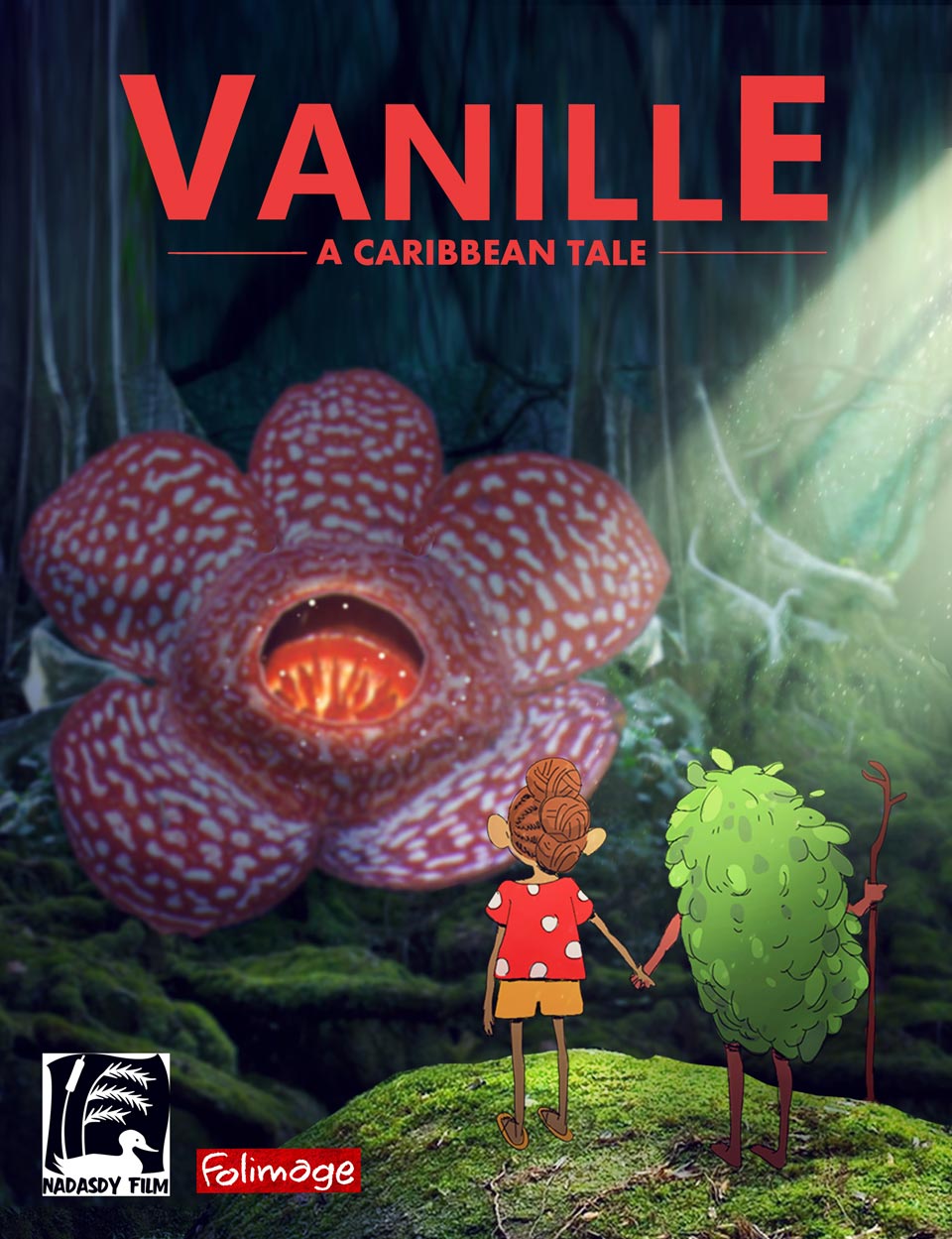 9 years old Parisian straightens her hair as usual every morning. But how could she know that in a few days’ time, she’ll be in the heart of the lush tropical rainforest in Guadeloupe, accompanied by a boy who was half child, half shrub, searching for the rarest of all flowers, the pollen of which was the only thing that could save her aunt from a dreadful curse?! Vanille doesn’t even realize that the key to her success resides in the very nature of her own hair… 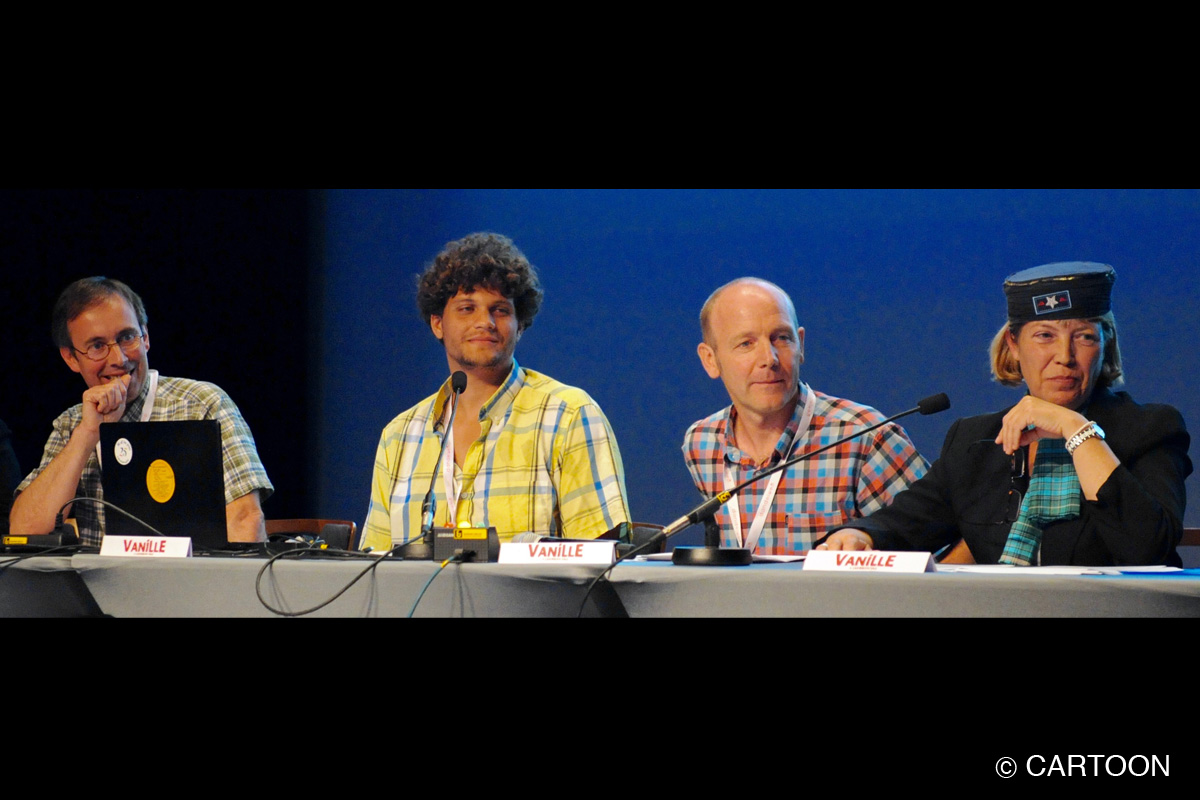 Vanille is a project for a TV special in development that is inspired by the Caribbean legend. It explores the beautiful island of Guadeloupe with an active Parisian girl named Vanille, who visits the island on her holiday. She encounters various wonders during her stay in the island and learns to accept herself as she is. In this TV special, characters are going to be drawn in digital 2D and the background is going to be based on live footage of the beautiful scenery from Guadeloupe.

We sat together with Guillaume Lorin and Corinne Destombes to hear more about the TV special in development.

Synthesis of Drawings and Live-Action Backgrounds

Animationweek (AW): Where did the initial idea of the project come from?

Guillaume Lorin (GL): The idea is inspired by a fairy tale in the Caribbean with a little black bird, called the Soukounian. It’s a very famous creature in the Caribbean that every island knows. I wanted to tell a story with this creature, which is really cool because it’s like a vampire, but it is mainly about a little girl who questions her identity.

AW: How did you develop the visuals and the characters for this story?

GL: In the beginning, it was all drawings. After a while, when I went back to Guadeloupe, I wanted to have a change and make the backgrounds live-action, with real footage. In order to fit the characters to the live-action background, I had to change the look of the characters a little bit to make them more realistic.

AW: How did you shoot the background and sets for live-action?

GL: We went to Guadeloupe with a team, with Sara Sponga, who was the Director of Photography. We shot images based on a storyboard that I made. We had to really carefully decide the angle when we took the shots. Once it’s chosen, you cannot change it later, as in regular animations, because it is not a drawing. In our case, we have to stay with the image that we took. So we had to prepare a lot before actually shooting. Once it’s shot, we re-draw some elements like plants in front for a better integration. If a character comes closer to the camera, the background becomes a drawing.

AW: So you started shooting the background images after making the storyboard and the layout, is that right?

GL: Basically, yes. We went to Guadeloupe first to look at the places where we wanted to go. I also used images from the shooting to draw the storyboard. When I worked with Remi Chayé, I showed him some images and videos that we shot. He also found it interesting and did a storyboard from these images. It went back and forth between filming and drawing.

Corinne Destombes (CD): The idea was also for the audience to experience the same view point of Vanille. She discovers Guadeloupe for the first time. We want to show a new way of seeing that place. At the beginning, when Vanille is in Paris, France, there is no live action. Live action begins when she arrives in Guadeloupe. It’s new for her and she’s in a new scene. That is quite interesting. 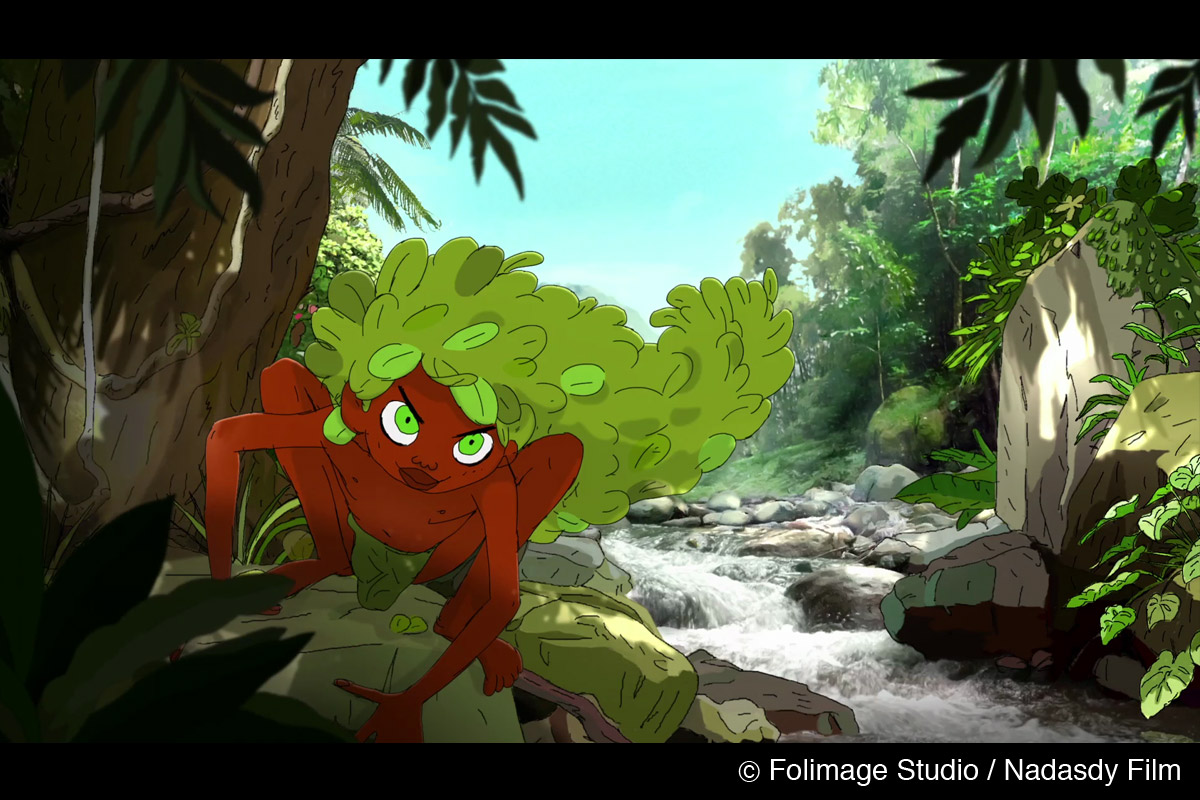 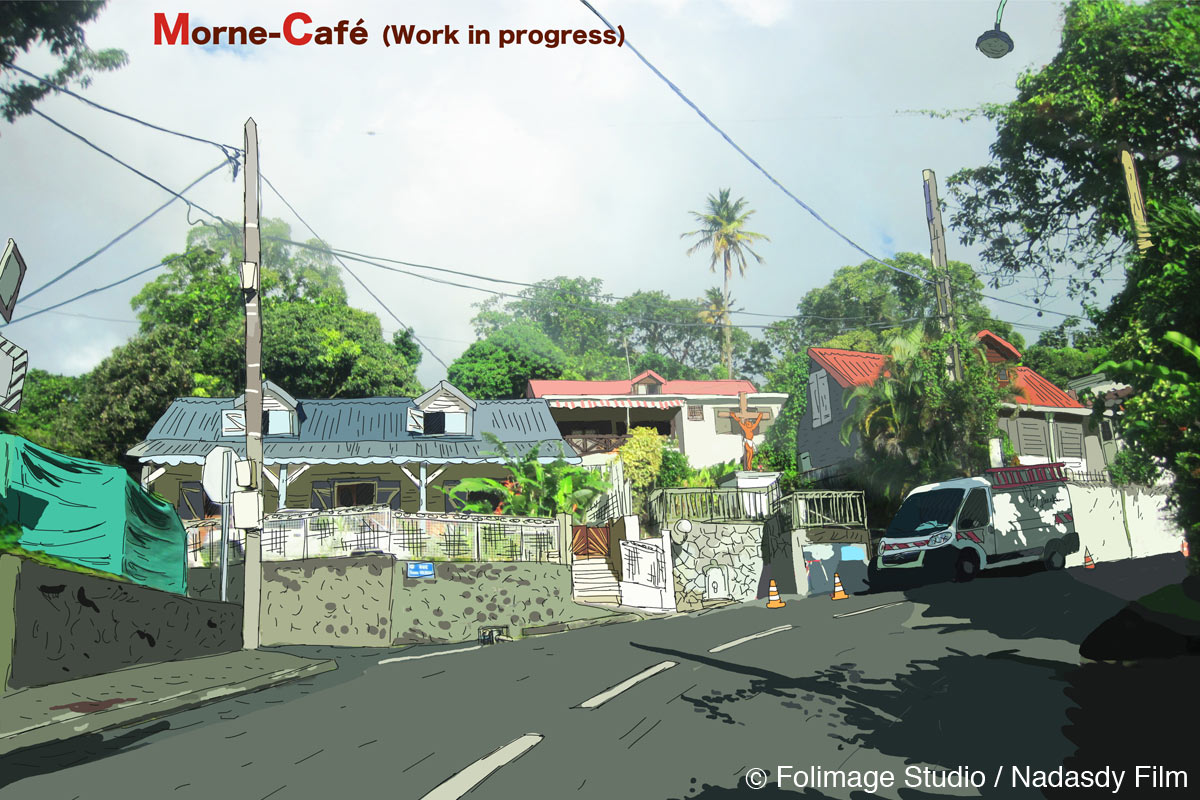 “Accept Who You Are”

AW: What kind of message would you like to deliver most through this animation?

GL: We have a lot of messages, but for me, the main message is to accept who you are and where you come from. Love yourself the way you are. In the story, Vanille doesn’t like her hair. When she goes back to Guadeloupe, she meets other people who likes her hair the way it is. Her hair is just like a personal symbol. She will learn to love herself the way she is, the color of her skin, the way she acts, and it’s all about accepting who you are. Then, you can surely start being happy. 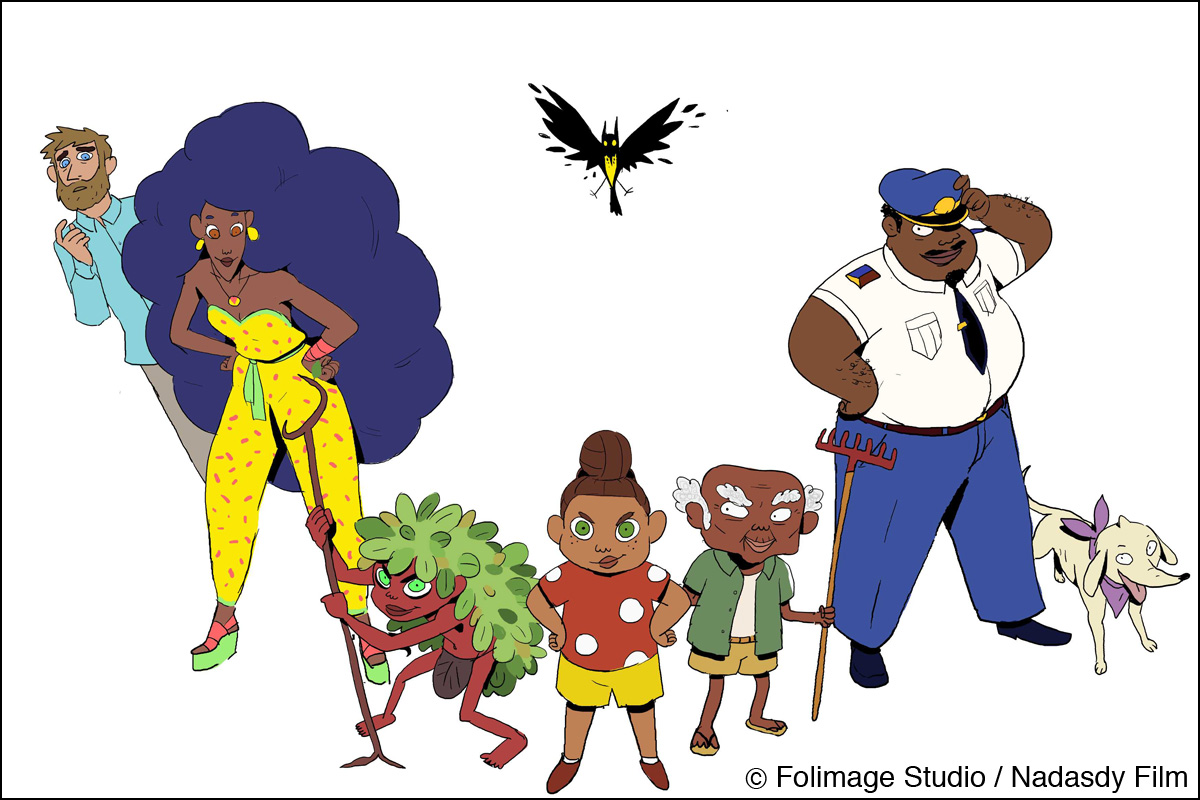 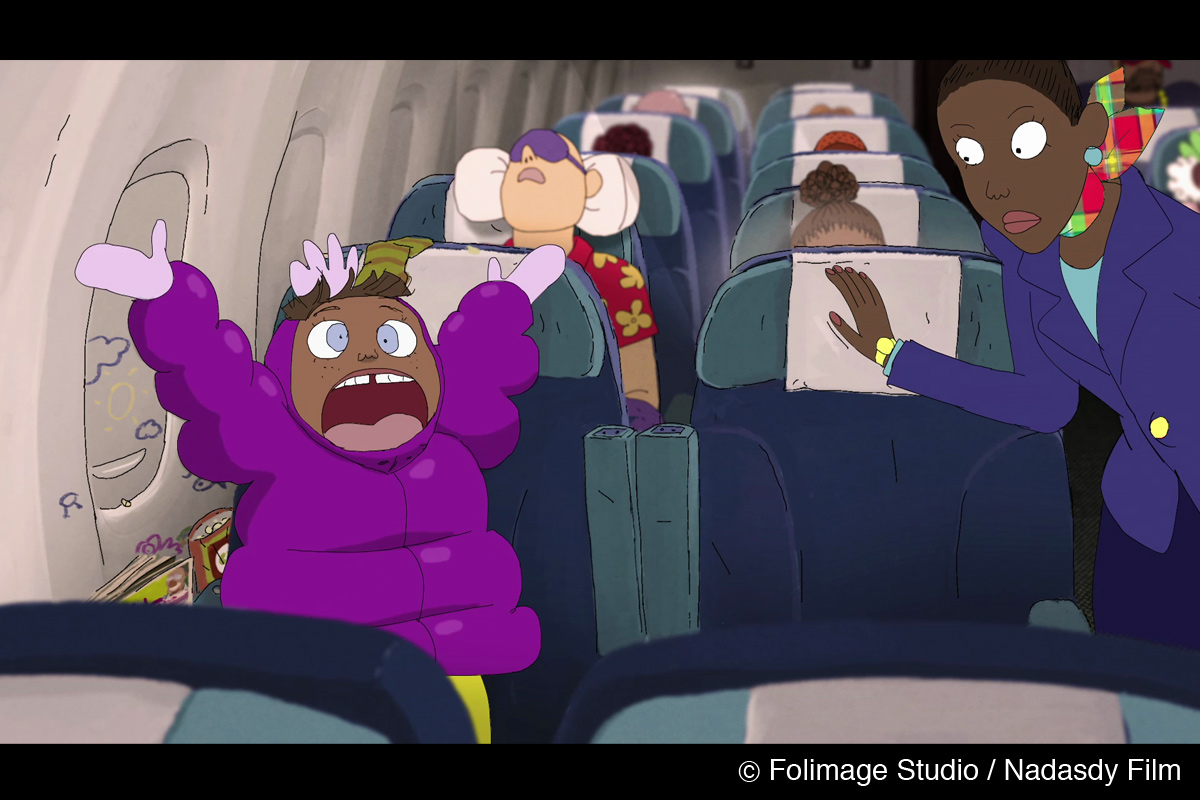 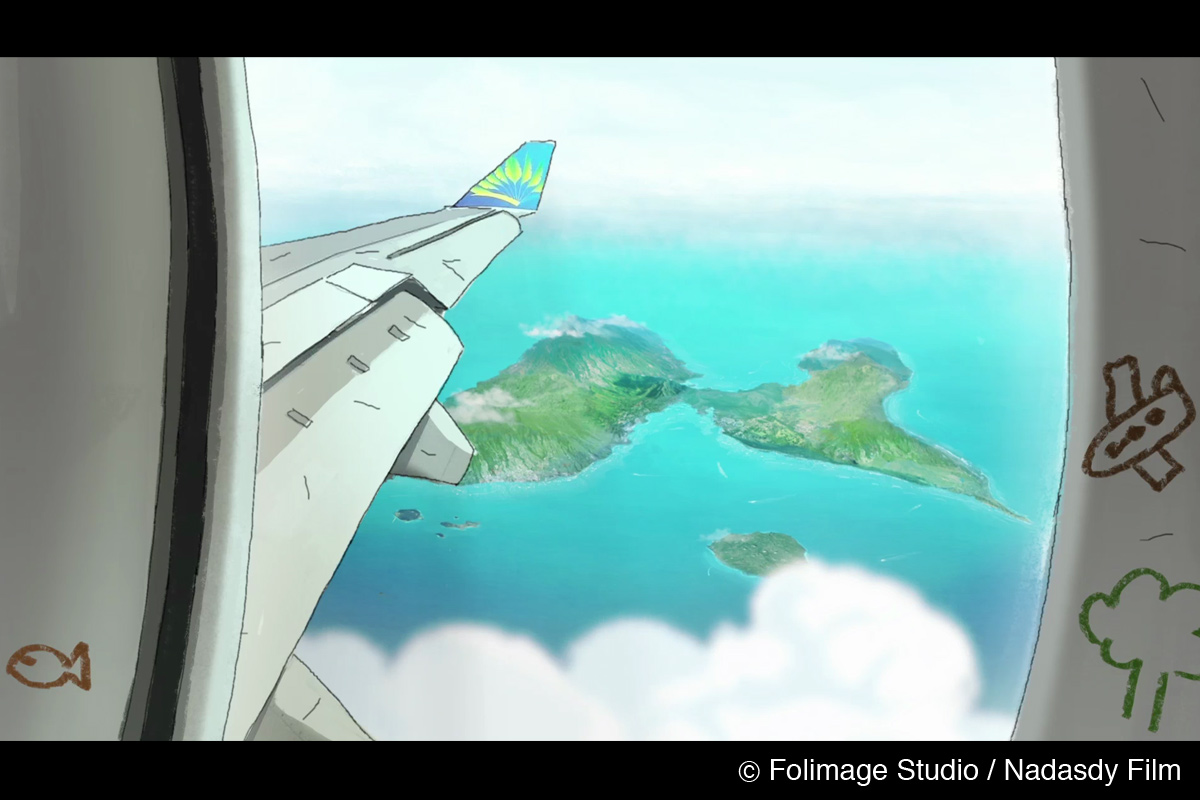 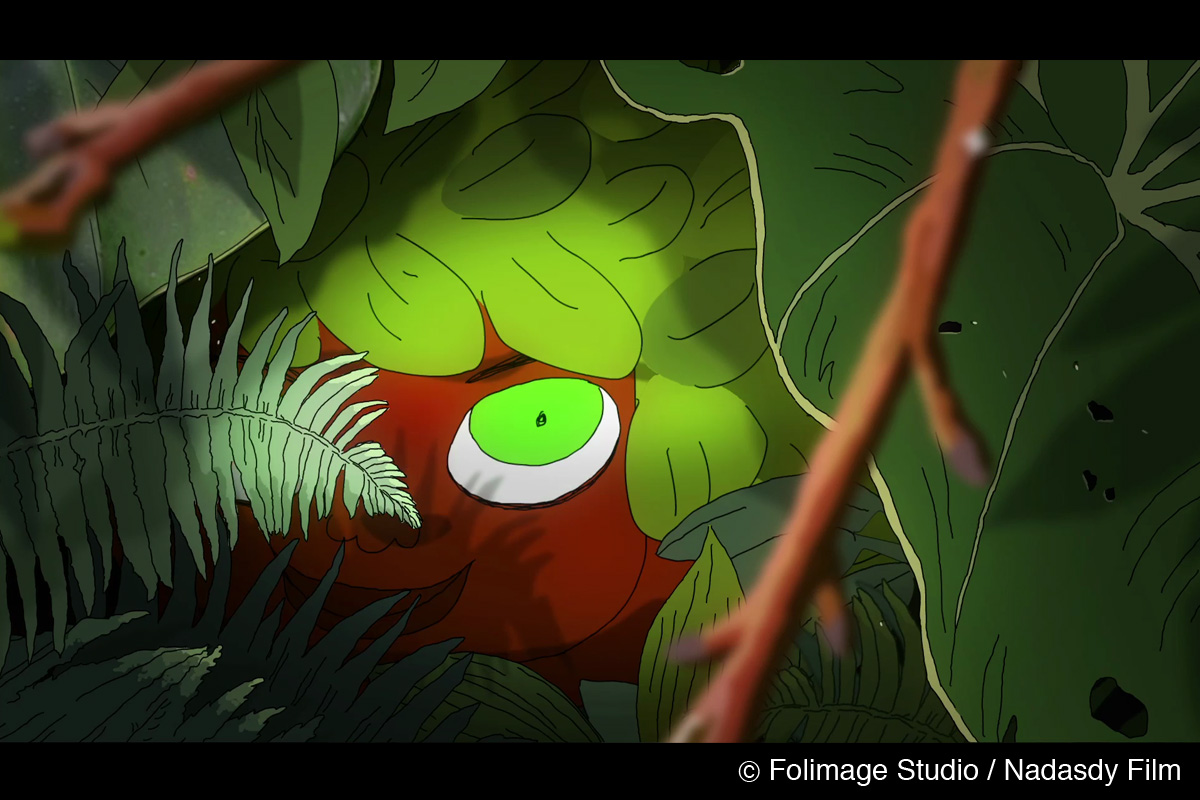 AW: What kind of support are you looking for at this stage?

CD: We need a broadcaster, French or European. We also have a plan to develop content across platforms and devices after the TV special. So we are searching for perhaps a publisher, producer and distributors as well.