15. “Love, Passion and A Pontiac Bonneville”

Love, Passion and A Pontiac Bonneville 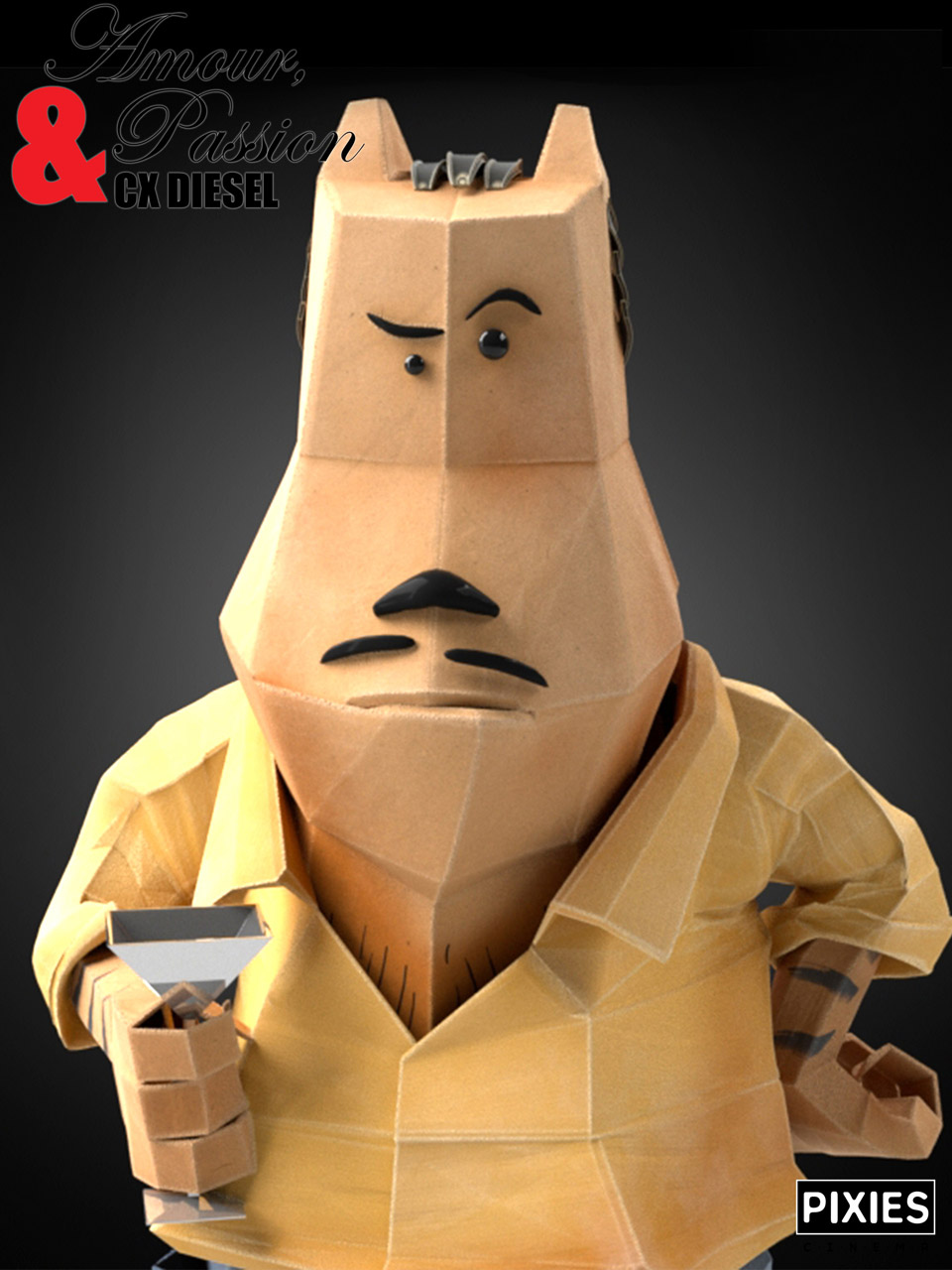 When Harold, the family patriarch, announces that he has Alzheimer’s, pandemonium ensues. The children – Bill, Brandon and his wife Jessifer, Pamela and her husband Tony, and John Mortens – will do everything they can to try and get their hands on the family jewel: a 1984 Pontiac Bonneville! Against a backdrop of sibling rivalry, stupidity, adultery, death, unemployment, unplanned pregnancy, and unexpected adoption, experience all of the pettiness one family can inflict upon itself in order to get its hands on an inheritance, with hilarious results. 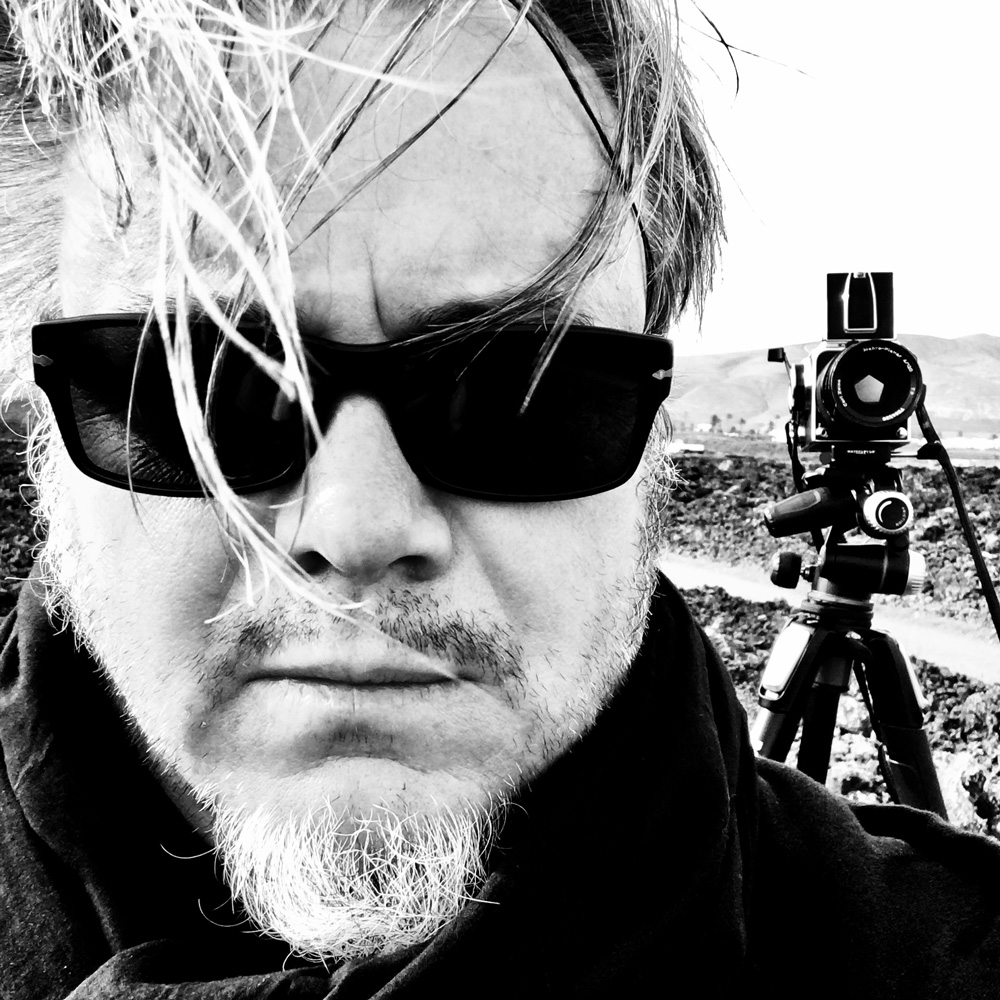 Love, Passion and A Pontiac Bonneville is an anticipated comedy animated series for young adults and adults. Its uniqueness also comes from the attractive look of the papercraft style. It’s based on a comic titled Amour, passion et CX diesel. We had an opportunity to hear the story behind the project from the producer Rémy Badan during Cartoon Forum 2016. We are happy to share his words with you.

A unique visual style of a universe with “paper toys”

Animationweek (AW): How did you encounter the original comic and what made you decide to make an animation of the story?

Rémy Badan (RB): A friend of mine sent me the comic books and I thought that they were so funny and we could find maybe a way to put that into an animation project. Then I called my friend, Director Frédéric Mayer, who I’ve been working with for years and actually, he loved that story already.

AW: So you tried putting your original colors into your animation, didn’t you?

RB: Yes, exactly. We decided to work on an art style we called “paper toys” to make the texture of characters, set, and props have the feeling of paper, because the whole story comes from comics, a paper medium. On the other hand, we tried to stay in the same spirit of the color of the comics. When we showed the visuals to the original author, Fabcaro, and the illustrator, James, they said, “Wow, it’s great because it’s our old characters, but different. They come alive!” They were afraid about what we would do with their creation, so now we are working with them. 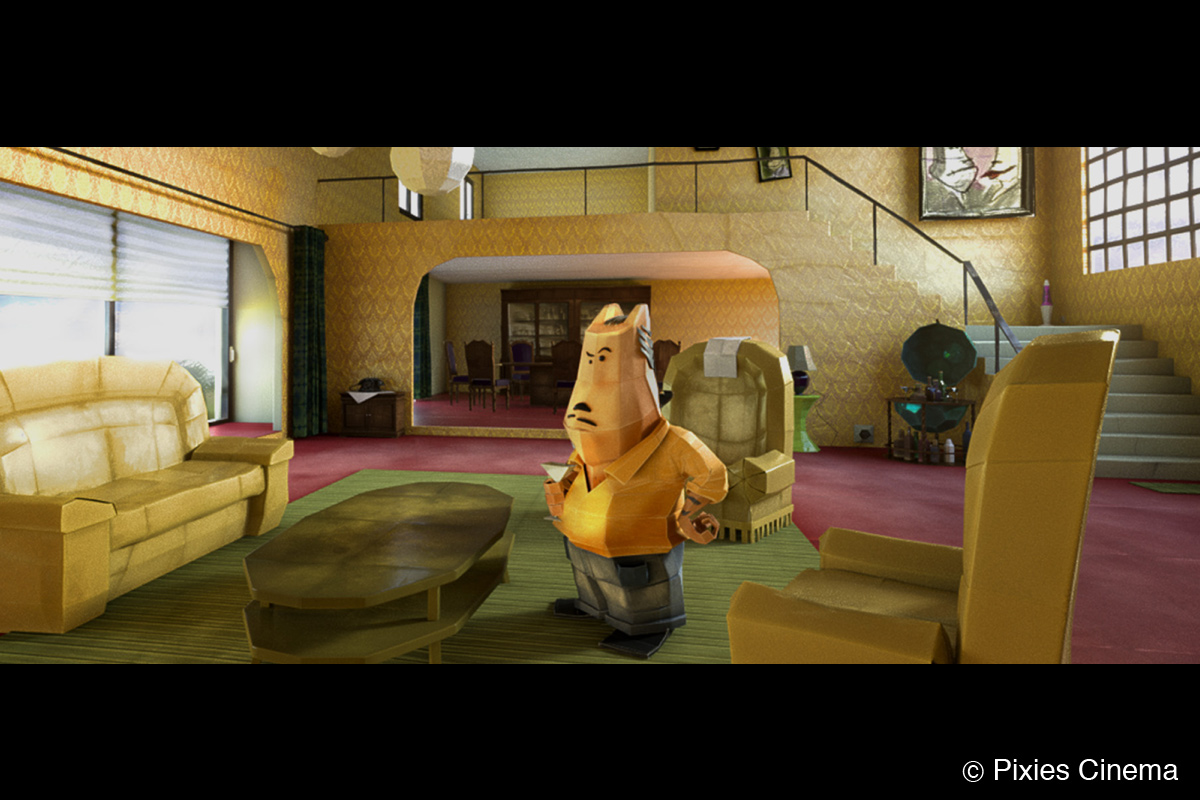 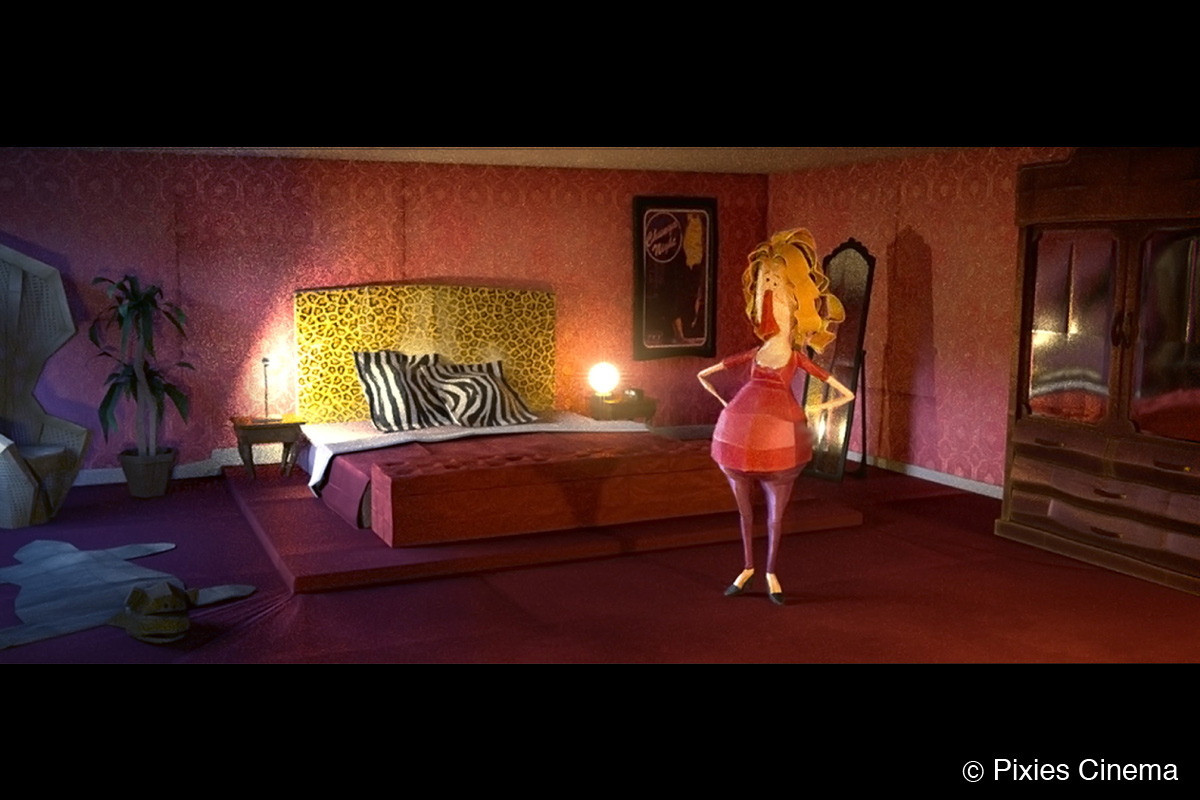 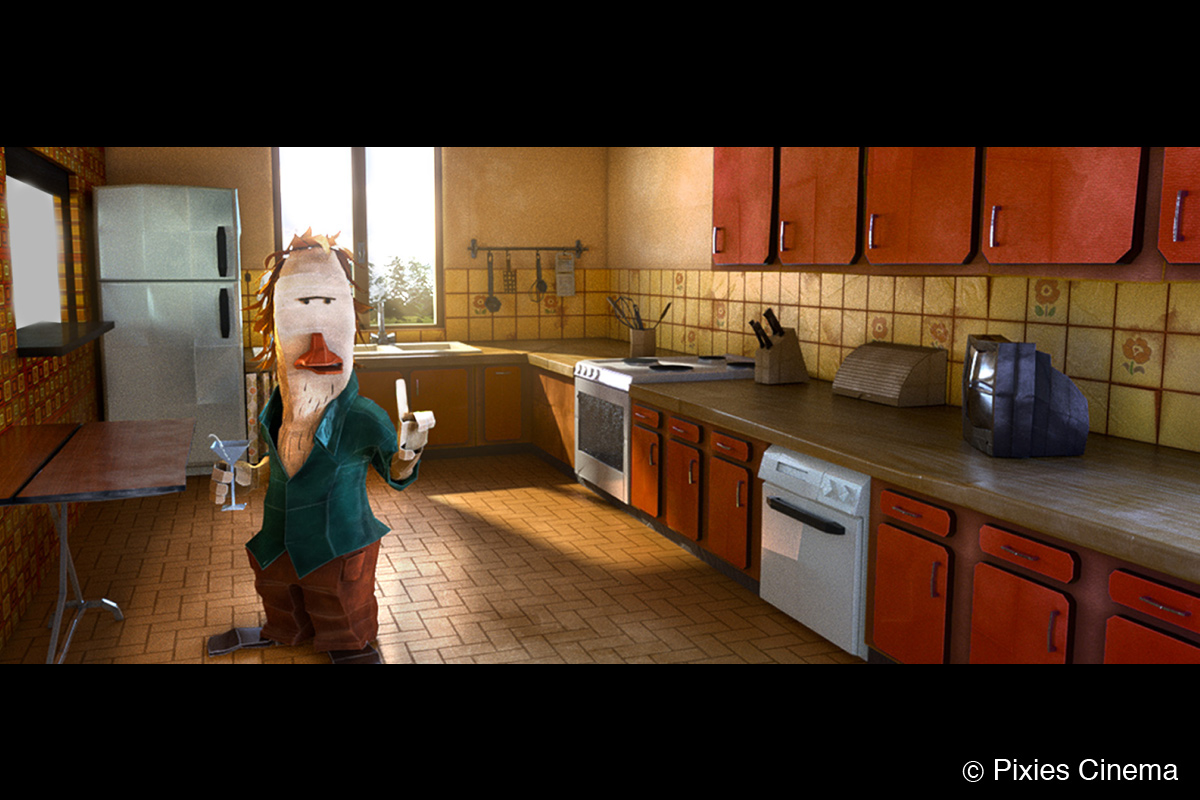 AW: How did you develop the papercraft-like visuals? What kind of difficulties were there to make the art style?

RB: At the beginning, our intention for the animation style was a little bit more like Pixar’s 3D animation. But it felt classical and expensive for us. So we decided to change that and started to brainstorm. I said to the crew, “I want something more rock-and-roll. Something more surprising and what we have not seen yet.” Then, Frédéric came up with the idea of paper toys or a papercraft style, because we have a lot of types of papers in my office.

After that, we checked a lot of origami works and paper toys made by artists all around the world. And finally, we decided on the rough polygon character model and made some images of Brandon, one of the main characters. It’s absolutely great. We love that, but we wondered how the character moves, because the model was very square in a way. We tested bending arms, moving hands, and turning heads with some characters. And we made the pilot, which proved that the style of 3D characters could talk and move! Maybe the most difficult thing was to find the way to make them move softly and free. 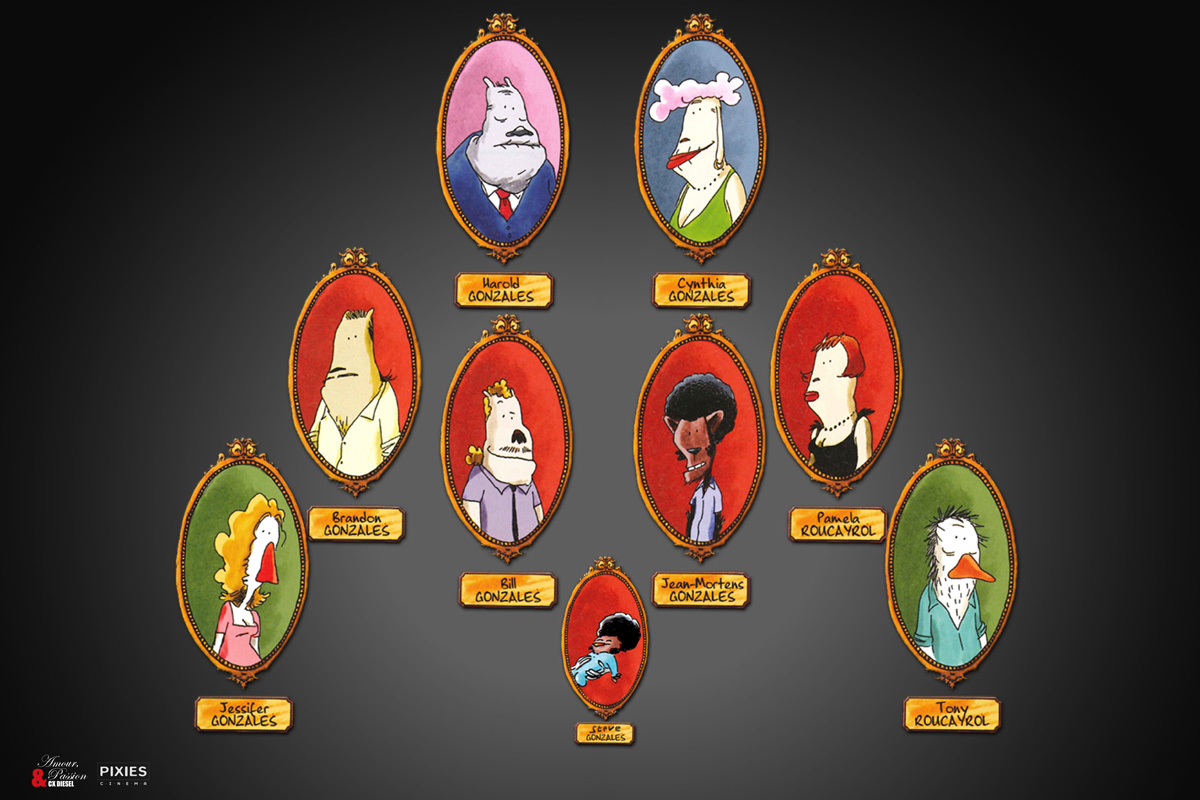 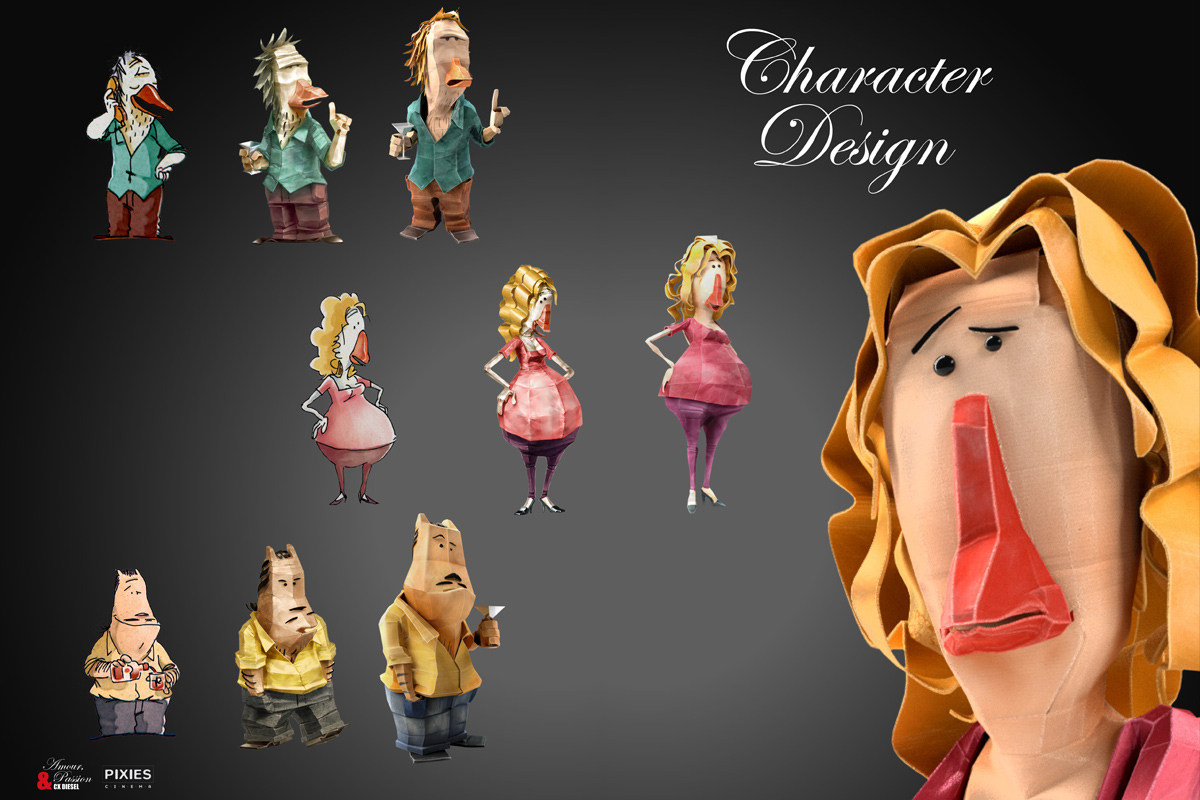 AW: About the story, did you create the original story or add new things to it?

RB: In the comic book, a stupid family doesn’t have any technology. For example, they are using an old telephone. The family bridges the old times and the future. They discover the things of modernity and they are stupid… It makes funny stories.

About your question, yes, Frédéric and I are making new things for the story of the animation with the authors of the original comic Fabcaro and James, because each story in the original comic books has only six drawings. So, we cut pieces from the book and put them on the wall, and made one episode by using them as elements of the story, like a piece of dialogue or situation. We put new ideas on a wall. If it’s not funny enough, we put that on another wall to think about later. We have another wall for bad ideas. We think maybe someone can use them later. Then, we put good ideas into the six drawings to make a 26-minute story. The whole original story is based on three comic books, and we used one book for one season.

AW: Could you please tell us your favorite characters or scenes in the animation series?

RB: When we started to work with Fabcaro and James, we were on the table and I said, “Okay guys, what are those people doing in their life, what are they, what job they have?” We didn’t have a bible for all the characters’ details. So, we needed to create all the details to write a show. For example, what was the father of the family doing in life before he went into his retreat? What type of newspaper is he reading? What type of show is he looking at on television? We need to create all universes; all characters, and now we know perfectly who’s who, what type of accidents they can have in the stories, and what types of stupidity they can make.

We’ve created a very small dog, called Titan. In one episode, Titan starts to talk to only one person who can understand what he’s saying, Brandon. Jessifer, Brandon’s wife, is a nymphomaniac and she has sex stories with Tony and Bill. The dog is looking at Brandon and saying to him, “You know, your wife is having sex stories with your brother.” What Titan talks about is the whole truth, but Brandon doesn’t believe him, because it’s a dog. It’s funny to me. We also created a gym coach who teaches everybody in the family. He is a Brazilian guy inventing new techniques in having the perfect body.

AW: Did you face any difficulties in making animation for adults?

15. “Love, Passion and A Pontiac Bonneville”