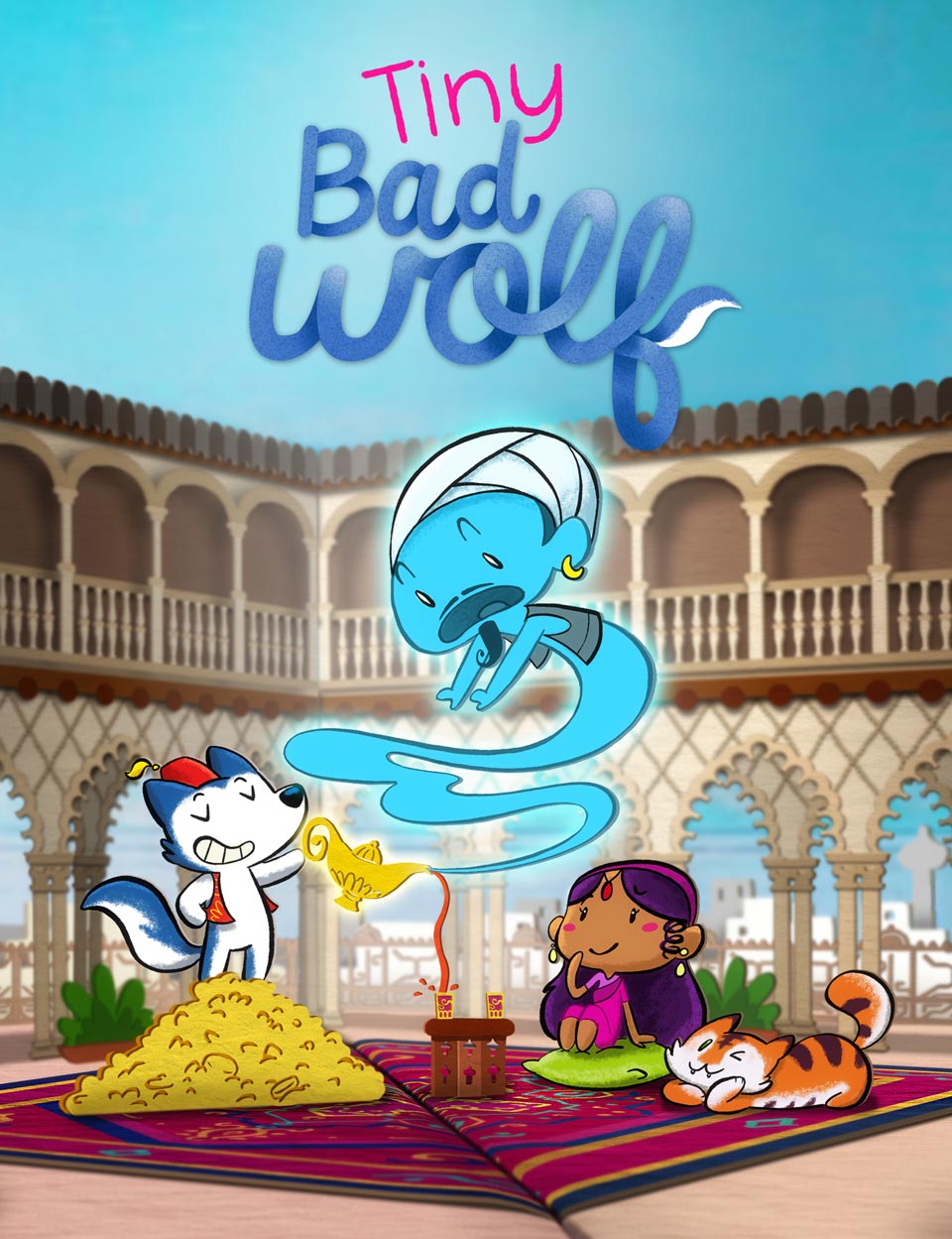 It’s just not fair: the wolf gets the bad deal in fairytales. He is always the Baddy! But Lupin is cool… and he dreams of being a Hero. So, he decides to sneak into the fairytales fabric, and take on the hero’s identity on the spot, convinced that he can do things just as well. The problem? Lupin is an impulsive, cocksure little kid, and since he insists on doing things his way, he creates a terrible mess! But since he’s also eager to come up with a happy ending, he always goes out of his way to repair his mistakes. He may not be a hero, but by dint of learning from error – Lupin will one day grow up to be a big friendly wolf! 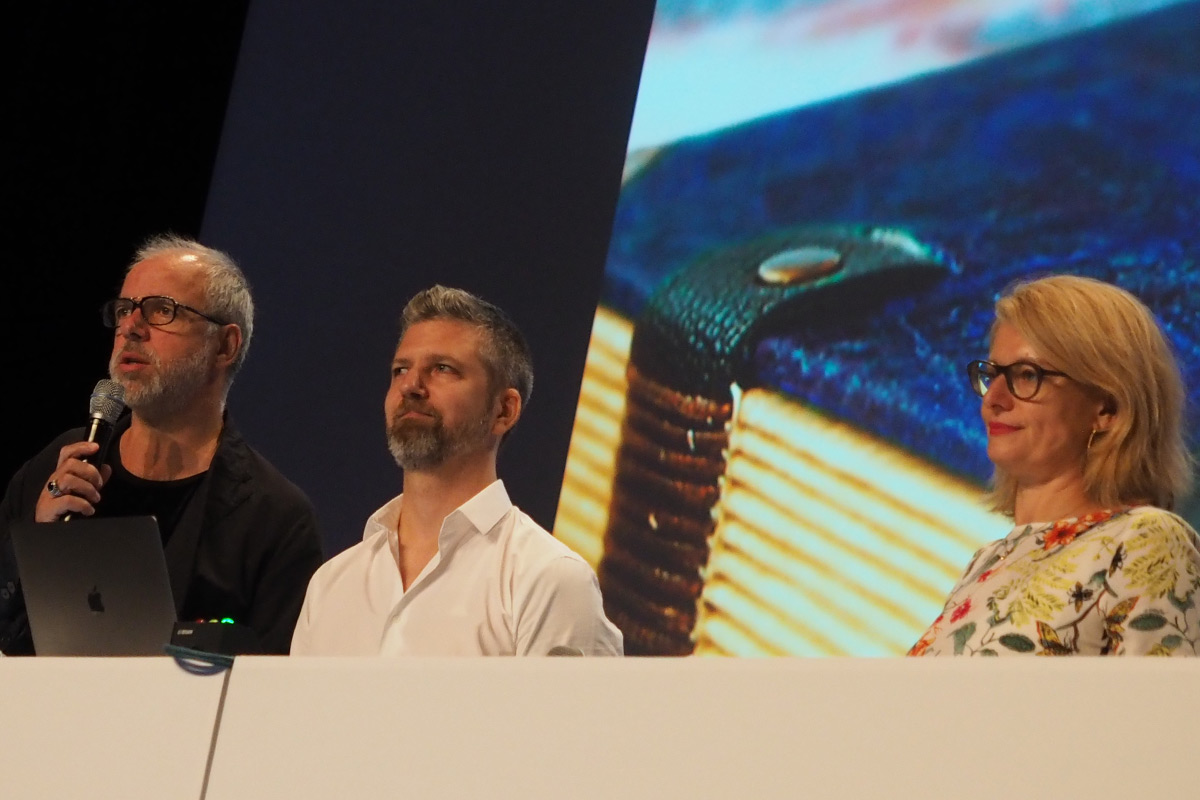 Tiny Bad Wolf is a new TV animation series project which takes an unexpected turn from the original fairytale formula. The project was pitched during Cartoon Forum 2018 and gathered a lot of interest from many attendees of the event, including a lot of investors.

I found two big characteristics of the project that makes the project very unique and attractive in their presentation. First, it is a story of a wolf who has a good and friendly personality and wants to be a hero, although he seems to be a bad guy from all characters in the universe of the story because, as you know, the wolf is traditionally a bad character in a lot of fairytales. Second, the whole universe of the animation is a pop-up book. Each page of the pop-up book will be a scene with cute characters acting and showing the story only on the open pages of the book. I personally felt that this animation series can make kids see imaginary characters in a kid’s room come to life in front of them, as you can see in the teaser.

To learn more about this interesting project, I interviewed Marc du Pontavice, the producer and the CEO of Xilam Animation, and the two main creators of the series Nicolas Le Neve and Laura Muller.

Hideki Nagaishi (HN): Before starting the questions about the project, I would like to hear about the studio because you are the president. Could you please let me know how your studio started?

Marc du Pontavice: Xilam started in 1995, more than twenty years ago. At that time, we positioned ourselves more into slapstick comedy and we created some shows that made huge worldwide success such as Oggy and the Cockroaches and Zig & Sharko. That established a reputation for the studio that would help us grow a lot. We produced pretty much 2500 episodes so far in the past 20 years. And recently, four or five years ago, we decided to expand and diversify our portfolio and that is how we started to produce pre-school shows. So, three years ago, we started a show called Paprika which is just starting to launch this year. Now, we are moving up with a new pre-school show, Tiny Bad Wolf.

HN: What do you think is the unique selling point of your studio?

Marc du Pontavice: I think it is both depth in the concept, and immense precision in the execution. So, what we want to achieve with our shows is that for only a few seconds on screen, it distinguishes itself visually, sound-wise and story-wise. There are so many offerings nowadays for kids, so you need to create a hook with them very quickly and that needs a lot of work, visually, sound-wise, story-wise, all of that. This is what we are trying to achieve.

HN: I would like to ask you a little bit about the project. How did the Tiny Bad Wolf project start?

Marc du Pontavice: For the past 5 or 6 years, every year we launch within the studio what we refer to as a “Call for project” and everyone in our 400-person studio can participate. We give a description of the kind of show we’re looking for. Two creative writers, Nicolas Le Neve and Laura Muller, decided to make a proposition. They had this great idea of the traditional bad character, the wolf, who doesn’t want to be bad, he wants to be good. He wants to be a hero. This entire concept lies on the willing of being a hero, but with the difficulty of being a hero. While this is difficult, this is a way of learning and getting to know yourself for finding your identity.

Marc du Pontavice: It really is the creators, Nicolas and Laura. They really came up with that great idea. What I like about this is the idea that a book contains a whole world, which is very nice. Also, it is one indirect way of telling the kids that books are great, they are exciting, and it triggers the imagination. What I love most about kids is that sometimes, they can play with barely nothing. They don’t always need electronics. And a pop-up book, is very simple. It’s just like a little theater.