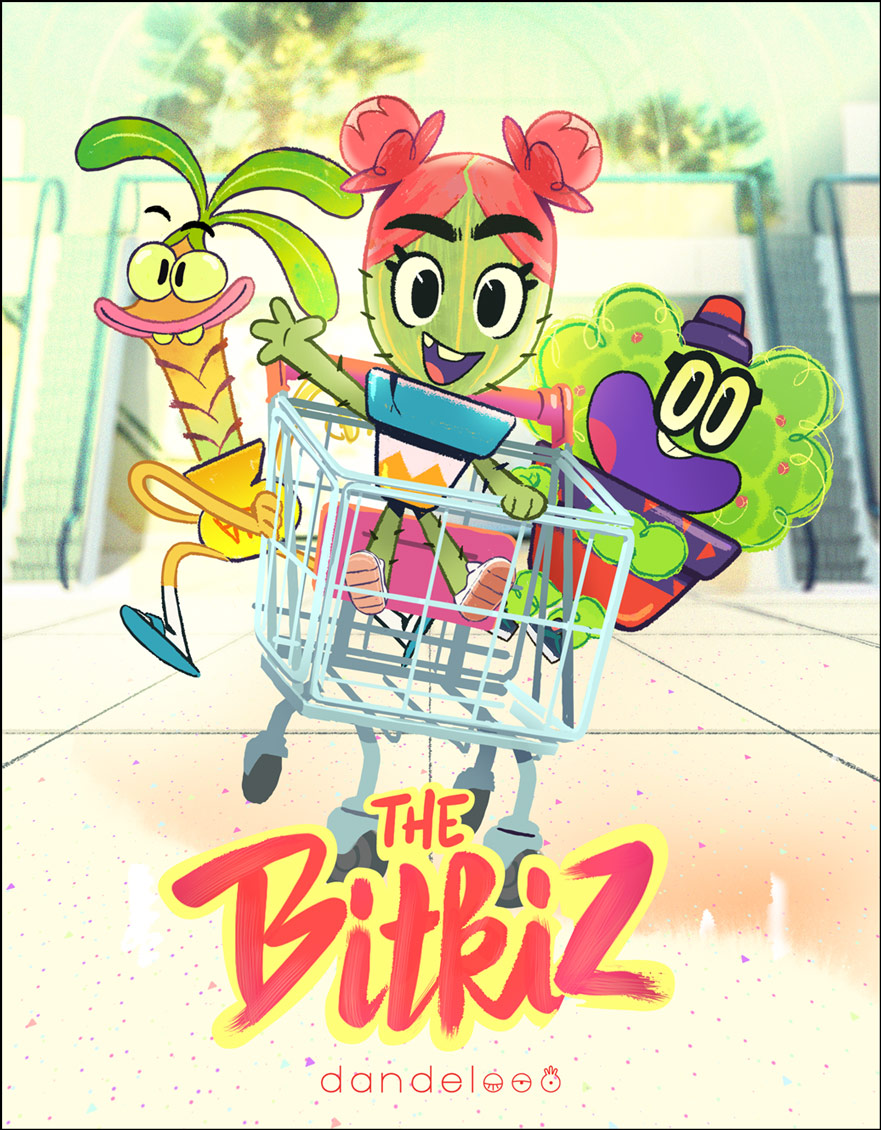 We follow the crazy adventures of 3 friends in the SunnyDay mall. Oh, and by the way, they are plants! Have you ever dreamed of spending the night in a shopping center? The whole place is empty and the shops are still open, so you can do whatever you fancy… Tempting, right? Well, the Bitkiz have done it! Even better, Mia, Pete and good old Al are there every night as they actually live in the SunnyDay shopping center and they are never short of ideas. But, the only limit to their playground is the glass ceiling of the shopping center. 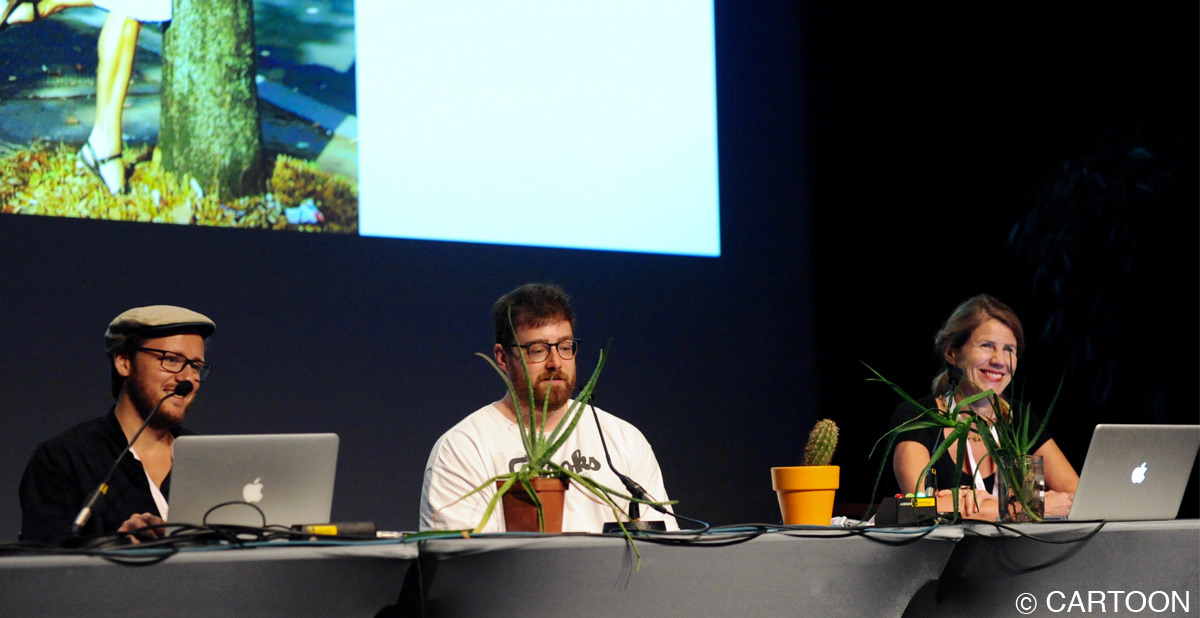 The Bitkiz is an anticipated animation series in development by French animation studio Dandelooo. It is a fun and playful story that explores the afterhours of a shopping mall with three main characters, who are actually plants, with a secret that they can move and play around during the night.

We heard the story behind the project from one of the producers, Emmanuèle Petry-Sirvin.

Start of the Project

Petry-Sirvin tells us that the project started as a unique encounter through one Facebook message: “I got a Facebook message from a guy whom I don’t know saying that he wants to do an animation together with us. We arranged to meet up and told him that I’m looking for a crazy comedy for 6-10 year-olds. Then, he came back with a one-page pitch about the secret plants in the shopping mall.”

Later, Petry-Sirvin says she discovered that Cyril Deydier, the writer, contacted Dandelooo when he was working as a steward at Air France. “He’s on the airplane all the time. He looks at plants everywhere in many airports and got this idea. He is also a writer and writes stories in his hotel room while he travels.”

After a year and a half of development of the story by Deydier, they contacted Antoine Rota, the director. Petry-Sirvin says, “Antoine Rota is a very talented Swiss director and graphic artist. He loved the idea of the story and designed the plant characters. We are having fun imagining each character by thinking about the people around us whom we know. We have been working on them for two years, such as creating backgrounds and building the relationship among the characters”.

For the TV series, each episode has to be developed. Petry-Sirvin explains that it is a brainstorming session between Rota and the writers. “Last year, we had a workshop with writers. We had 6 writers in one room for three days, exchanging ideas. At the end of each day, they bounced one idea off each other and wrote a script. It was a very collaborative way of coming up with the story.” 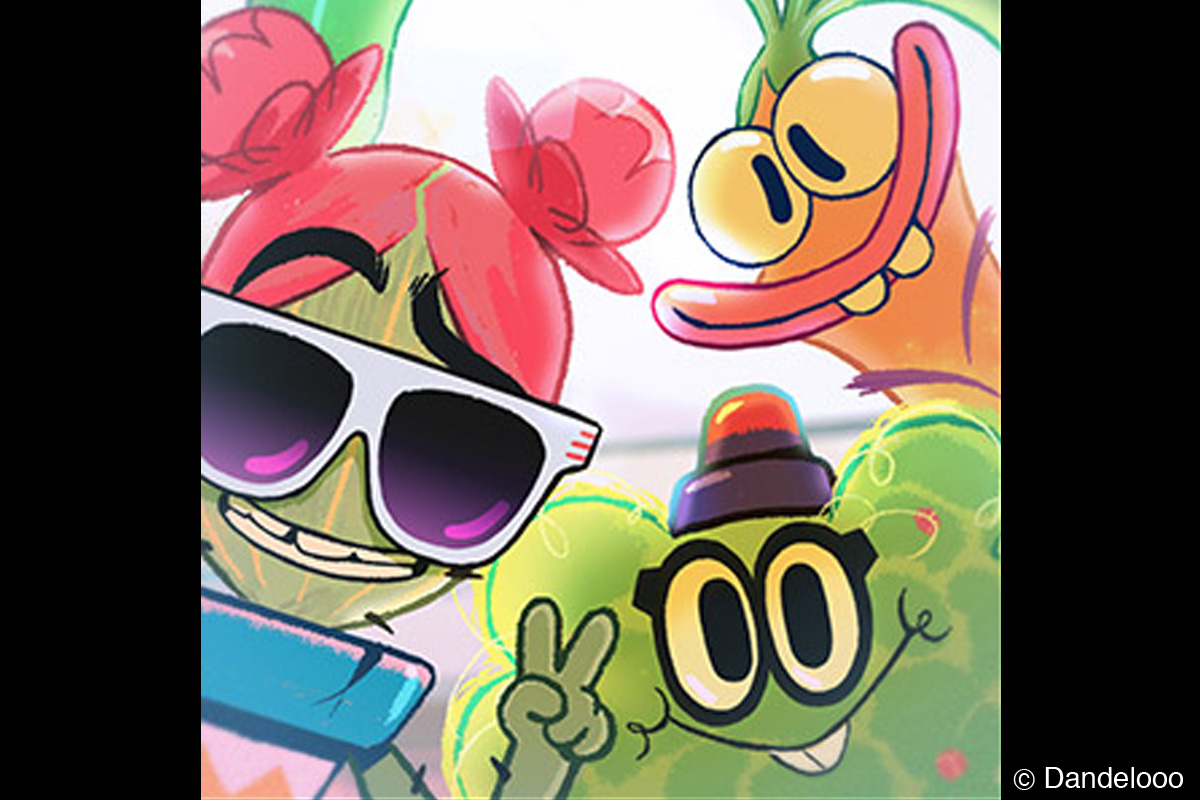 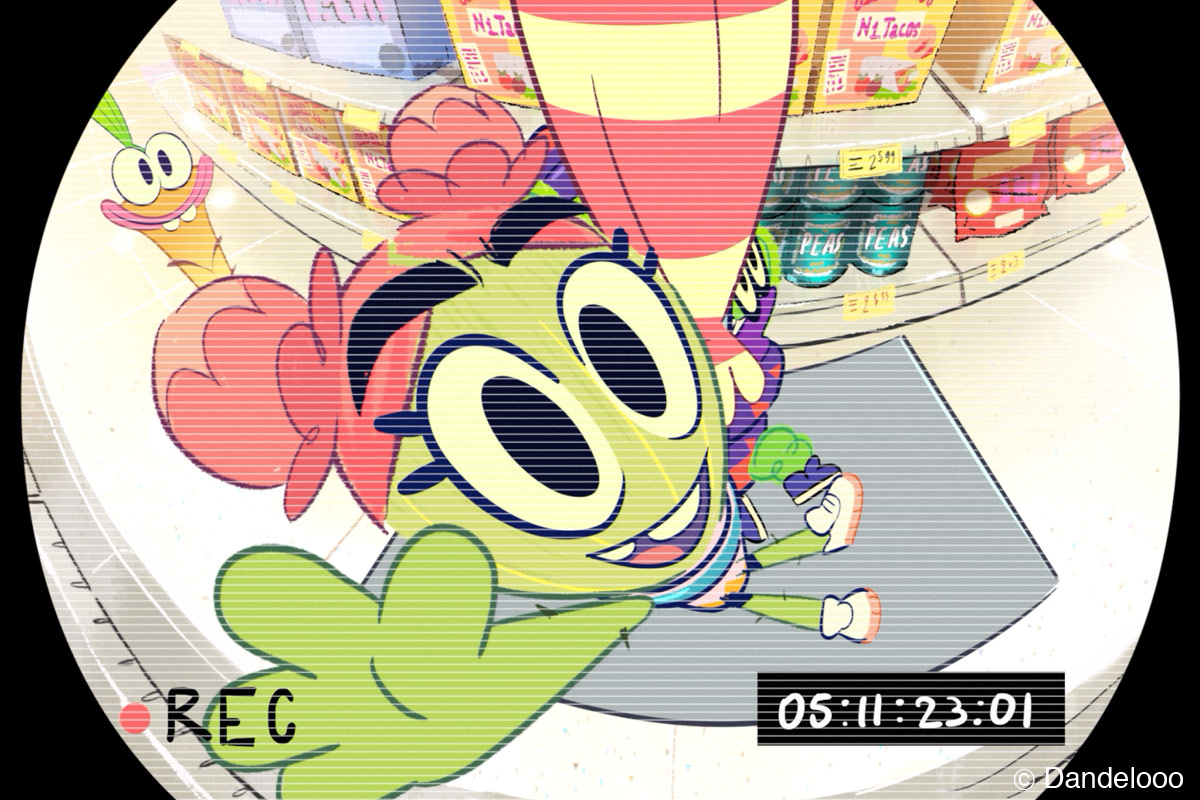 “A Mirror of Kids”

Petry-Sirvin thinks that one of the attractive features of The Bitkiz can be that the characters are described as a mirror of kids who would watch the animation series. “Kids could love going to the SunnyDay mall because they can do anything they want there. The characters in the story can be seen as themselves. Any kid can relate to that story to be inside of the The Bitkiz world. It is also a dream for kids to think, what you would do if you were not to have any parents or adults around, and you can do anything you want!” It is a fun adventure that every kid can imagine and relate to.

Petry-Sirvin says that they are currently trying to consolidate the interests from broadcasters and plan to continue the development of the animation. They also have an idea to put together a co-production either with Belgium, Luxemburg, Canada or Korea, but they are open to any kind of co-production.