Creating global fans in the wake of high entertainment 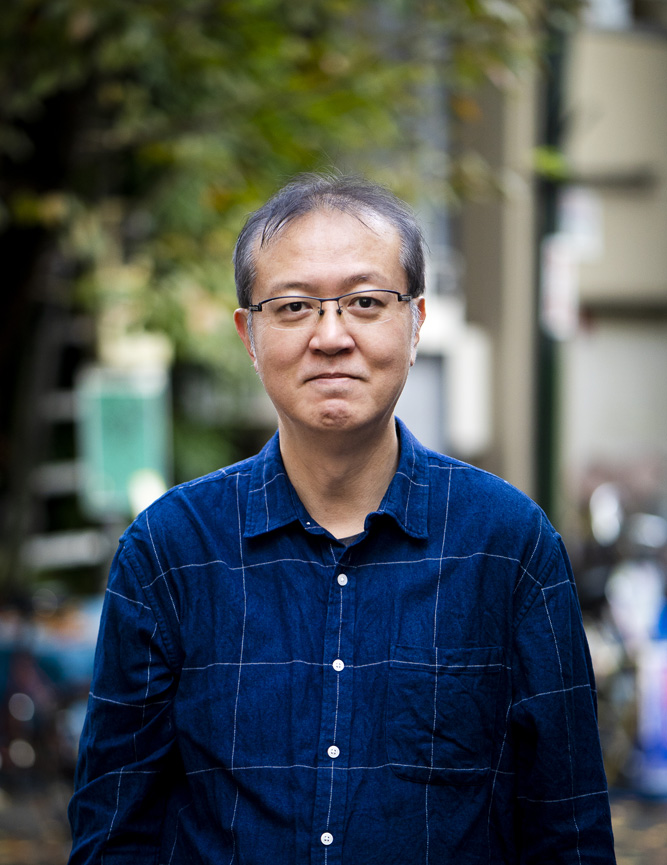 After building his career in live-action film making, OTSUKA joined Studio Ghibli. He was an assistant to the director for Pom Poko and Whisper of the Heart. OTSUKA later joined GAINAX and participated in the production of Neon Genesis Evangelion along with other animations. While working on other animation titles, he also took part in Love & Pop, a live-action film as an assistant director in which he was accounted for his background career. ANNO Hideaki appointed him to become the director for Petite Princess Yucie, which became his first directed work. In 2011 OTSUKA founded TRIGGER along with IMAISHI Hiroyuki and MASUMOTO Kazuya.

There is no doubt that expansive, well-structured stories that last over many episodes throughout a series, and engaging action scenes with ambitious compositions and high-adrenaline motion, are two of the most iconic characteristics of Japanese animation and recognized as bywords for the artform among the many fans that are outside of Japan. TRIGGER is a distinguishing Japanese animation studio that takes those characteristics and pushes it to the next level.

Since its establishment in 2011, TRIGGER has been the center of attention in the huge, worldwide Japanese animation community by consistently putting out high-quality animation series with well-structured and attractive science fiction and fantasy stories with appealing, strong characters that quickly becomes a hot topic in the industry, with titles such as KILL la KILL*1 (2013), Little Witch Academia (2013), Space Patrol Luluco (2016), Kiznaiver (2016), SSSS.GRIDMAN*2 (2018) and BNA: Brand New Animal (2020), just to name a few. In 2019, they made an impact on the Japanese animation industry due to the positive reactions from the worldwide cinema market on the theatrical release of PROMARE*3, their new, eagerly-awaited original feature film.

In addition to TRIGGER’s notable reputation as a studio, they also became pioneers in the animation market. They ran a crowdfunding project on Kickstarter in July 2013 to develop the sequel to their short film Little Witch Academia (2013), and the project accumulated 150,000 US dollars in just the first 5 hours and reached about 625,000 US dollars by the end of the campaign in August 2013. It led to their first original feature film Little Witch Academia: The Enchanted Parade (2015). In effect, the global animation industry now knows the power of animation fans and the potential of crowdfunding for raising the budget in an animation project.

TRIGGER aims to create a new way of enjoying animation by increasing opportunities for staff and fans to communicate directly. This approach is based on the experience that OTSUKA Masahiko, now the president of TRIGGER, felt during his time working for GAINAX: “We want to deliver our voices from the production team to the fans.”

This is a special interview with studio president OTSUKA Masahiko, who is also famous for his works as a director and assistant director at STUDIO GHIBLI, GAINAX and TRIGGER. His goal with the interview is to give you the story behind their creations and the roots of their originality.

Please let us know the reasons behind and the opportunities that led to establishing the studio.

OTSUKA Masahiko: It’s been about ten years since our studio was established. At the time, I belonged to studio GAINAX along with the people who would later become the core members of TRIGGER. Neon Genesis Evangelion, directed by ANNO Hideaki, may be the most famous title among the works of GAINAX, but at the time I was part of a team a bit different from Mr. Anno’s crew, and we were in the beginning of developing GURREN LAGANN, a different direction from Neon Genesis Evangelion.

Additionally, we wanted to try new approaches in creating animation and interacting with our fans, so we wanted to challenge our potential and find out how far we could go without GAINAX, even though the name was a big brand. Then, we told the company that we wanted to leave and establish our own studio. The company told us, “good luck”, and sent us out. So, we established our studio, TRIGGER, with the main members who had worked for GURREN LAGANN. Therefore, I think the biggest reason for the establishment is that we wanted to challenge ourselves to something new with our own abilities.

Please let us know about the features and strengths of the studio, its direction and the category of work that your studio is strong in.

OTSUKA Masahiko: As for the studio’s features, TRIGGER always places great importance in the intention of each director. Fortunately, we’ve been able to create many titles with original stories, although it is the directors who can guide works that are not adaptations. So, rather than having a shared vision of the studio, we first focus on what we think is the most important thing in creating original works: what impression the directors have for each title and what the directors really want to express through each work.

As for the type of works, the main director of TRIGGER, Mr. Imaishi, is good at creating action animation, and we have a lot of staff who are attracted to it, so as a result we are inclined to create animations that have many action scenes, even among other works of entertainment.

Entrusting the work to a director, because the director has a solid vision on what he or she really wants to create

Your studio has been developing quite unique animation titles. I would like to ask you three questions on how you attained that originality.
– How does your studio decide the stories or projects to develop, and what criteria does the studio have for the selection of titles?

Directors bear heavy responsibilities in creating animation works because it is a very hard mission and it requires each and every staff member to work on tasks that require perseverance. I think only those who want to create animation despite the difficulties and responsibilities can take on directing.