Considerable craftsmanship brought out by a talented stop-motion team 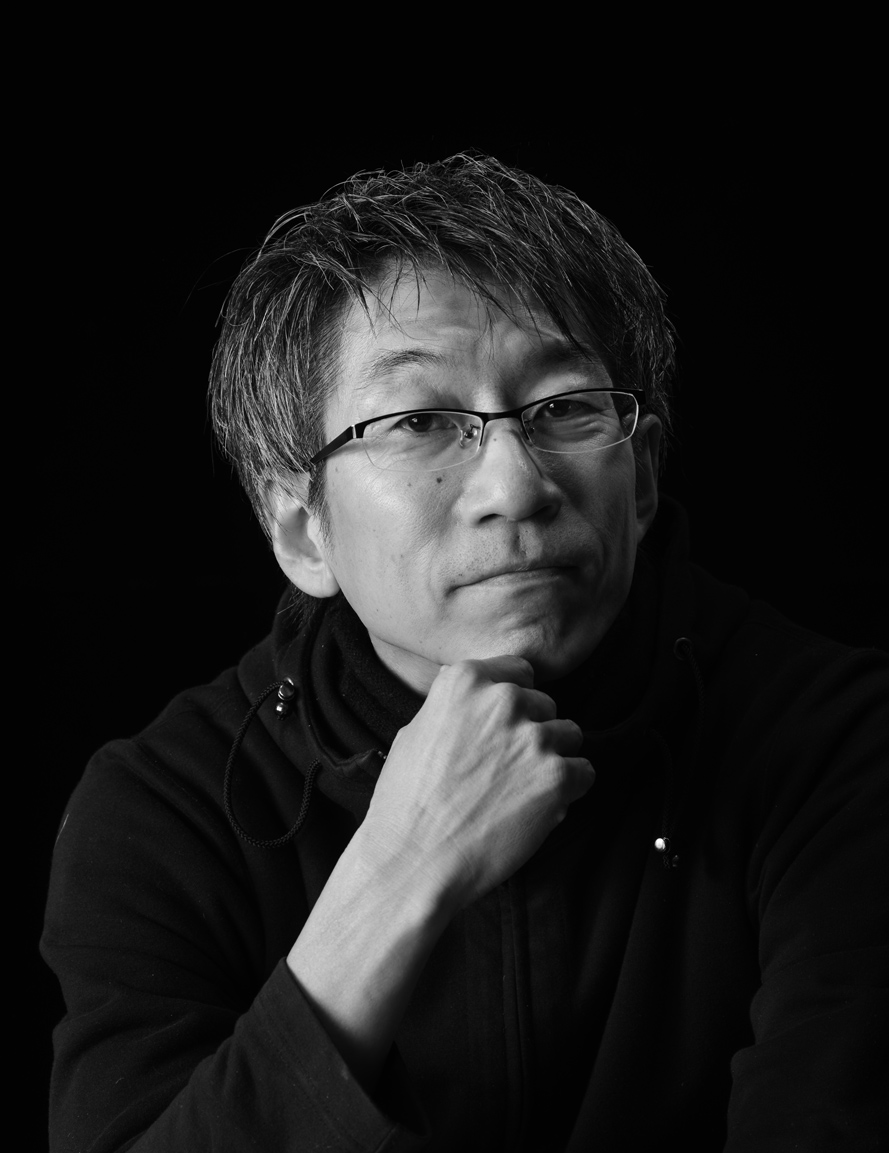 YASHIRO joined TAIYO KIKAKU Co., Ltd. in 1993. In 2012, while working as a director on numerous TV commercials, he completes his first independent stop-motion animated film Dear November Boy, which was chosen for public screening under the “Modern Japanese Animation” category during the 14th Hiroshima International Animation Festival. 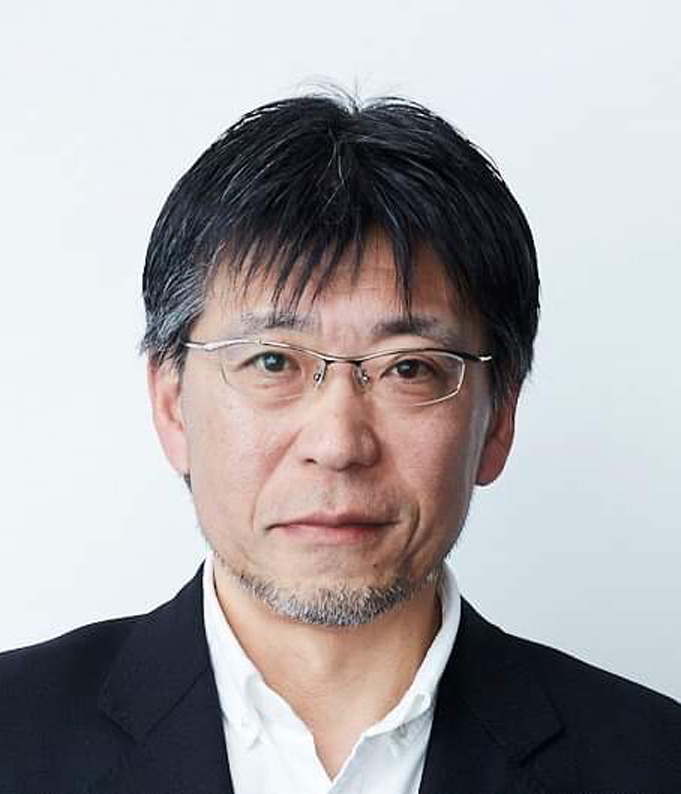 Through his involvement in large-scale video productions, such as Expos, he came to realize that: “With video, what is important is creating an experience, and not being confined to a rectangular frame”. After experiencing the aurora spreading across the entire sky in 1999, he began working on a planetarium dome video, and in 2005 he produced the world’s first 360-degree spherical image at Expo 2005 in Aichi. He continues to produce works that appeal to the viewer’s sensibilities, such as interactive images and handmade stop-motion animation works.

TAIYO KIKAKU is a large, award-winning Japanese film production company with many achievements in TV advertisements for over a half-century. Their creative activities cover a wide area, not only involved in the entire creative process of TV advertisement, but also making promotional videos and web content, large-format videos for international exhibitions, events and museums, artworks with VR, interactive media and projection mapping, and creating CGI and stop-motion animation. From all of them, their creation of stop-motion animation with high craftsmanship are recently gathering attention from the Japanese and global animation industry.

“TECARAT”, established by TAIYO KIKAKU in 2015, is a small in-house team of talented creators for developing stop-motion films under the leadership of YASHIRO Takeshi. Mr. Yashiro, now leading TECARAT, was one of the directors of video advertising for TAIYO KIKAKU and has an arsenal of talents for creating stop-motion that include directing, scriptwriting, puppet and set creation, and animating. Since its inception, TECARAT has developed highly-acclaimed films, such as Moon of a Sleepless Night (Audience Award for Short Animation at Austin Film Festival 2016), Norman the Snowman on a Night of Shooting Stars (Grand Prix at Seoul Guro International Kids Film Festival 2017) and GON, THE LITTLE FOX (The 23rd Japan Media Art Festival Animation Division Excellence Award, “BEST STOP MOTION” and “BEST DESIGN” at the Animation Studio Festival 2020, First Place/Animation at the USA Film Festival 2020).

TECARAT’s social media has been receiving messages from many people overseas who were touched by their creations surpassing language barriers, which led them to their vision of the future: expanding their original IPs globally by producing feature films and series while keeping the benefits of short films, such as being enjoyable in a short time. By strengthening the brand power of TECARAT, TAIYO KIKAKU wants to produce stop-motion animation related to advertising as a company.

This is a special interview with YASHIRO Takeshi, the chief director, and OIKAWA Masaaki, the chief producer, of TECARAT on the cherished stories behind their creations and the roots of their originality.

“Created by, born from, and thought through our own hands”

Please let us know why and how “TECARAT”, the in-house creative team dedicated to stop motion animation with its own production studio, was organized within TAIYO KIKAKU.

OIKAWA Masaaki: TAIYO KIKAKU started operating as a company producing TV commercials and other advertisements. After that, an editing room, a CG team and a simple studio with cinematography equipment were set up in the company. We could then gradually establish video production capabilities within our company. Nearly 20 years ago, a team named “Kangaeru Kobou” (English: Thinking Studio) was founded for creating sets for the purpose of shooting TV commercials. At the same time, I started engaging in handling visual work for planetariums as a producer that has grown into a royalty business, distributing original works to other planetariums nationwide for a decade. Among the work for the planetariums, a stop-motion animation work titled Norman the Snowman created by Mr. Yashiro became a hit, which led to the creation of a team named “TECARAT” together with Kangaeru Kobou in 2015, due to great compatibility between them in creating stop-motion animation.

YASHIRO Takeshi: TECARAT, the name of the team, originated from the Japanese word “Tekara” (English: by our hands). Advertising projects have a very strict purpose, so at the production site we think about how to achieve that purpose as our first priority. Though it could be a powerful production site because of that, we, the members of TECARAT, do not only focus on the plan of the project but believe that a hands-on site itself allows significant moments of creating life for the purpose of filmmaking. We would like to value ideas that can come out from us only by continuously creating so much work every single day. So, our motto of “created by, born from, and thought through our own hands” takes the most important role to me as well as to my colleagues who are collaborating in creating work together. Hence, in order to make us remember our original intention again and again, I named the team TECARAT.

How did you, who mainly successfully worked as a director of commercial advertising videos at TAIYO KIKAKU, a well-known CM production company, begin producing original films?

YASHIRO Takeshi: When I was a young student at an art university, I was in an environment where I could carry out my own work, but I did not have many themes that I wanted to create. So, after graduation, I was engaged in making advertising videos so I could make the best use of my skills, like a craftsman. While creating a lot of images for advertising, I found a variety of themes I like and dislike. And then, my child was born when I vaguely thought that I would like to create something on my own. This became the great catalyst for me to produce original films. Children take films they watch as they are. Explaining that “this film was made for achieving this purpose” or “I worked really hard on this point in the film” is not a good justification for children. When faced with that severe perspective of a child, I found it necessary to create something by myself. I wanted to make films that are not made for any purposes or for any reasons, but possibly represents myself, even if every part of me got exposed.

Please let us know why you chose stop-motion animation as a way of telling the stories to the audience.

YASHIRO Takeshi: The reason was that, for me, stop-motion animation is a visual medium where I could create my vision in a straightforward way. In live-action photography, it is likely that there are slightly different impressions between the raw images straight from the camera and the final images after editing. However, I do not feel such a difference in the production of stop-motion animation.

Also, by utilizing stop-motion animation, there are aspects that can be made to align exactly with how I want the characters to act. Stop-motion animation is a form of visual expression where I can create what I want to deliver to the audience through films, hitting exactly where I aimed for.

I personally think that I am not so good at communication. In the case of live-action videos, although I can create a work that matches my intended goals as a professional director by managing a large number of photography staff and actors, I feel that I am not always good at communicating within it. Among other directors, there are quite a lot of people who are skilled at making good, unexpected live-action videos by increasing the chemical reactions among each other and I’ve been thinking that I cannot compete with them in that kind of skill. On the other hand, I am very comfortable in creating works frankly with my hands on a small team. I can easily express in my own way in stop-motion animations.