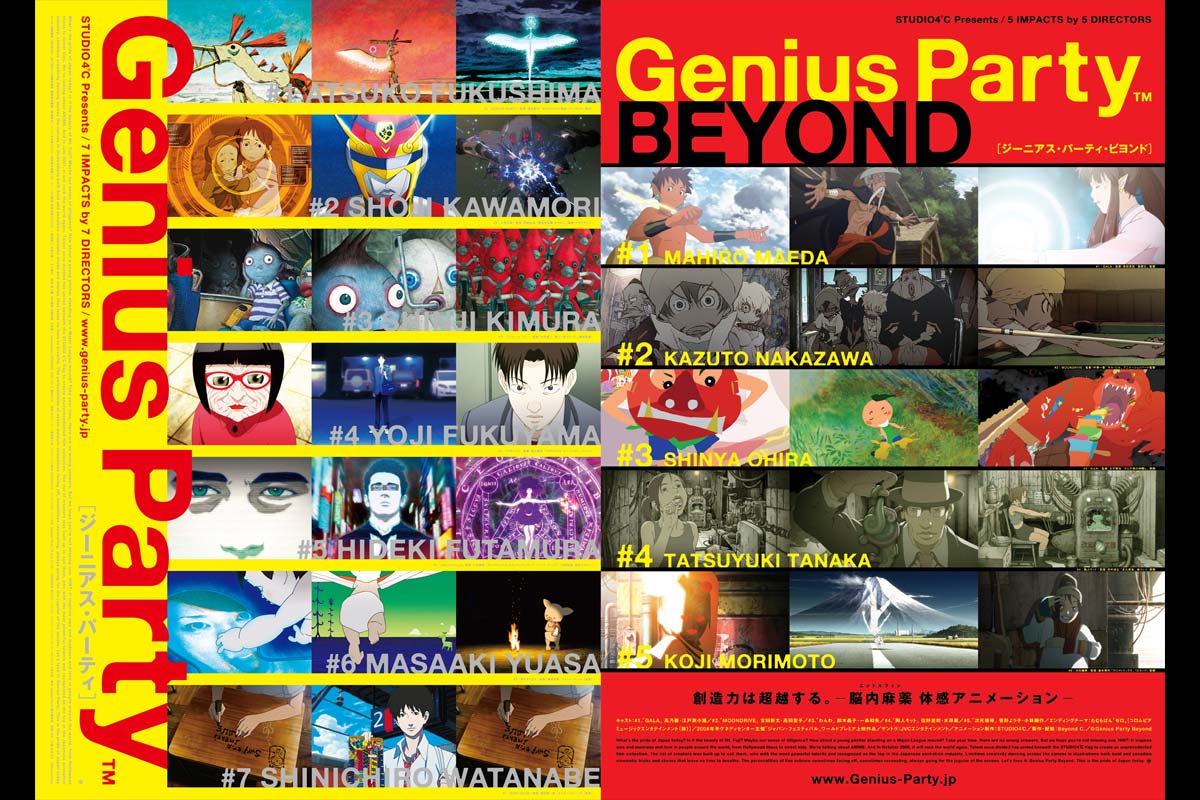 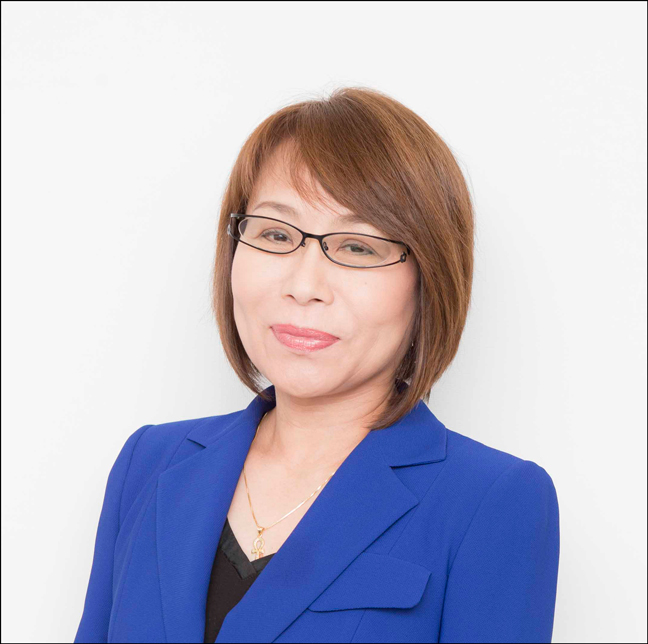 TANAKA Eiko (President of STUDIO4°C and Beyond C.)

After working for Studio Ghibli as a line-producer, TANAKA established STUDIO4°C in 1986. Ever since then, she has been producing various projects including animated feature films such as MEMORIES (1995), Tekkonkinkreet (2006) and Children of the Sea (2019).

STUDIO4°C has been a top runner in the Japanese animation industry since the 90’s, with the name being synonymous with high-quality Japanese animation films. The studio is led by TANAKA Eiko, the president and a charismatic producer. Their works tell mature stories with elaborate, rich visuals that aid in storytelling and have inspired and influenced creators worldwide, such as the WACHOWSKIs, directors of The Matrix (1999).

TANAKA’s overwhelming professional network and work experience in the Japanese animation industry, including working closely with legendary MIYAZAKI Hayao and OTOMO Katsuhiro, as well as her great vitality as a producer, have been making the studio a long-time hotspot for a wide variety of Japanese animation creators.

Beginning with Mind Game (2004) and Princess Arete (2001), which were the feature film debuts of directors YUASA Masaaki and KATABUCHI Sunao respectively, STUDIO4°C gave many young talented animation creators opportunities in directing films, helping them bring their careers to the next level by showing their strong personalities in their creations.

Internationality is another unique characteristic of STUDIO4°C compared to traditional Japanese animation studios, as they’re open to the global animation industry for collaboration. They welcomed an American creator, Michael ARIAS, as the director of Tekkonkinkreet (Grand Prix award at the Anima 2008), becoming known worldwide as one of their representative works. Additionally, the studio had international co-production projects such as The Animatrix (2003), Batman: Gotham Knight (2008) and Mutafukaz (nominated for the 46th Annie Awards), to name a few.

STUDIO4°C pioneered the use of digital technology in the Japanese animation industry. They already used CGI in the production of Magnetic Rose, one of the short films in their anthology film MEMORIES (1995). The studio’s eagerly-anticipated feature film Children of the Sea was released in 2019 after being in production for over five years, bringing the Grand Prize of Japan Media Arts Festival to the studio for the second time after Mind Game in 2004. The studio’s in-house CGI creators, the team behind the film trilogy Berserk Golden Age Arc (2012-2013), brought to life the amazing visual experience of Children of the Sea; a milestone in using CGI to achieve the look of hand-drawn 2D animation.

This is a special interview with TANAKA Eiko, the president and chief producer of STUDIO4°C, to reveal what underlies the outstanding creative achievements of the studio.

Please let us know the reasons behind and the opportunity that led to establishing the studio.

TANAKA Eiko: I first worked at an advertising agency after graduating from university. Upon luck, I later moved to a company that mainly produces TV animation series. I then had another stroke of luck that led me to an opportunity of working as a line producer for MIYAZAKI Hayao’s My Neighbor Totoro and Kiki’s Delivery Service at Studio Ghibli, and that was when I met many talented freelance creators who wished to work on animated feature films.

Around that time, after the freelancers complete a feature film production they return to producing TV series, and when there is a new feature film project, they reunite to work on the production. After the completion of Kiki’s Delivery Service, the talented freelance creators gathered together and discussed how wonderful it would be if we could create the animation that we want to create with our own hands. After discussion, they left it up to me to make the decision and so I established STUDIO4°C. Initially, we were only three members including myself, and when I opened the studio we had about ten people. We started to create films with our ambition of sending them to the world.

At the time we had two core creators: SATO Yoshiharu, the character designer and animation director of My Neighbor Totoro, and MORIMOTO Koji, the assistant animation director of AKIRA. Since they are part of the founding members, I thought we could become an interesting and unique studio whose strength is in two types of visual experiences: one coming from the visual universe of Studio Ghibli for a family audience, and the other is from the world of sci-fi represented by films such as AKIRA that can be appreciated by an adult audience.

TANAKA Eiko: We set up our studio with the world in mind, but when it comes to thinking about what we could create, we actually were just a group of young creators who only knows the town of Kichijoji in Tokyo, Japan. So, we ended up starting to create only ‘Japanese-flavored’ animation from our town, Kichijoji (laugh). After all, we can’t draw what we don’t know, so we can only compete with what we do know.

On the other hand, when collaborating with foreign creators, we always tried to create something new, exposing all of our thoughts, jumping into it, and discussing what their markets are looking for. We never thought of it as difficult or otherwise unpleasant, and that’s why I believe STUDIO4°C has the ability to create interesting works.

Your studio has been developing quite unique animation titles. I would like to ask you three questions on how you attained that originality.
– How does your studio decide the stories or projects to develop, and what criteria does the studio have for the selection of titles?

TANAKA Eiko: The criteria for making final decisions are whether the director feels the content of the work is really interesting, has a clear vision of what he or she wants to create, and possesses strong passion and sufficient creative ability.

We have projects that we plan by ourselves and projects proposed by others outside the studio. In the case of the latter kind, we find the best person who can make a good work by demonstrating their ability with the project idea, and then we make a final judgment based on the criteria I just mentioned.

When it comes to our own projects, we search in many places for a source work that we find interesting enough to create an animation for. We chose MEMORIES as our first original work because it was an omnibus work by OTOMO Katsuhiro, who is the original author and director of AKIRA. Additionally, the excellent creators who respect him very well are already with us to work on MEMORIES.

We also adopted Spriggan because the director, KAWASAKI Hirotsugu, was incredibly enthusiastic with adapting the manga to an animation by himself.

Princess Arete started because a female chief of an animation coloring company one day asked me that she wanted to create a movie from an original novel, The Clever Princess.

In the case of Mind Game, I happened to read the original book that was sitting in the bookshelf of a composer I visited, and I thought: “This is such an interesting story! whatever I do, I would like to animate this story!” Then, I asked around who could be the director for the film we will create. I came to the conclusion that YUASA Masaaki is the only one who can achieve this and I asked him whether he would be interested.

As for subsequent works, for example Tekkonkinkreet, we kept telling ourselves that we would be the ones who create the animated version of it since the inception of the original series in a weekly manga magazine. Our latest work, Children of the Sea, was first presented by two passionate CGI staff members in one of our monthly planning meetings; that became the start of the project which was eventually released worldwide as a grand-scale feature.

– Could you please let us know what your studio takes special care in through the production process of each animation project, such as visual expression and structure of the story?

TANAKA Eiko: We create our works hoping to reach the world, so all of our staff have a strong desire to draw new things. Expressions, character movements, background art designs, etc., are different in each title. Having said that, we work hard to pursue high standards in each work, keeping in mind the specific ingredients of visual expression that ensure success in the work. For that purpose, we keep an efficient staff arrangement and prepare flowcharts for each title.

– Animation is an aggregation of the creativity of many creators. What qualities does your studio look for on the selection of each staff for a project team, production environment or the management of each project/production team?

TANAKA Eiko: If talented people come together, great works would be born, so we always want to bring together energetic, talented, and highly motivated people. Since each work starts from scratch, if that kind of talented people come together, the space would be a wonderful environment where they share each other’s creativity and understanding of the work. In such an environment, you can steadily produce good works in a shorter period than expected, so you don’t have to worry so much about scheduling or budget management.