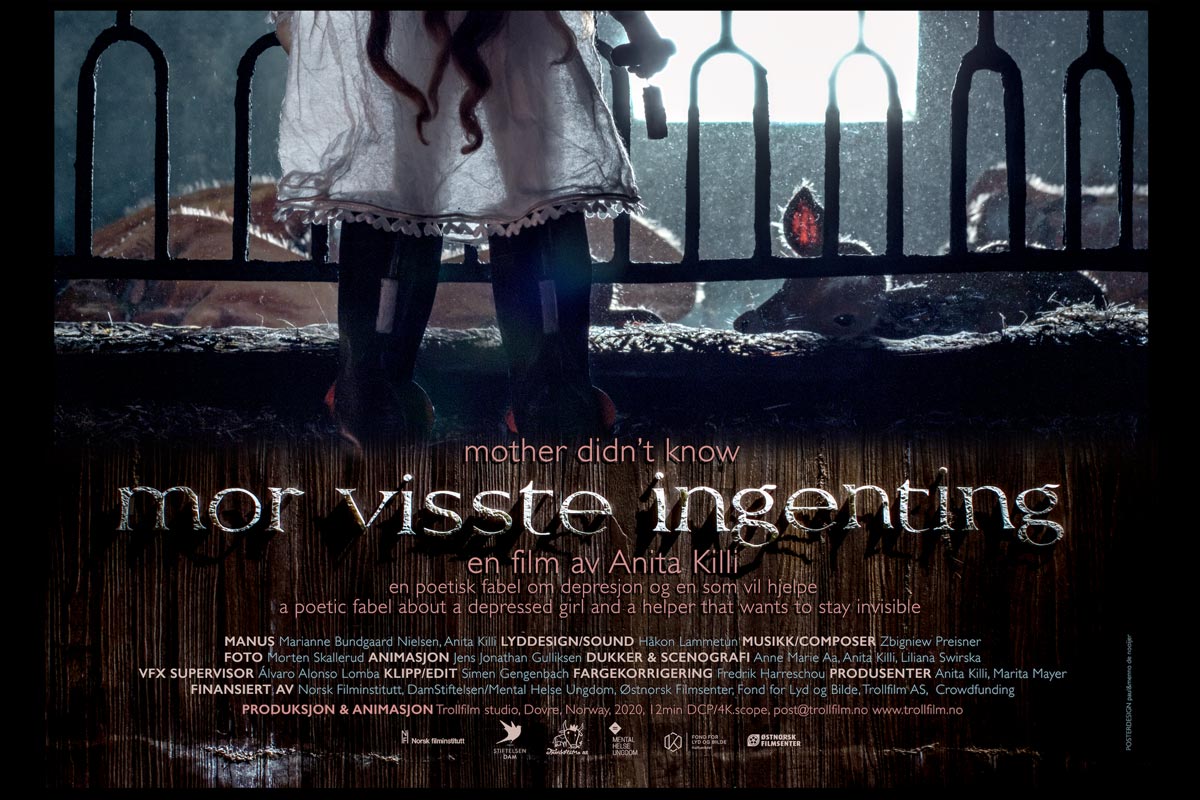 Synopsis
A desperate girl climbs down into a deep dark silo in order to escape her reality. She finds solace in an injured bird.

Mother didn’t know is the new film by Anita Killi, a multi-award-winning animation creator famous for Angry Man (2009). It is a non-dialogue, stop-motion animated film containing fantastical elements dealing with the theme of child depression.

Mother didn’t know was nominated for the “International Competition” category at Stuttgart International Festival of Animated Film 2020, which was held from 5th to 10th May as an online festival this year.

We heard from Anita Killi on a lot of the valuable stories behind the film.

Animationweek (AW): What do you want to deliver to the audience the most through this film?

Anita Killi: Marianne Bundgaard Nielsen and I wrote the script because we wanted to make a poetic film that focuses on depression among the youth. Our hope is for the film to touch the hearts of the audience and invite them into a process of developing individual thoughts. We intended to make the film as an opportunity for the audience to talk about their own difficult feelings, or to take better care of the people around them who are struggling with depression. I think that sometimes it is nice if a film gives the audience more questions than answers. 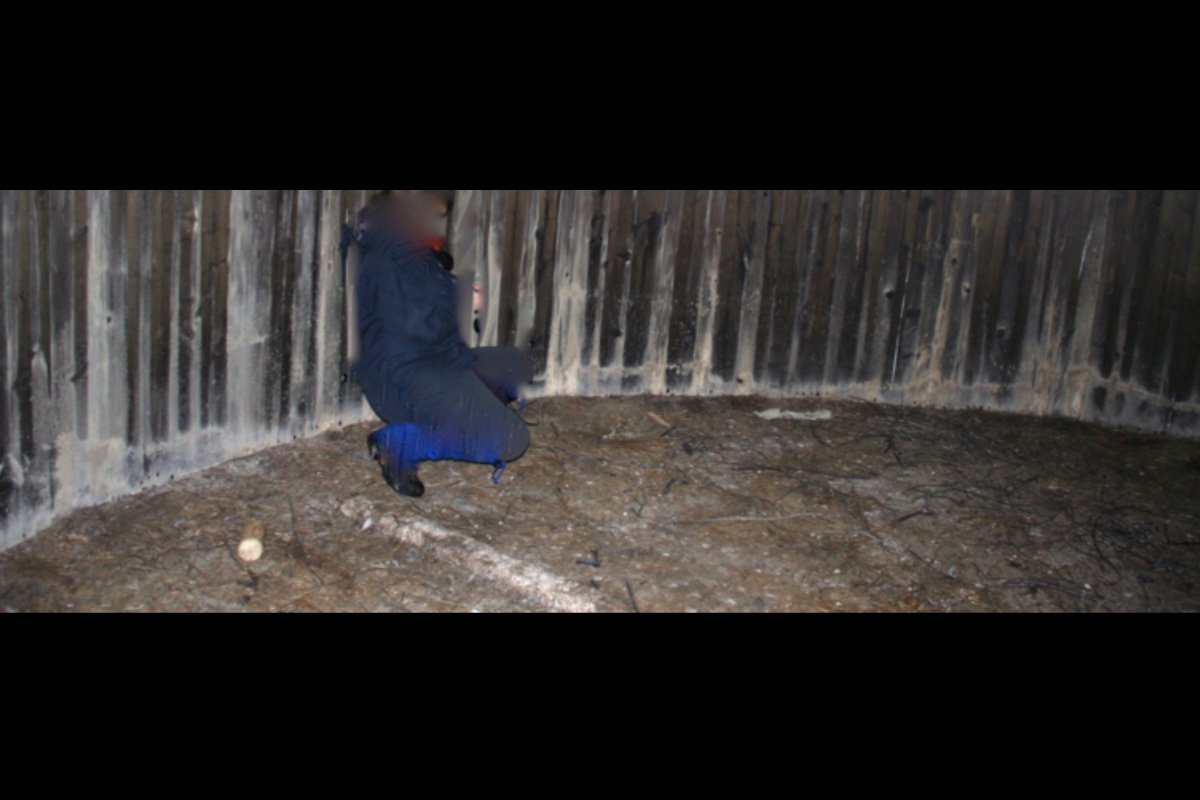 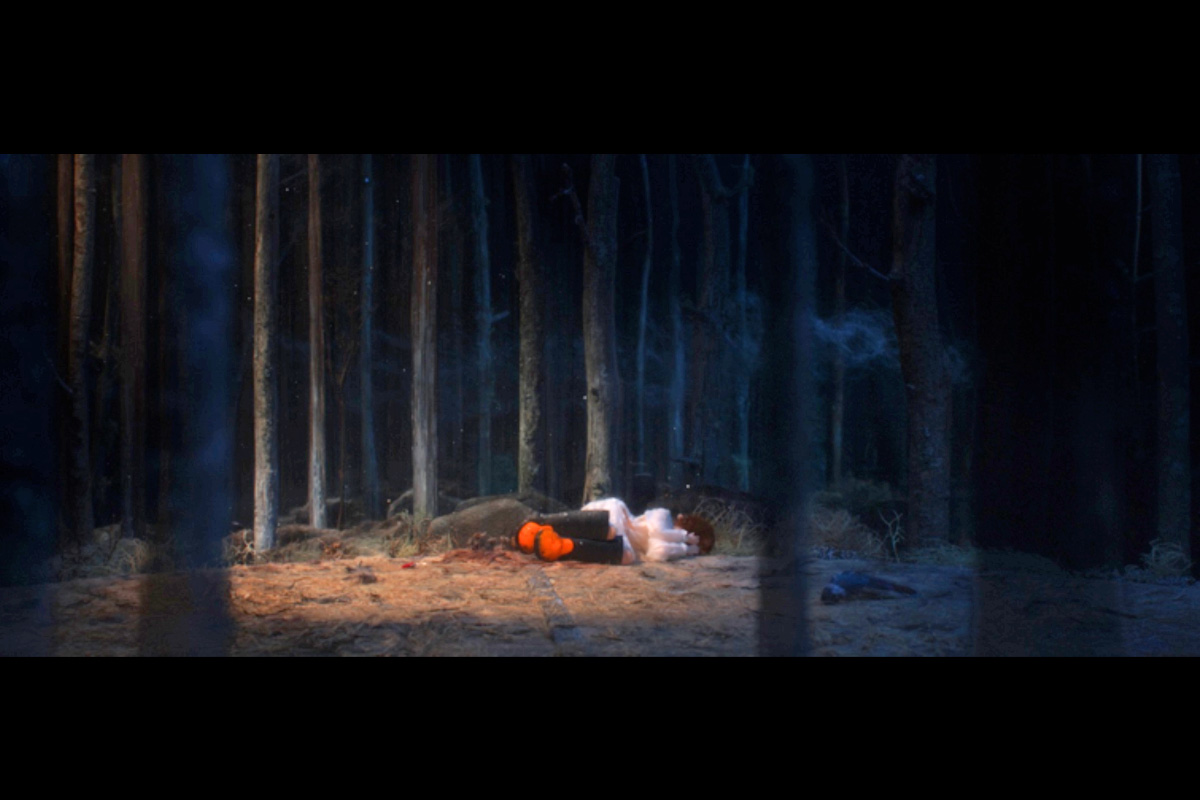 AW: Where did the initial idea of the film come from?

Anita Killi: What inspired me to develop the story were a silo, works of Swedish artist John Bauer, my daughter who has cut her hair off, and the fjøsnissen (Nisse), an old traditional Norwegian gnome who lives at farms.

The Nisse is a mixture of something among an animal, a human, and make-believe characters. The Nisse are very old and wise, and usually do not want to be seen by humans. They are good and interesting characters, if you would look at them as something not associated with Christmas decorations. The Nisse used to look after the animals in the barn. If a farmer does well with the animals, the gnome would become a good helper, otherwise the gnome will behave the opposite.

Nowadays, the grass for feeding cows is wrapped in large round plastic balls in Norwegian farms, instead of being transported to silos. So, those empty deep silos in the barn are very dangerous, being left unsecured in the farms. In those silos, grass and chemicals have created a stain on the inside of the walls for many years, which, for us, resemble the forests drawn by Swedish artist John Bauer (1882-1918). Some of his works, where his princess-like wife lay in the woods and are surrounded by troll figures, became a starting point for us to bring the fable into the story of the film.

I experienced my daughter cutting off her hair at her grandmother’s hair salon, just before she started school. I think she did that because she was unhappy. Parents can become hysterical if their children cut off their own hair. However, I did not become hysterical and even thought it was good, because she did a harmless method of self-mutilation when she needed attention or help from anyone.

AW: Could you please let us know, in terms of story development, what did you take care in the most and what was the most difficult?

Anita Killi: I wanted to make something that was the opposite of what we typically know as short animated films for children. The film was planned to be seven minutes long, but I felt it needed more screen time to get into the depths of the main character.

I have been fascinated by “epic films”, which often have calm and vast imagery, where people of all ages and in different phases of life can read and interpret in their own way. The personal interpretations of the imagery may also change due to the mood of the spectator. I, as a film director, shall not force anyone to think or feel about my films in one specific way.

I think the hardest part of story development was deciding how direct or indirect we could make the film without annoying the viewer. The title has been revised several times, but I grew more and more fond of it, as it has created many discussions. It is also risky to use the Nisse, a Nordic figure who is unknown in most of the world, and an old wooden silo, a strange space.

The Nisse was a difficult character to deal with. Does he really belong to the story or would he disturb the serious theme? Well, in our minds, he is a good character that is nice to believe in if someone feels lonely and wants someone to help and care.

We wanted to make a film without dialogue so that the cut-out animation with characters made out of paper should be convincing enough to describe the difficult feelings of a person with depression. Another technical difficulty was that I really wanted to try 1:2,39 scope but we had the set of a silo, the 10 meters deep cylindrical room, for a wide screen format film. A deep, vertical shape in a narrow, horizontal format forced me to think of new angles and new ways of shooting the film. Some of the shots were quite advanced and took a long time to build. Most of the pictures were built on glass sheets, which could have up to ten layers of glass. 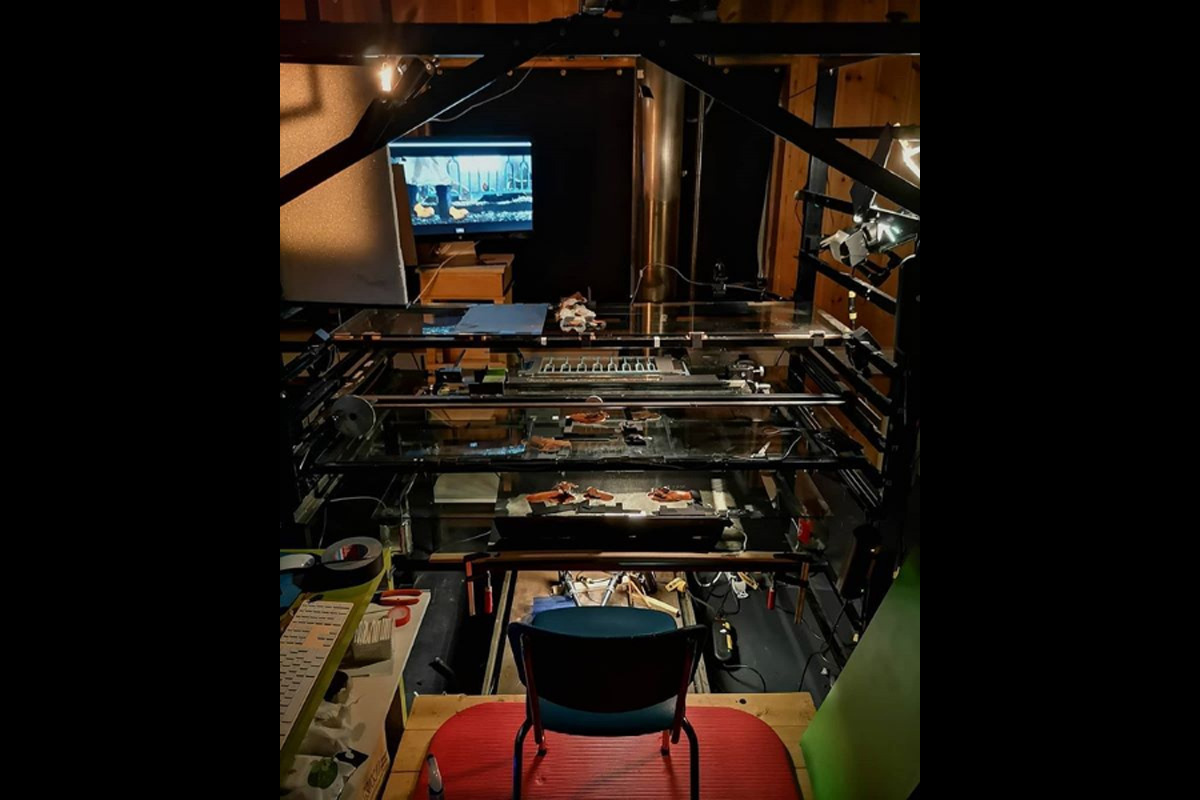 AW: We would like to hear the story behind the visual direction. How did you design the puppets of the girl and other characters?

Anita Killi: It took several years to develop the characters. In terms of the main character, the girl was a hybrid between cut-out animation and puppet animation. I made her with Liliana Swirska and Camille Bozec.

I drew the girl on paper and then copied the drawing into skin-colored paper. After that, we made the puppet of her with the colored paper by making the back of it wet. The head was a bit curved so that in animation, the lighting on her face would make her look more alive. I felt that the character I drew often became too cute, but it became less cute when I made the puppets of her. We replace her face when she has to move her mouth but kept the same hair whenever we could. The Nisse was filmed by more traditional cut-out animation with thick and painted papers.

I have been shooting cut-out animation on glass sheets since I met Yuri Norstein for the first time in 1989. I have been experimenting with different papers and other materials so that I can try to develop different ways and new possibilities for creating handmade films with a lot of texture. I reused a lot of the materials for this film from my earlier projects.

I found other materials from the farm, from animals, or elsewhere in nature. We used wool from a red sheep for the hair of the girl and wool of a white sheep for the beard of the Nisse. The calves in the film have hair from real calves from the barn, and the mouse had wool from a Muskox, which the set designer Anne Marie Aa picked from mountain birches on the Dovre mountains in Norway. We also brought a lot of other materials from the nature.

I have been trying a lot of different types of paper. I wanted the nightdress of the girl to be a bit transparent, so I tried a lot of different types of paper and in the end selected thin paper for that. Since thin paper is very difficult to animate, we used a general puppet body which could turn around without changing all the pieces, but continue to depict her head, hair, hands and feet with cut-out animation.

The photographer Morten Skallerud has enhanced the film a lot with his extraordinary lighting. The animator Jens Jonathan Gulliksen is really good at animating realistic movements and he built rigs for the girl character to allow animating the thin paper dress from outside the frame.

I have been working on developing those characters and the visual direction for several years, because I have been at the same time developing the feature film project Christmas Survivors (Norwegian: Jula på Dovre), about a child of an alcoholic during the Christmas days. Trollfilm is currently talking with producers that have read the script.