An animated artistic documentary, Zero Impunity is a call to action to join a growing global movement that demands zero tolerance for sexual violence in warzones. Zero Impunity features inspiring victims, social workers, and activists worldwide who have the courage to engage, resist and mobilize.

These stories confront us with the horrendous mechanics of international institutions and age old war and interrogation practices.

Zero Impunity offers a voice and solutions to this dreaded universal social norm. A film about love, life and humanity.
Join the Movement.

Zero Impunity is a documentary utilizing two methods of expression, animation and public art installations, to share the information and messages of the film with the audience. The film brings to light the sexual violence occurring in warzones, with the objective to enact change within the citizens.

As the core part of the film, twelve woman journalists over the span of four months were given the task to investigate 6 different, exclusive cases of sexual violence not only from survivors, but also whistle-blowers and perpetrators. These cases became the source material for the animated segments. The animation part of the film creates a captivating narrative that portrays the past experiences as told by the survivors, using the strength of the animation medium to allow the audience to face and think about the realities of sexual violence by putting an artistic lens between the audience and the uncomforting reality of the crimes.

Another core part of the film are the public art installations shot in live-action. The contrasting medium gives the film great tangibility as it involves the direct participation of citizens. Video recordings of not only journalists and activists uncovering several cases of impunity on sexual violence, but also impromptu recordings of the many citizens showing gestures of support for the movement, are projected onto building and other large structures as art installations in public spaces. With the camera catching the reactions of onlookers, the public installations create an unmissable sight to the general public and spreading awareness of the issues presented in the film.

After travelling to many international film festivals as a nominated film, the film was selected as part of the AniMovie competition in ITFS 2020, and in addition, a masterclass on the film was held by the two directors, Nicolas Blies and Stéphane Hueber-Blies, outlining the production process and including the history of the project.

Here, we would like to bring you the precious words from Nicolas Blies and Stéphane Hueber-Blies on the story behind the visual challenges of the film needed to create an impactful documentary. 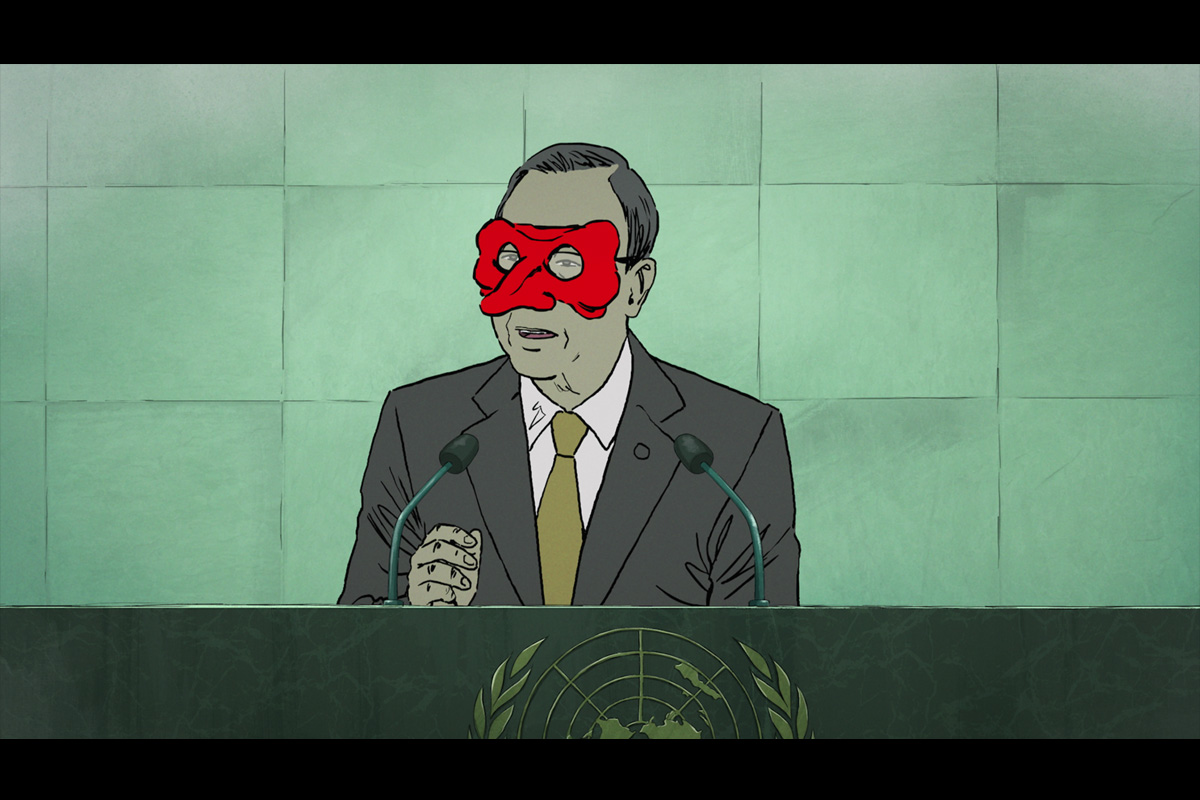 Trayton Scott: What is the main objective in using animation and public art installations for the film?

Nicolas Blies and Stéphane Hueber-Blies: Make the voices of our survivors and whistleblowers exist. That was the only one goal. And everything was built around this goal.

In order for a voice to exist, it must be listened to. It’s a basic social mechanism. We wanted to highlight the role that we can all play – we can provide a listening ear and empathy. By refusing to listen to those who speak up, we become complicit in impunity. On the other hand, by listening actively, each of us can take part in spreading the messages of those who speak up and making their words resonate. In their own way, everyone can participate in increasing pressure to move the political and social trends.

Trayton Scott: What did you take care in the most on the direction of the animated parts of the film?

Nicolas Blies and Stéphane Hueber-Blies: With Denis Lambert of the Studio Mélusine, it was important for us to highlight the strength of the testimonies through a pared-down form of animation and direction. We believe that to allow the public to grasp the topic, you need to avoid being too demonstrative or we’d risk losing the viewers because they’d be too shocked. 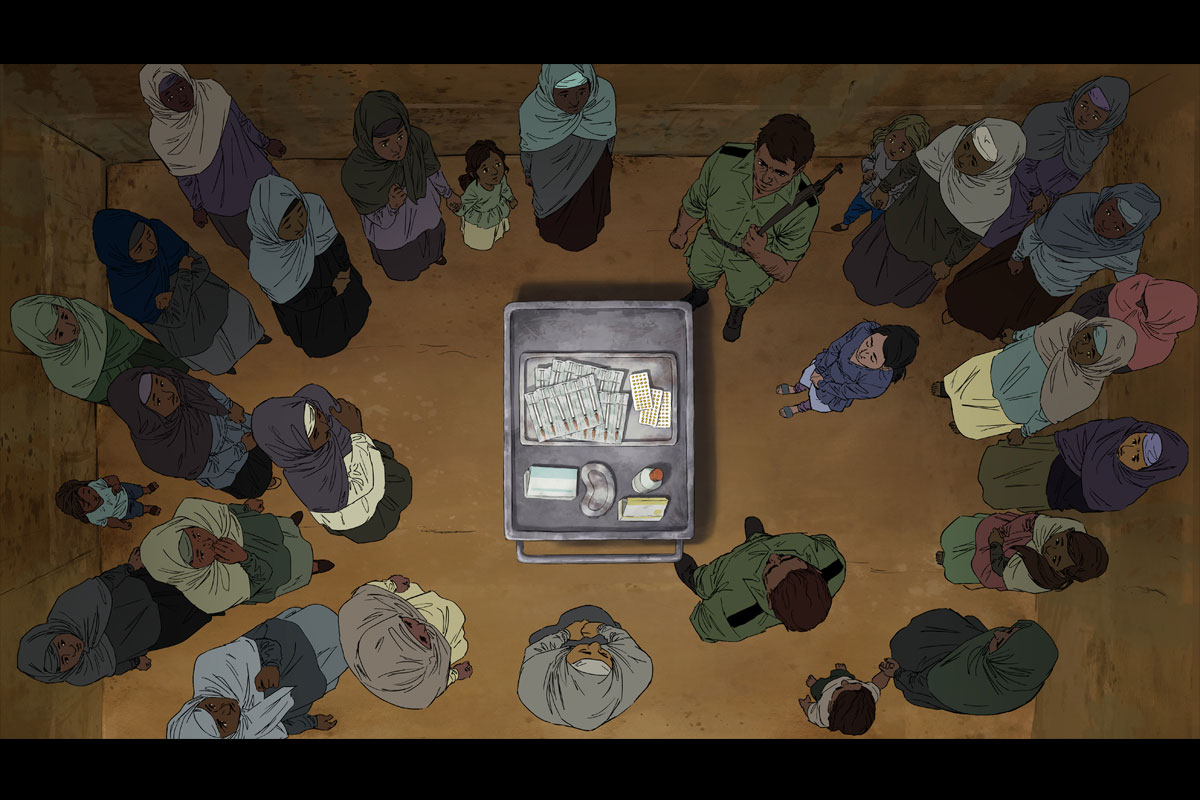 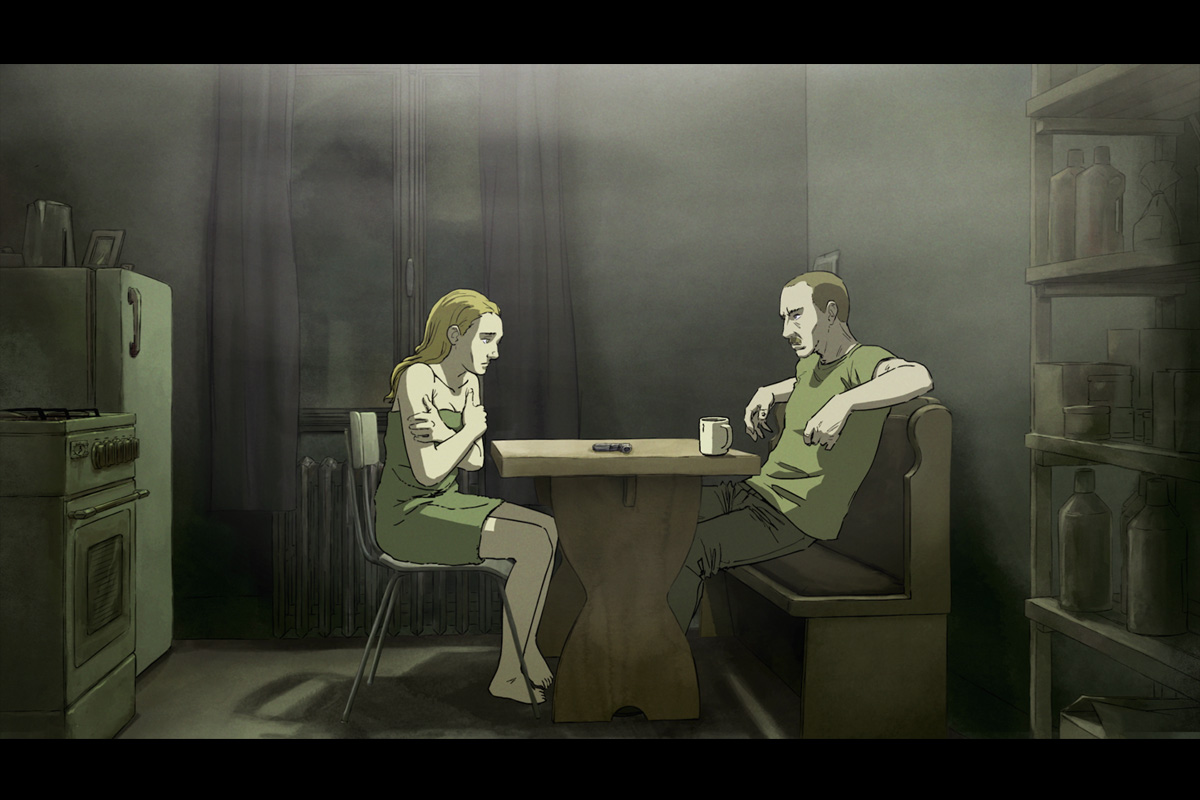 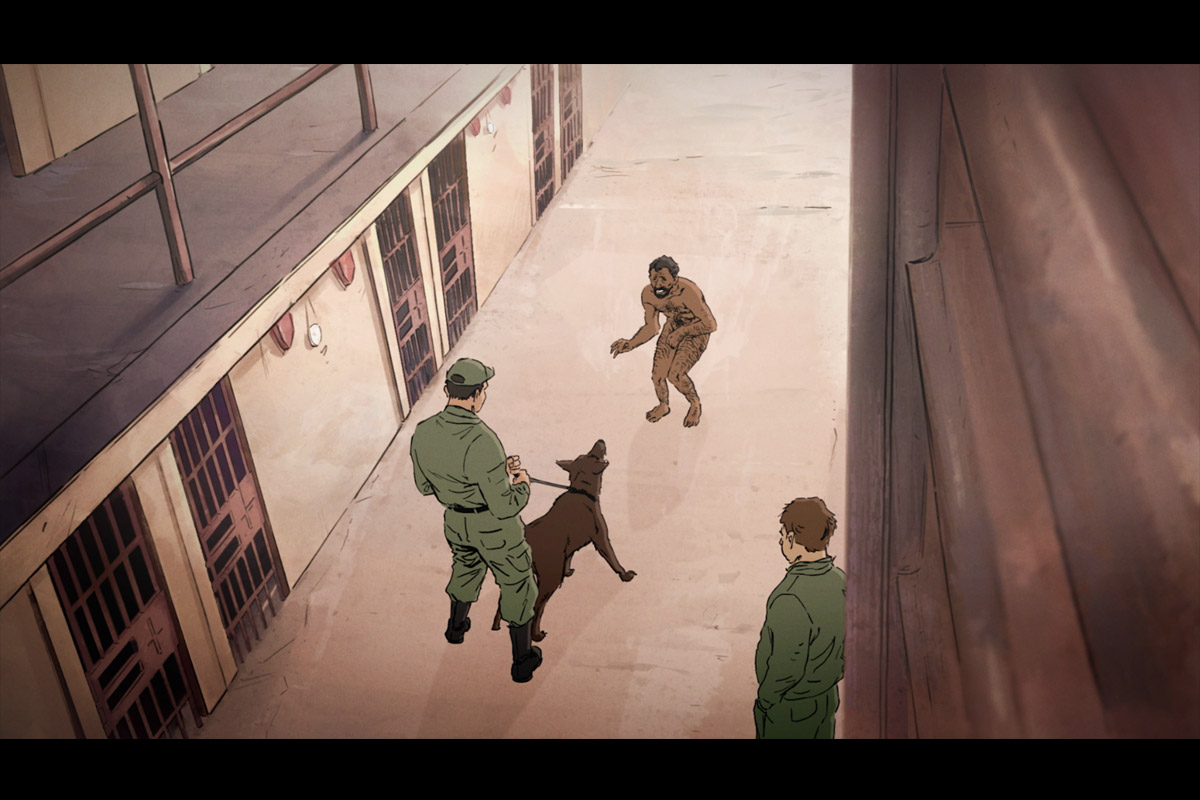 Trayton Scott: Please give us a production overview on the process of creating the animation and the public art installations.

Nicolas Blies and Stéphane Hueber-Blies: Above all, the whole film had to be animated and based only on the stories we had in the journalists’ report. While Nicolas and I were writing the film, the investigations were released in the 12 media partners in Europe and Africa. We had over 1.2 million readers, but we have also had a lot of bad comments. People questioned the reality of the testimonies, others threatened us with death, other send us intimidating messages. it was a nonsensical period, a very strange time. We didn’t understand what’s going on and why people can’t just recognize the truth.

It was at this moment that Nicolas and I decided to return to these areas of investigation to meet people, tell them about our testimonies and tell them about reactions to these testimonies in the media. Then for those who wanted to commit with us in our fight we have offered to participate in our artistic installations with Olivier Crouzel, the artist we worked with. This is the whole live action part of the film.

So, Nicolas and I produced and wrote the film at the same time and in the same movement. It was quite difficult. 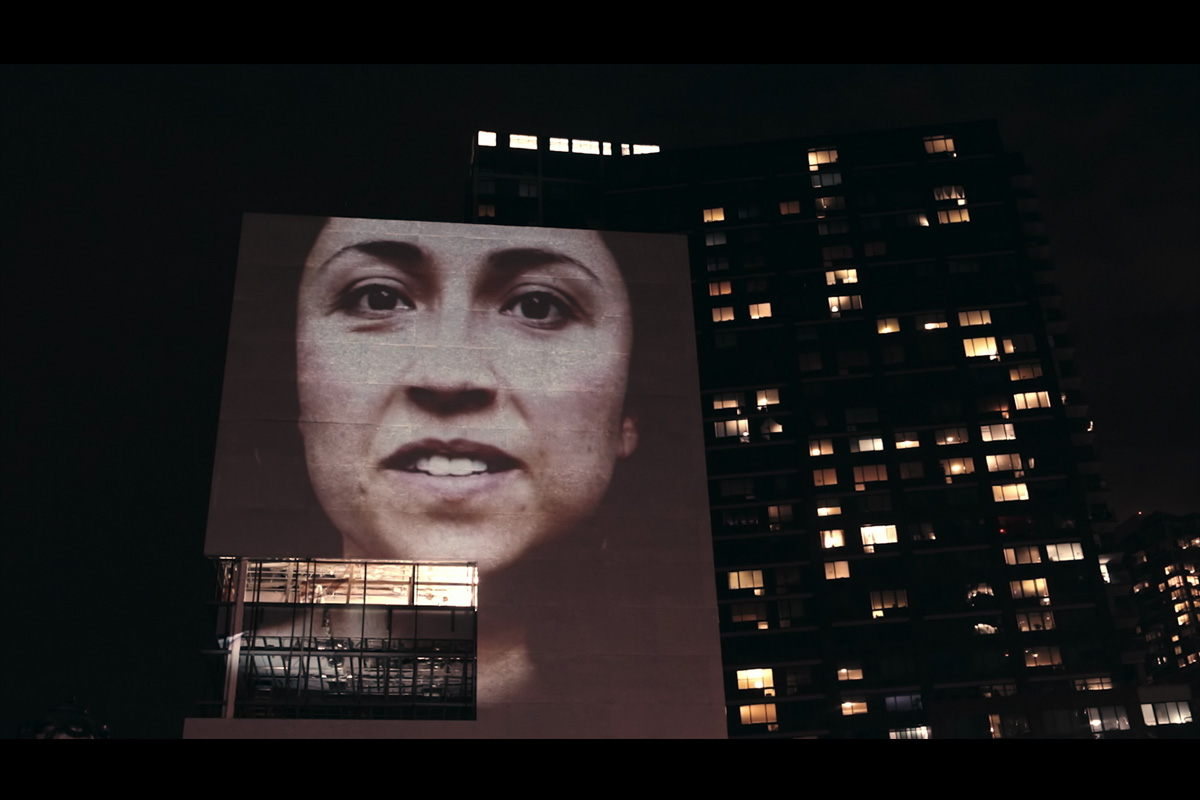 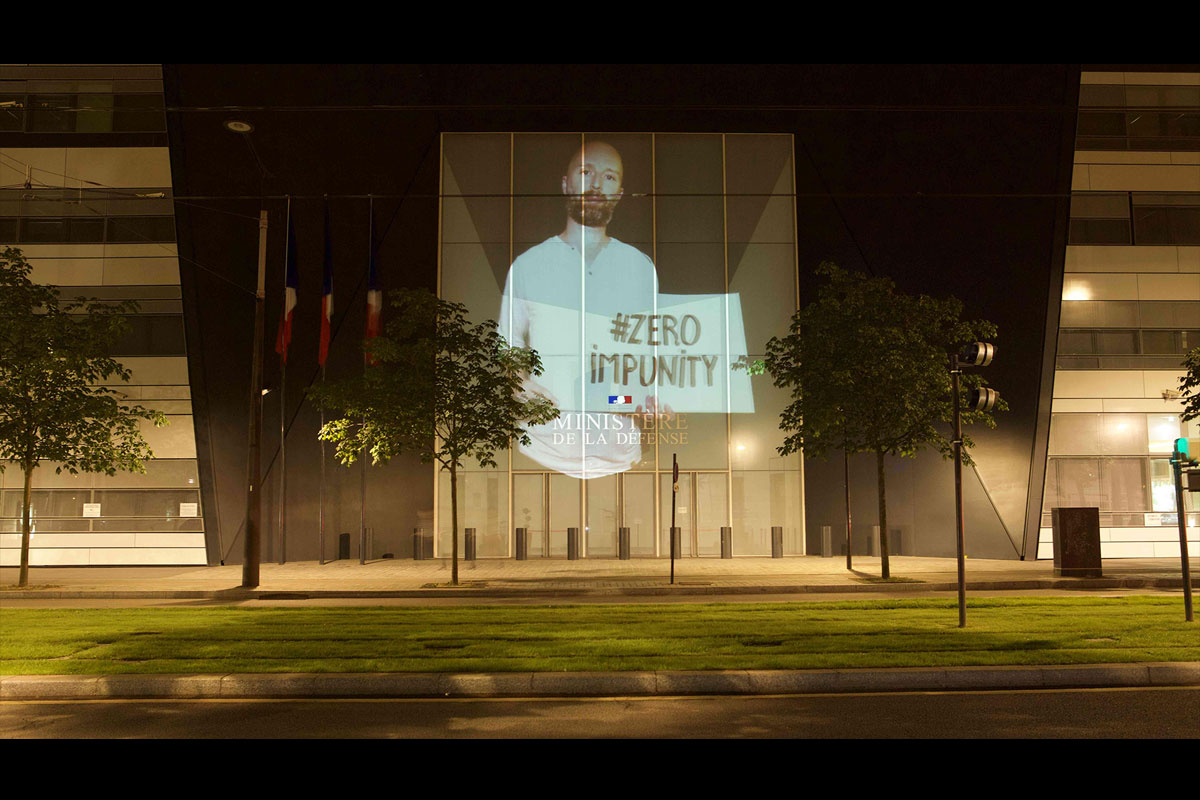 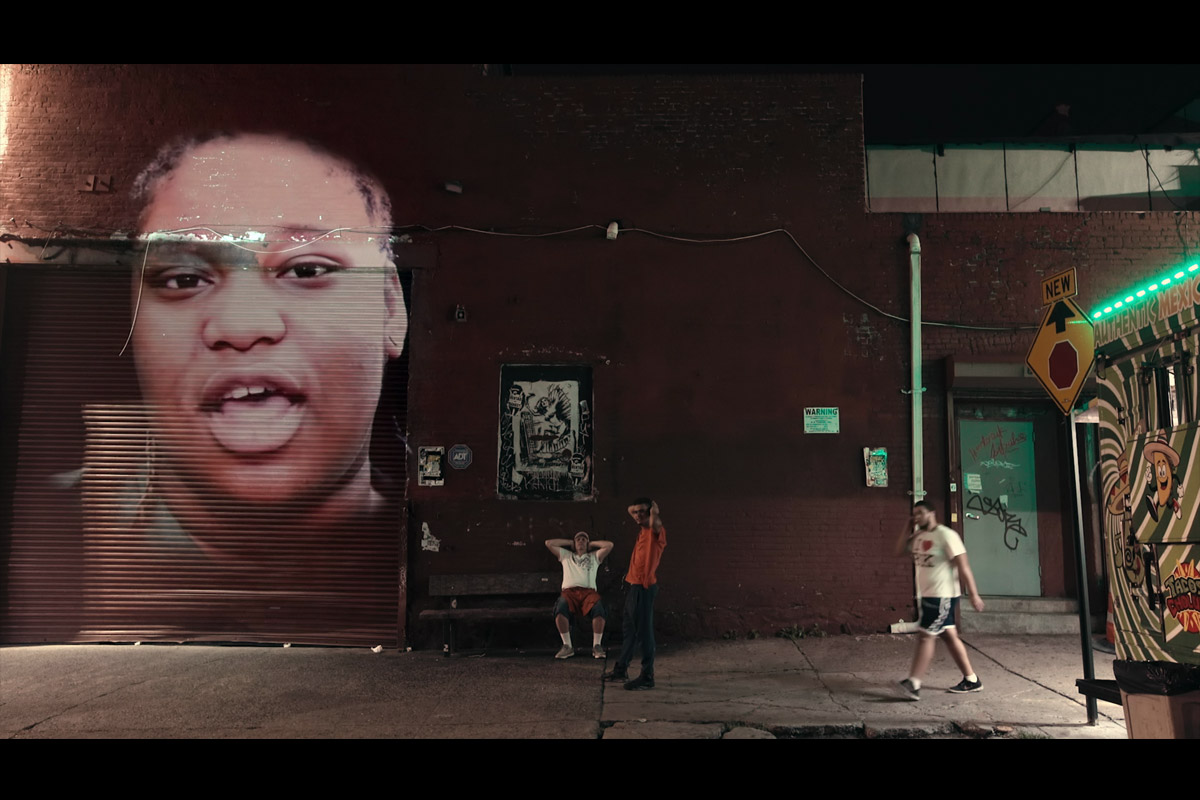 Trayton Scott: What was the most challenging aspect on creating the animation?

Nicolas Blies and Stéphane Hueber-Blies: Zero Impunity is about sexual violences in warzones, so it’s a very difficult topic. It’s hard for the audience to go into it easily. It’s like a punch in the stomach; when you are as an audience confronted with shocking images or situations that we find difficult to stomach, it activates a circuit in our brain.

So, our challenge using the animation was clearly to get around this blocking mechanism in order to also to engage the audience with us and our fight. It’s a self-defense mechanism that can result in denial or rejection. We wanted to get around this mechanism to make sure that our viewers don’t become overwhelmed and start blocking our message. Our aim is to gently guide our viewers towards an awakening. We didn’t want to create a film with the sole purpose of shocking viewers. We didn’t want viewers to feel as if they were drowning in the tragedy of the subject. We needed to offer our viewers a way to digest our stories and transform their outrage into strength.

It wasn’t an easy challenge. But I think it worked.

Trayton Scott: What is your advice on creators wishing to use animation as part of their documentary?

Nicolas Blies and Stéphane Hueber-Blies: We are convinced that animation is the perfect medium to represent a political or social reality with beauty. This aestheticization, so dear to the French philosopher Edgar Morin, helps generate more empathy. We are also convinced that in general people forget very quickly what you are talking about with them, or they forget your different actions. We live in a time where there is a lot of information to swallow. That’s what we called the mediatic noise.

Animation can be an answer to this mediatic noise.

Trayton Scott: Could you please let us know your thoughts on the power and effectiveness in using a variety of methods for visual expression, including animation, for a documentary in addition to live action?

Nicolas Blies and Stéphane Hueber-Blies: If as we said we sure that people will always forget what you have to say and how act and react, we are also convinced about the fact that people will never forget how you made them feel. If you give them emotions they will remember you. That’s what animation can do.

We hope it worked. 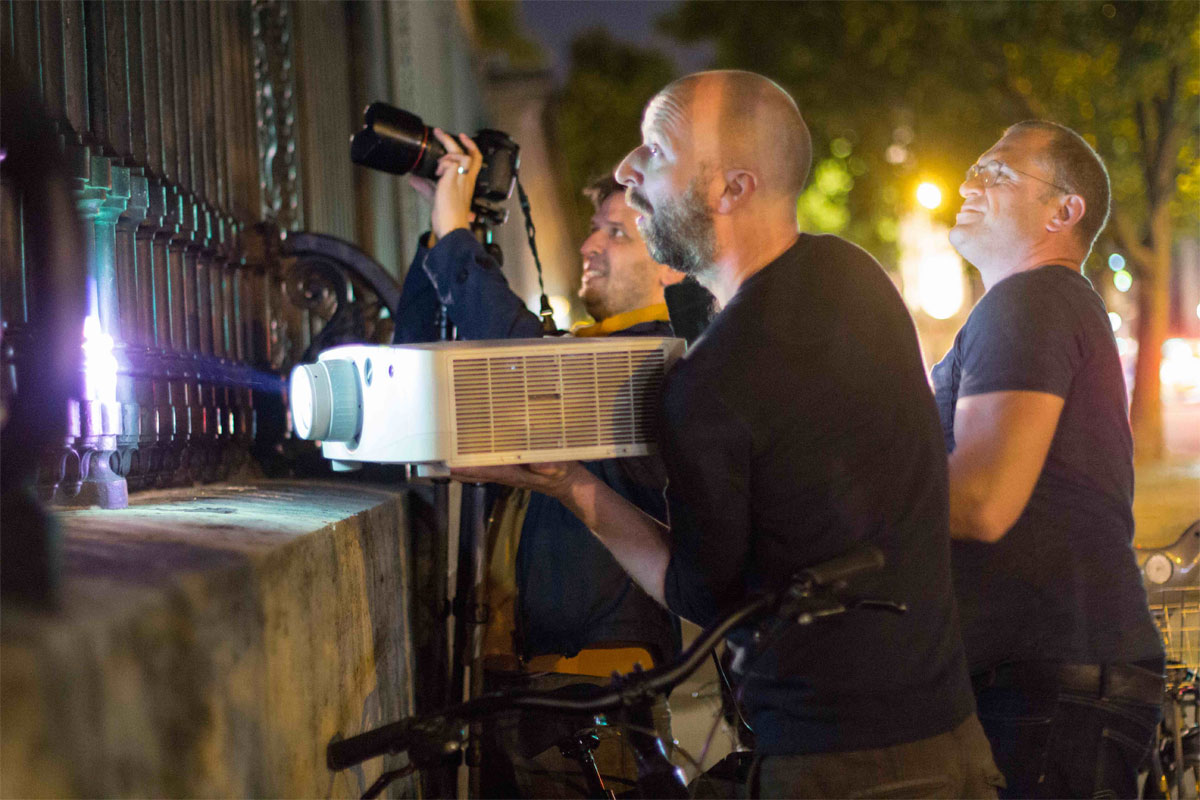 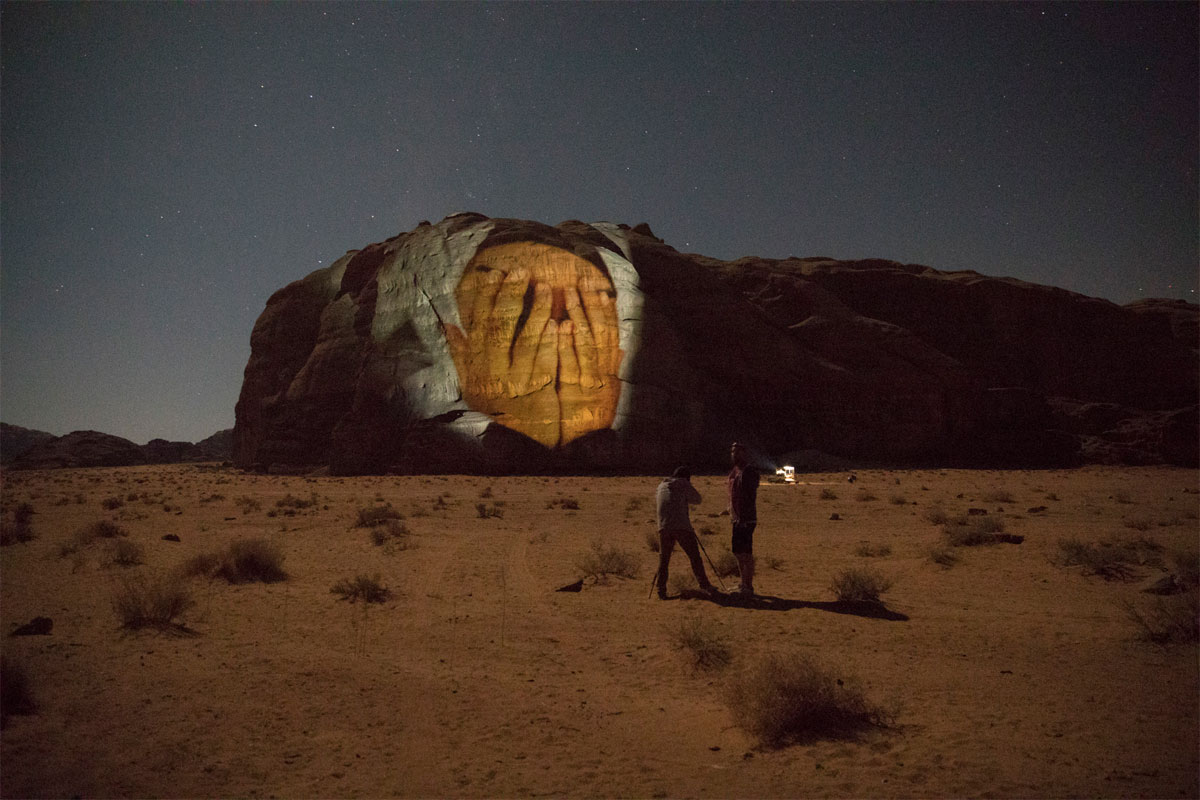