MANIVALD AND THE ABSINTHE RABBITS 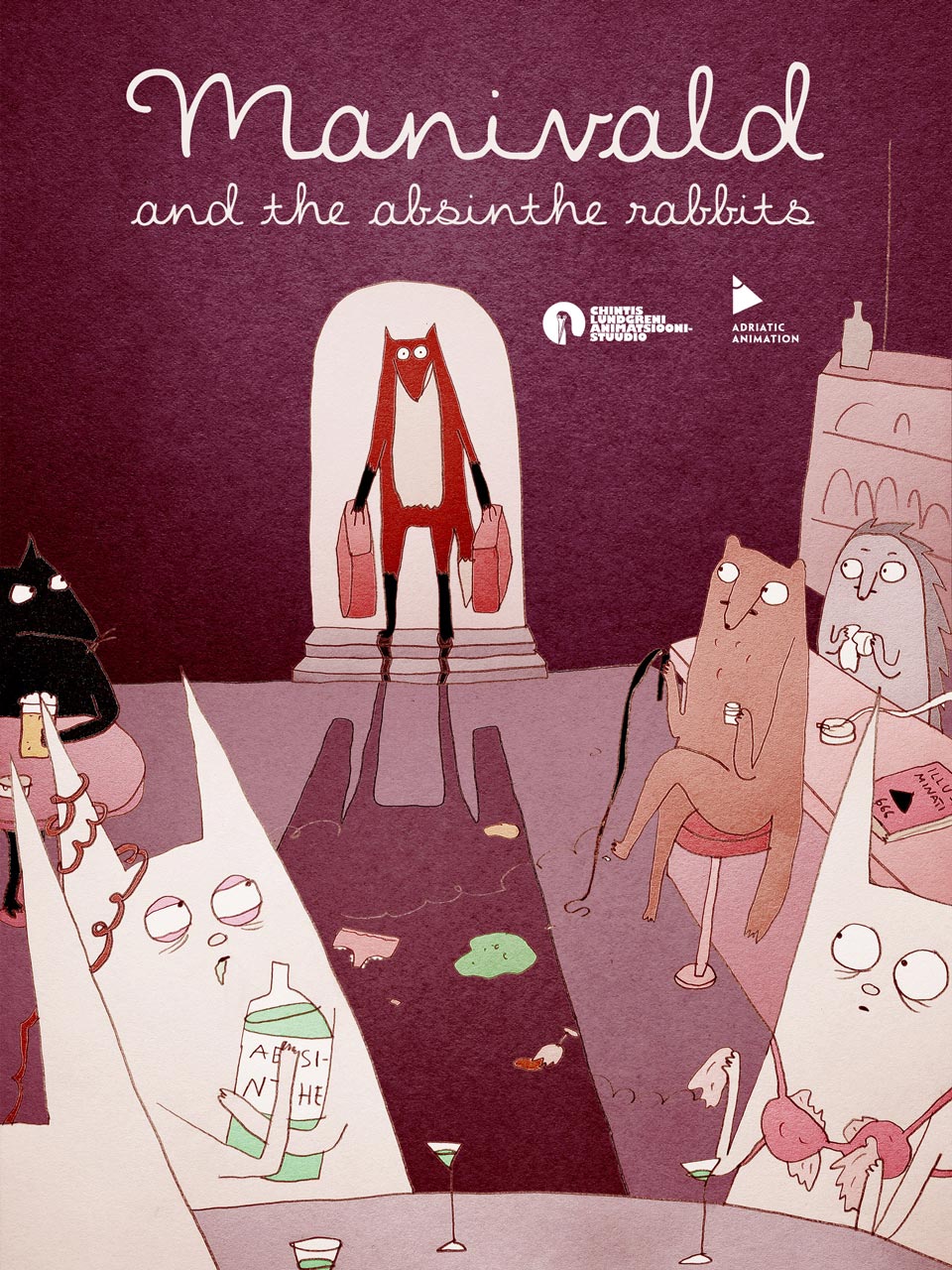 In the search of his sexual identity, Manivald moves out of his mother’s home and rents a room at a bar called the Hedgehog’s Closet. But it’s not easy to find an identity. He soon discovers that the Hedgehogs’s Closet is an undercover meeting place for local closeted gays. Manivald starts to interact with the other troubled characters and realizes that he has a talent for listening. He completes an online self-help course and starts to offer life coaching at the corner table of the Hedgehog’s Closet. As a result, he ends up reconnecting with his own past and finds what he was looking for.

Manivald and the Absinthe Rabbits is an animation series with a good sense of humour that is currently in development, aimed at young adults and adults based on the popular comic series that Chintis Lundgren has been creating. It is a full animation series to be developed after the first short animated film titled Life with Herman H. Rott, based on the comic of the same name. Life with Herman H. Rott was selected for screenings at various film festival competitions including the Annecy International Animation Festival.

Manivald and the Absinthe Rabbits is full of unique characters that reminds us of the people around us in our daily lives and touches on human nature in a comical way. The story centres on Manivald, the main character as a life coach, who listens to troublesome characters who frequent a bar called The Hedgehog’s Closet, run by a hedgehog (named Tiit) and his wife Brunhilda (a bear).

In the story, “Closet” is used as a metaphor for hiding a part of an identity that cannot yet be revealed to the public, usually for personal reasons. By listening to others, Manivald eventually finds a way to get out of his own “closet” to accept himself as being gay, and helps others to free themselves from their own “closet”.

We had an interview with Chintis Lundgren, the author, director and producer, and Draśko Ivezić, also the producer, about the series in development. 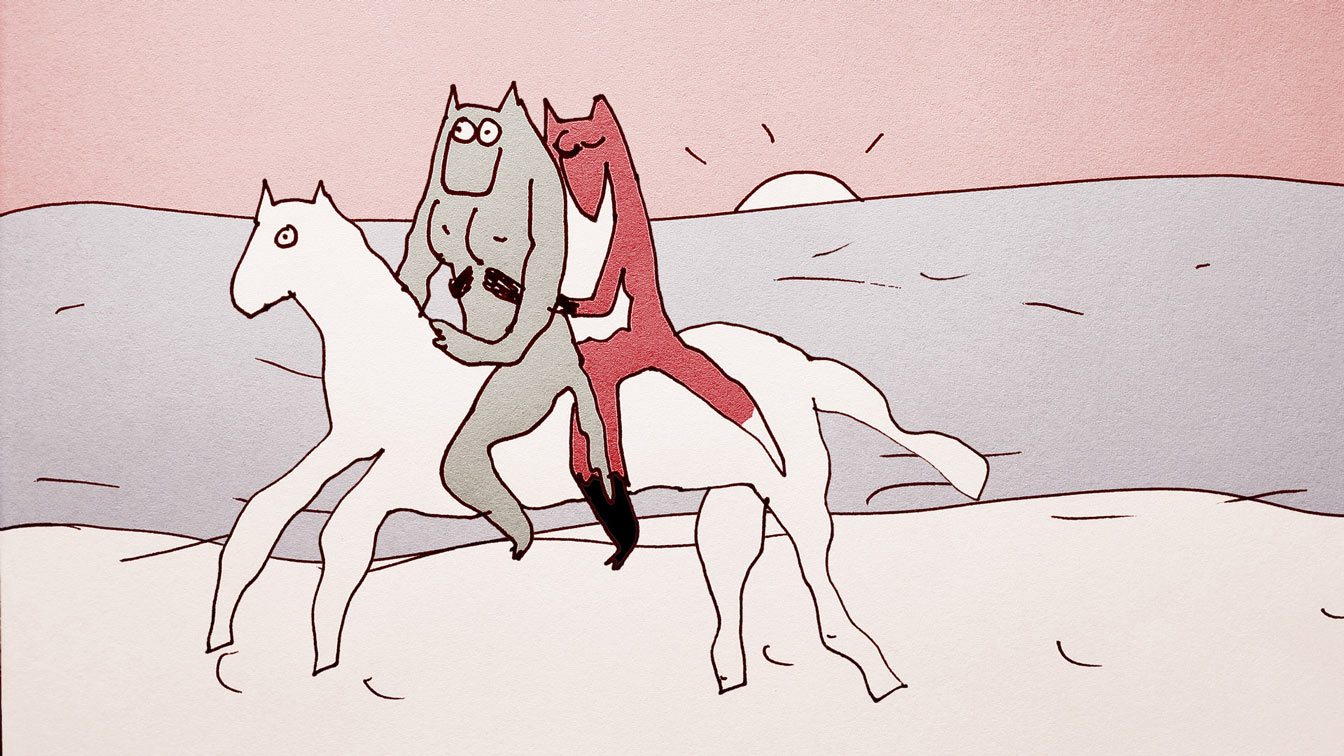 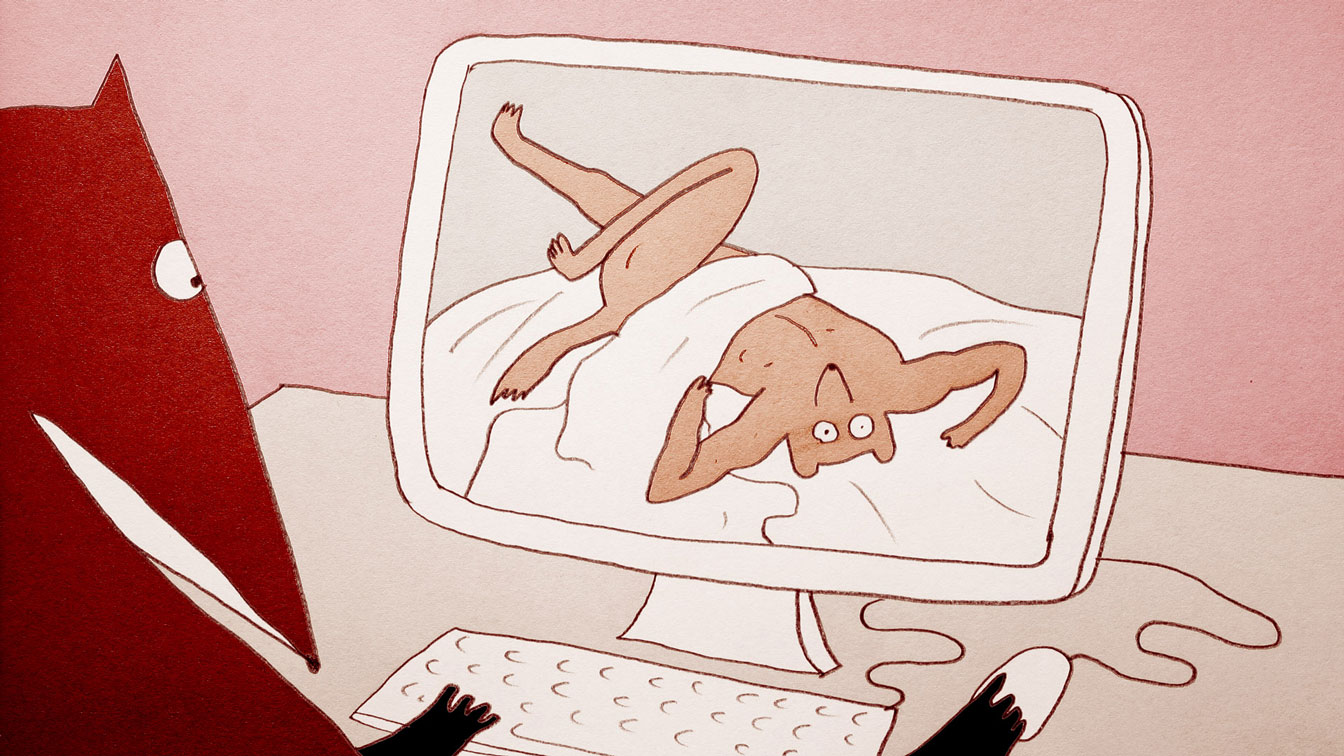 Development of the Characters and the Story

Animationweek (AW): How did you come up with the initial story idea?

Chintis Lundgren (CL): I was drawing a comic titled
Manivald and the Absinthe Rabbits, which you can find on Facebook. I came up with some characters like a very grumpy rat and the absent-minded rabbit. I noticed that people like it a lot, they especially like the rat. A lot of them were saying like, “Oh, it’s like my boyfriend, he’s also so grumpy.” So at first we decided to make a short film called Life with Herman H. Rott, which has been going around in various festivals. We saw that people really connected with it and then we thought that we should develop it further into a series. In this way, we can feature all of the characters, not just the rat.

AW: How did you develop funny comical characters?

CL: It is difficult to say, but they come from drawings. I first make a lot of drawings and then I see that a certain character looks interesting. And then I would make a few comics based on that character. For example, Manivald would always be drinking coffee and that characteristic somehow slowly develops into something. As we’re developing the series now, we go a little bit deeper into each character and try to describe how this character works and acts. It is very organic process and the characters are made from scratch. 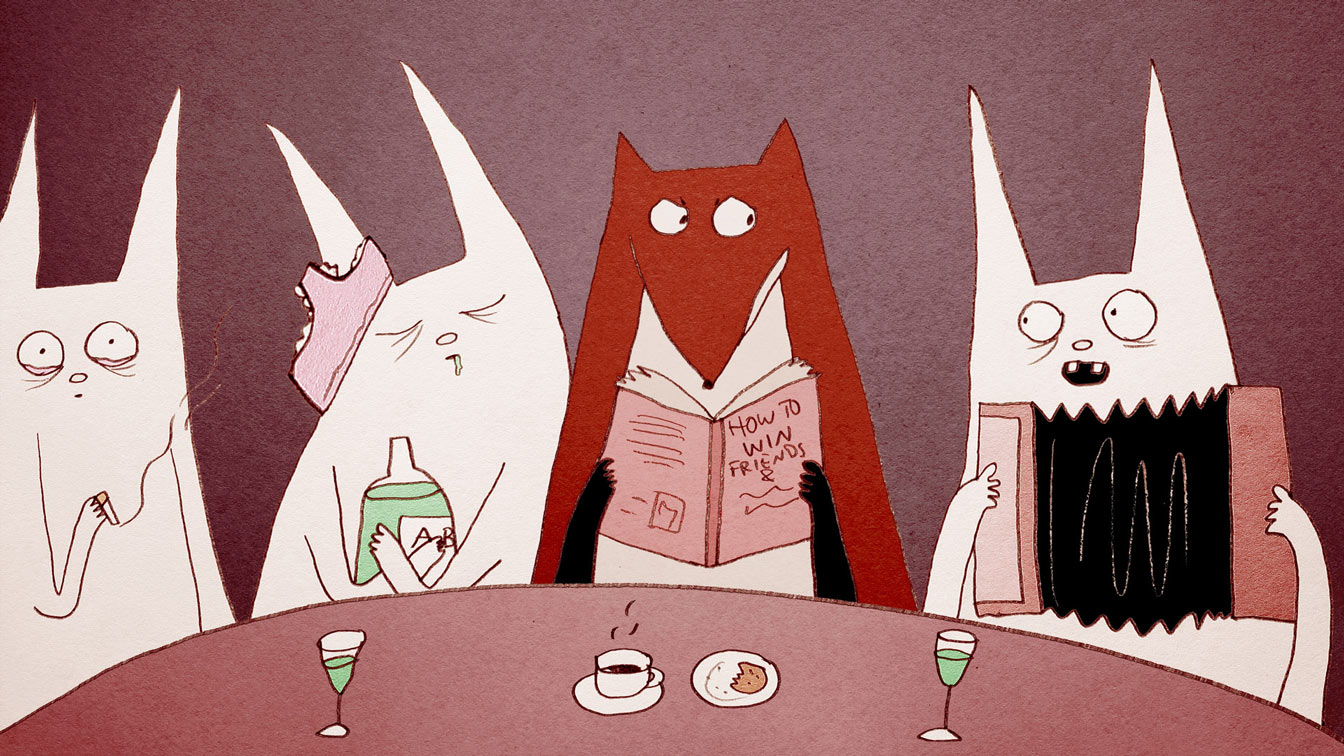 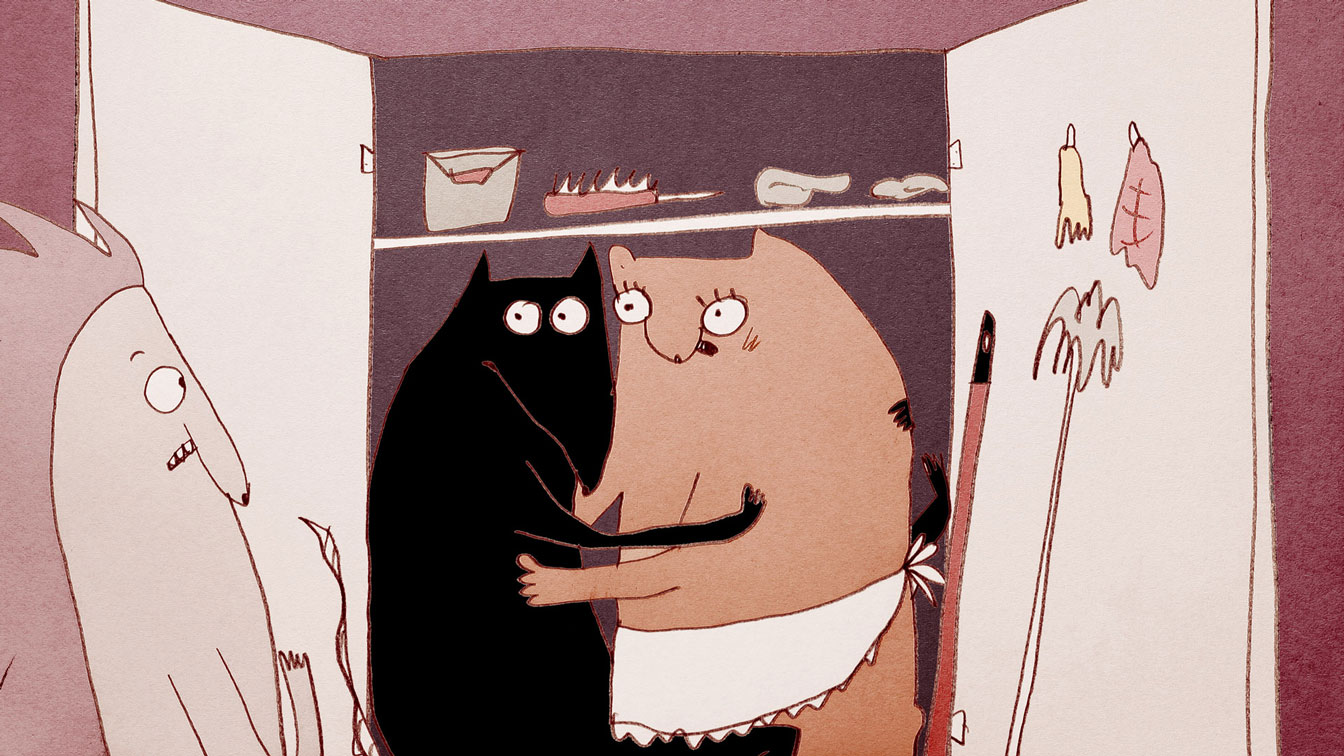 CL: I think it’s quite typical Estonian humour. I suppose that it is something I have grown up with. It’s something that’s inside me.

AW: I also found that the combination of the characters with the music interesting, especially with the absinthe rabbits. Where did the idea to combine the music to make more humorous scenes come from?

CL: I think this is also influenced by the culture that I’m coming from. In Estonia, people are usually very introverted and quiet. We express ourselves in other ways like in music and drinking. When we get drunk, we sing and dance and that’s how we express ourselves. This is also something that came naturally to me. 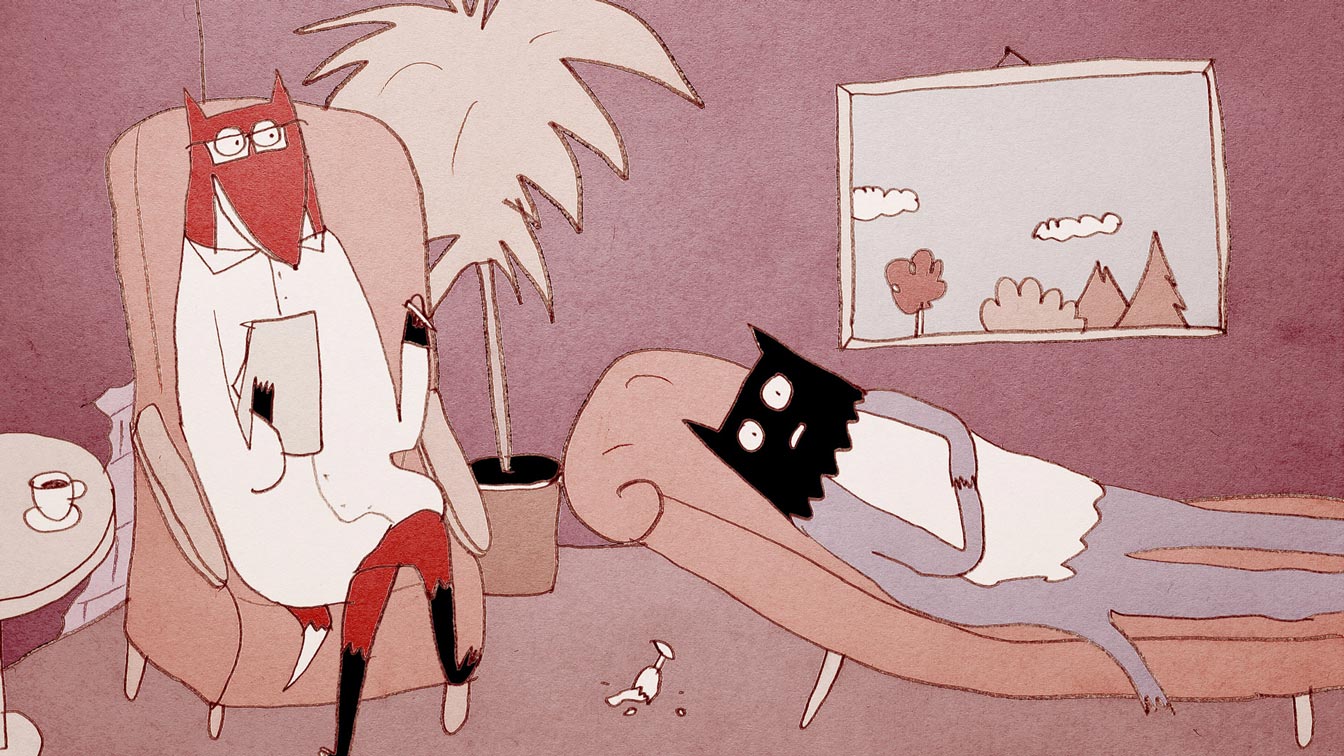 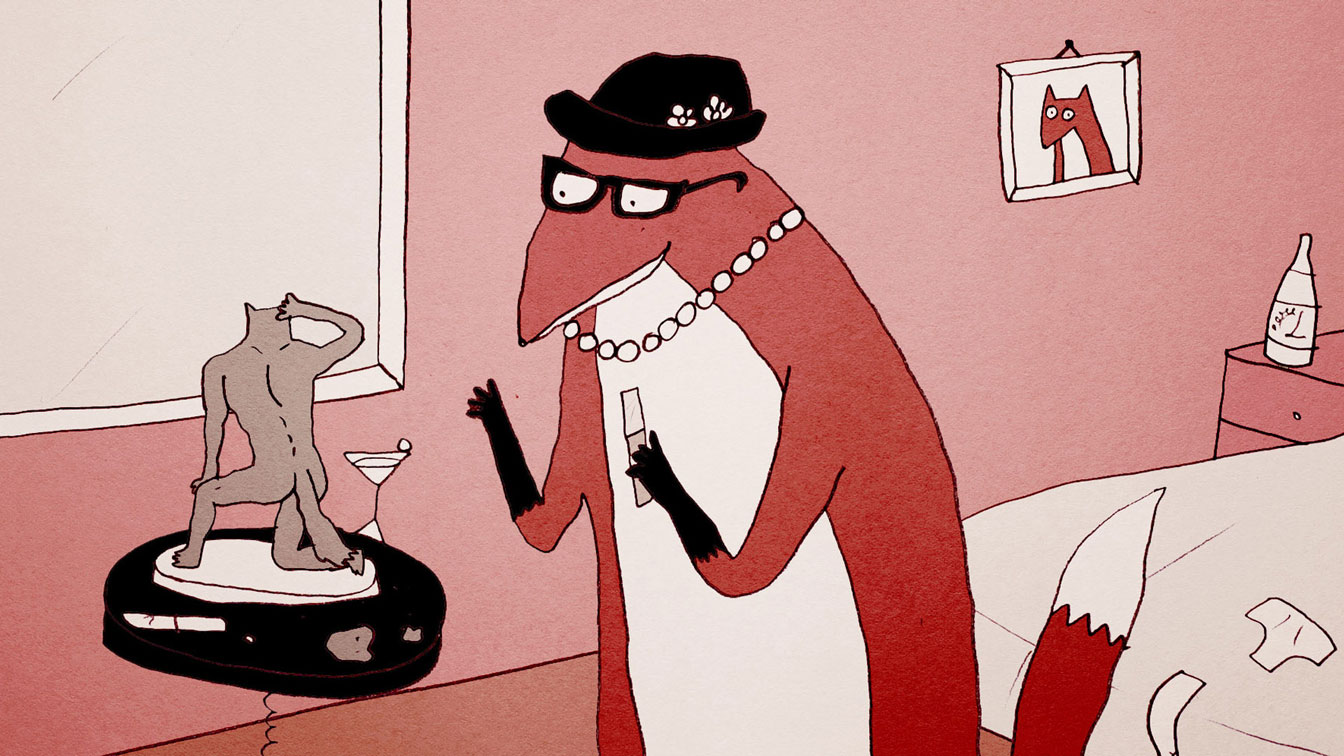 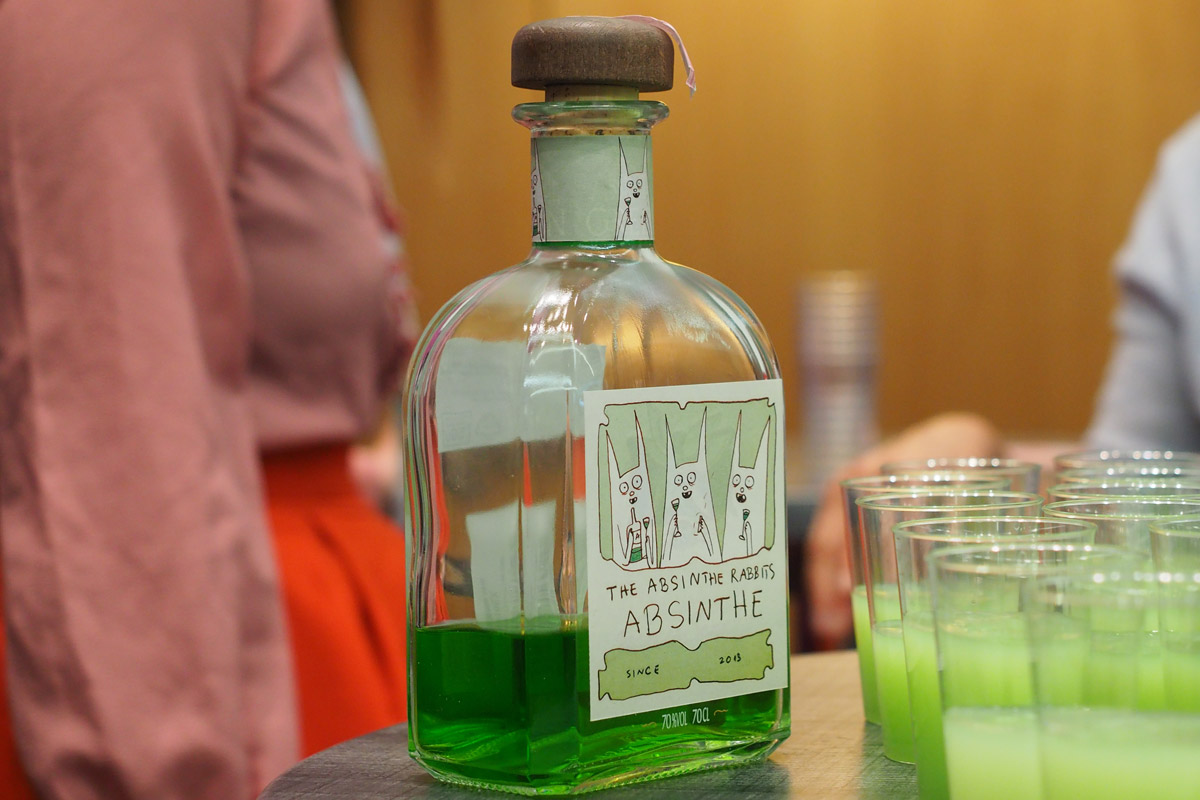 AW: How are you and Mr. Ivezić collaborating together?

CL: I think that we balance each other out perfectly. It is because my imagination tends to run wildly. It is difficult for me to construct stories. I just think of a lot of crazy things but it doesn’t make sense. That is where Draśko comes in.

Draśko is very much into story. He sees how the story can be constructed. I would come up with an idea, I write the first script and then he comes and he looks over it and says, “Okay, this doesn’t make sense and this doesn’t work”, and we discuss it. In the end, when he’s finally happy with the story, then it’s a good story.

AW: What part of the TV series do you like the most? Do you have any favourite characters or scenes?

CL: It’s difficult to say. I think that I like the musical interludes, which by the way, are the clips of rabbits singing that we showed during the presentation. It was fun to make them because Draśko was doing the voices (singing) and it sounded so silly. It’s a lot of fun. We were laughing like crazy during recording.

Draśko Ivezić (DI): To me, the most fun is the part where we tell stories like human dramas through these hand drawn characters. I like this connection. I find it very appealing. We like watching other TV shows that talk about little human problems and shows those to us through comedy.

AW: Do you have any difficulties in making a TV series targeting adults?

DI: It’s not a problem in making it, but more about financing it. As you know, financing normally comes from broadcasters. In Europe, broadcasters are very much for children-targeted content. So for them, they don’t really see how and where they should place this adult content. Sometimes they place it together with sitcoms or drama series. It’s relatively new to have animation for adults in Europe. So I suppose that broadcasters will have to figure that out. We realise that we are maybe opening some new doors which were closed before in that sense.

AW: What kind of support are you looking for?

DI: The most important thing is to find the place that would show the series. We need to sell. It could be either broadcasters or the platforms.

DI: Yes, as a company, we are also looking for investors who would like to invest in a start-up company. We only existed for two years. We believe that what we do could actually be very good business. We need some capital to re-invest and try to figure out what’s the best product to reach out to a wide audience. Making something costs money. That’s what we need. 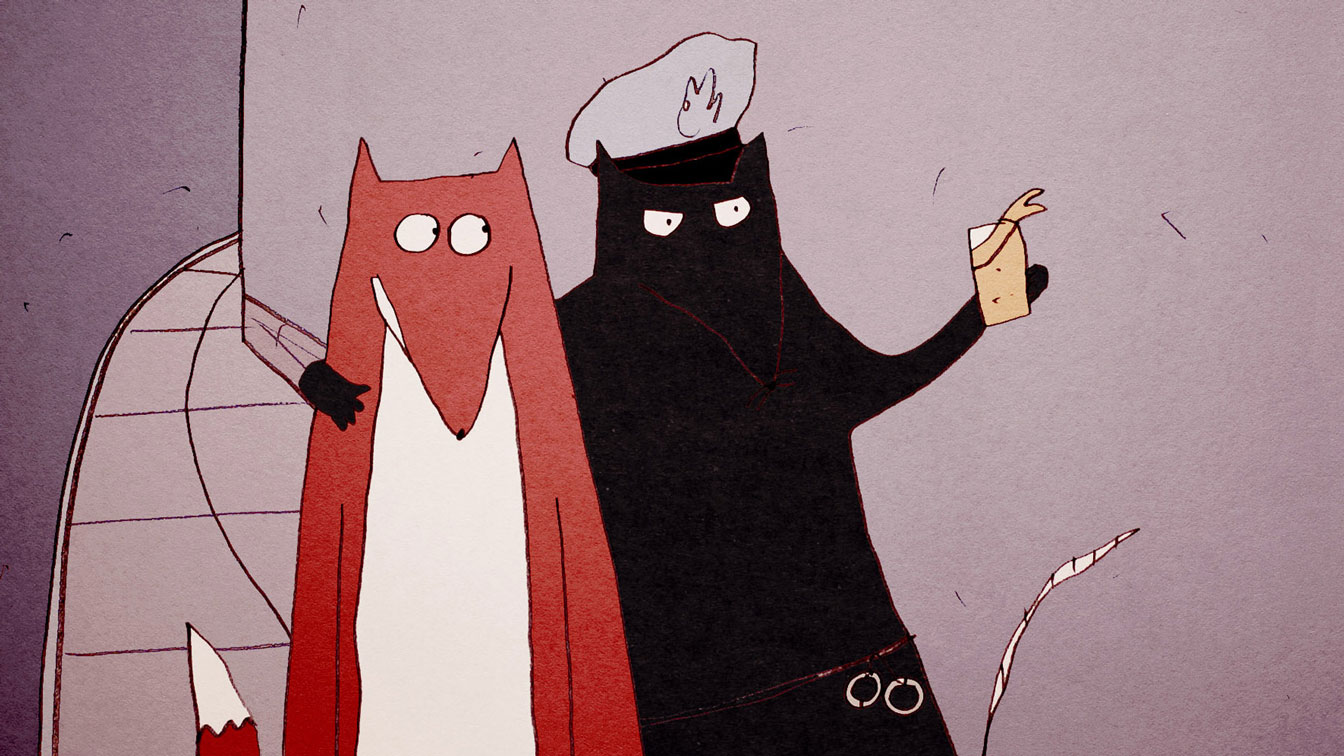 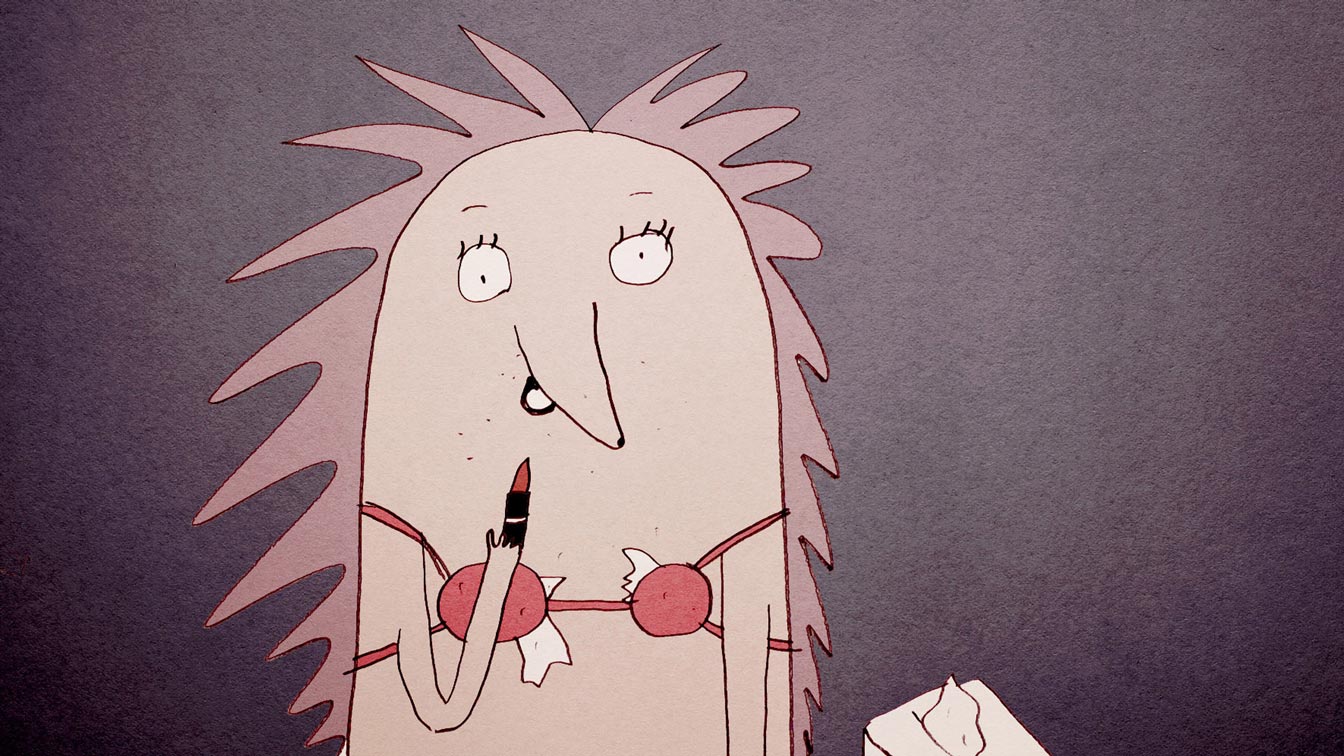