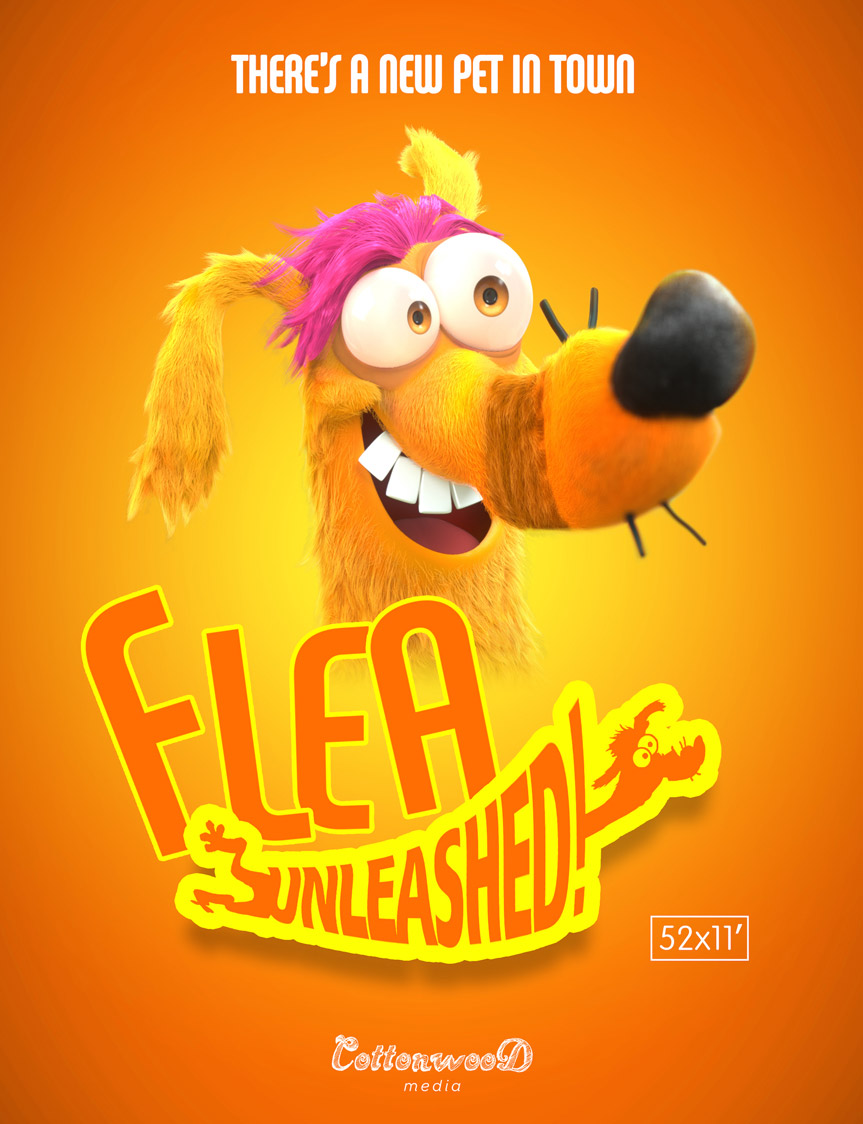 While innocently digging a hole in the ground to bury a hambone, Flea, a fun-loving and clumsy stray dog, uncovers a mysterious portal and tumbles through it. Soon after, he arrives in a tranquil, otherworldly pet paradise called Petopia where he’s immediately welcomed by an eclectic group of pets who accept him into their delightfully dysfunctional family. But paradise is soon turned upside down when Flea accidentally breaks the Glorious Levitating Orb Beaming Eternal Relaxation and Tranquility – the source of Petopia’s peacefulness – spiraling the world into a place of chaotic unpredictability! While paradise will never be the same, it sure will be a whooole lot more interesting. 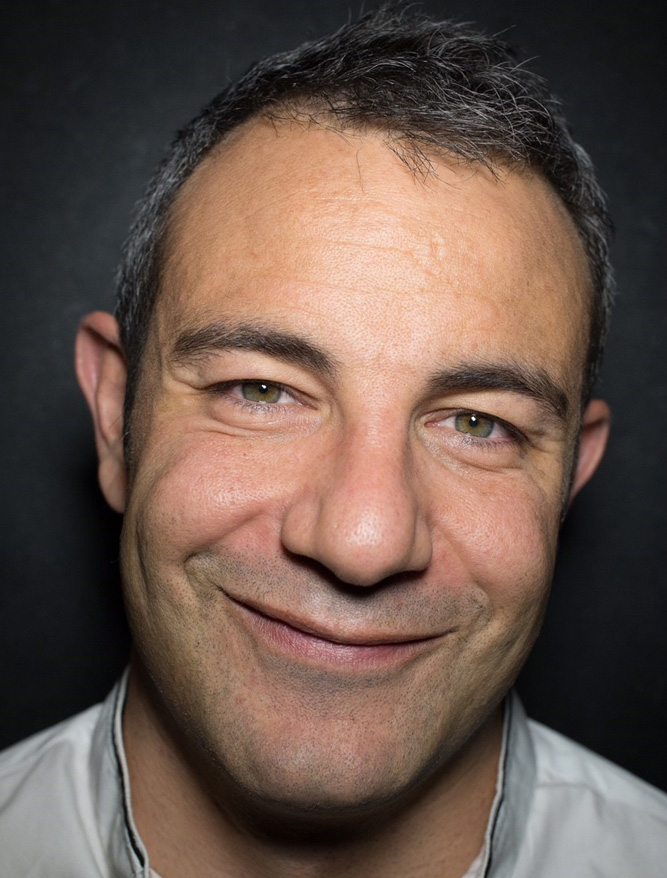 Flea Unleashed! is a 3D digital animation series for kids around 6-8 years. It is a heart-warming comedy of a funny and clumsy stray dog, named Flea, who tumbled into a pet paradise, called Petopia. We are happy to deliver the words from David Michel, the Producer and the President of Cottonwood Media, about this attractive new project.

Animationweek (AW): Where did the initial idea of the project come from?

David Michel (DM): It started with a concept of the story, in which three creators in Los Angeles came up with. They are Peter Hannan, who created CatDog for Nickelodeon, and Robert and Michelle Lamoreaux, who worked with me on Totally Spies! in my previous company, Marathon Media. They are also doing a lot of Nickelodeon shows these days. They sent me a little treatment and we started working with them. It took actually almost over a year to take it to a good place, and then to start the visual developments.

AW: How did you develop the unique characters and the visuals of the universe?

DM: We thought that we needed something really different. Since we started the company, our policy has been to look for directors from other fields than animation because we want to avoid having an animation with the same style, look and feel as everyone else. So Sam, the Director, comes from the commercial world. He has done a lot of very high-end CGI commercials for brands and also done short films. Actually, we thought that it would be a 2D animation, but at some point we got the 2D designs that looked really good, and we wondered how it would look in CGI.

A project starts with a concept of a story, and then once you have the story, you try different styles, and the one that fits the story is the best one you go with. That’s how it happened and that’s the best way of working for me.

AW: In the trailer, a main character will dive into a beautiful and dreamy fantasy world. How did you develop the visuals of the unique imaginary world?

DM: There are a lot of comedies on the market and most of them in the western world are American-style flash comedy with characters drawn by thick lines with the same kind of background art. We wanted to make something different from that and also add a little craziness.

It would be both art and commercial. Most of the team members of this project do not come from animation, so that they do not have a strong influence from animation in general. I think that’s why it looks so fresh and so different.

AW: What kind of message do you want to deliver to audience, if you have any?

DM: The hero of the series is a stray dog, who never had a family, who finally finds one on this island. And, to me, there are two things that we want to convey. The first one is for kids. When kids’ pets go away from home, what happens to them? The second thing is about family. It doesn’t have to be like blood ties. It can be anyone who is really your friend and has your back, no matter what.

AW: What kind of support are you looking for now?

DM: We have our French broadcaster and we’ve had a lot of interest everywhere. So, what we really need right now is a major finance here. It can be a European network, or a streaming platform, or a global deal, because it is a quite costly endeavour to make a CGI animation.

AW: If everything goes well, when can we enjoy the stories?

DM: If everything goes well, we’ll start production from spring or summer 2017, so we will start delivering at the end of 2018 and it will hit the air early 2019, I would say.