Women in Animation (WIA) has been dedicated to advancing women in the field of animation since its foundation in 1995. They aim for a world where women take up an equal share in the creation, production and rewards of animation, and provide support and resources to realise it.

During the Annecy International Animated Film Festival this year, the first WIA World Summit was held at the Impérial Palace Hotel in Anncey. It was hosted by WIA and Les Femmes s’Animent (LFA), together with The Walt Disney Studios, the Centre National du Cinéma et de l’Image Animée (CNC), the Société des Auteurs et Compositeurs Dramatiques (SACD) and Hiventy.

We are honoured to have our exclusive email interview with Margaret Dean, the co-president of WIA. 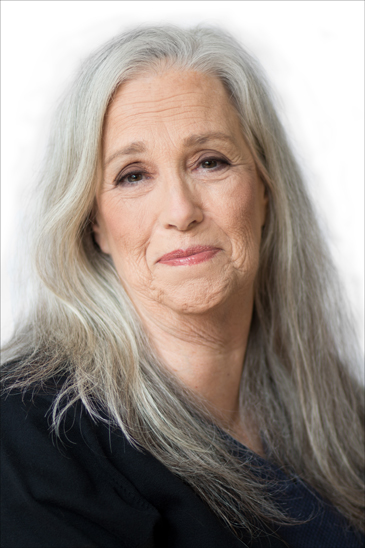 Animationweek (AW): Could you please tell us a brief introduction of your career in animation industry?

In my career, thanks to my expertise, the knowledge and experiences for building studios and animation pipelines, I was responsible for the design or re-design of several studios large and small; including Columbia-TriStar TV; Warner Brothers Animation, Omation (Steve Oedekerk), Technicolor Animation and Wildbrain Entertainment.

I had built a structure for an expanding animation entity as I said, but just prior to joining Stoopid Buddy, I was the Director of Production at Mattel’s Playground Productions, the largest toy company in the world, and supervising the production of over 1500 minutes of animation content in all media including CGI, Harmony, Flash, and Stop Motion.

*About Robot Chicken, please read our article “03. Behind the Scenes of Robot Chickne” in the Issue 02: Annecy 2016.

AW: What was the main aim of the first summit of Women in Animation in Annecy?

MD: The main aim of the Women in Animation World Summit in Annecy was to continue and broaden the discussion we started three years ago at the festival. We chose the topic of “Unconscious Bias” as the foundation for the discussions, which was the perfect backdrop for the day’s events. The first step in making changes is to remind people of the issues and get a dialogue going.

AW: Could you please let us know your impression and outcomes of the summit?

MD: The outcome was beyond what we had hoped for. We had a full room throughout the day. More than 225 people participated and over 100 people stayed for the full event. There were representatives from all the major studios around the world attending and participating in lively discussions. And the conversation continued beyond Monday with the morning gatherings put on by Le Femmes s’Animent. In every business meeting I had as part of MIFA, we would spend part of the time discussing Unconscious Bias and the World Summit. Just yesterday, someone told me about a network executive they met with who had attended. Four weeks later and he’s still talking about it!

AW: Please give a message to young women who want to work for animation or young women professionals in animation industry, if possible.

MD: My advice is to believe in your self enough that you are driven to reach your goal. There will be challenges and road blocks but you must become unstoppable. Solicit support from mentors and network with your peers. Finally, keep creating. If you write, keep writing even if you’re not being paid for it. If you draw, have your sketch book with you constantly. Don’t wait for someone to ordain or bless you. Take your career into your own hands and figure it out…. oh, and join Women in Animation!