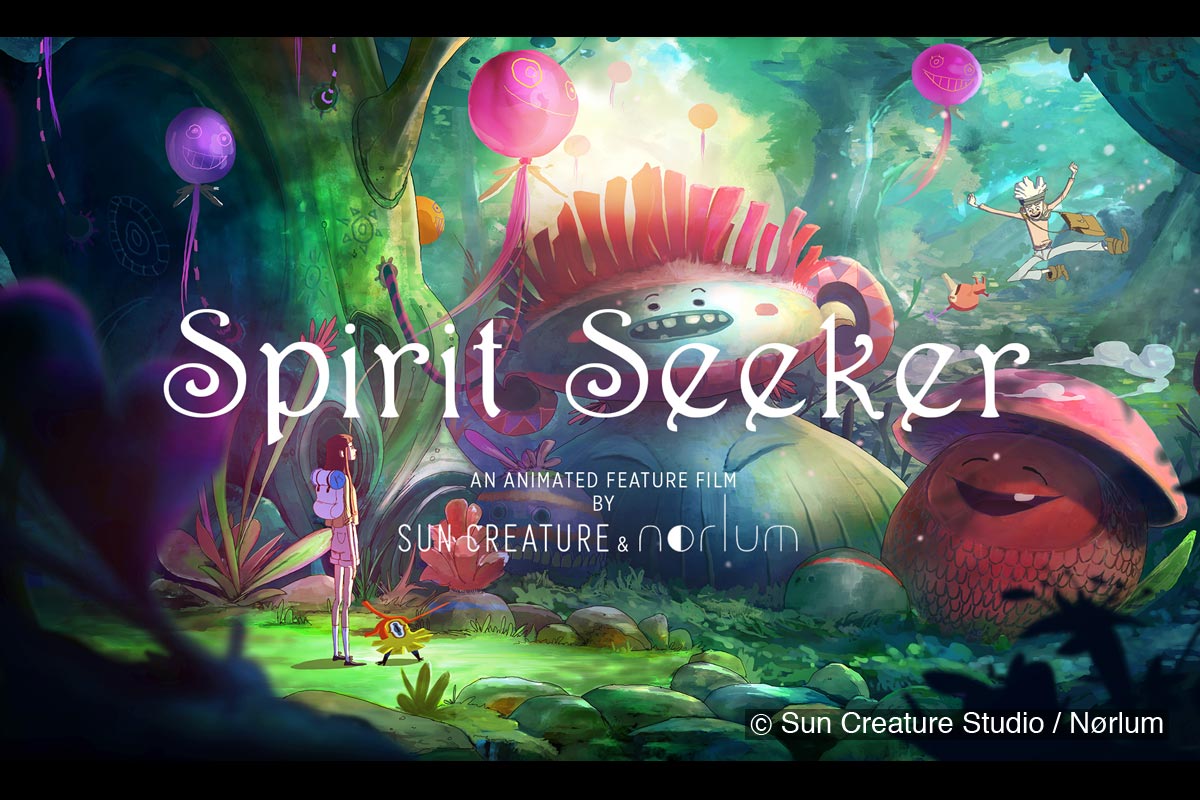 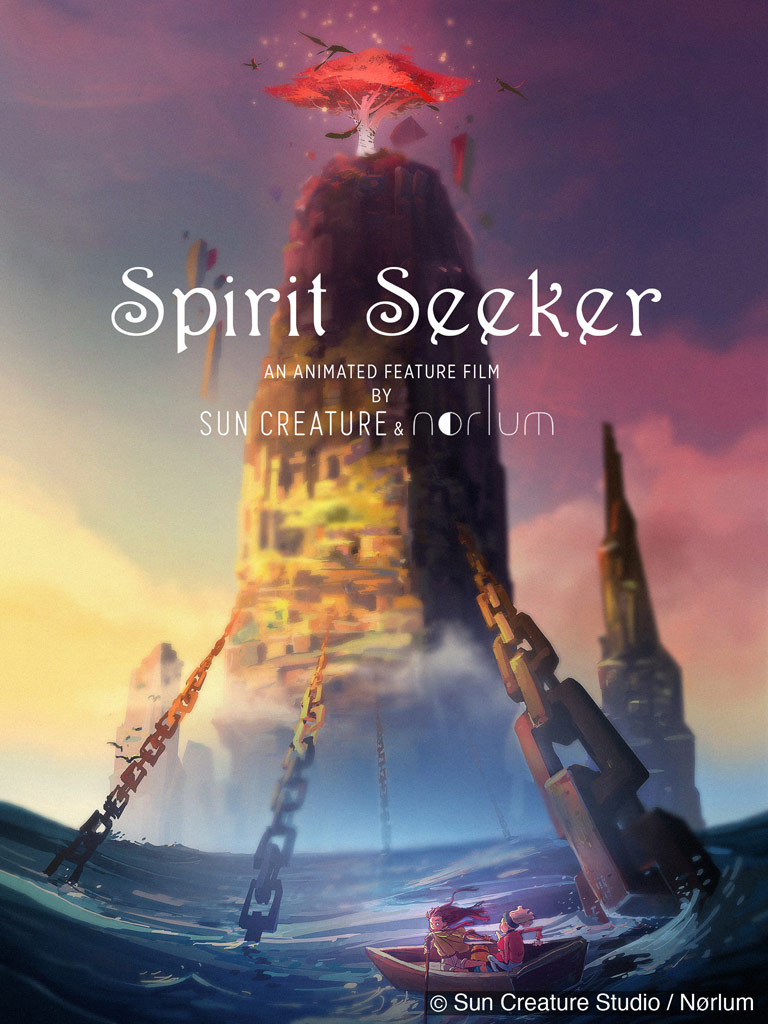 Two Danish studios, Sun Creature Studio and Nørlum, partnered for their first awaited original animated feature film titled Spirit Seeker. Claus Toksvig Kjaer, a producer at Nørlum, says that it is a perfect match, which reflects their rich experience with 2D animation production. Sun Creature Studio has been working on 2D animation series The Reward and Tales of Alethrion, following a successful crowdfunding campaign. Nørlum is one of the studios behind the recent academy nominated film Song of the Sea and an award-winning film Long Way North. They now have started working together for Spirit Seeker, which explores emotions in its own fantasy universe. 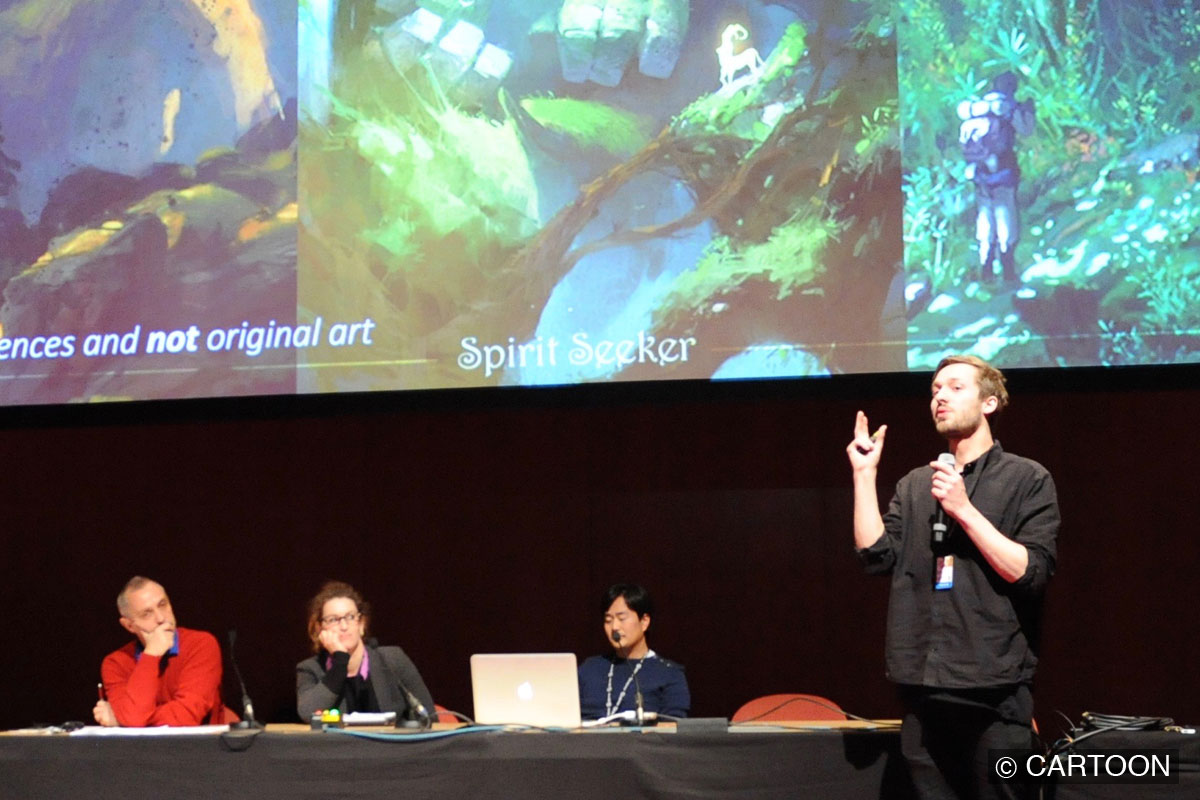 Start of the project

Bo Juhl Nielsen, co-director of the film, says that the idea came up while they were discussing about a series for The Reward. “We were talking about bringing a feel of traveling and something emotional to The Reward. After going through several discussions, we said ‘OK, why don’t we come up with a new concept which has nothing to do with The Reward, but for younger audiences.’ We just fell in love with the idea of diving into emotions that came up and decided to go with a feature film.”

Nielsen explained at the Cartoon Movie presentation that it is a film most people can relate to because most of us have tried to understand what emotions are like. He recalls his childhood when he lived with his feelings in an intuitive manner, and says: “I really did not question my feelings. If there is something funny, I’ll laugh. If there is something sad, I’ll cry. When I became 13 years old, I started questioning myself about my feelings. Why do I feel? How can I ever relate to this?”. All of us probably went through similar stages to a certain extent on our way to become adults, just like Nielsen portrayed. This kind of notion forms the basis of Spirit Seeker. Nielsen and the team came up with the original idea of a magical spirit creature, which is a representation of our emotions born from our heart at the age of 13 years old when kids are about to enter adolescence. This allowed them to learn to relate to their emotions as a little creature that lives outside of them but is tied directly to their emotional heart.

Long before Felina, the main character of the story, was born, there was a time when people lived with their spirit creatures and were guided by spirit seekers who were wise and had strong awareness of feelings. Nielsen says, “Spirit seekers have a perfect balance between heart and mind. They go around teaching people to understand the complexity of an emotional life. Spirit seekers have created an open society with trust where everyone knew each other. “

When Felina turns 13 years old, she eagerly awaits for the moment to have her spirit creature crystallized. But, this does not go as planned—her spirit creature cannot be crystallized and runs around wild and free, threatening the established technology and city-like way of life. She has to flee from the city and go on a journey into the wild to discover the truth of her world and restore it to balance. Along the way, she makes a new friend and meets other people and creatures.

Development of the visuals and script

Although this film is still in an early concept stage, the story and concept visuals are attractive. Nielsen speaks about the development of the visuals: “It basically came from me. In our studio, we sat down together and brainstormed about how to make a contrast in emotions. It just felt natural to go with these colors and we thought that this fits to the theme of emotions.” He continues: “We are currently in the process of writing the treatment and script. It’s very much like playing ping-pong with Jericca and Claus. We are going back and forth to try and find the essence of the story. It’s still in a very early concept stage.”

Charlotte De La Gournerie, a producer at Sun Creature Studio, says they are applying for a fund to develop a script and looking for partners in all stages.