Elderly people often have a little ritual for the summer holidays. What’s Barbara’s? It is an incredible heist every year! This year, she’s planned everything as usual… or almost! Benjamin, the grandson she has never met, has decided to spend his summer holidays with her. How will she pull off a heist with an 11-year-old boy under her feet? 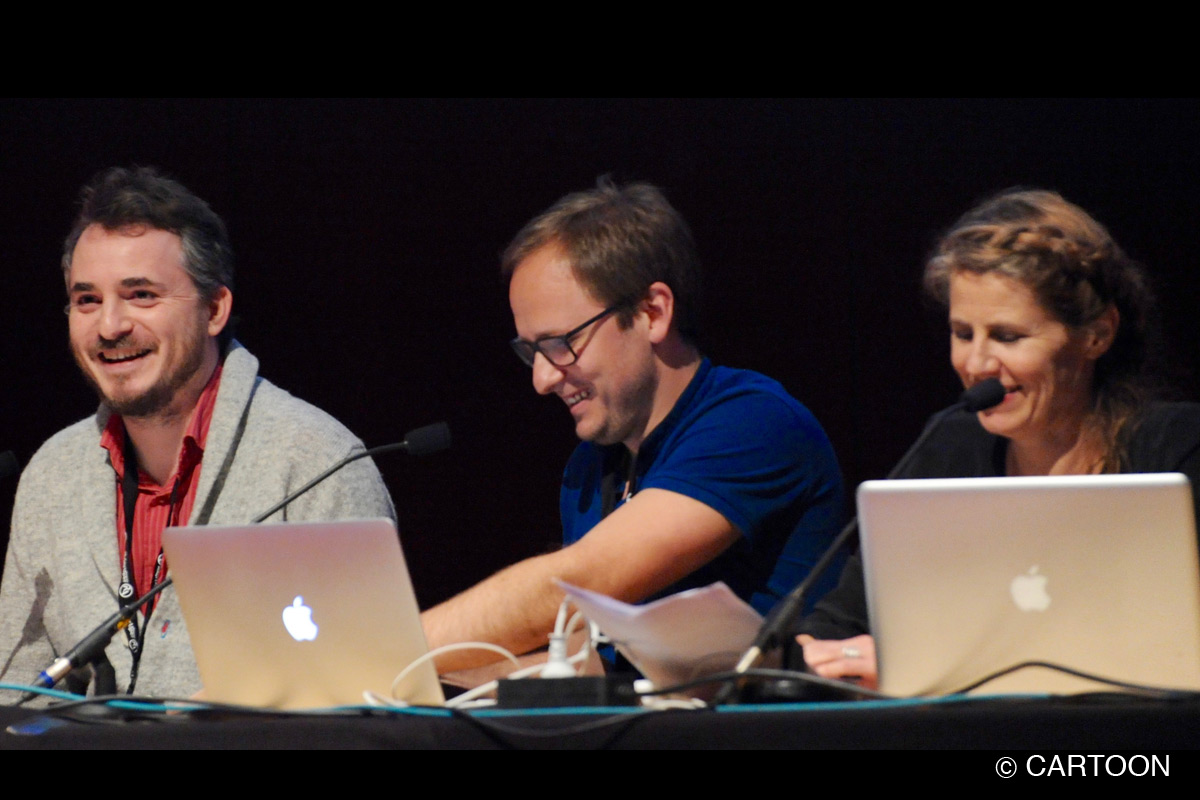 Moustique, Cigale & Cambriole is an anticipated feature film currently in development, directed by Cédric Babouche, following his successful titles such as Houdini, Imago, and La Routine. His known beautiful watercolour style maximizes the beauty of this film. Moustique, Cigale & Cambriole is a fun and heartwarming road trip film for every family member to enjoy. One summer, a team of gangs led by Barbara is all set for their usual trip of heist. However, their trip is suddenly interrupted by a boy named Benjamin who turns out to be Barbara’s grandson. This surprising encounter leads to an unexpected journey travelling around the various beautiful sceneries in France. 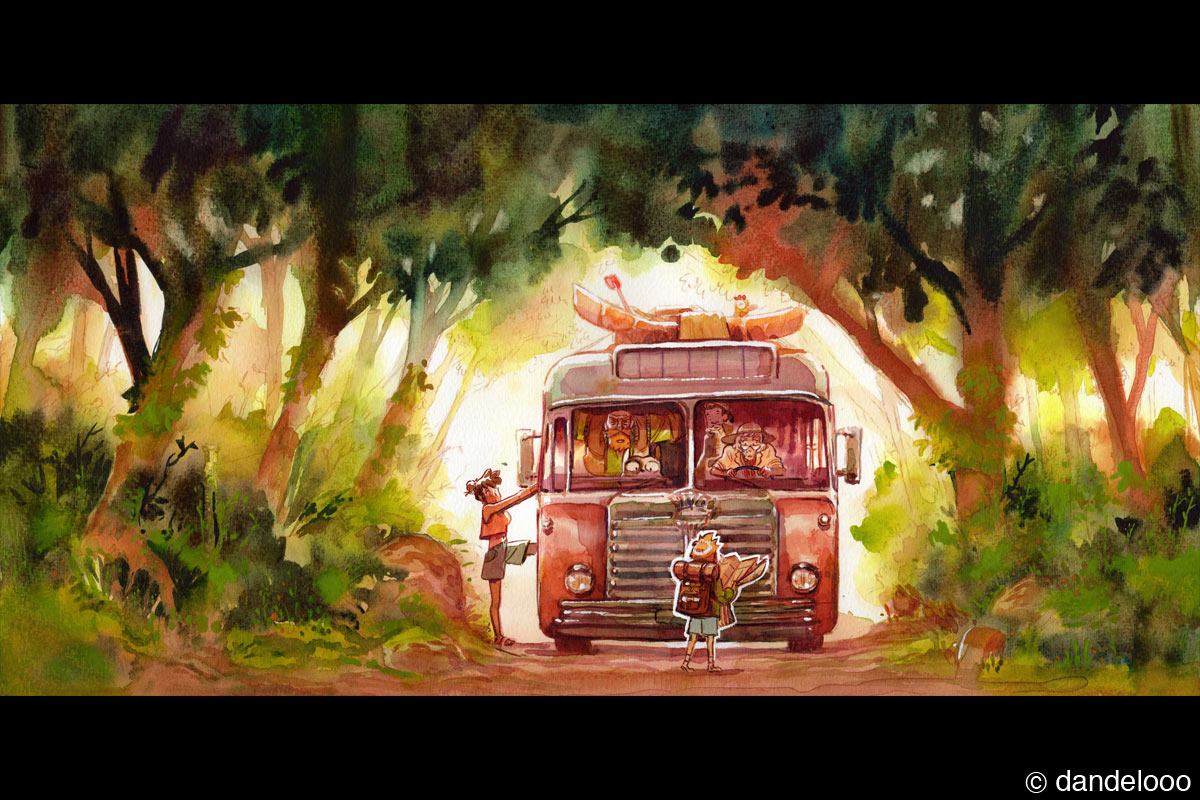 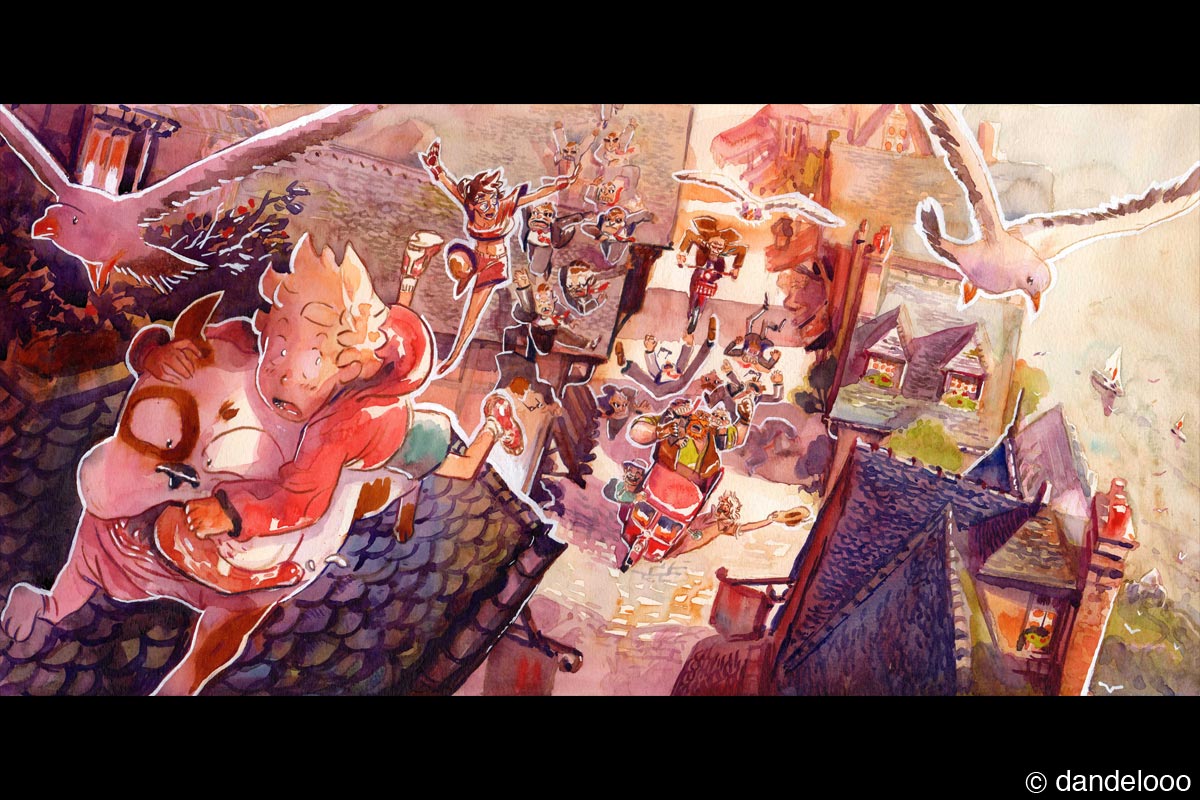 A film for everyone to enjoy

Babouche tells that the project started as a tribute to his aunt: “The initial idea came from my personal experience. My aunt was a thief, which I discovered when I was eleven. I was very close to her even if I didn’t see her a lot. This is a story in memory of my aunt who passed away one year ago. That’s where the idea came from.”

The initial idea evolved into a story with diverse characters. We asked Babouche how he could come up with these unique characters and he says, “I am also a comic book artist. I draw a lot of characters. It was quite easy to set characters to make them all work together, such as a big guy, a thin girl, or an old lady. After that, I had to find a good way to characterize the old lady who has to be strong, funny and also annoying in Benjamin’s eyes.”

These unique characters in the story can be a key for the film to be enjoyable for everyone. Babouche explains: “I am a big fan of Hayao Miyazaki. He does movies for everybody. From the beginning, I wanted something for everybody. In France, we would like to say it is for 6 to 10 year-olds, but it is really for everybody because we have a grandmother, a kid, a father, and a daughter. Everybody will be able to find a character whom they can relate to.” 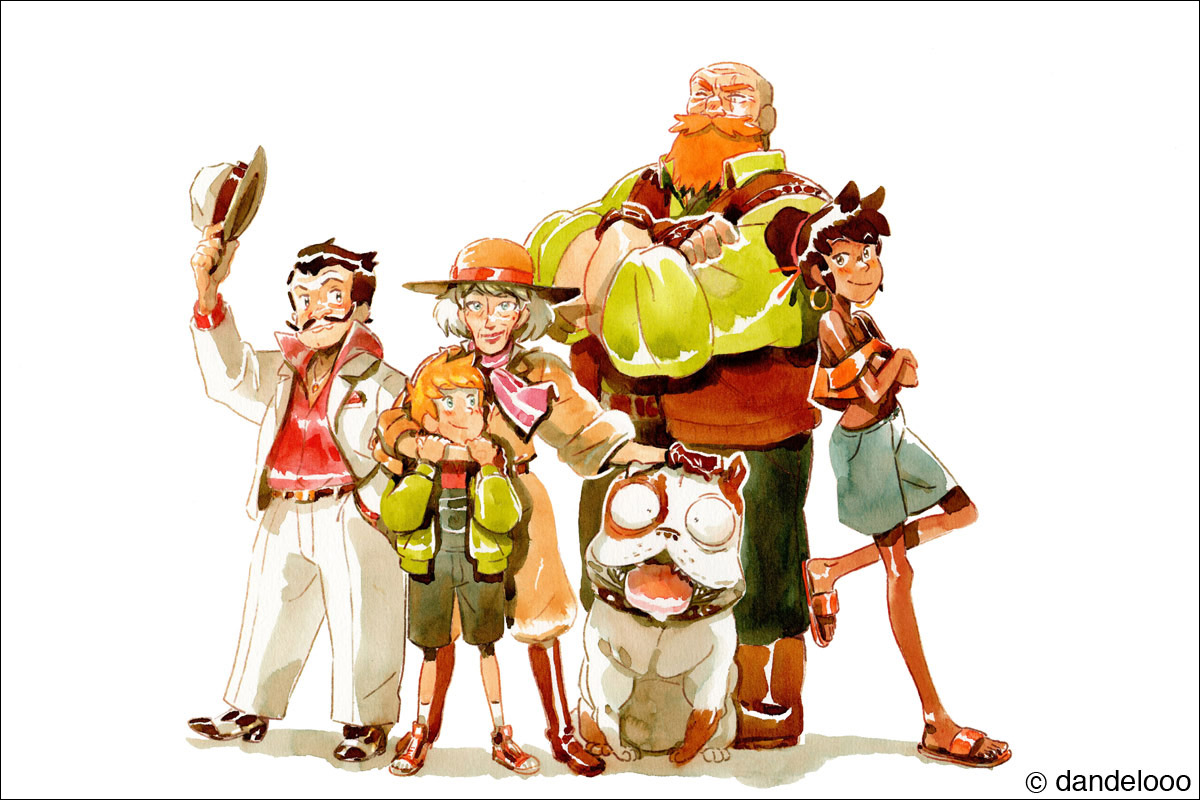 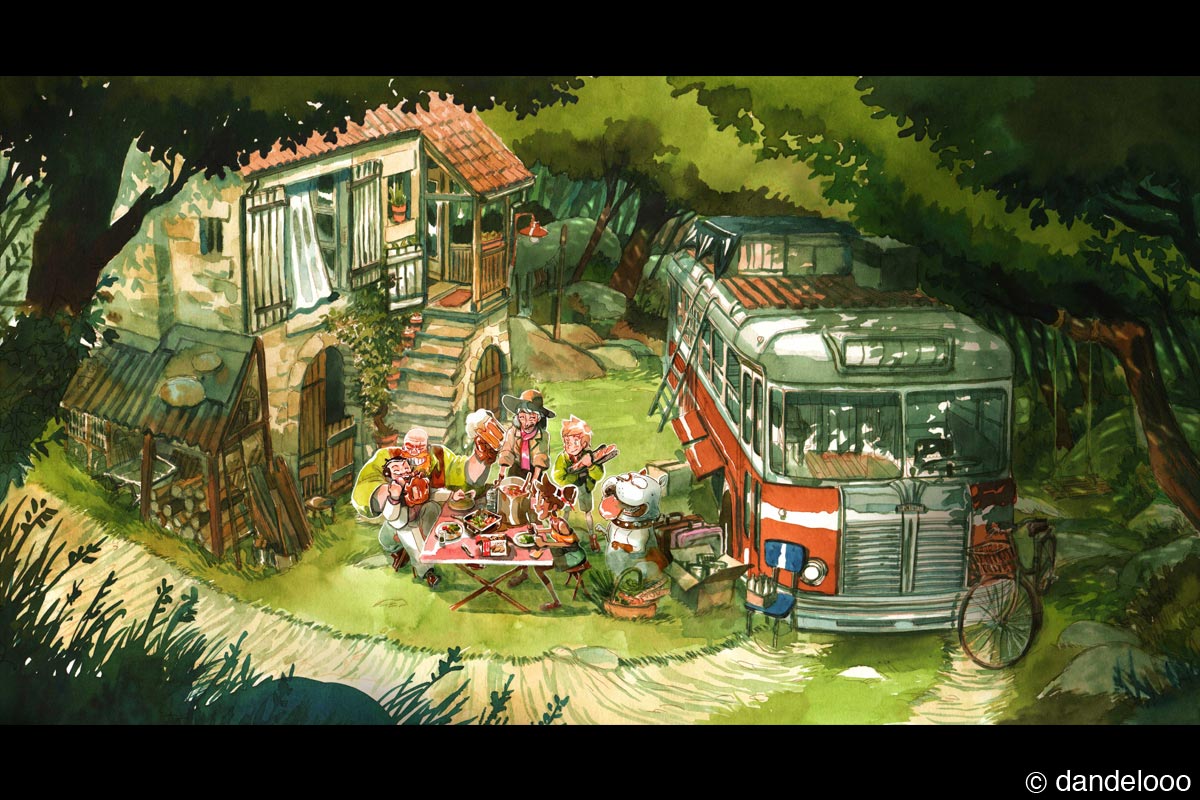 Full of French-ness with his beautiful watercolour paintings

Babouche placed importance of a French atmosphere in this film and says: “From the beginning, we really wanted to say ‘This is a French film’. We want to make it authentic. We go to these beautiful regions and cities, which are so French. We want to keep this very French touch.” They have the idea of going around the beautiful sceneries of French sites, from Mont-Saint-Michel, through Provence, and then to the South of France in the film. 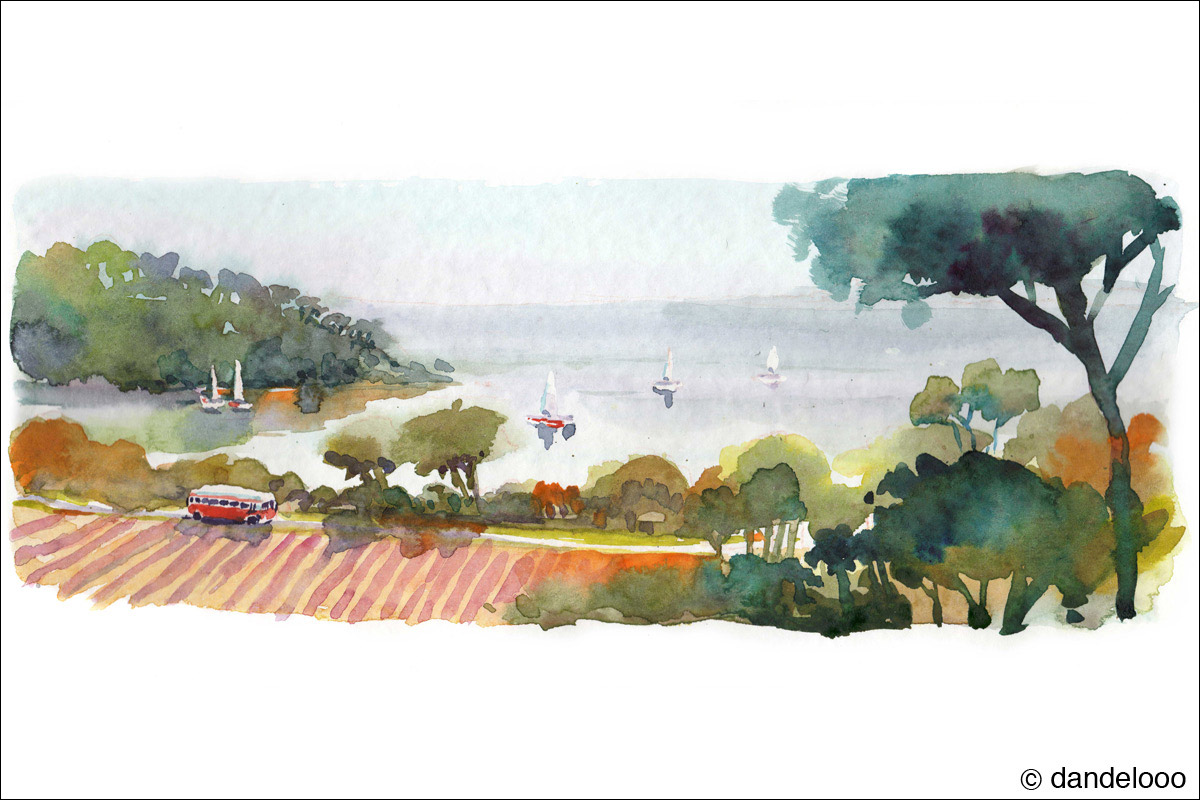 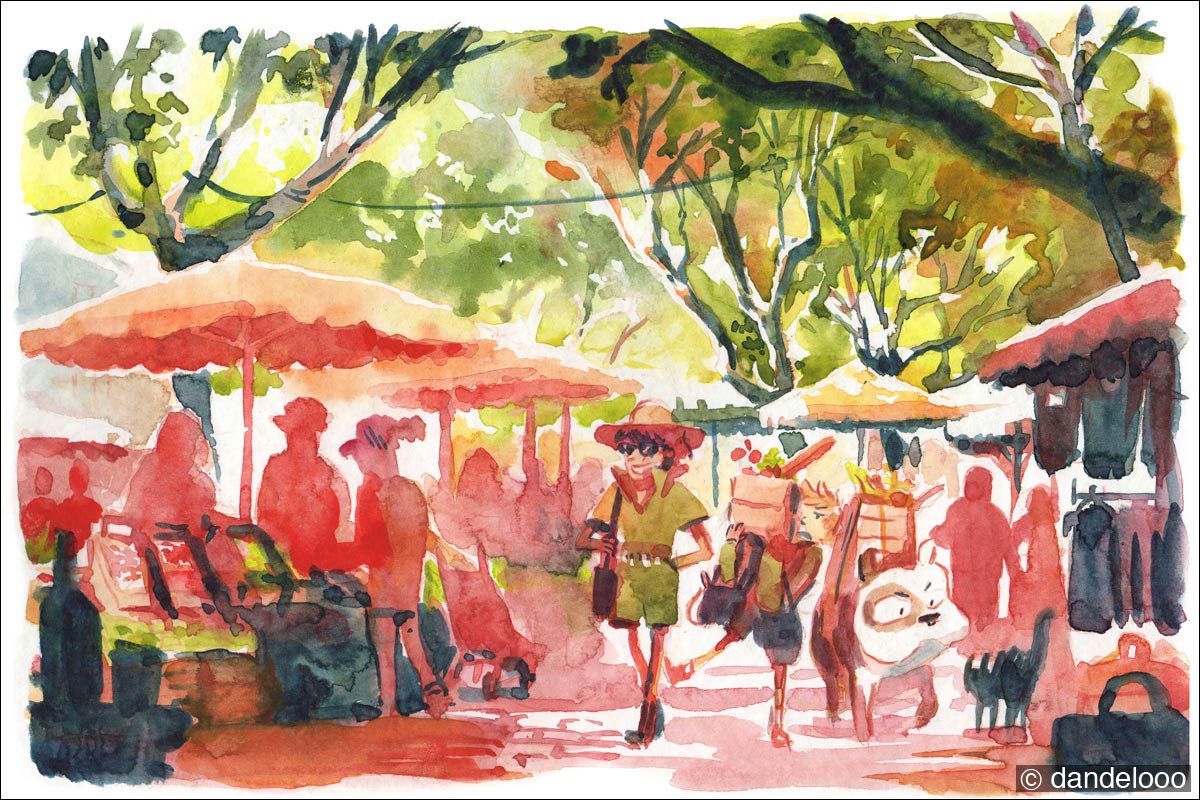 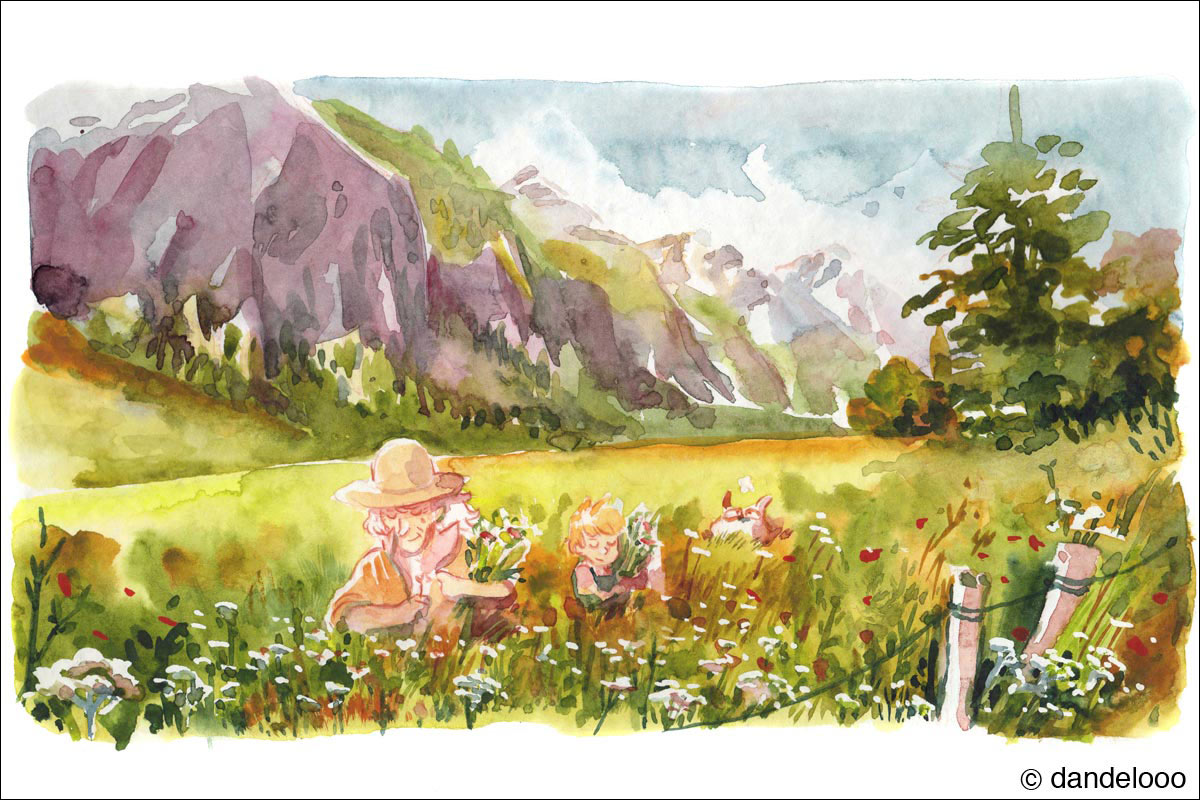 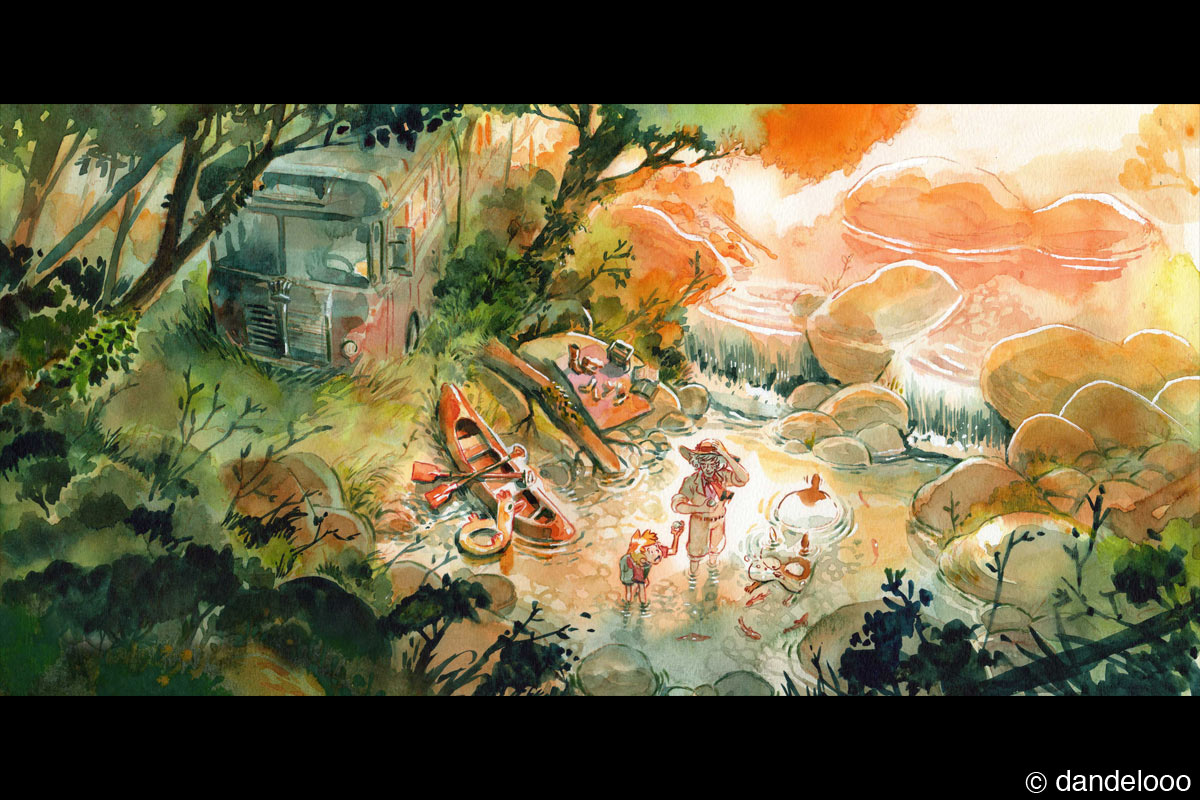 This beautiful French-quality will be enriched by Babouche’s beautiful graphic style of watercolour. Watercolour is up his alley. Babouche says that he has been painting with watercolour for 25 years since he was 14 years old. He goes out for painting whenever he has a chance. However, there is a technical difficulty to realize a 2D watercolour touch with a mixture of 3D technique. He says: “The main problem with my project is that it’s quite complicated. There are a lot of details underneath. I have to find a way to make the characters really easy to be interpreted in the scene. First, I wanted to do with simple 3D characters, but I wanted to bring back some lines of expression that 2D characters can have. We had to find a way to put a good texture on top of 3D characters, because if you only try to put a watercolor texture, it doesn’t work.” The outcomes of their hardworking and their care for details can be already seen in their beautiful trailer. 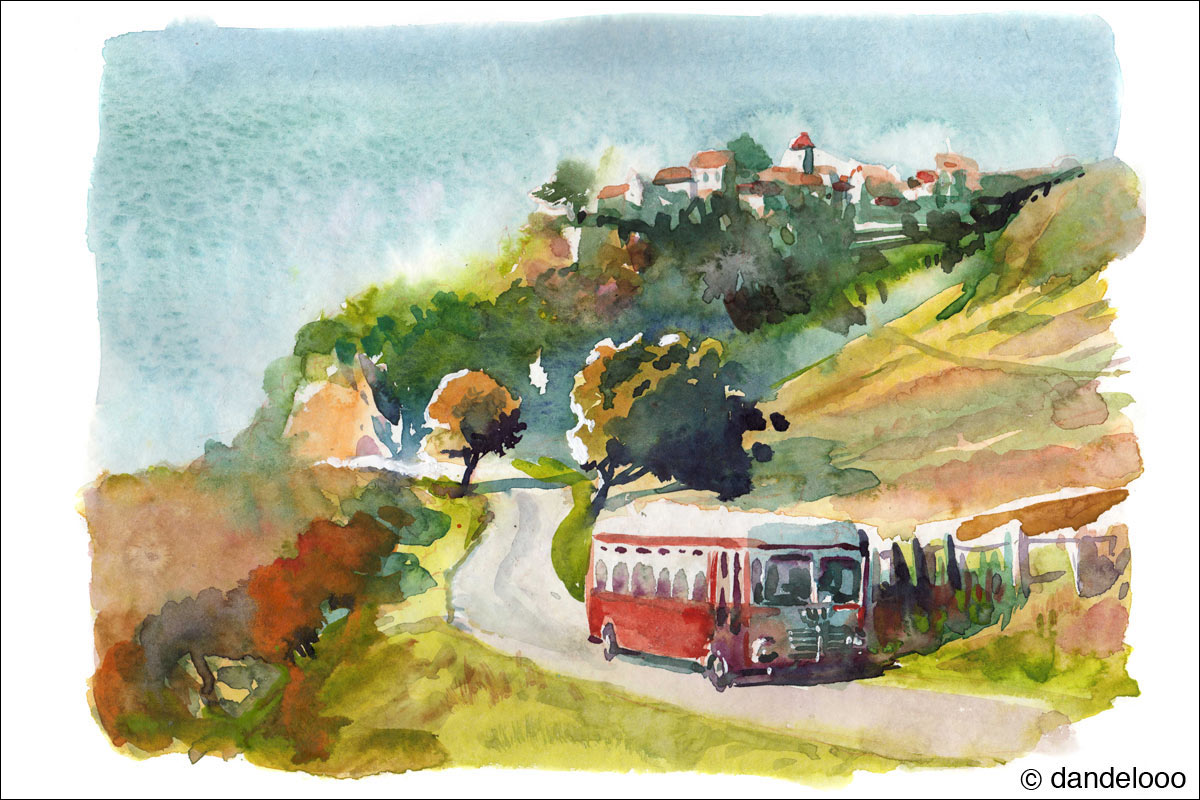 The project is still in the stage of early development. They are looking for partners in all stages. They hope to start production in late 2017 for a release of early 2019.