06. VFX development of “Spider-Man: Into the Spider-Verse” with Foundry’s “Katana”, “Mari” and “Nuke”

It can be said that Spider-Man: Into the Spider-Verse is right now a hot topic in animated features since its theatrical release in December 2018 with its great story and innovative visuals.

We talked to Danny and Bret, as well as Jordan Thistlewood (Product Manager, Foundry) about how they developed the innovative visuals of the film Spider-Man: Into the Spider-Verse using three of Foundry’s products: “Katana”(look dev and lighting toolset), “Mari” (3D painting toolset) and “Nuke”(Node-based compositing, editorial and review toolkit).

Animationweek: Could you let us know which scenes and images in Spider-Man: Into the Spider-Verse reaped most of the benefits from using Foundry’s products “Katana”, “Mari” and “Nuke”?

Bret St. Clair: I think the scenes that really benefited the most were obviously the end sequence scenes, where we were jamming together the geometry of all of the props and things within an entire city. Plus, we were building these very complex, multi-layered collider beams that we were coming across and interacting with everything, so we got tons and tons of layers.

As for the characters, each of them has their own universe that they live in, so we carry with it all of this look development. It’s very specific, as well as all the render passes that are related to each of their looks. So, between Katana and Nuke, we were able to manage a ton of complexity and do it pretty effortlessly. Just the ability to have one character with an entirely different look, like Spider-Man Noir sitting next to Peni Parker in a scene, and be able to manage that and hand it off to multiple lighters, and knowing that the results are going to be dependable and what you expect, was a huge benefit for us.

Danny Dimian: Like Bret said, the sequences at the end of the movie were not only the most complex, but they were also the ones where we have the least amount of planning for. So, we had a lot of artists and a lot of departments working all at the same time. The ability to bring everything together through our pipeline, especially with the artists having the flexibility in Nuke to actually get everything to look the way they wanted to, and bring in all of these assets as everybody was working on them at the same time, was a real strength for us. 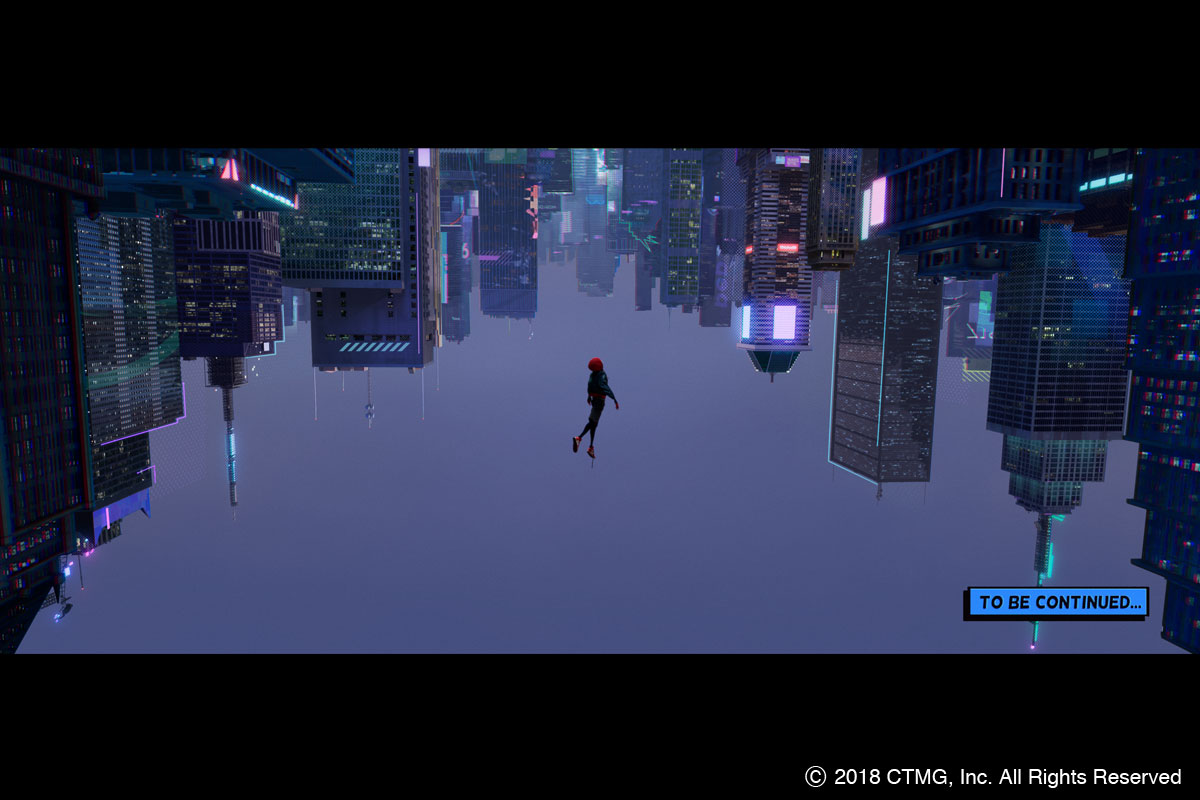 Animationweek: Could you elaborate how those scenes were actually developed?

Danny Dimian: One of the interesting things about these sequences, because they were at the end of the movie, is that they represented a climax for us and they had to be bigger than anything we’d ever done in the movie. Leading up to it, we had been pushing ourselves to be as impressive as possible, so when we got to this point, we were feeling like we’d already got our movie to a 10 out of 10, so where do we go to really be impressive?

One of the challenges was that in order to exceed that, we were so crazy with effects and colors and action, that to bring all of that together required a lot of artistry. The flexibility of all of our toolsets really allowed for all of those changes and tweaks to be very quick, and to really find our way at the end.

Bret St. Clair: Because the tools worked together really well, we were able to push a lot of what we were doing inside of Katana into Nuke, so that meant iteration times, that would’ve been a day or half a day to turn something around, went down into things that we could dial interactively with a slider. We can see numerous iterations, which was incredibly important to us as we were delivering the shots because there were so many and had such complexity.

Danny Dimian: There was not as much of a plan for where everything would go, so if we made a change all of the sudden, it meant that a bunch of other shots had to change very quickly. I’d say the versioning and the structuring, accounting for what everybody was doing with the files, was really helpful to us as well. 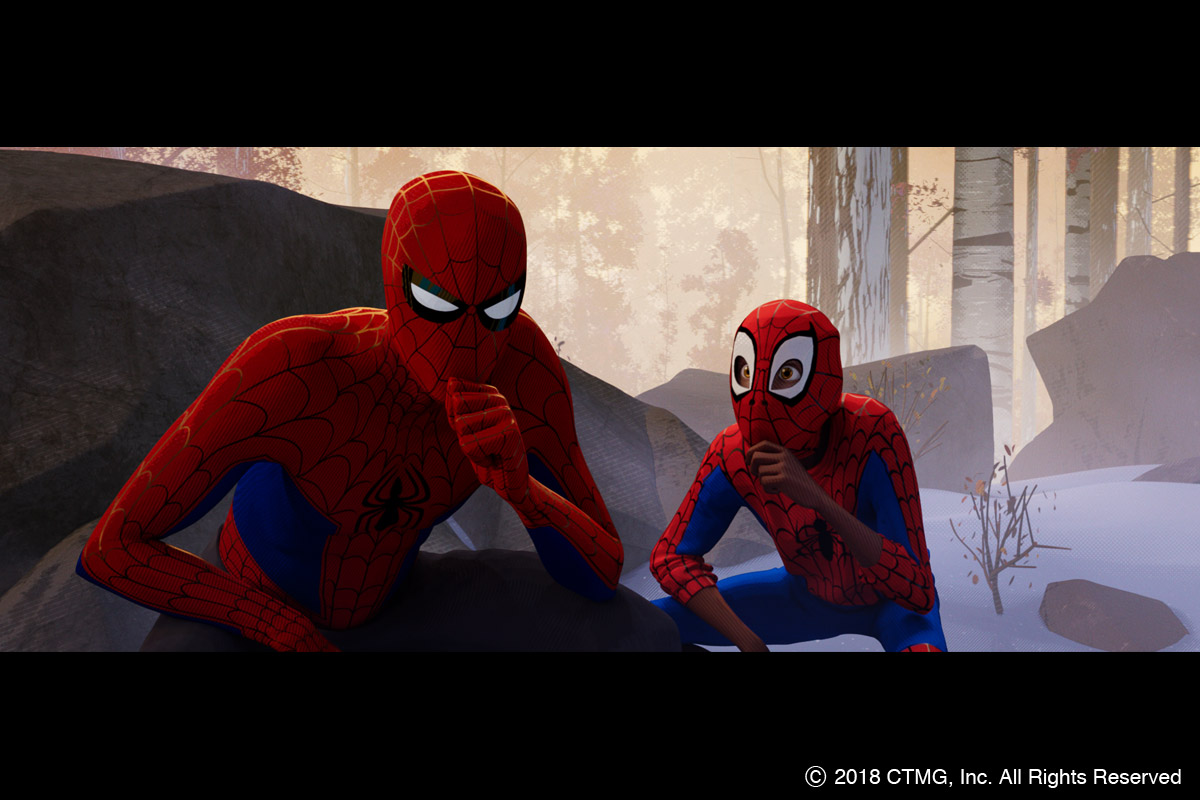 Animationweek: What was your impression of these products through the development of Spider-Man: Into the Spider-Verse?

Danny Dimian: They’re incredibly powerful and flexible, because in order for an artist to be able to turn around all the crazy things I asked for as quickly as they do, that is proof of that.

Bret St. Clair: We’ve worked with the tools for a long time, so I had just come to expect that they were going to work well. Admittedly in this film, I typically work more on the 3D side, so I was pleasantly surprised when I needed to get in and port some things over into Nuke, to see how powerful it was and how easily we can build in some of this crazy stuff we were doing inside of the renderer: Just write it inside Nuke and make it interactive.

Danny Dimian: Actually, related to that, because it was a different looking movie, it didn’t go through our regular pipeline, so we wrote a lot of different tools and we broke our pipeline in terms of how we do things. The flexibility of Katana allows us to write all the tools around it and use them as structure, as our hub, that we would build everything onto. That was really helpful to us.

06. VFX development of “Spider-Man: Into the Spider-Verse” with Foundry’s “Katana”, “Mari” and “Nuke”