09. Moominvalley: the brand-new animation adaptation of the globally popular classic 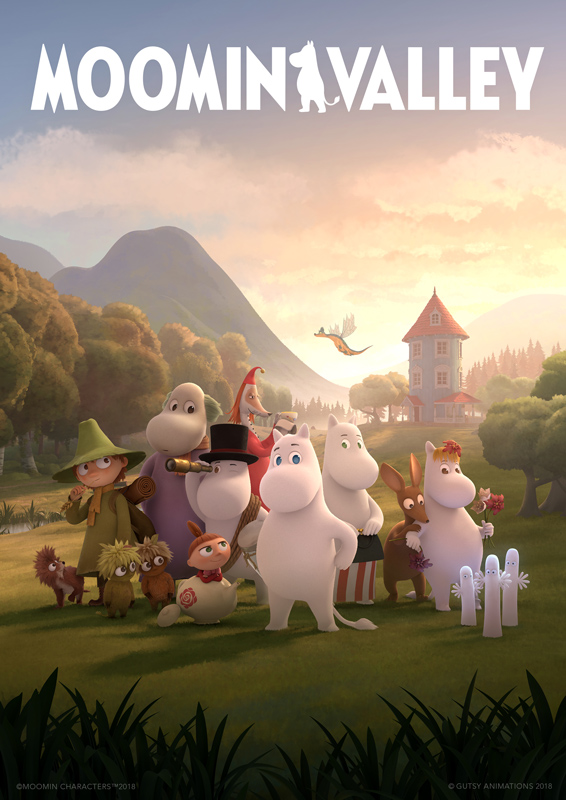 Animationweek came across a beautiful re-imagining of the beloved Moomin universe at one of the FMX’s conferences focusing on the artistic side, “Moominvalley”: A Finnish Story with a Global Appeal by Antti Haikala, the COO and Co-Founder of Anima Vitae, Finland. One of the standout features for us of the new series was the commitment to the faithfulness of the original, as well as an inspired, stylized CGI visual style.

To know more about the new 3D animation series, we had an email interview with Marika Makaroff, the executive producer and creative director, Steve Box, the director, and Antti Haikala. We are happy to share the story behind the brand-new Moomin world with you.

Animationweek: How did the animation series project start?

Marika Makaroff: The Moomins have always been a part of my life – as they have for most Finns. Tove Jansson’s creations are considered one of our national treasures and children read the Moomin stories from a young age. A few years ago, I had an idea for a new television animation that aimed to be true to Tove’s values and decided to propose it to Moomin Characters, the rights holder. The timing was serendipitous – they had just released a quiet call for tenders, in the hope of bringing Moomintroll and his friends back to the small screen.

Animationweek: The original story already has some animation adaptations. Marika, what is the main goal in animating the story this time around?

Marika Makaroff: Our aim was to create a television adaptation that was very loyal to the spirit and the principles of the source material. Tove’s original Moomin stories focus around a number of core values, which include equality, tolerance, bravery, friendship and respect for nature. These values are universal – and are part of the reason the stories have ensured so well – but they’re also things that the world is in need of today more than ever. The world needs Moomintroll!

Animationweek: How and why did you get involved with this project, Steve?

Steve Box: I was fortunate enough to get involved with Moominvalley through a friend of mine who was doing some work on the production and knew I would be a good fit, being a life-long fan. In fact, when I got the call I was looking at some of Tove’s beautiful illustrations for the Swedish editions of The Hobbit and Alice in Wonderland, which I had only just discovered. It felt a little like fate. I had a meeting with Marika Makaroff, who came to my house – which she said reminded her of the Moomin house! – and we hit it off immediately.

Animationweek: What do you think are the unique and attractive points of the series?

Steve Box: I love Moominvalley because here can be found stories about the human condition, full of depth and metaphor. There is also a unique warmth between the characters which is still refreshing and so necessary after all these years. The stories are wild and imaginative and at once funny and serious. That’s a really rare combination to find. You can laugh and cry almost at the same time. I’ve got to know all the characters so well, the Moomins feel like my own family now!

Animationweek: What kind of experience or message do you want to deliver through the series to the audience?

Steve Box: Although this wonderful world we live in is our home and we need to love and protect it – as the Moomins do their valley – the true value of life can be found in the connections we make with our fellow human beings. Learning to understand and be tolerant of the people we share our planet with is where the true treasure of life is hidden.

Animationweek: Could you please tell me how Anima Vitae developed the beautiful visuals of the 3D animation?

Antti Haikala: When we pitched to be the animation studio for the series, we felt right away that this project belongs to us. We have been working both with cinematic lighting and stylized rendering processes so this felt like a perfect match for us. Not to mention that as Finns we obviously have grown up with Moomin and know the visual aesthetics by heart – that really helped us in the look development process.

We were asked to develop a visual style that wouldn’t look just like ordinary CGI. For that we created a painterly effect that is applied in the compositing stage. Creating brush strokes to the backgrounds that wouldn’t flicker was the biggest challenge in this and we solved it by projecting brush strokes in a couple of different ways and adding it the latest possible stage on top of the picture. It enabled us to simplify the backgrounds yet having a nice volumetric feel to them.

09. Moominvalley: the brand-new animation adaptation of the globally popular classic