When her little brother Charlie suddenly disappears into the magical and animated world of Playmobil®, Marla, who is completely unprepared, must go in search of him to bring him back home. As she embarks on this fantastic adventure travelling through new and fascinating worlds, Marla teams up with some new, unusual and brave friends: Del, a smooth-talking food truck driver; Rex Dasher, a dashing and charismatic secret agent; a borderline, but honest robot; an extravagant fairy, among others.

During their thrilling adventure, Marla and Charlie understand that no matter what life has in store for you, you can do anything when you believe in yourself! 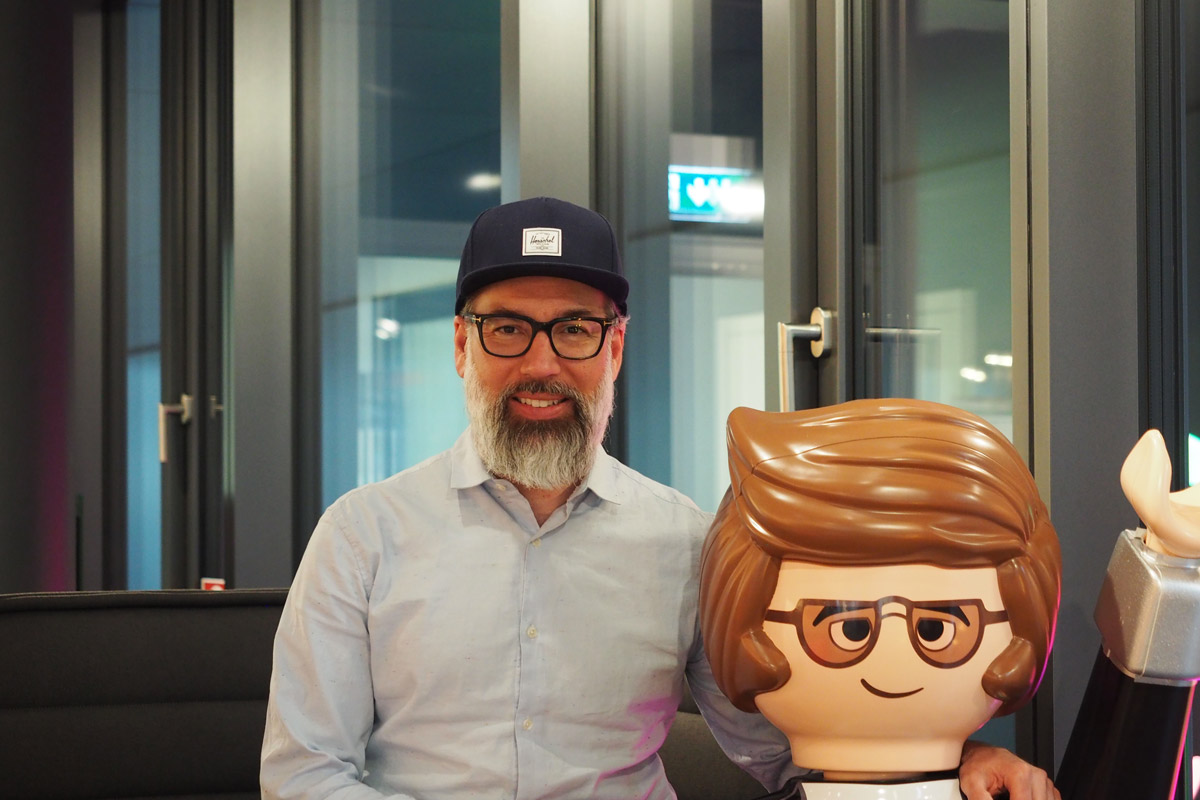 Lino DiSalvo, who had a long, illustrious career at Walt Disney Animation Studios, including serving as the head of animation on Frozen (2013) and as supervising animator on Tangled (2010), chose Playmobil: The Movie as his directorial debut. He wants to bring the globally popular German toys to the screens and developed the animation with On Animation Studios, which is known for The Little Prince (2015) and Mune: Guardian of the Moon (2014).

The film will have its world premiere at the opening ceremony of The Annecy International Animation Film Festival 2019.

We could have the opportunity to meet him and hear the story behind Playmobil: The Movie during the Stuttgart International Festival of Animated Film (ITFS) 2019.

Animationweek: How and why did you get involved with this project?

Lino DiSalvo: Playmobil® is the toy my children play with, and I promised myself that anything that I would write after leaving Disney, I would have an honest take on the story and characters. When you first look at it, it wasn’t that obvious to me that the Playmobil® sets are genres; they never tell you who the hero is. But once I found that, I started putting all those things together, and I thought: “OK, this is cool, I can make this into something.”

The proof is in that anytime my son goes to the park, he’s bringing Playmobil® vehicles and characters. The whole idea of roleplaying to me is a real thing. The more I spoke to Playmobil® fans, it becomes so obvious. They say: “If I created a story to ‘glue’, the narrative would have to include roleplaying.” I would just take that idea and I exaggerate it a hundred times.

Then the story of the film becomes: A girl who has to roleplay by becoming a toy, and she has to walk in the shoes of others. So, to a human person, the ultimate version of roleplaying is literally turning into a toy in order to save her brother. And this idea made everything start to feel like: “This is legit. I can make a good story about this.”

I’m in a place right now where I’m happy to be in this position because I think people, at first glance, can’t help not compare it to LEGO®, because the two toys have the same hands, but honestly, people play with them so differently! You can’t take a LEGO® thing that you just built and throw it down a slide; it would be in a gazillion pieces. Yes, I know they have the same cupped hands, but I’m literally doing a movie about humans turning into toys. There’s magic involved, and I have a musical number, and it includes live-action. I’m hoping that if you see anything, my love of fairy tales shows in the film. 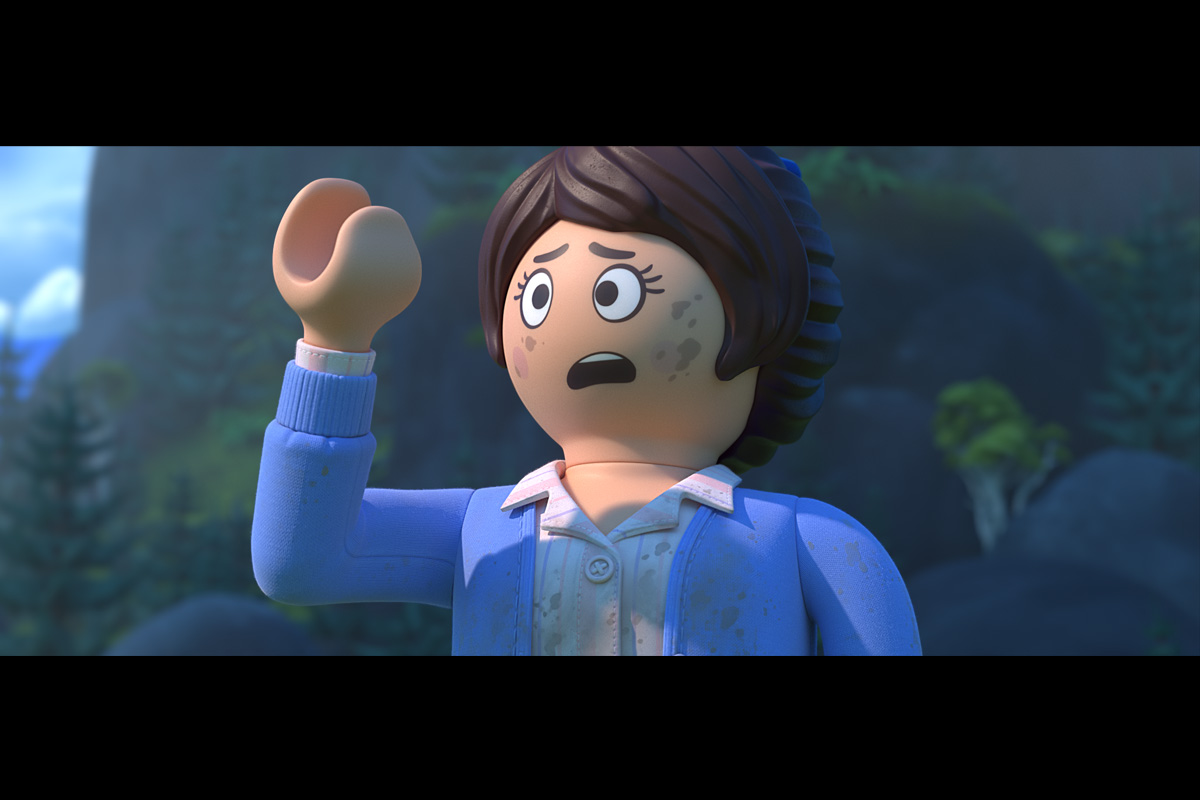 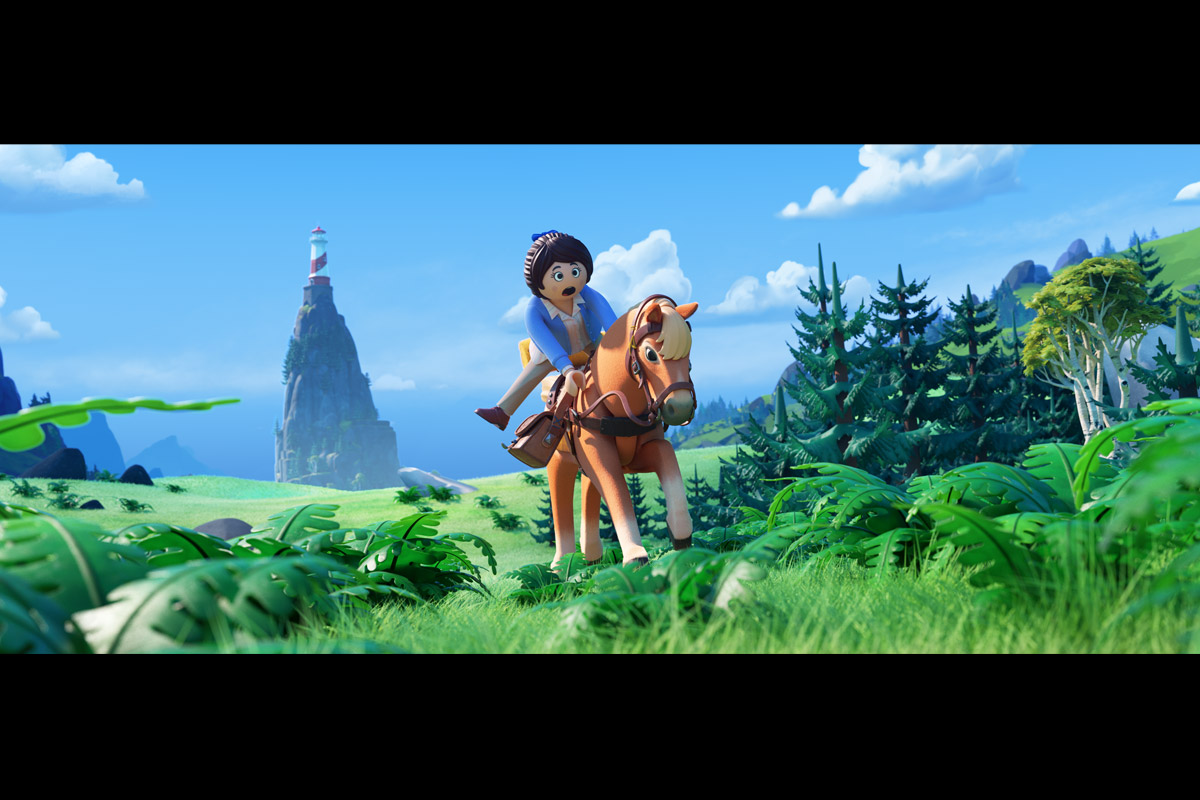 Animationweek: What do you think are the unique and attractive points of the film?

Lino DiSalvo: I’m trying to take inspiration from the films in the 80’s that I loved and grew up with, like Big (1988). There were wish fulfilment movies, where magic is involved and you go on a magical journey, families are usually involved and there are stakes in the movie. My movie started telling me that I needed live-action. I could’ve done CG human characters that turn into toys, but that always felt like a half-step. It felt like the full thing was to have the most contrasting part of the movie to make, which is live-action, and they’re literally turning into toys. When we started, we did a test screening in Los Angeles, and the screening did really well, so I was like “Yes! We got something.”

There are a lot of elements that hopefully feel, in a good way, 1980’s-ish, and especially when you think of the Stranger Things series (2016, Netflix), like friends on bikes, and there’s a portal, there’s a magical world. There’s something really cool about the simplicity of that.

Animationweek: You mentioned about 80’s films. I think people still feel that American culture in the 80’s is special. What do you think are the differences in the film industry between the 80’s and now?

I think in the 80’s, they weren’t afraid to get too emotional, and my film is emotional. There’s something significant that happens in the first five minutes. I want to take the audience through an emotion. I’m 44, and I still think about E.T., when E.T. dies. The filmmakers in the 80’s weren’t afraid to give you something really sad, because they knew, by the end of the movie, you’re going to feel something. You’ll feel good about yourself. Those peaks and valleys of storytelling I felt is something that the 80’s did really well. Hating life because you’re a small guy, and you go to this machine and you just wished that you were big, and you open your eyes and you’re an adult. There’s a very honest thing about that.

And it’s with Playmobil®, too. When you talk to Playmobil® fans, they would mention “playing with my father”, “playing with my mother”, “playing with my sibling”, “Playmobil® was the toy I told my first story with”. I felt like I’ve got to make an emotional film because Playmobil® is so emotional. Plus, taking the ingredients from the 80’s films, the way I shot the film in live-action, the way there’s magic, to me it’s all simple. It’s a very simple idea, it’s two siblings fighting (Marla and Charlie), Charlie wishes his life was like it used to be, Marla does too. She blames her brother a little bit for being in this situation. He thinks his sister is a terrible older sister. By the end of the journey, he realises that she is a really good older sister. She realises that she needs to engage her brother, they need to be a family again. When you see the film, you’ll see something very unique in it. 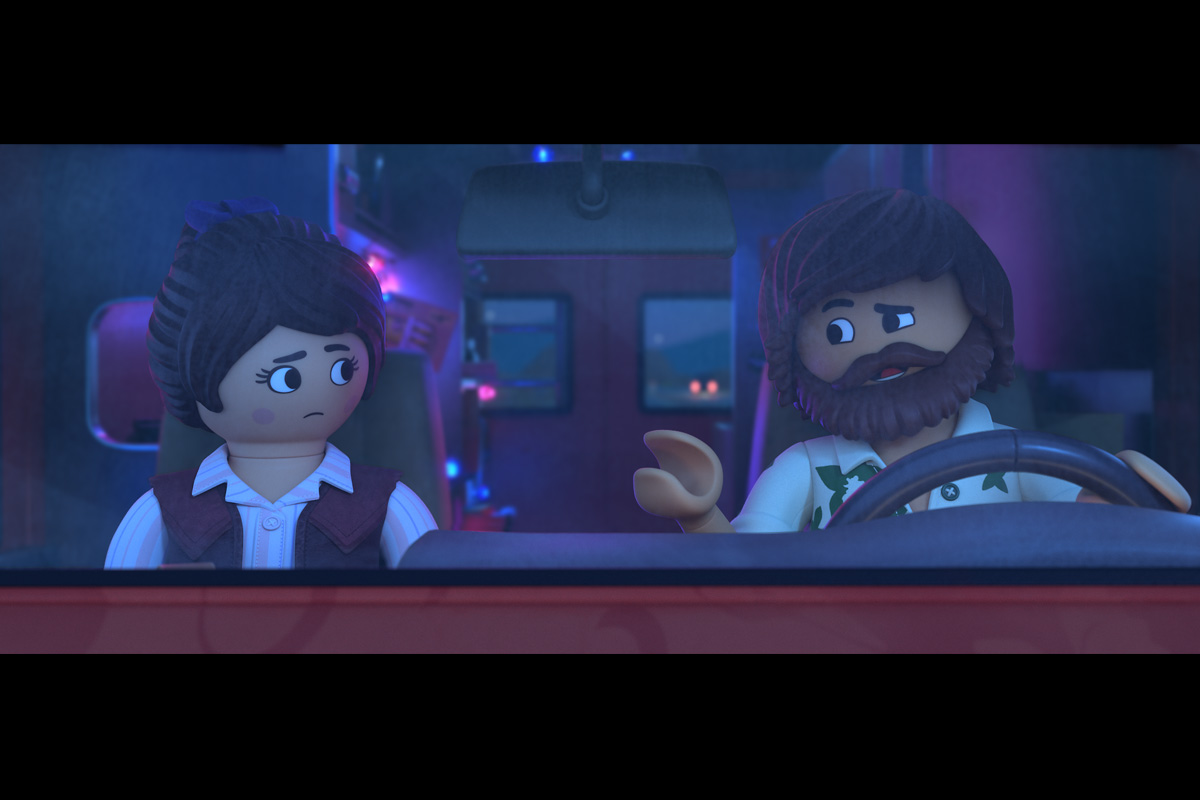 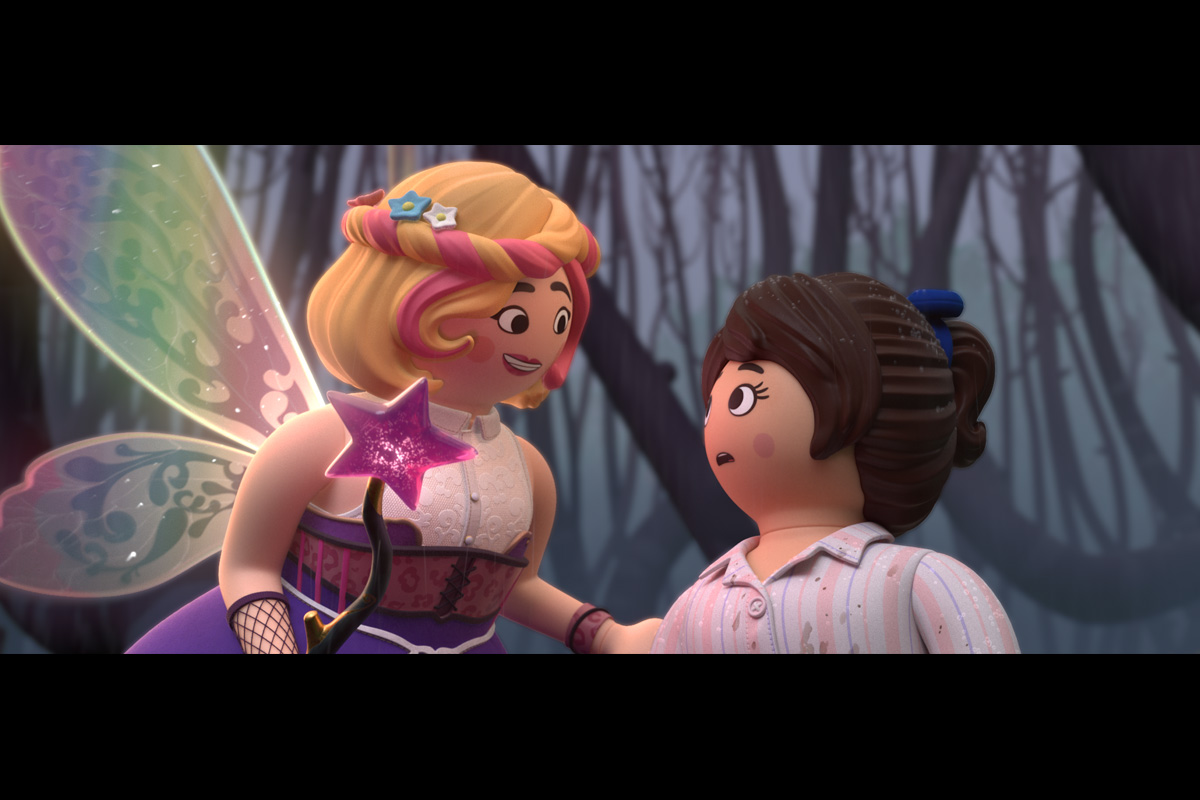 Animationweek: How were the characters, story, and visuals of the film’s universe developed? Could you please let us know the process of developing them, the difficulties you faced, and the things that you took care of the most?

Lino DiSalvo: I think the smartest animation embraces limitations. I think it makes the characters fun, unique, and it gives you a natural obstacle. So, for example with Olaf, in Frozen, we made the decision, very early on, that we wanted Olaf to be 100% truth in material. He is snow, and his arms are sticks. If you bend those arms too many times, the stick would break. Yes, we cheat them, but we cheat them in the cuts, and on the closeups we put the hands where we need them to be. In the wide shots, we treat him very simply, and he is like a little toddler when he walks, and I did something similar with Playmobil: The Movie. The wider the shot, the simpler I move the characters. In the clip that I showed you, when Marla lands into Playmobil®, that limitation is funny! She’s stuck in the body of a toy, moving around, not knowing how to move her hands. I feel like that’s unique to the film.

Going back to the glue of the story, this is a film about loss and gaining something, it’s about loss in connection. Marla is going on this journey in a very primal way, she’s lost a little bit of herself, and she’s going to connect with it. She lost her brother, she’s going to connect with her brother. She’s lost her body, she needs to get back to the human world. I’m making sure that thematic element is the glue to my storytelling.

Animationweek: Why have you decided to make this film into a musical, and how was the collaboration with the composers?

Lino DiSalvo: I brought them on really early. I think I was three weeks into the process, about three years ago, and I pitched them the story and I said, “I want you guys to be a part of my story room”. I wanted the guys in there: The lyricist and the composer, and I said “I want you guys to hear what my movie is about. I don’t want to ask you, when I’m done, ‘Hey, could you write me a song?’ I want the songs to reflect the character’s arc, like The Lion King (1994) and The Little Mermaid (1989).”

I treat every song as a way, for me, to tell the story a little quicker. The way the song begins is very different from when it ends. It’s a great device, storytelling-wise, because I can truncate time. Take Simba from The Lion King, for instance, in the song “Hakuna Matata”, he starts off as a kid, and by the end of “Hakuna Matata”, he’s a young adult. To me, that’s the way you should use a song in the film. We got six original songs, and I think they’re awesome.

Animationweek: What kind of experience or message do you want to deliver through this film to the audience?

Lino DiSalvo: A big thing for me is the idea of “Life is very hard, and you grow up with a certain ideal version of you and a situation, that sometimes is not realistic.” So, I put the protagonist through these obstacles in the film for Marla to understand that you can get the adventure that you always wanted in life, but sometimes life presents it in a very different way. I feel like that is real life.

When you’re younger, you think “I’m gonna be here, I’m gonna be there, I’m gonna be doing these things”. Then life happens, and you have more obstacles than you thought you would, and I just never wanted to feel that it’s ever too late. To get back to that thing that made you who you are when you were younger. As we get older, our perspective changes a little bit. What’s great with being a father and having two kids is that they pull me back into that world. They’re constantly challenging me, like “Why? Why can’t we do this?”

The idea of play and embracing the fun, and not being afraid to live. Get back into playing an instrument, get back into taking a night class. Travelling, visiting the place you’ve always wanting to visit. Calling a sibling. Those are all elements that are present in the film. 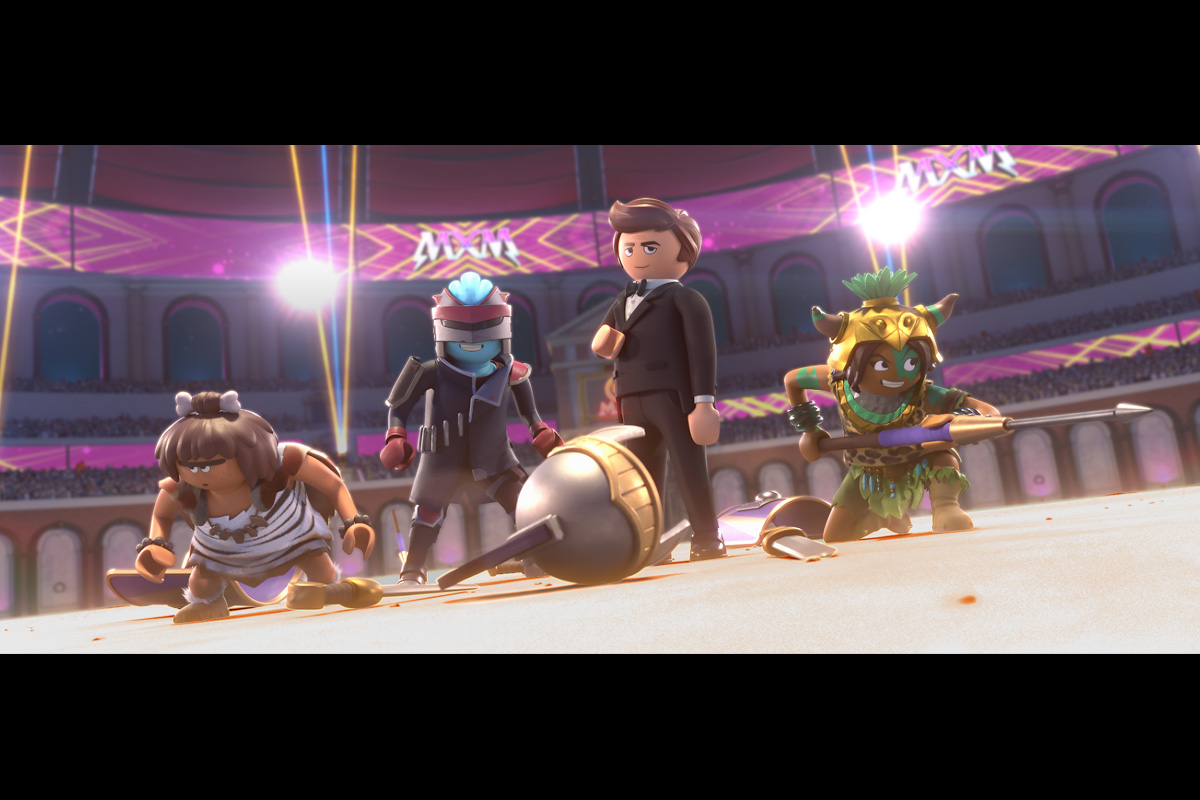 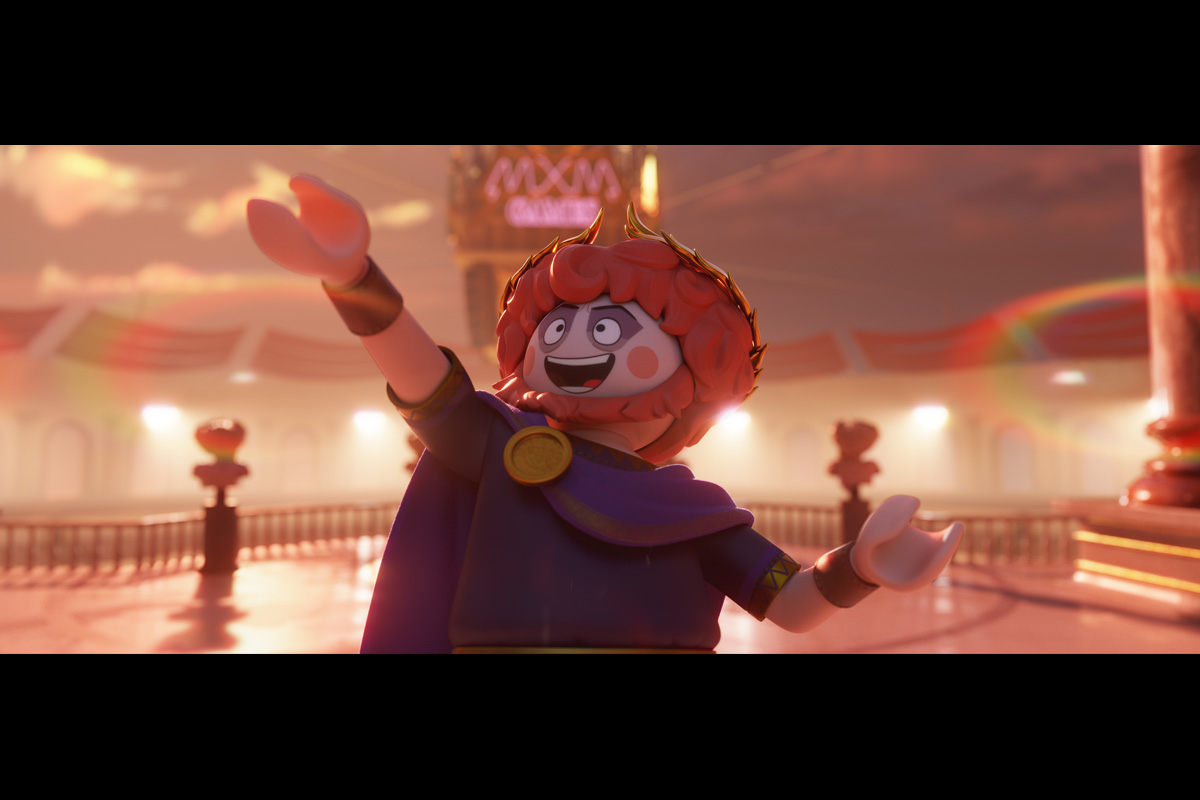 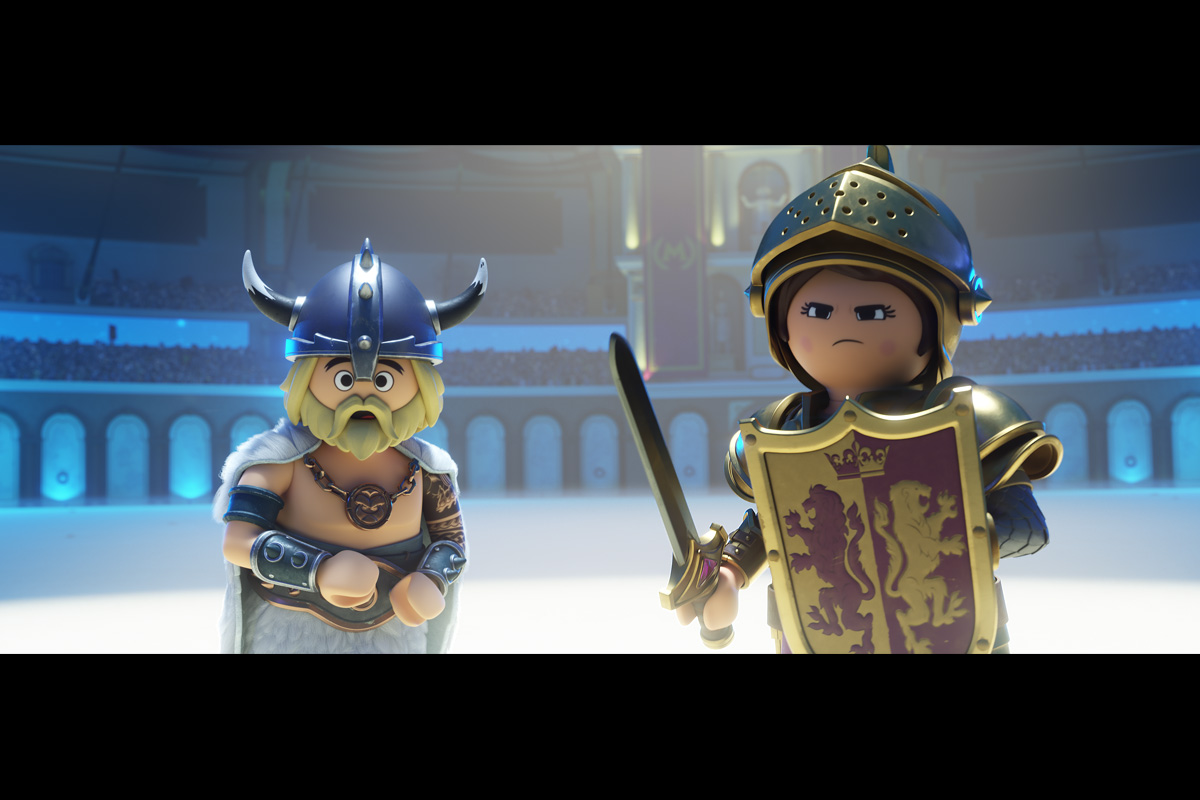