06. Special program of the tribute country at Annecy 2019: NEW MOTION -The Next of Japanese Animation-

The Annecy International Animated Film Festival places the spotlight on one country each year. They selected Japan as Annecy’s Tribute Country and Japanese animation was prominently showcased at the Festival and its market (MIFA) through a special program, New Motion -The Next of Japanese Animation-, hosted by the Agency for Cultural Affairs*1 and Tokyo Metropolitan Government. The special program consists of 7 programs (We listed the official descriptions of them below. Source is here) planned and managed by Visual Industry Promotion Organization*2 (VIPO).

– NEW MOTION Creator’s File 2019: Selection and registration of 26 up and coming creators who represent the next generation. Works by up and coming new artists will be featured in a screening program and exhibition.
– Annecy Festival Official Screening: Programs introducing creators who represent the next generation of Japanese animation.
– Screening at Chateau d’Annecy, hosted by Japan: AI ☓ Animation ☓ Orchestra! New ways to enjoy animation, and more!
– MIFA Project Exhibition: Japan Pavilion Exhibitions of works by NEW MOTION participants, as well as new modes of animated expression such as AR, VR, and video games, and Tokyo productions representing the next generation. New works by some of Japan’s foremost animators will also be introduced.
– MIFA CAMPUS: A lecture from one of Japan’s foremost animator Kiyotaka Oshiyama, focusing on some common pitfalls that beginners tend to fall into and the importance of steering away from the manual to break the rules.
– Animation Boot Camp in Annecy 2019*3: An animation workshop taught by some of Japan’s top animators. Aimed at French students, it will present a uniquely Japanese curriculum for acquiring the most fundamental and important skills.
– Masterclass: Four young creators talk about their influences, production conditions making short films in Japan and their visions of the future.

*1: A Japanese governmental body, which belongs to the Japanese Ministry of Education, Culture, Sports, Science and Technology. Promoting Japanese art and culture is one of their public missions.
*2: A non-profit organization in Japan, which supports the Japanese content industry (anime, broadcasting, character, games, movie, music, publishing) to make it internationally competitive and to contribute to the growth of the Japanese economy.
*3: Project for the Promotion of Cooperation of Media Arts by Agency for Cultural Affairs, Government of Japan (Cooperation : Graduate School of Film and New Media, Tokyo University of the Arts) 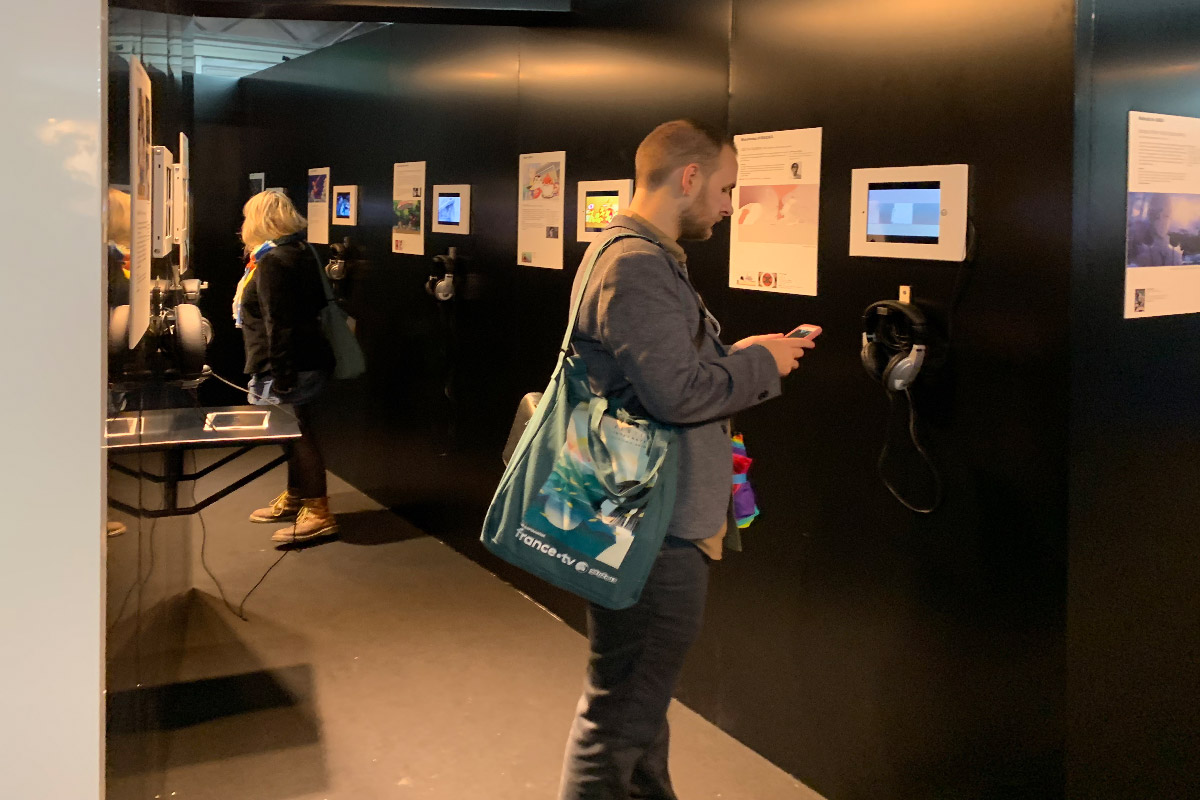 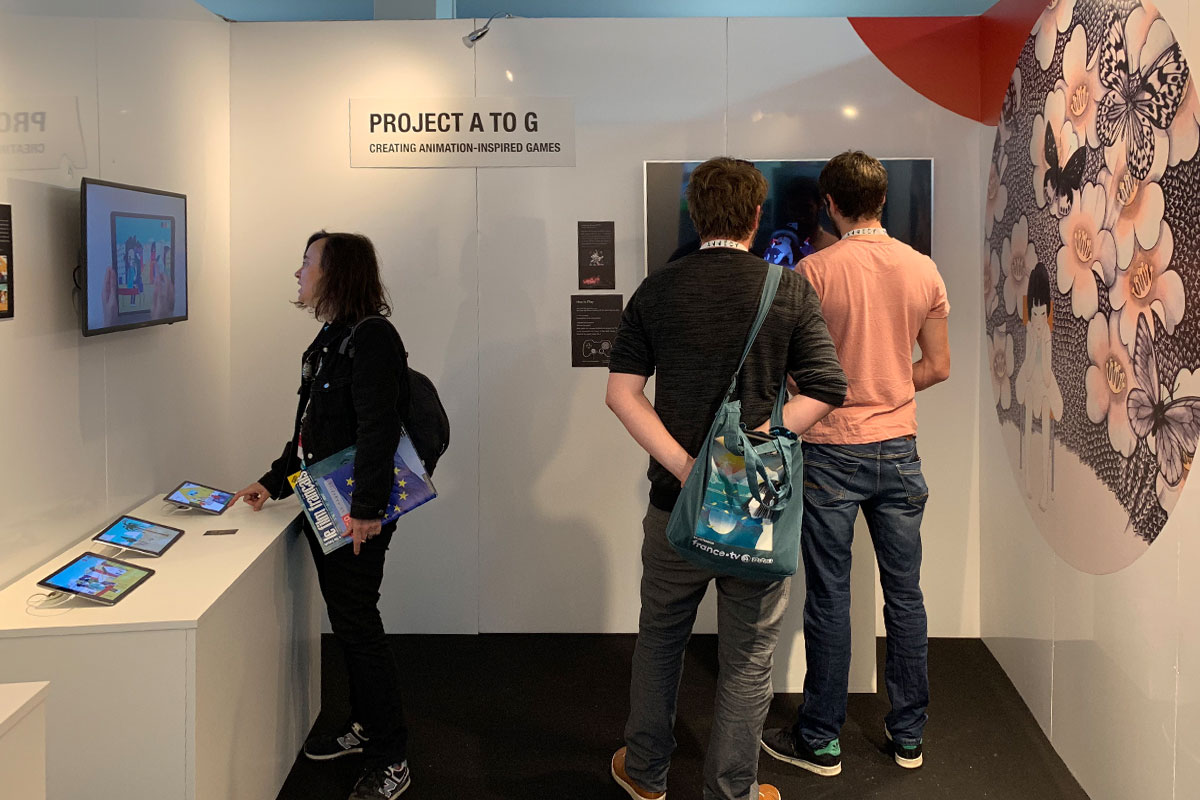 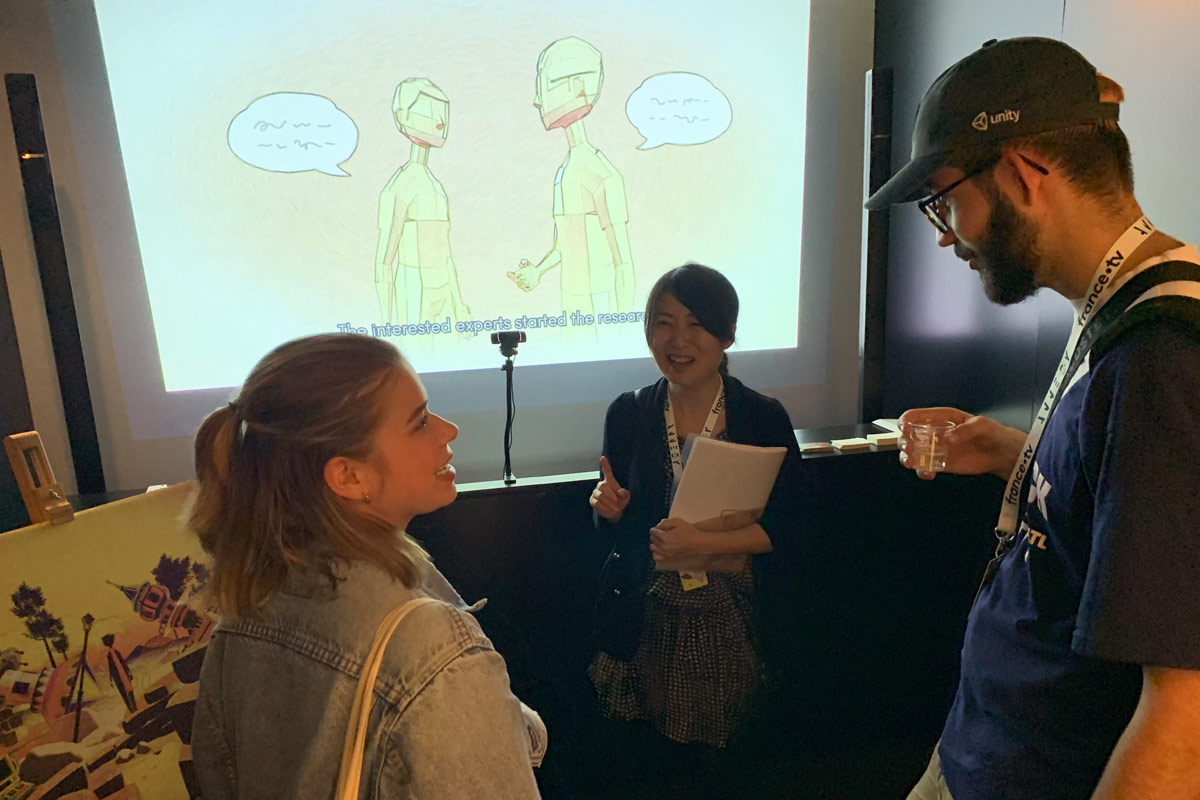 Animationweek had the opportunity to hear from Megumi Naito, a producer of VIPO, about the special program and VIPO’s activities related to animation. We would like to share them with you.

Megumi Naito: The Japan Media Arts Festival is a comprehensive festival of Media Arts (Media Geijutsu in Japanese) that honors outstanding works from a diverse range of media – from animation and comics to media art and games. The festival gives awards in each of its four divisions: Art, Entertainment, Animation, and Manga. It also provides a platform for appreciation of the award-winning and other notable works. Since its inception in 1997, the festival has recognized significant works of high artistry and creativity, and in addition to a yearly Exhibition of Award-Winning Works, has held other events, such as symposiums, screenings, and showcases.

The 22nd Festival (in 2018) received 4,384 entries from 102 countries and regions around the world, demonstrating continuing evolution as an established annual international festival. Award-Winning Works are exhibited both within Japan and abroad through various projects and events organized by The Agency for Cultural Affairs, Government of Japan which aims to develop and promote the creation of Media Arts by focusing primarily on the new generation of artists. The festival aims to look further into the next generation.

In terms of Japan Media Arts Festival Overseas Promotion, the Agency for Cultural Affairs, Government of Japan organizes participation in various overseas media arts festivals etc. The aim is to introduce outstanding works in such fields as media art, video, the websites, videogames, animation and comics. Exhibitions, screenings, presentations and so on are arranged at overseas media arts festivals and other facilities with their focus on award-winning works from the Japan Media Arts Festival.

Megumi Naito: Yes, they can. The festival calls for entries globally from August to October every year. You can check the information at the official website.

Animationweek: We would like to hear about what in particular VIPO focused on in planning the special program. Could you please share with us what kind of outcome or response to the special program that you felt through the festival?

Megumi Naito: This time, we welcomed Mitsuko Okamoto, the vice president of Tokyo University of the Arts, as the general director of the special program and developed the program that includes the screenings, exhibitions and seminars with the theme, NEW MOTION-The Next of Japanese Animation-. With that theme, we selected 26 creators who will bear the next generation of Japanese animation as a part of the special program with the aim to globally introduce the creators themselves. We are showcasing their works with a wide range of genres, such as commercial animation, artistic animation and commissioned films. We also have programs to introduce Japanese animation that propose new technologies or new ways of expression.

I could feel that Japanese animation creators are catching people’s attention and are highly evaluated at the Annecy International Animated Film Festival. All of the tickets relating to Japanese animation, including our programs, were sold out quickly. I saw many visitors zealously asking questions to the creators after each screening and at the Japan booth at MIFA.

06. Special program of the tribute country at Annecy 2019: NEW MOTION -The Next of Japanese Animation-