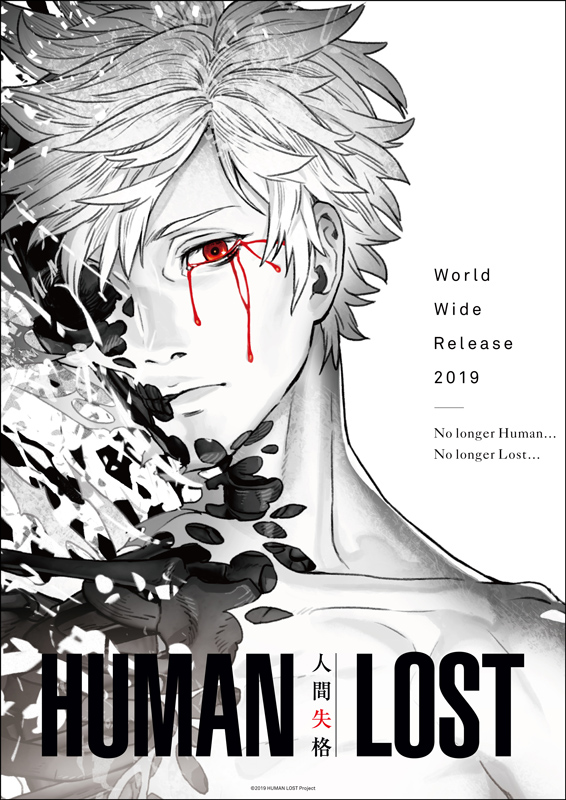 The world Premiere of the Japanese animated feature HUMAN LOST was held at the Grande Salle theater in Bonlieu, the main venue of the Annecy International Animated Film Festival 2019, on the evening of 14th June. It is an sci-fi action film which was developed for the international market as its main target, and the concept of the film story is based on No Longer Human (1948) written by Osamu Dazai, a very famous classical author in literature in Japan. The film had its North American premiere on 5th July. Both of the special screenings became the unveiling events of the film ahead of its theatrical release in Japan.

HUMAN LOST was developed by a team of two world-renowned names, Fuminori Kizaki, the director, and POLYGON PICTURES, a leading 3D animation studio in Japan, which deserves its right to target the global market. Mr. Kizaki is receiving high international reputation through his great works, such as the TV animation series Basilisk (2005) and Afro Samurai (2007), and an animated feature BAYONETTA Bloody Fate (2013). POLYGON PICTURES has been developing many global-hit TV series such as Star Wars: The Clone Wars (2011-13), Transformers: Prime (2010-13) and Knights of Sidonia (2014-15).

Animationweek had the opportunity to hear about the film from Mitsugu Iwano (MAGNET, Japan), the chief producer, and Toshiaki Obata (SlowCurve, Japan), the producer, just before the world premiere. We are happy to be able to share their words with you. 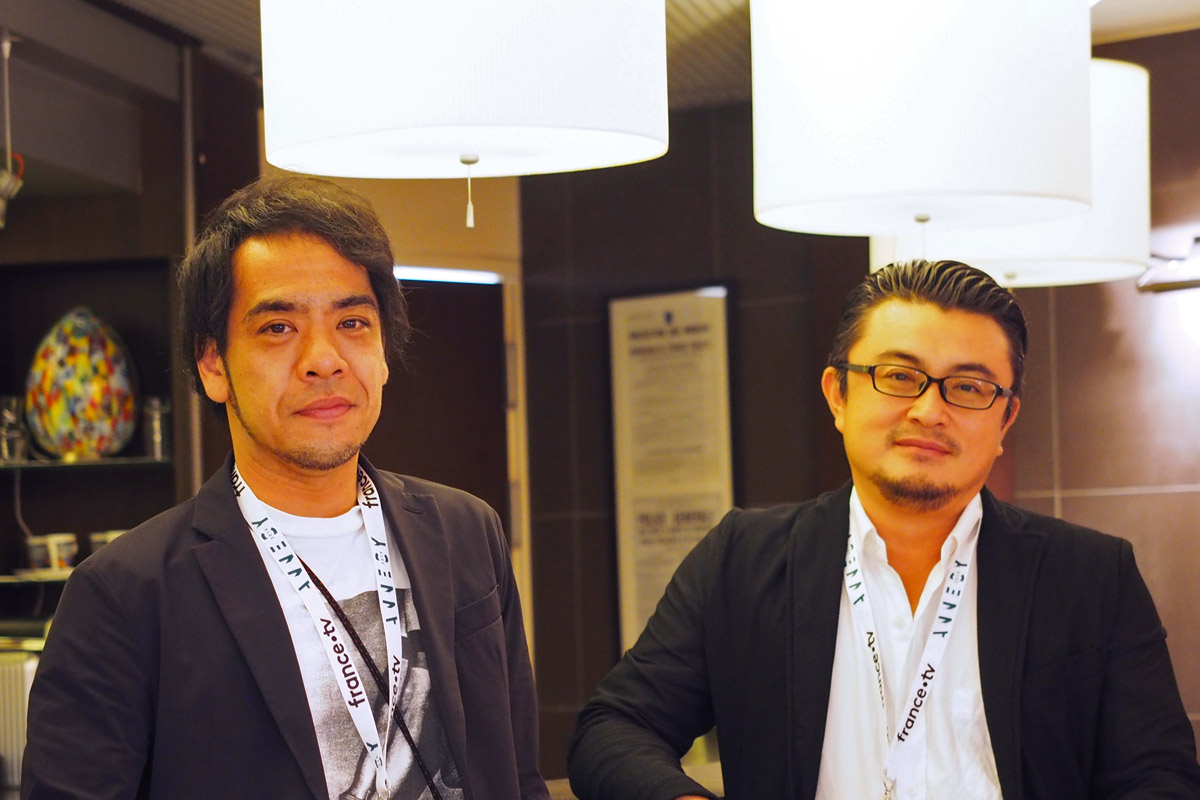 Hideki Nagaishi (HN): Could you please let us know how did the film project start?

Mitsugu Iwano: I had been thinking that I would like to make an animated feature for the international market because I have a personal wish: Japanese animation creators should be recognized more highly in the world and they deserve that. I was also thinking that if the global market values the film highly like it did with Akira (1988) and Ghost in the Shell (1995), it would not be a problem if the Japanese market did not appreciate the film at all.

While I was thinking like that, Mr. Obata suggested to me to make a new film together, so I told him: “I would like to make a film of a dark hero’s story and set its international theatrical release prior to its premiere in Japan.” Then, he replied: “In that case, how about making a sci-fi action film with a story of a dark hero based on Osamu Dazai’s novel No Longer Human.” I answered: “Let’s make it together!” This was the start of the animated feature project.

HN: I’m interested in the reason why you wanted to make an animated feature based on No Longer Human.

Toshiaki Obata: Actually, the reason why I started this film was almost the same as Mr. Iwano. My passionate thoughts were: “I would like to deliver a good Japanese sci-fi animated feature to the world, which will follow Akira and Ghost in the Shell and have a big impact on the global audience, the way these two films did.”

Regarding the reason why I selected No Longer Human as the original concept for developing the story of this film, there are two major reasons.

Firstly, I thought that if we reboot the story of No Longer Human, one of the most-read Japanese classical literature in Japan, as a sci-fi, it would be a very interesting story.

Another reason was that I thought that the theme “the individual and society”, which commonly underlies Dazai’s novels at a fundamental level, could be a very vivid theme of the film to the current global society. Social media is dominating the world now, so I feel that there is a large number of young people who seemingly do not know what they really like and what is truly important for them, and just follow and adapt to the atmosphere around them. It can be said that their individualities are being taken away from them, in a sense. I think that is one of the symbolic characteristics of young people in the current global society, and there is an overlap between that characteristic and the protagonist’s character in No Longer Human, Youzo Oba, who is spending his life following his surroundings without acting by his own will. So, I thought that it would be interesting if we were to adapt the figure of Oba to the story of this film. 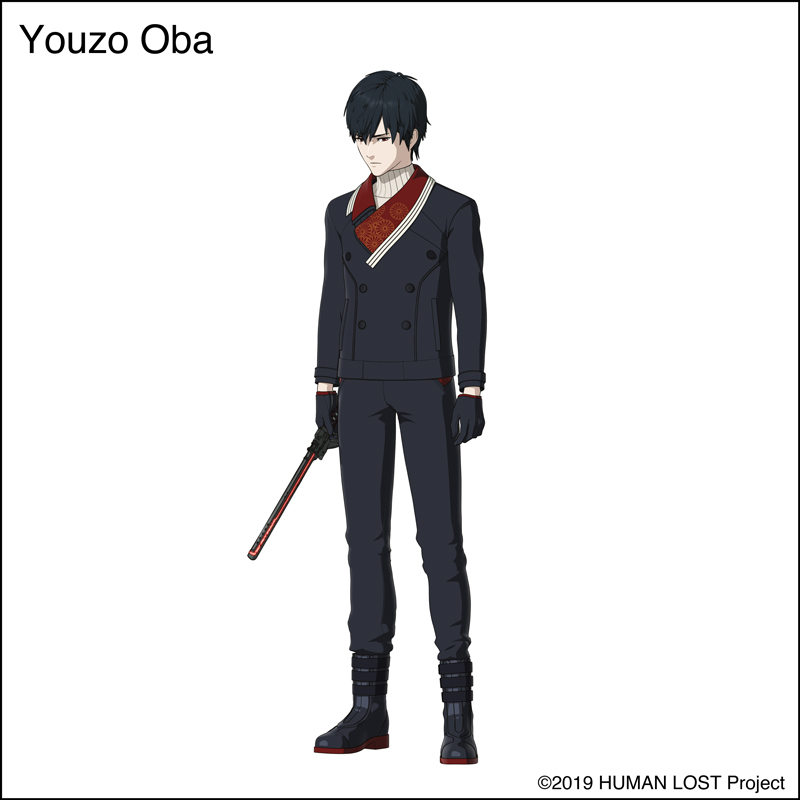 HN: The original novel No Longer Human describes the life of a down-going man, Youzo Oba, from his childhood to his adolescence, who tries to put on a false persona to adapt to human society and immerses himself in alcohols, drugs and women. On the other hand, the setting of the film is in the future with technology of great scientific advancements and big arrangements were made to the story. How did you develop the original story of the film?

Toshiaki Obata: At the beginning of the project, Mr. Iwano, Katsuyuki Motohiro and I drafted the film project to arrange the story of No Longer Human into a sci-fi, like Akira and Ghost in the Shell, and brushed up the idea of the story. Then Tow Ubukata, the Scriptwriter, and Kenichiro Tomiyasu, the concept artist, took part in the team and the story became more concrete at an accelerating pace. The person who elaborated the story and universe the most is Mr. Ubukata. We finalized the story whilst the visuals of the universe were being developed by Mr. Tomiyasu with discussions like “What does this world look like?” So, this is the story in which all of the core project members developed together through a wide variety of discussions.

HN: An official press release of the film says that the main staff of this film are special and the names appear as following: Mr. Kizaki (Director), Mr. Ubukata (Scriptwriter), Mr. Motohiro (Supervisor), Mr. Kozaki (Character Designer) and Mr. Tomiyasu (Concept artist). Could you please let us know why and how did these five famous creators take part in the film project?

Toshiaki Obata: The only member of this film who already decided to take part from the beginning of the project is Mr. Motohiro, among the names you’ve mentioned. Mr. Motohiro is famous for his direction of live action films and TV series such as the Bayside Shakedown franchise. On the other hand, Mr. Motohiro loves animation, so I have been thinking that I would like to make an animated feature with an original story together with him. Hence, he was the first person I shared the idea of arranging No Longer Human into a dark hero’s story with.

Mitsugu Iwano: Then the director Mr. Kizaki took part in the team. We were talking about who are the Japanese animation directors that are being well-recognized worldwide for developing a film that is acceptable for the international market, and his name was listed as the director of the globally famous Afro Samurai. We asked Mr. Obata to contact Mr. Kizaki and he joined the project.

Toshiaki Obata: After that we invited Mr. Ubukata and Mr. Tomiyasu, who are wise in sci-fi, to join the team almost at the same time. We asked Mr. Ubukata to work together with us when we were in the stage of writing the plot of the film and he developed not only the plot but also the visuals of its universe with Mr. Tomiyasu.

Mr. Kozaki joined last among the creators you mentioned. The reasons why I asked him to join this film project were:

Firstly, I was thinking that it is good to have a shining and splendid visual design of the characters, like his visual style, in the heavy and deep sci-fi world of this film.

Thirdly, his has designed characters for video games and I felt that the formative design of his characters, which is not the distinctive Japanese-animation character with big eyes, is an internationally acceptable style of art. So, I thought his characters are good for this film project.