Tepulpai and Naïra, two indigenous children living in a remote village of the Andes Mountains, had their totem of their deity, Pachamama, confiscated by the Incas. Their quest will lead them to Cuzco to retrieve their totem, however they receive a surprise visit from the conquistadors… 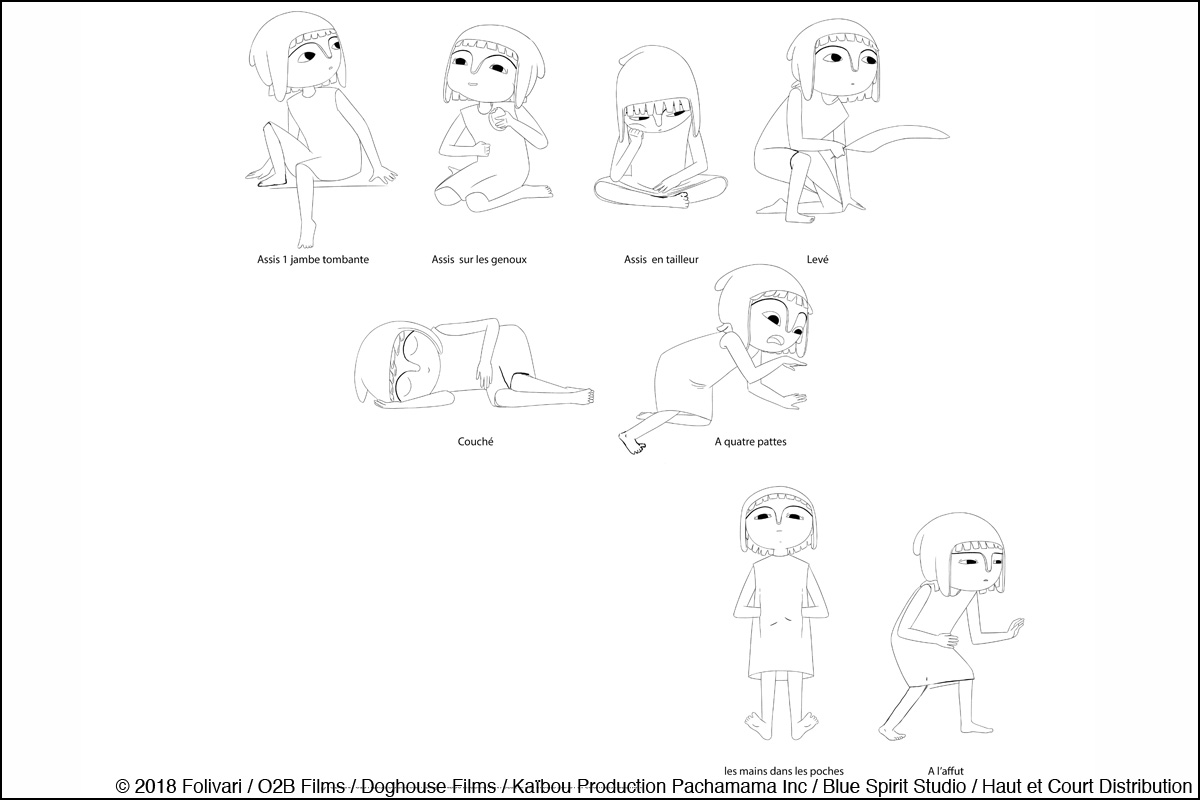 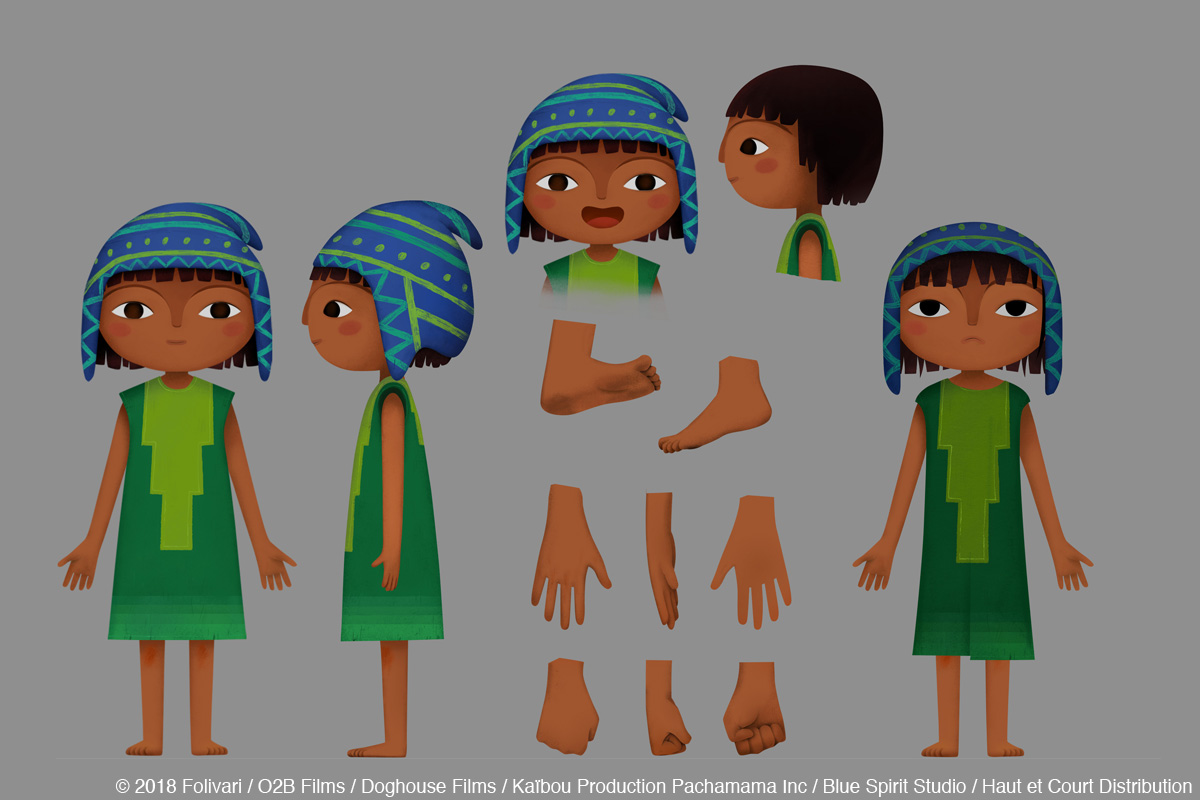 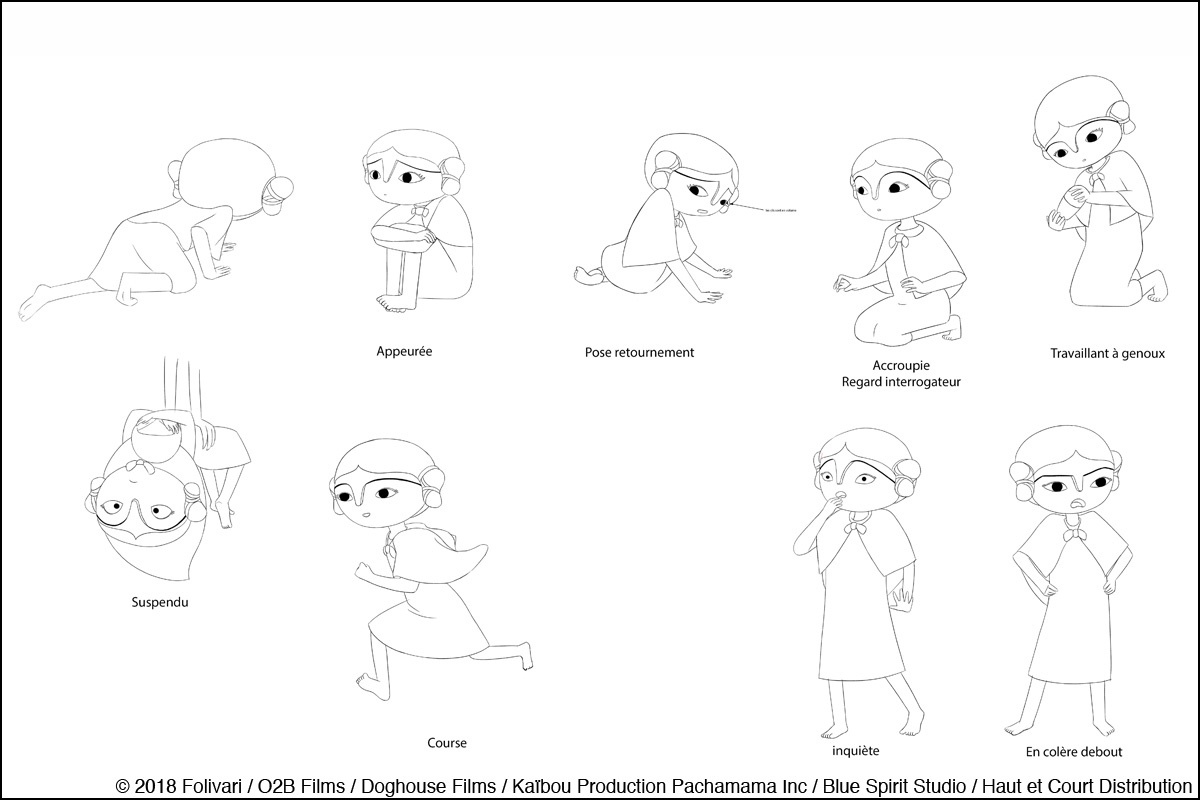 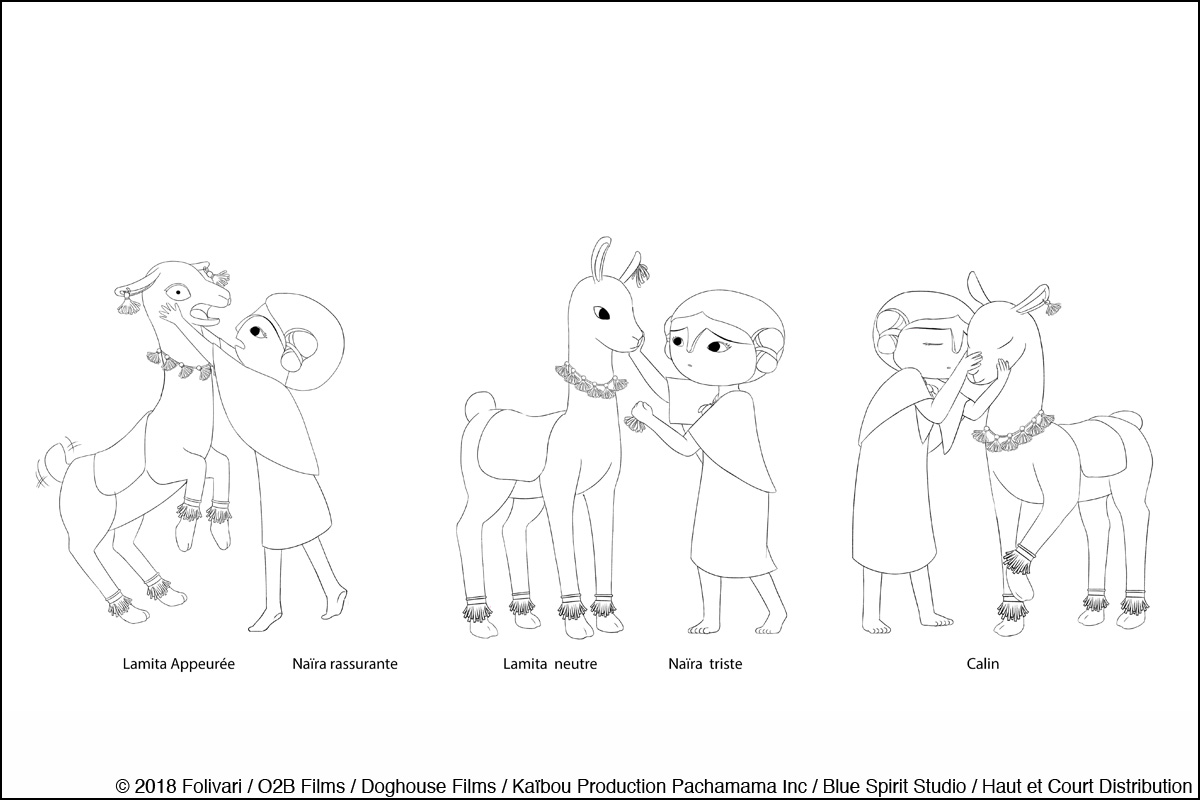 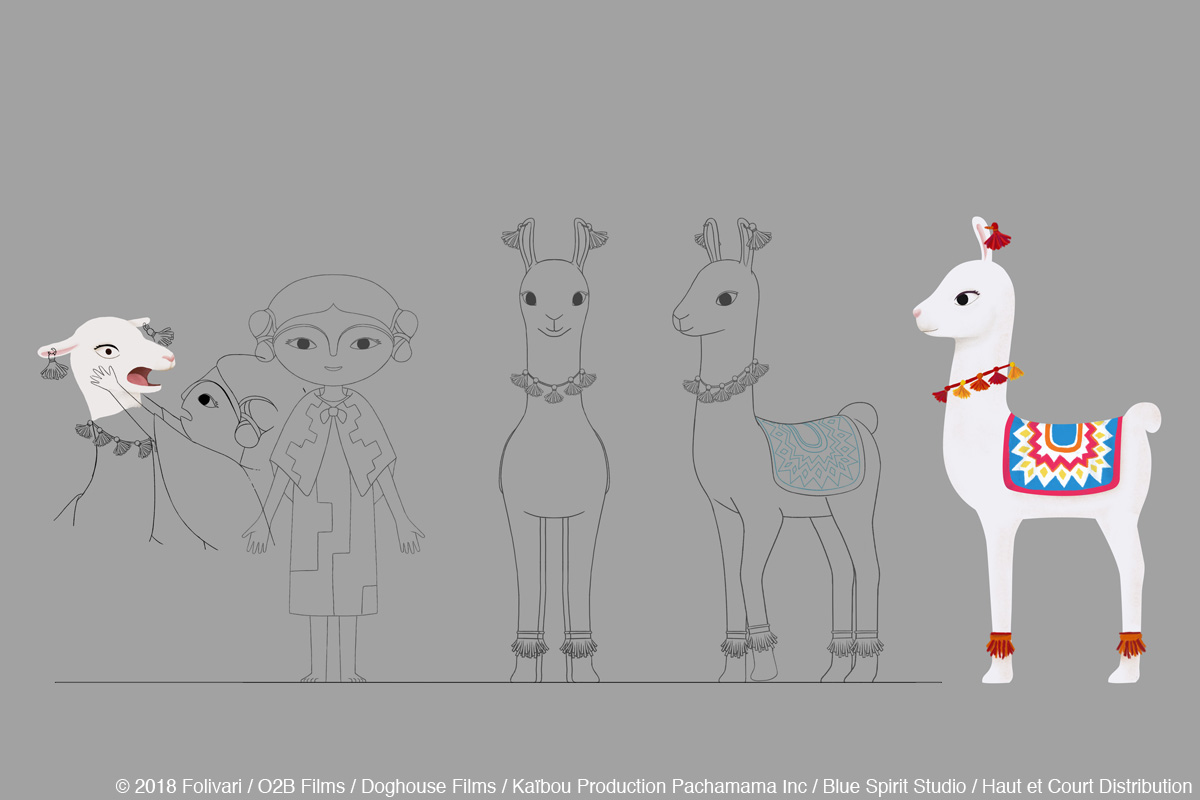 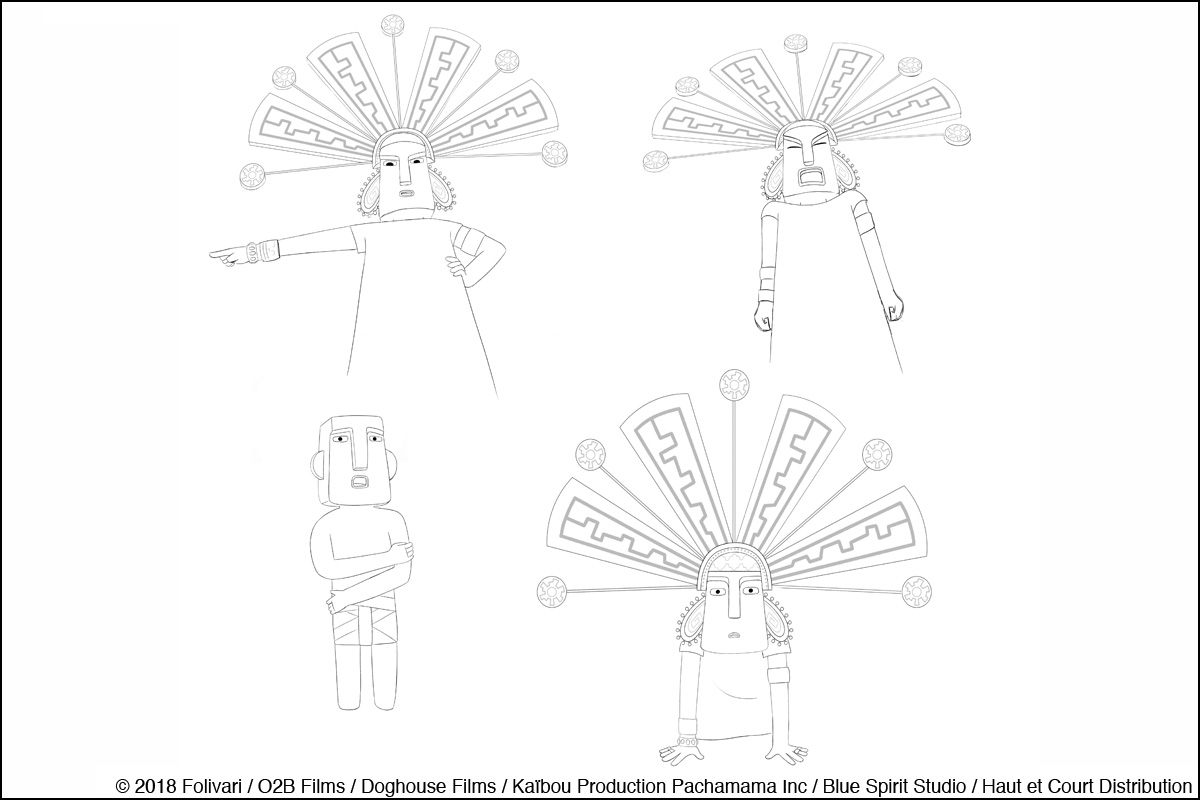 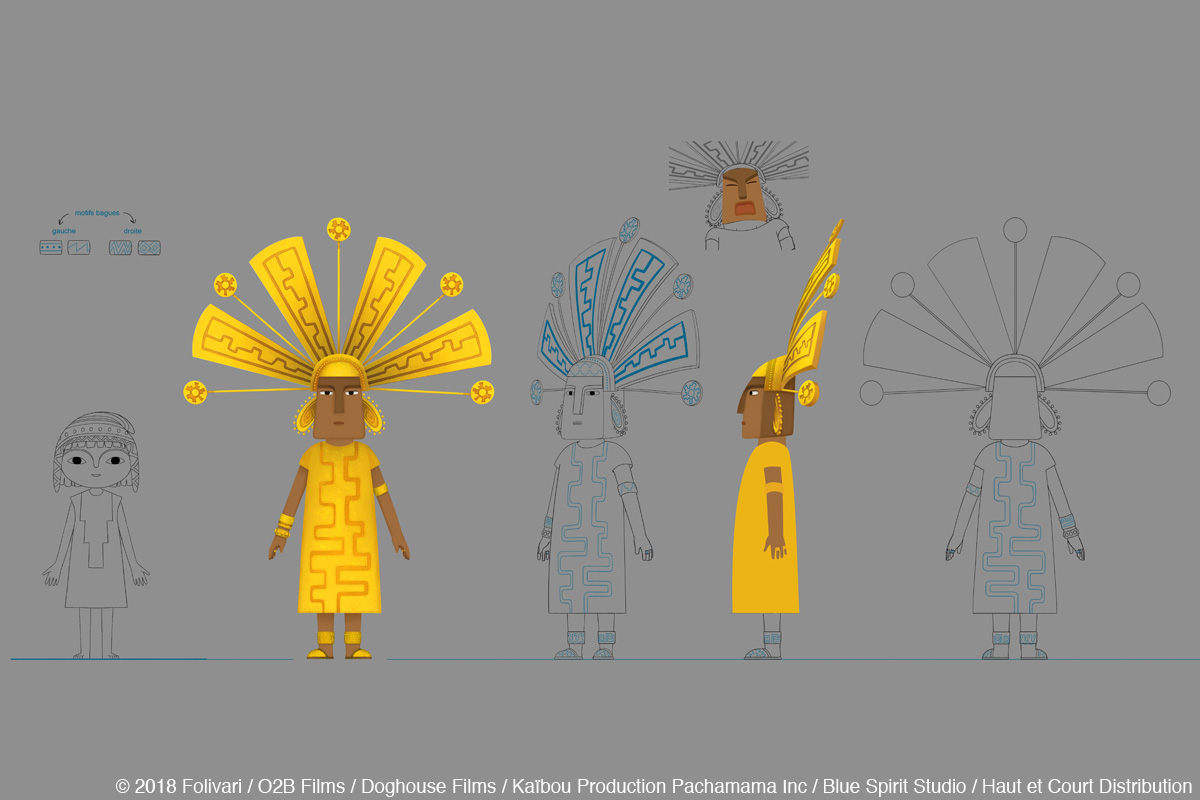 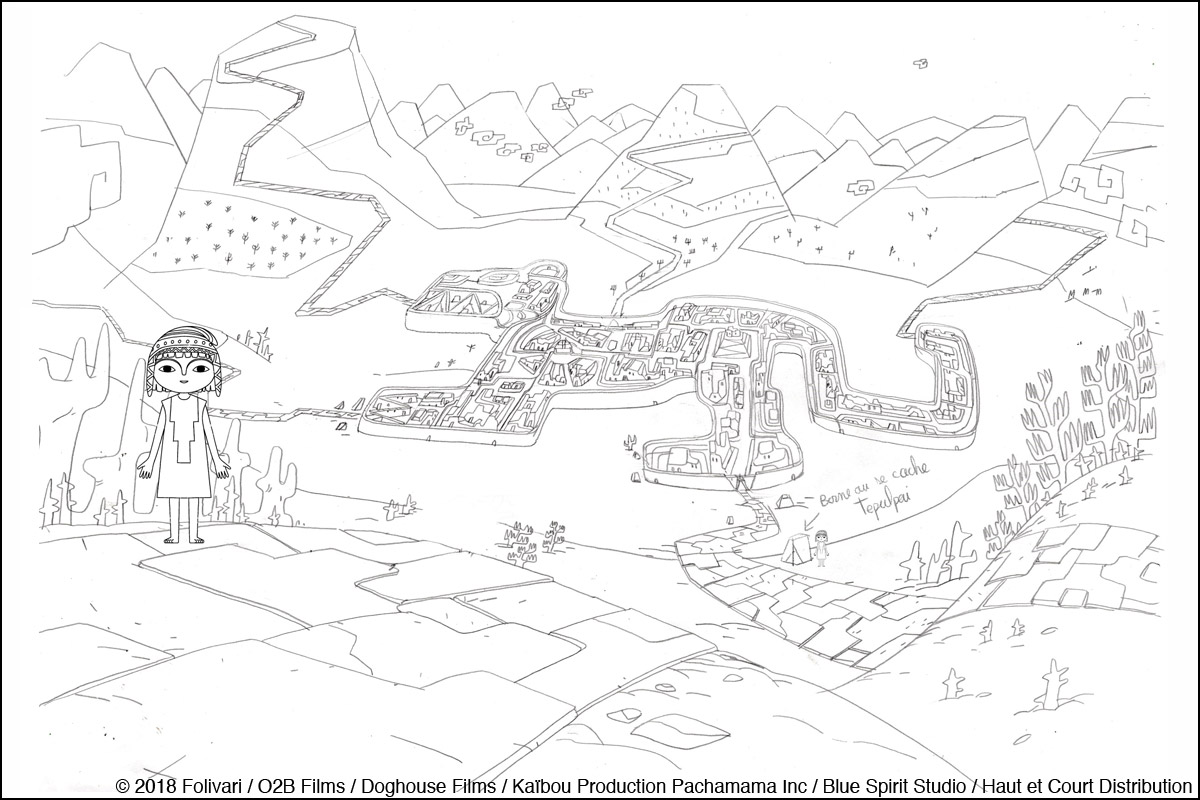 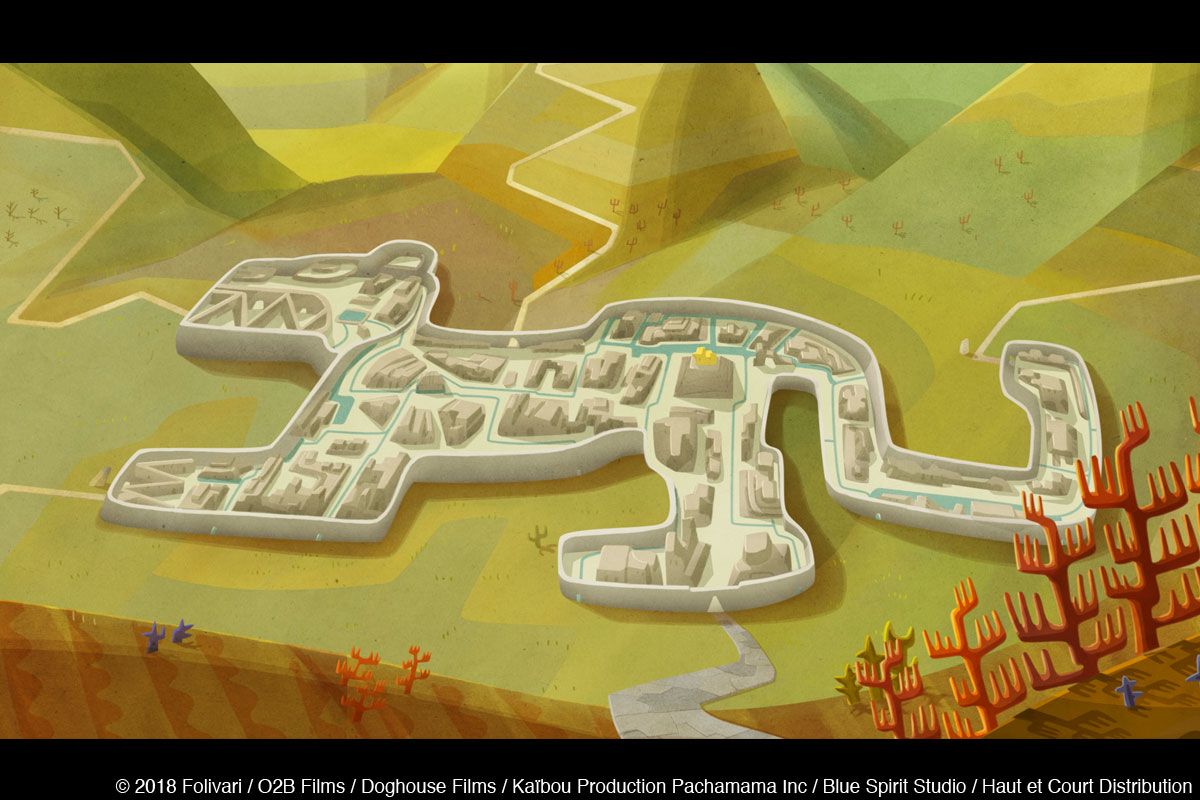 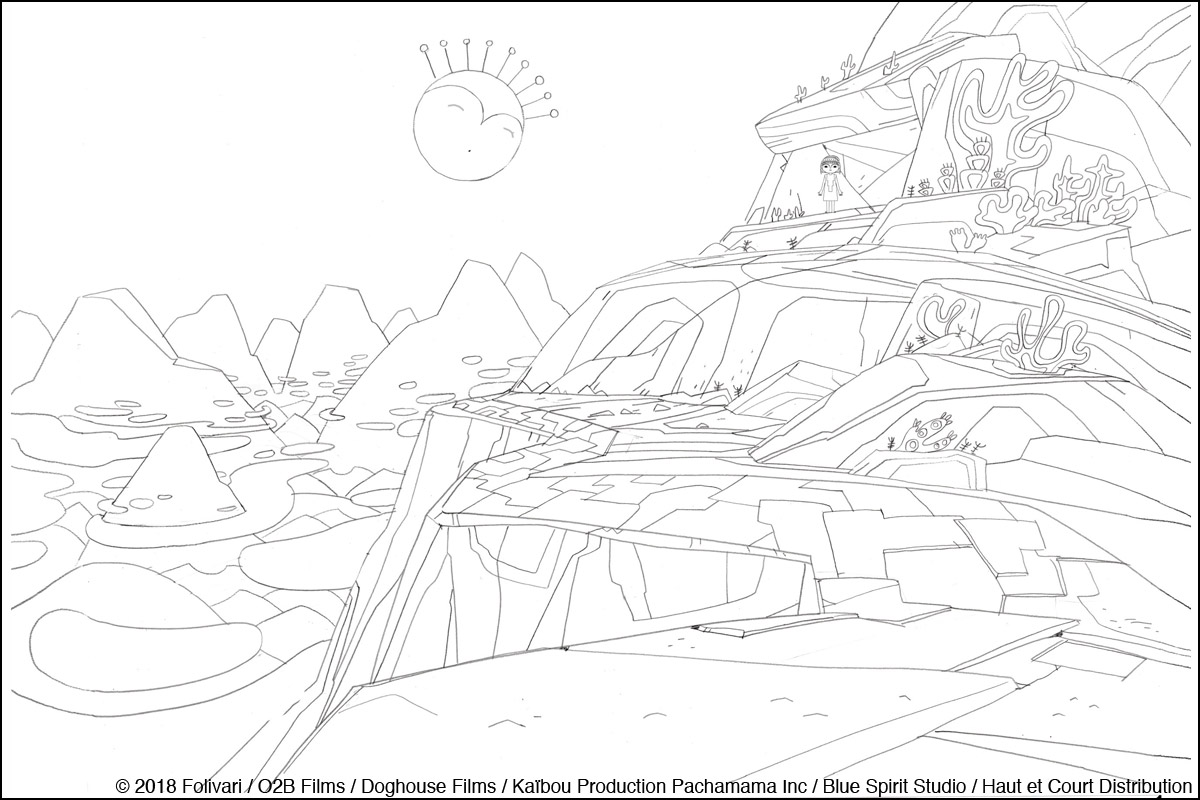 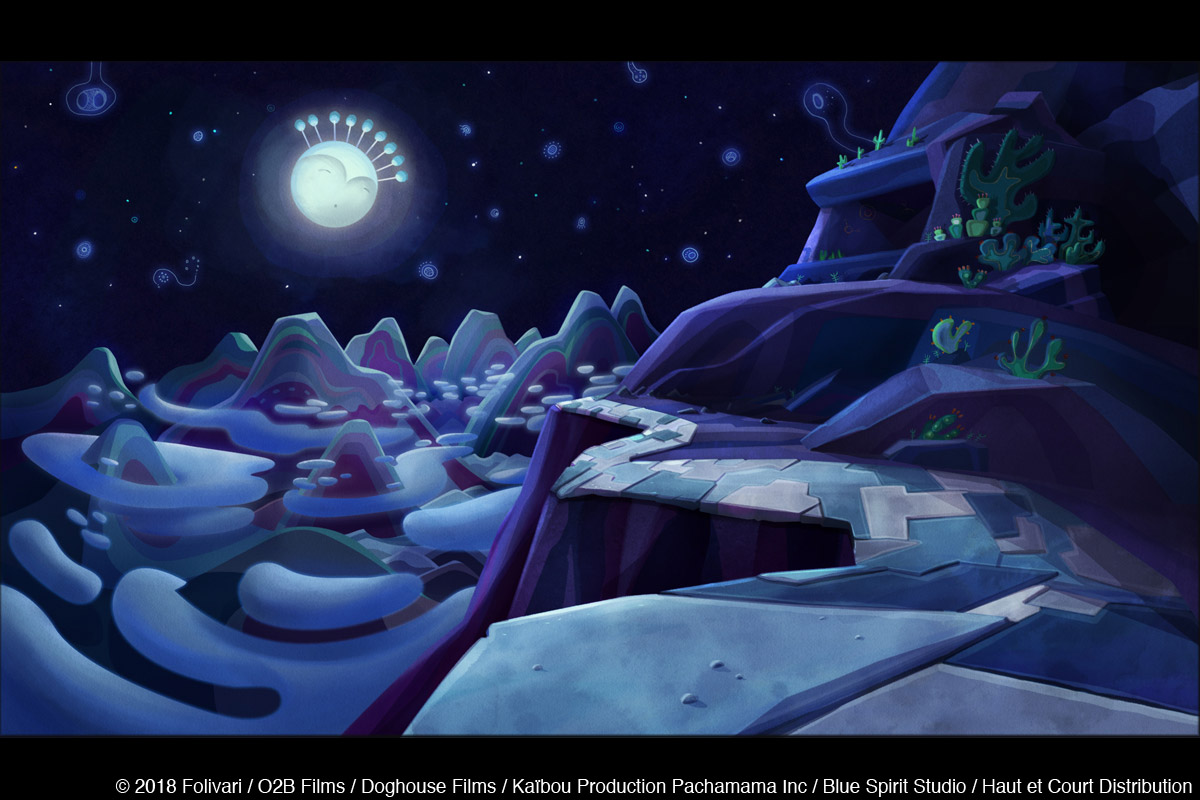 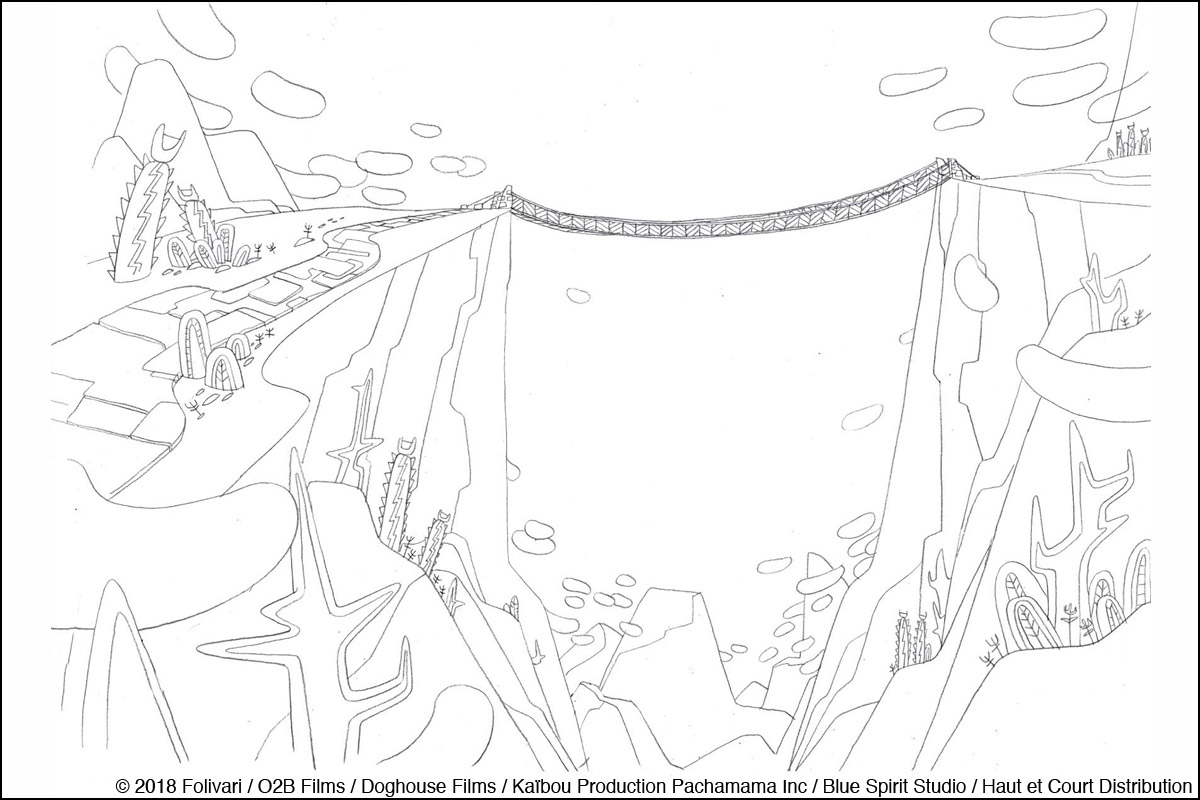 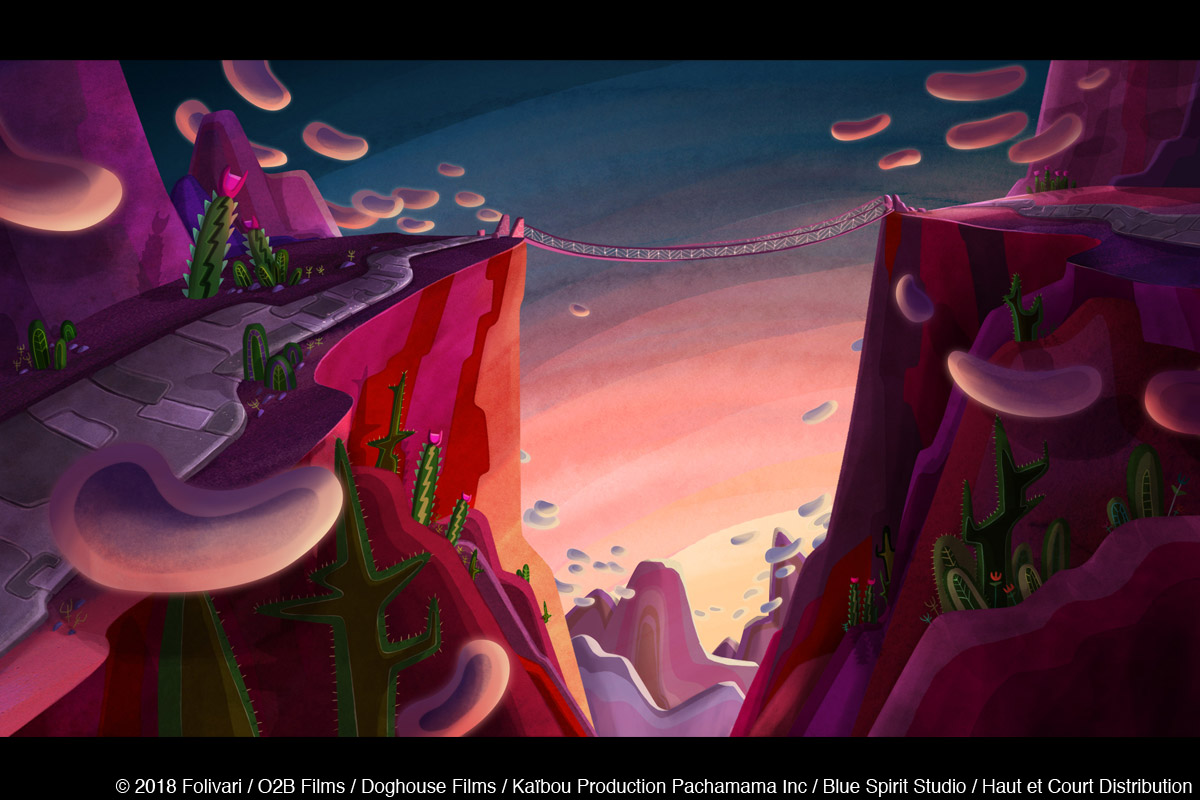 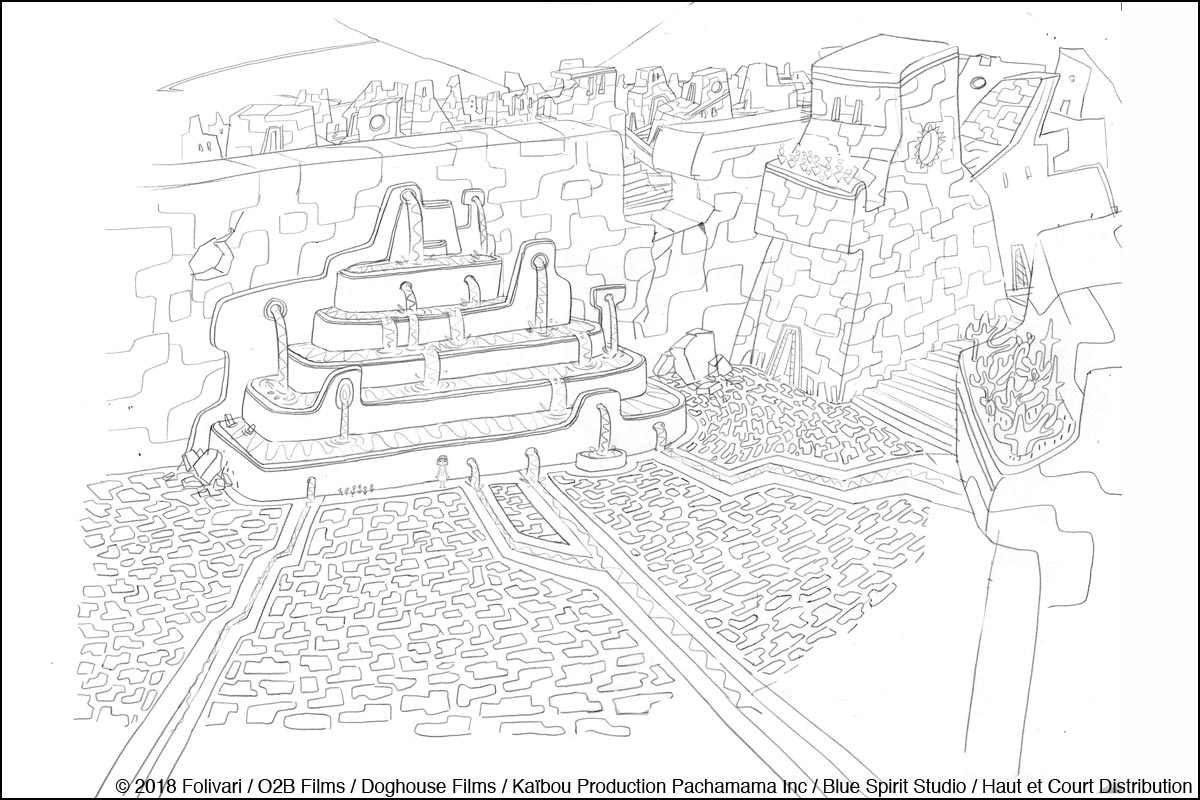 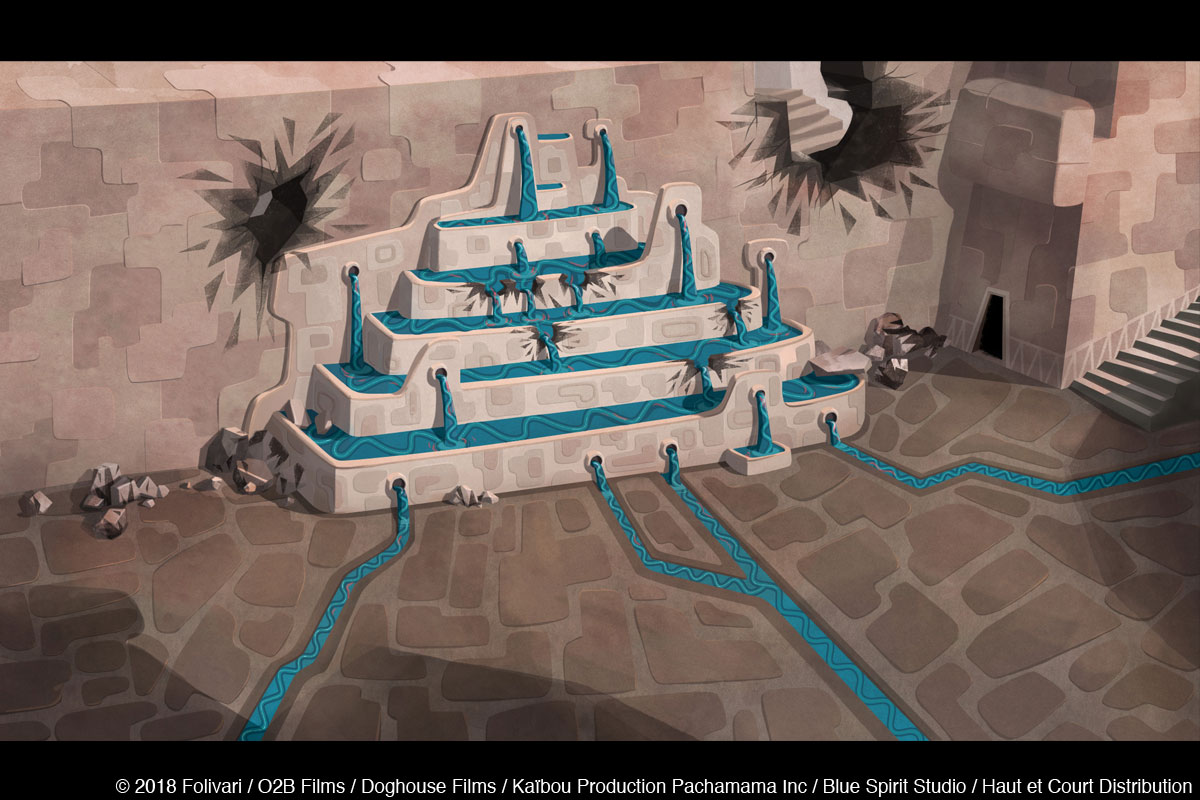 Pachamama is the latest animated feature from Folivari, one of the representative animation studios in the French animation industry. The film guides you to a small indigenous village in the Andes Mountains in South America, which is described beautifully with illustrations that have a unique touch and handling of colors. It is a story based on Andean culture and mythology, and a key theme in this story is taking care of Mother Earth.

We could hear behind the story of the film from the Argentine director Juan Antin. We are happy to be able to share the insight of the film with you through his words.

Animationweek: Where did the initial idea for this film project come from?

Juan Antin: I was once participating in the La Havana Film Festival in Cuba with my first animated feature film, Mercano the Martian. One afternoon, I was staring at the sea in the horizon, and I suddenly imagined how, on those same very beaches five hundred years ago, the natives have seen the first European conquistadors arriving… And how disappointed they must have been when they realized that these strange creatures that they’d watched disembark, looking like gods in their shining armor, were only bringing along the most savage part of their humanity. I left the beach that day with the seed of what was to become Pachamama.

Animationweek: What do you think are the unique and attractive points of the film?

Juan Antin: I think the most unique in Pachamama is the point of view, as the film is told from an indigenous perspective. To put the audience in that state of mind, we’ve worked on an art design based on pre-Columbian art as well as the music, using ancient flutes and instruments from that time.

Animationweek: How were the characters, story, and visuals of the film’s universe developed? Could you please let us know the process of them, the difficulties you faced and the things you take care of the most?

Juan Antin: The process of making Pachamama was very long, it took me 14 years to finish. At first, I’ve travelled quite much through the Andean region (North of Argentina, Bolivia and Peru), passing some time in indigenous communities with María Hellemeyer, the graphic author of Pachamama who is also an anthropologist and visual artist. So at that time I was writing the story while María was making the first designs of the characters and backgrounds. My idea at that time was to make a stop motion film, so back in Buenos Aires, I’ve gathered a team and we’ve shot a stop motion pilot. But finally, the film was produced by Didier Brunner and he suggested to drop the idea of making it in stop-motion.

So we’ve finished the graphic development at Folivari with the artistic director Aurélie Raphael, adapting the graphic universe to make 3D character animation over 2D painted backgrounds and 2D animated FX. In the end, seeing the result and its unique look, I’m aware that all that long development really added a lot of value.

Animationweek: What kind of experience or message do you want to deliver with this film to the audience?

Juan Antin: The idea of making Pachamama was a way for me to make a tribute to the indigenous cultures of South America, and becoming a vessel of their most cherished belief: that our planet Earth is a living being and that we all make part of it, so we must respect, thank and love it to be able to live in harmony and abundance.

Shots from the film 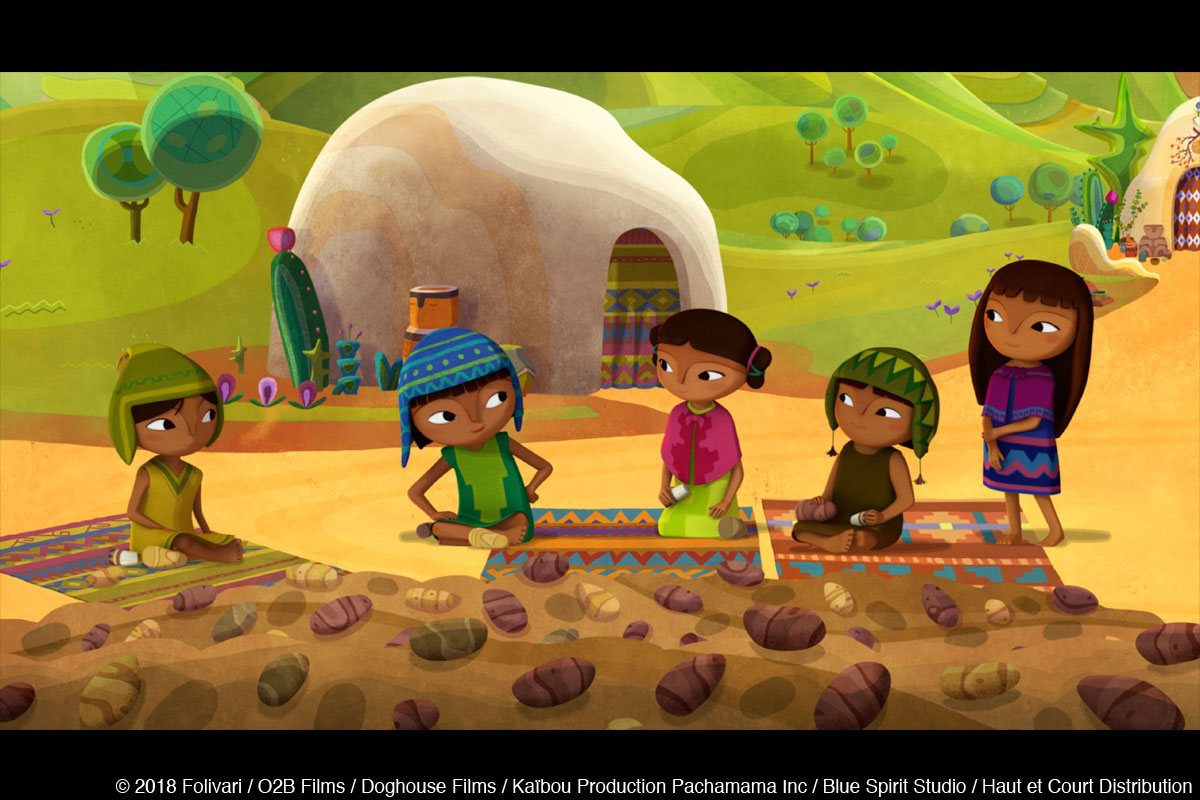 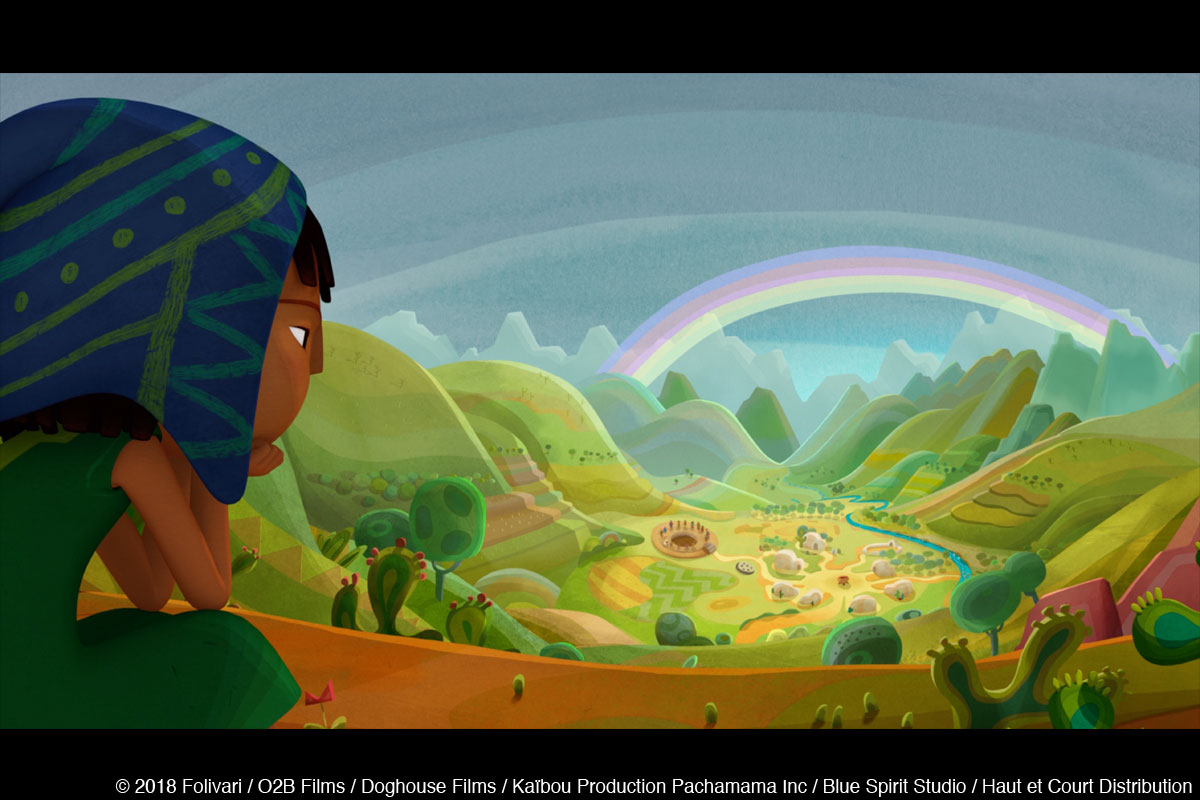 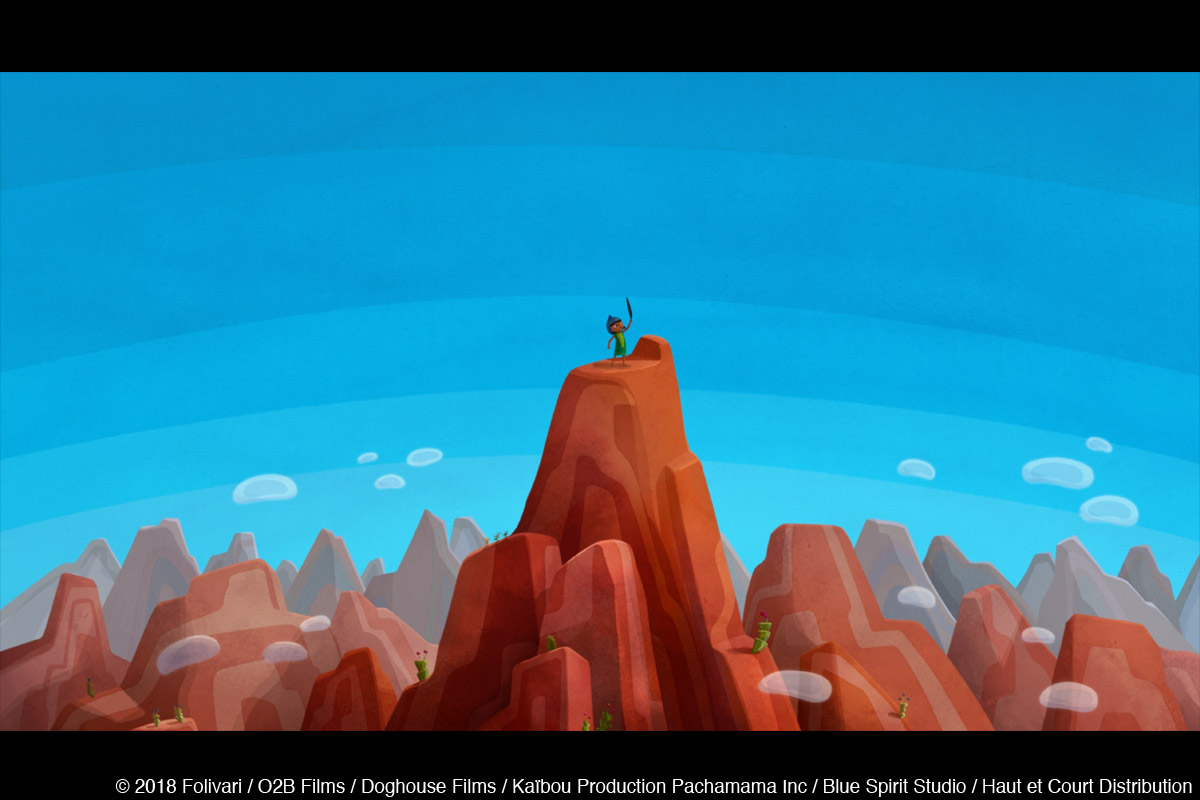 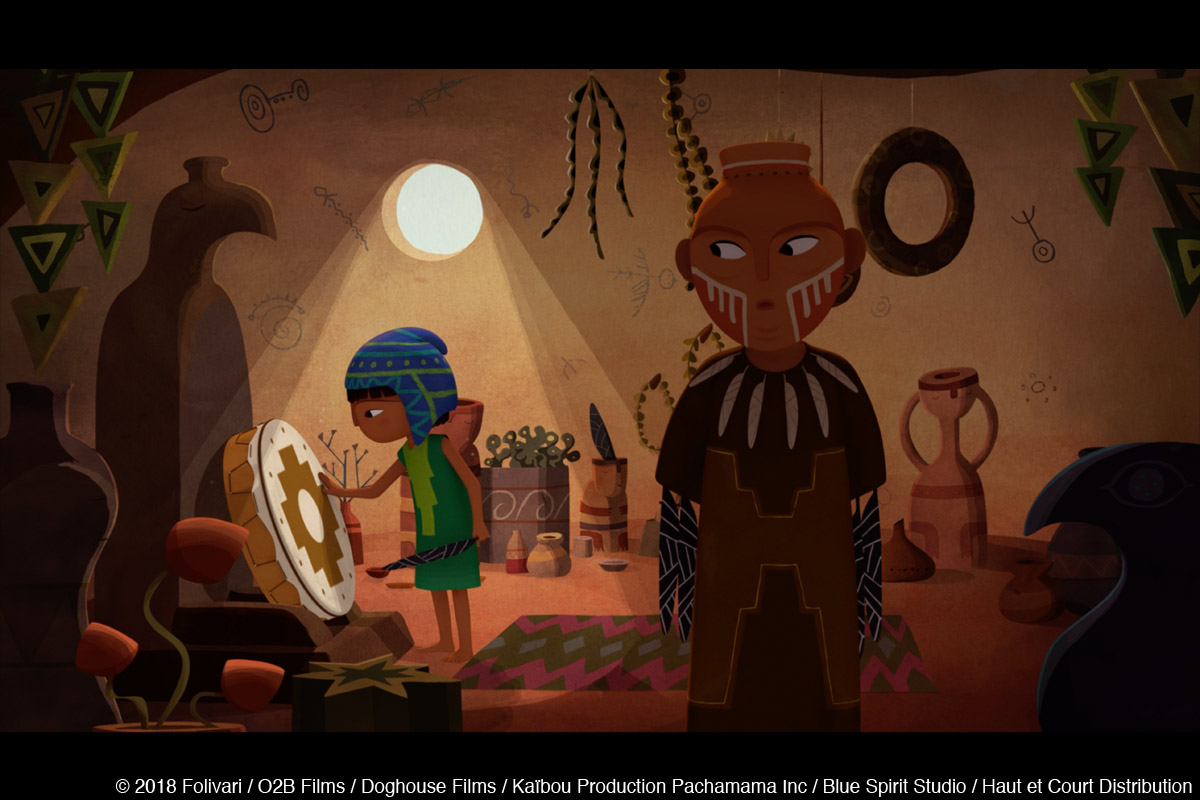 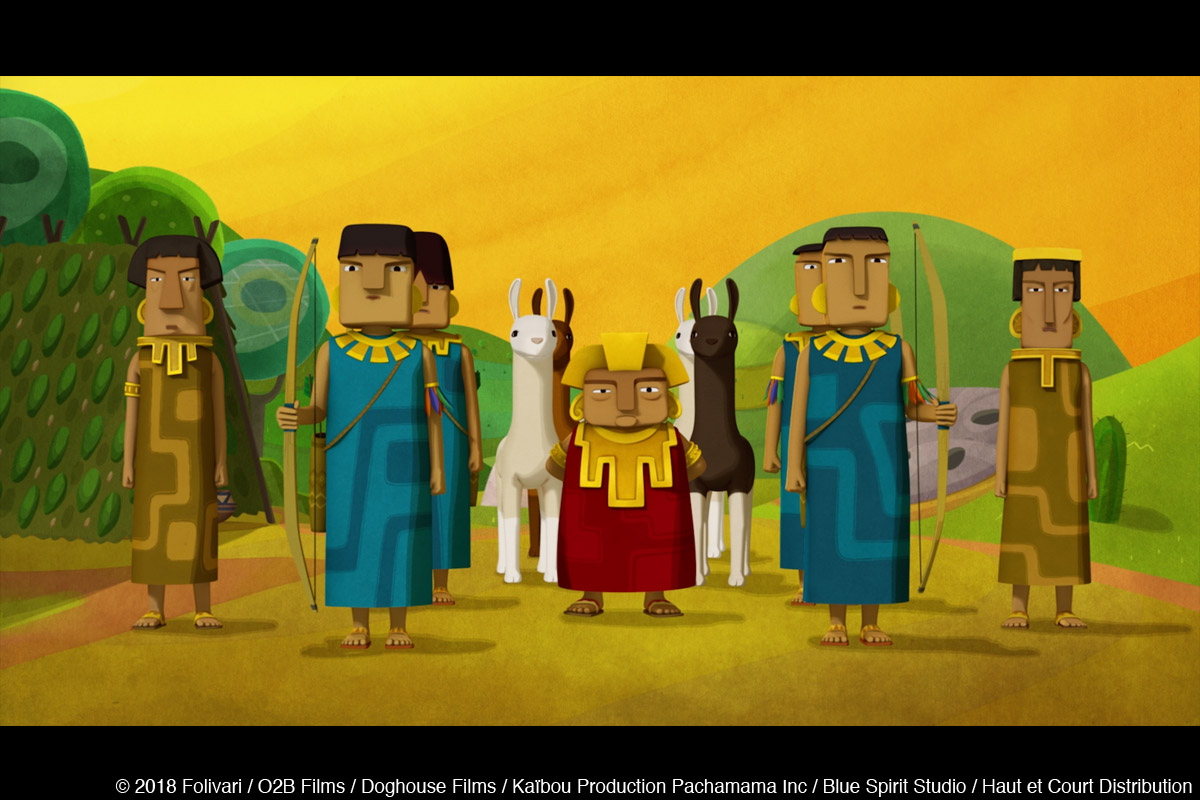 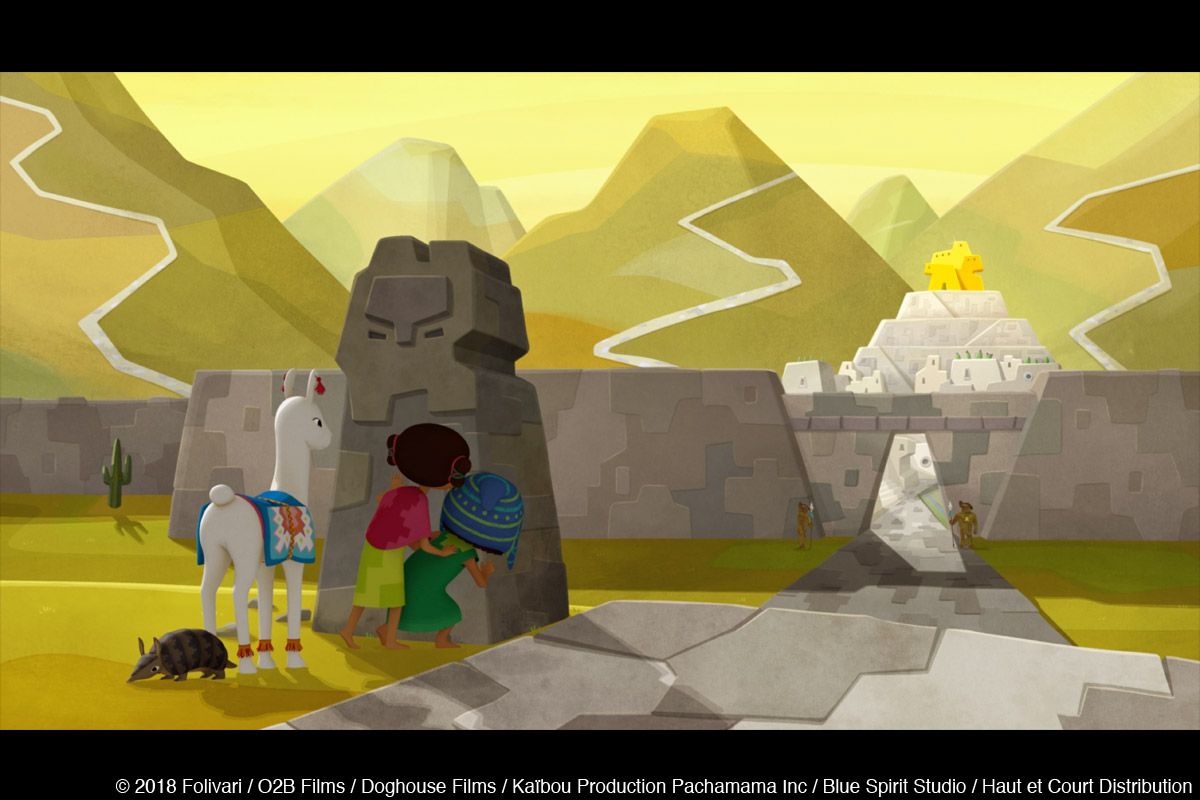 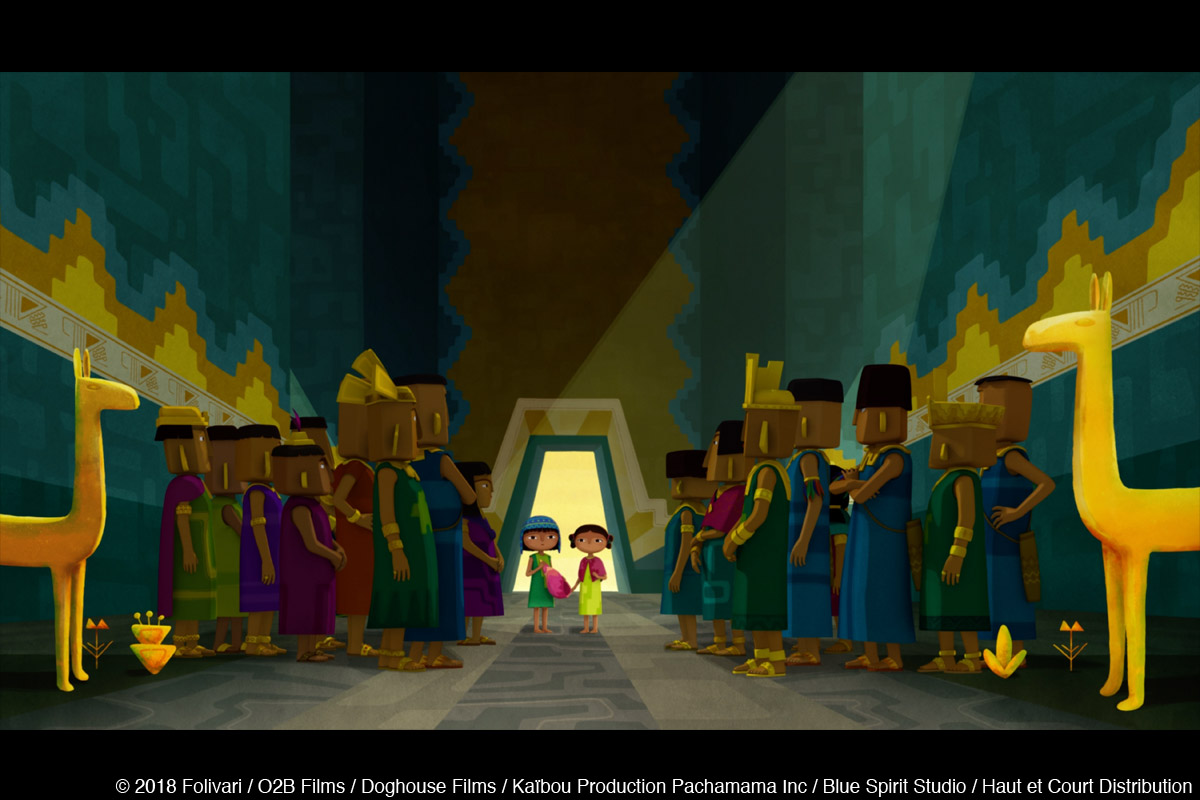 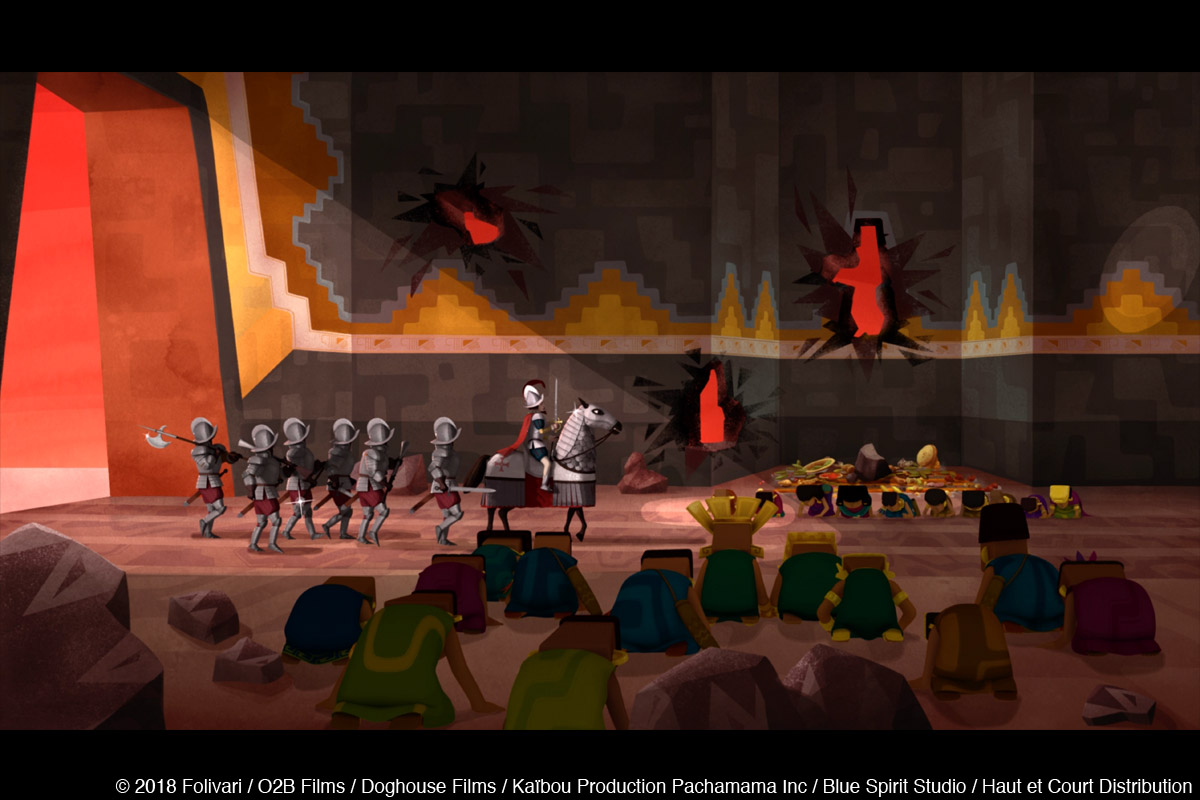