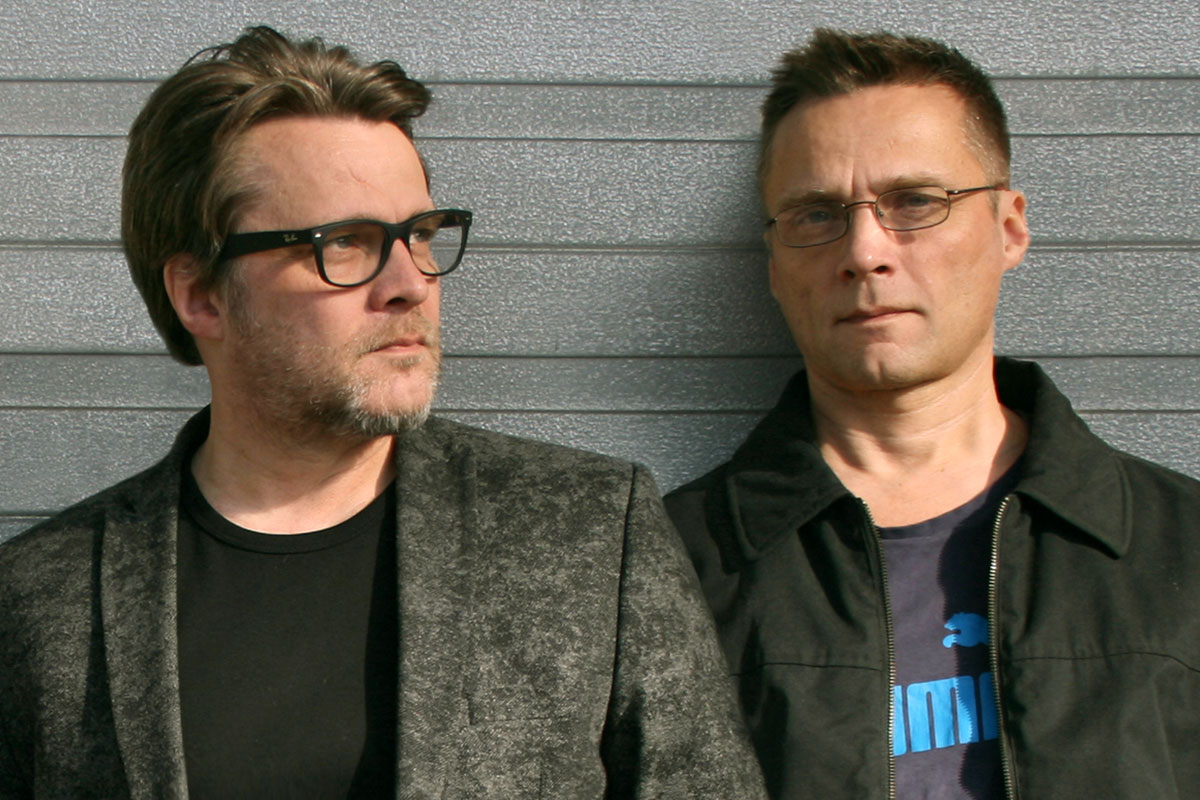 Christoph and Wolfgang Lauenstein are Academy-Award winning (for an animated short Balance (1989)) twin animation directors, screenwriters and producers. Surprisingly, they directed two feature films at the same time, Luis & the Aliens (2018) and Marnie’s World (2018), in which the latter of the two films was premiered at the Annecy International Animated Film Festival 2018.

Marnie’s World is a 3D CGI animated family film of a pampered housecat, Marnie, with a great interest in crime films, in which one day finds herself away from home and encounters very funny animal friends along the way. We could hear from Christoph Lauenstein about Marnie’s World before his speech at its world premiere in Annecy. 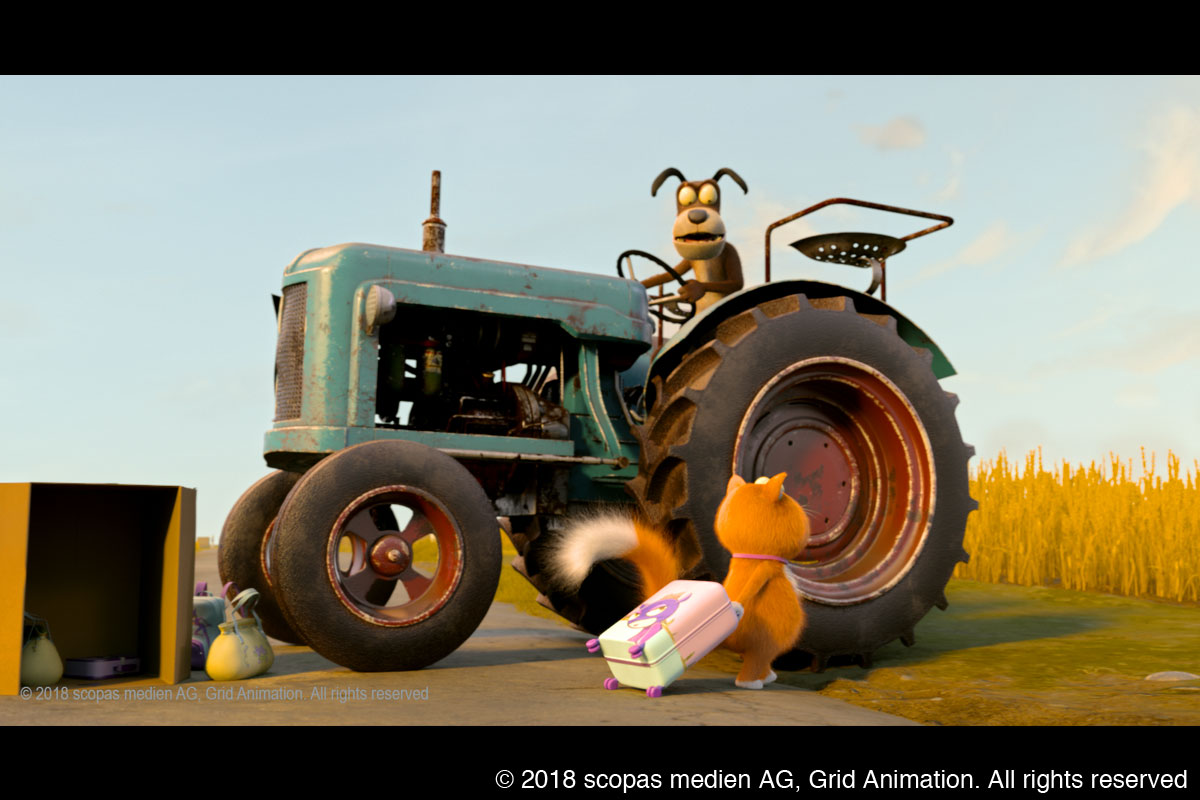 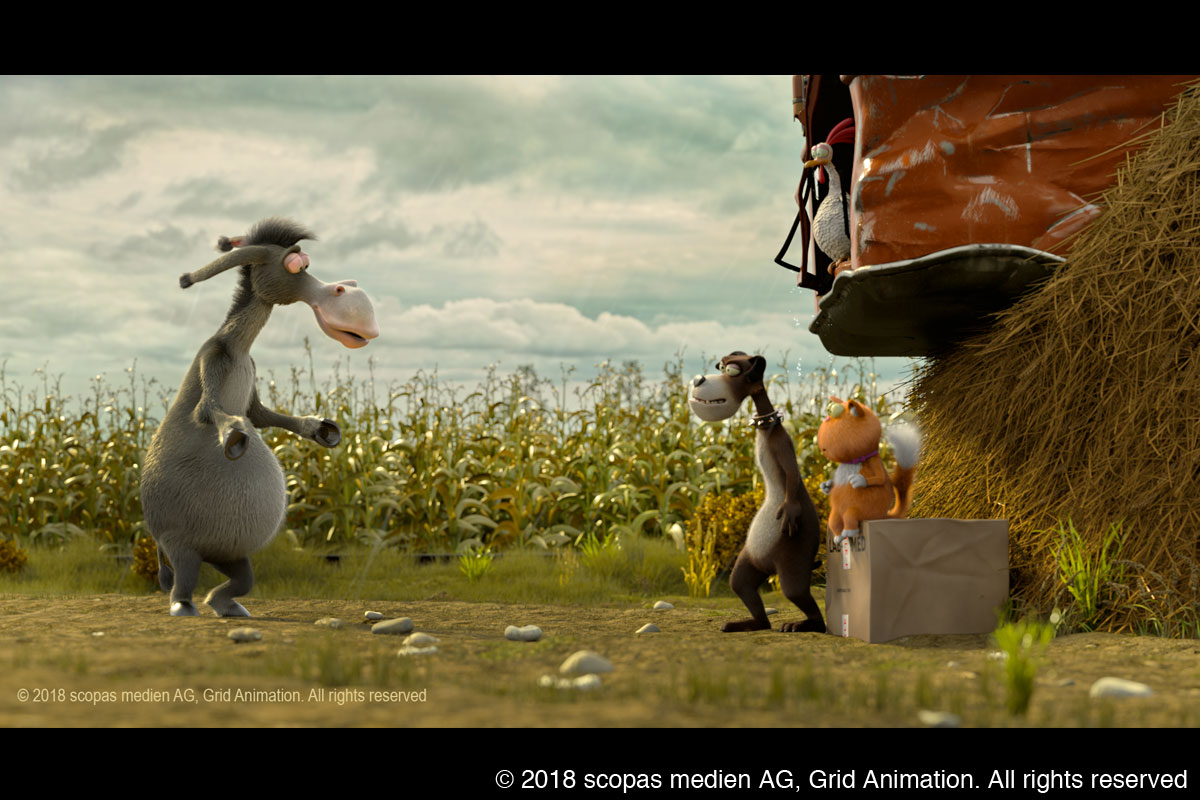 Marnie is a spoiled house cat, treated like a princess and getting everything she wants. She loves eating, sleeping and watching her favourite crime series Magic Ohura. One day Marnie was kicked out of her comfortable life and had a big problem: She has never been outside before, and she only knows the real world from weird television series.

Animationweek: How did the project start?

Christoph Lauenstein: It all started about 12 years ago, when we did not yet think on making long animated feature films. In these years, we were producing a lot of commercials with the techniques of clay animation and puppet animation. The German city of Bremen wanted us to create some short animated spots showing the four animals from the brother Grimms’ fairytale The Musicians of Bremen, which is the town’s landmark.

We had a lot of freedom, so we decided to do something that doesn’t look too clean and that has some roughness. We created four clay animals: the donkey, the rooster, the cat and the dog, and made 10-second long clips for each of them, showing them singing badly in a casting show.

Christoph Lauenstein: Everybody loved these roughly built creatures, and we started thinking: “Why not change our career into making animated feature films? How about making a feature film with these four unusual animals?” We started writing a screenplay, loosely based on the brother Grimms’ fairytale The Musicians of Bremen. It took us some time to get involved in this brand-new kind of work, and of course we had to learn a lot about storytelling. Fortunately, we got a lot of support from the German script consultant Oliver Schütte. Soon, we realized that we truly love creating ideas and telling stories.

In the following years, we wrote several scripts, not only for Marnie’s World, but also for other projects. We were offering these projects to different production companies, hoping that maybe one of them some day will be a feature film that will go into production. But one day, suddenly, two of our projects went into production… at the same time. Luis & the Aliens and Marnie’s World. 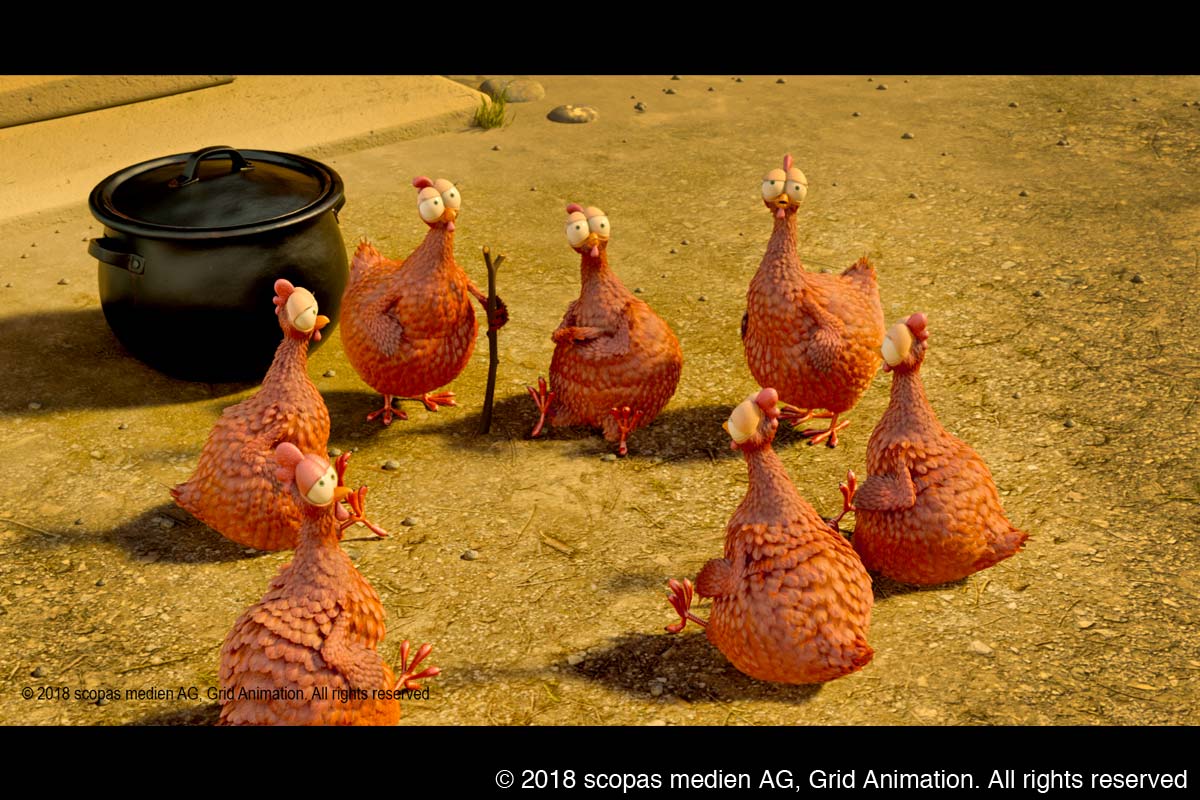 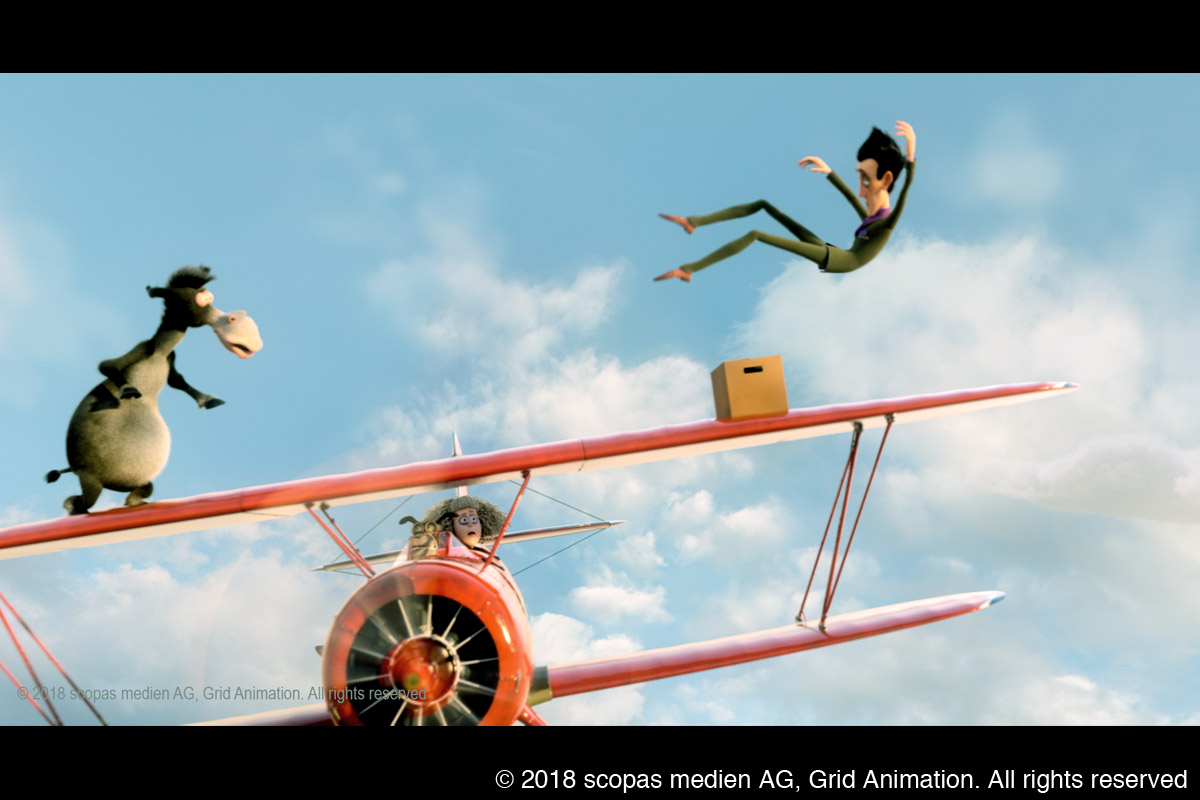 Animationweek: How did you and your brother manage two different big projects at the same time? I would like to know the difficulties you two faced during the two big projects.

Christoph Lauenstein: It was not our plan to do 2 films at the same time. Of course, my brother Wolfgang and I wanted to start with one project, working together as directors on it. But now we had to separate ourselves. One had to be the director for each project. Wolfgang focused on Luis & the Aliens and I did the main direction of Marnie’s World.

Animationweek: What have you learned from the other film that you’ve applied to this film?

Christoph Lauenstein: Because both productions were happening simultaneously, there was not enough time to learn from both films. Anyway, the production was totally different.

Luis & the Aliens was made by a very experienced production team, which did a lot of animated feature-length films in the past. It was a very tight production schedule, which is not always nice for directors. Directors generally want to have more time for their creative work. But for the production, being fast is important to keep it economic, and of course we understood that.

Animationweek: What do you think makes the film Marnie’s World special?

Christoph Lauenstein: I think one point is that the design of the main characters doesn’t look like typical CGI animals. They still look similar to our first rough hand-made clay animation figures. So, I think you can still feel the spirit and the special charm of puppet animation in this movie. For me, it doesn’t matter if the animation is hand-made or CGI, it should be something special. This is one important thing.

Also, the storytelling in Marnie’s World is special as well. Luis & the Aliens is a very mainstream comedy: fast-paced, simple to direct, funny, and more for kids. Marnie’s World should be mainstream as well, but it was important for us to add some poetic elements and adult humor. Marnie’s World is not as fast-paced; it opens more like a kaleidoscope, cross-cutting the stories of the animals and humans living in the world at the same time. 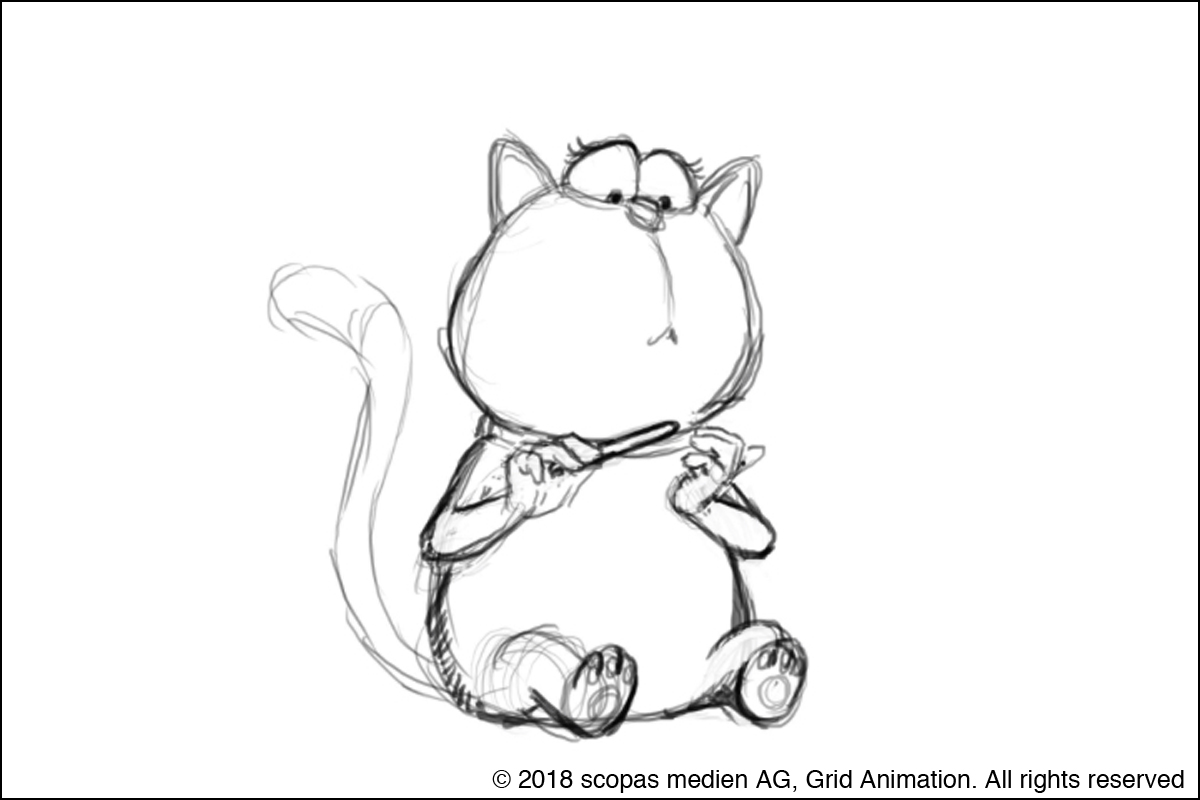 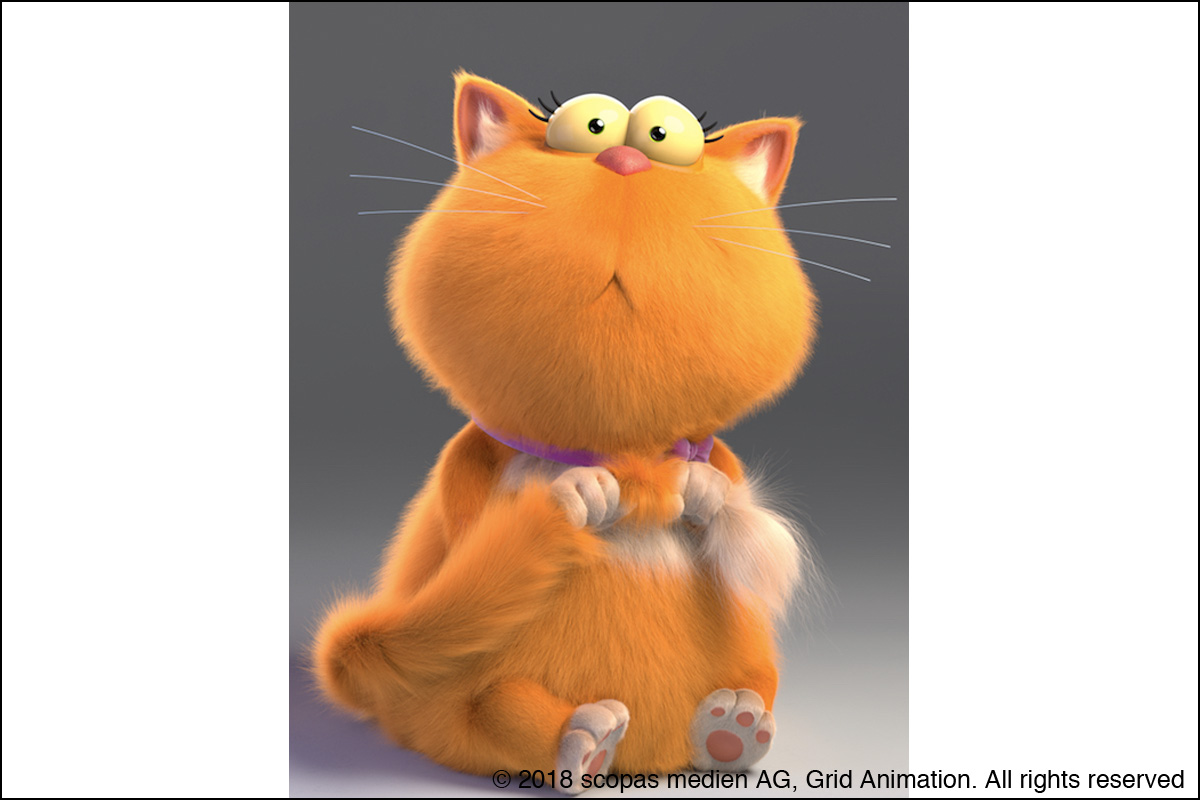 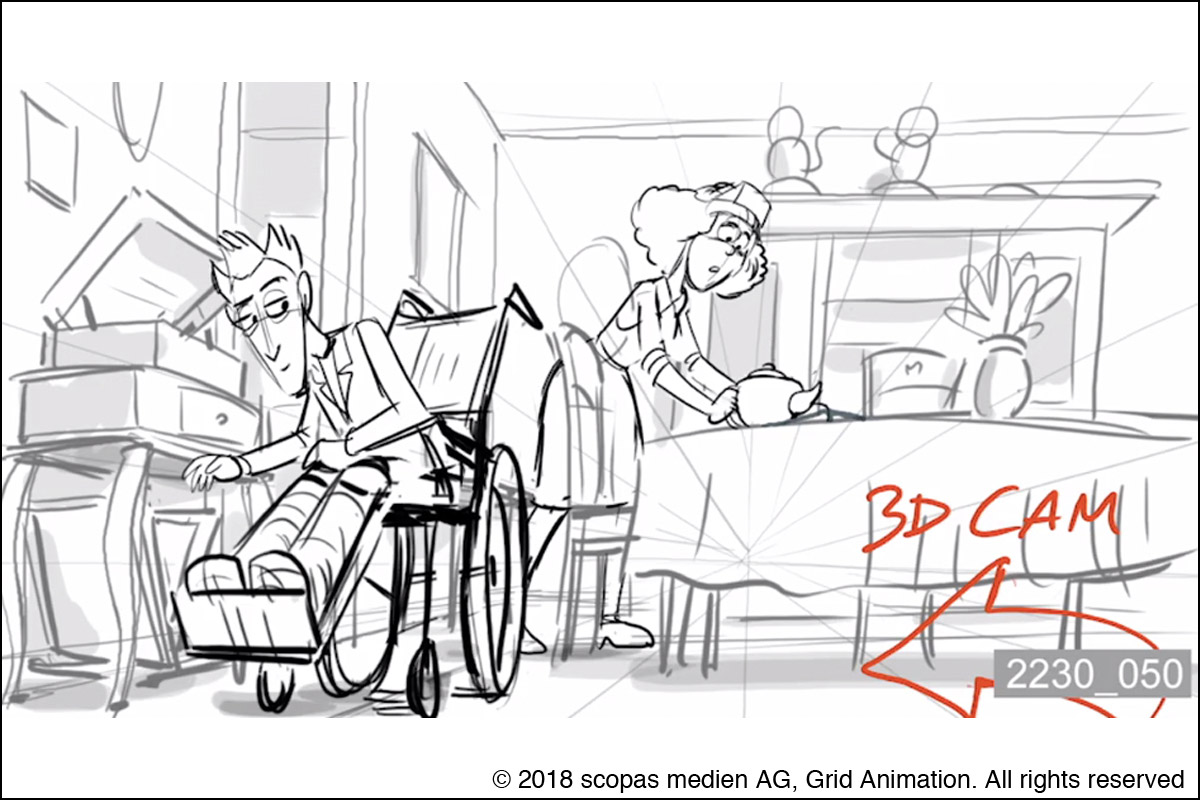 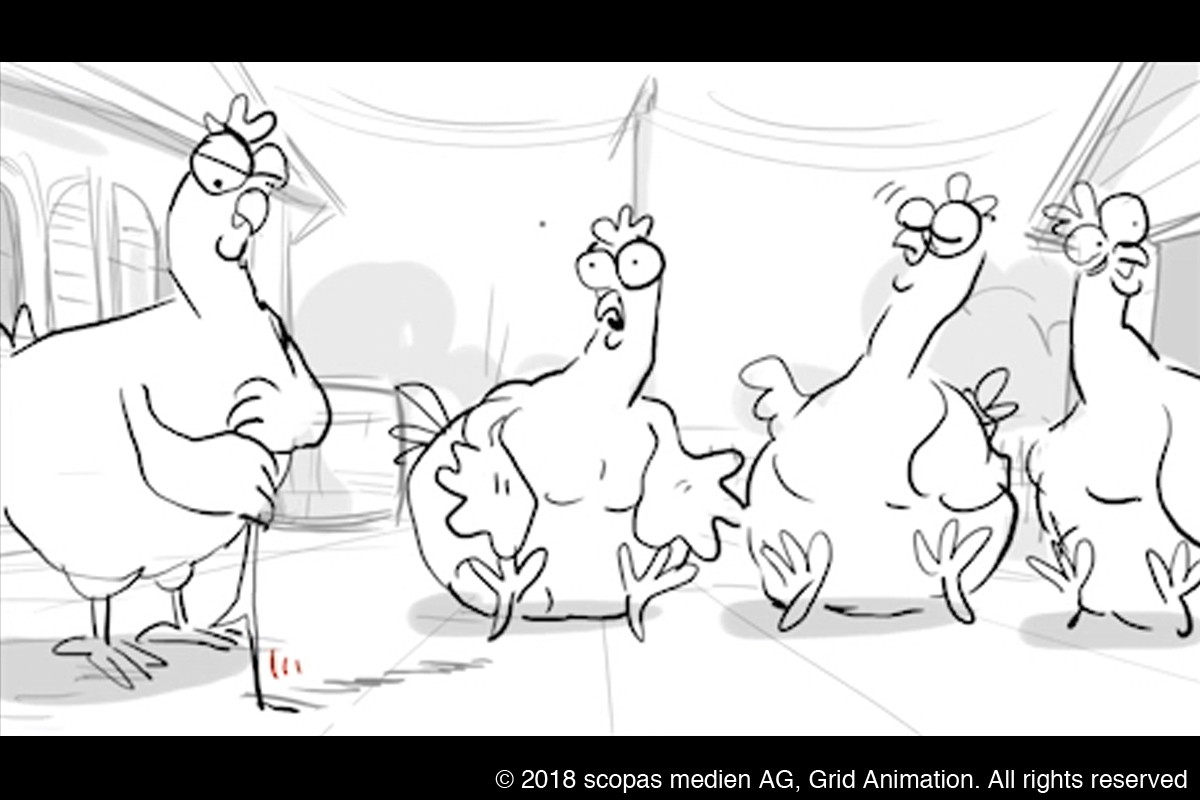 Animationweek: The film had a lot of overlapping stories from different characters. How was the script managed?

Christoph Lauenstein: Marnie’s World is a world full of weird characters. In this world, nothing is what is seems to be. Writing a script with the many main characters was quite complicated. We had to find a good balance among all their stories.

To give this world enough space for creating a nice and poetic atmosphere, we decided not to tell a simple story that is just going forward fast. We wanted to show the world of all characters throughout the film. That means that we had to find a slower tempo for the film, of course with some changes in rhythm from time to time, such as with the fast car-chase scene.

Animationweek: Please let us know some insights on the look development.

Christoph Lauenstein: Because the main characters’ design looks more like puppets  instead of typical CGI animals, the human characters in the film had to look a bit puppet-like as well to match with them. Especially their eyes had to be more puppet-like.

In terms of the sets, our German art director Conny Freche, who lives in a place similar to the rural universe of this film, shot a lot of photos and drew colour illustrations to create the nice, warm-hearted, early-autumn sceneries for the film. Actually, the village with all its details was not a typical German village because it was important for us that the landscape and the village could be located anywhere. 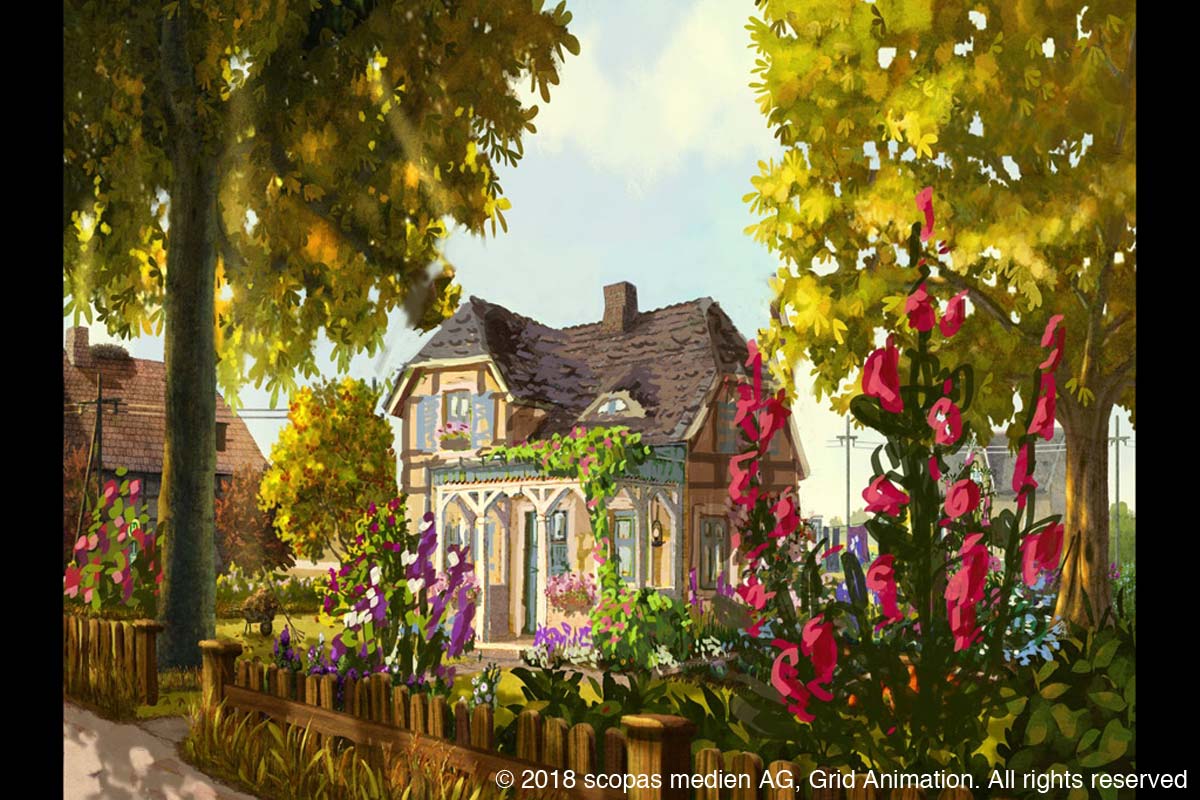 Animationweek: What differences are there between working on a feature film, and making commercials and short films?

Christoph Lauenstein: Huge difference. You have to make a lot of compromises when you make a feature film because everyone in the big team has different ideas in mind. You have to learn how to communicate your own vision, and if necessary, how to compromise.

In producing short films and commercials we often worked in tiny small teams. Sometimes only my brother and I did everything by ourselves. It is a lot of work for two people, but it is much easier regarding communication.

So, learning to communicate with a lot of people was the biggest problem for us in making a feature film. But I think we managed it quite well.

Animationweek: In terms of storytelling, what differences did you find between feature films and shorts?

Christoph Lauenstein: We had to learn that there are a lot of strict rules in the storytelling for feature films. For us, there were a lot of important things to find out on how the story should work, how the drama should be with the timing of the movie, and so on.

Making our very own artistic short films is totally different. We are completely free in making a short film. When we made our short film Balance, nobody told us anything that we have to do, hence there was no compromise in it, and it was great.

Regarding to the storytelling for the feature films, the main thing we needed to consider was that animated films in Europe are mostly films for kids. It’s okay for us. But in our movies, we tried to create some nice humor that interests adults as well, like the black humor we used here and there. Kids don’t understand those kinds of humor, but who cares. Kids are used to not understanding everything, so that it is not a problem. It’s not easy to bring both together, but that’s what we wanted to try.

Animationweek: What will be the next projects from the Lauenstein brothers?

Christoph Lauenstein: We have some very nice ideas for our following feature films. We learned so many things in our very first two projects, and we can’t wait to start a new production.

04. “Chuck Steel: Night of the Trampires”; under its skin with Mike Mort