Warner Animation Group (WAG) and Warner Bros. Animation (WBA) held a program titled “Warner Bros: A Look Ahead” on 11th June during the Annecy International Animated Film Festival 2018, and gave a look at 4 exciting upcoming titles: Looney Tunes Cartoons, Teen Titans Go! To the movies, The Lego® Movie 2: The Second Part, and Smallfoot. During the presentation, they uncovered some sneak-previews and clips of the 4 titles. It seemed like they definitely succeeded capturing the full attention of the audience and raised their expectations for their releases by the quality of their works shown. 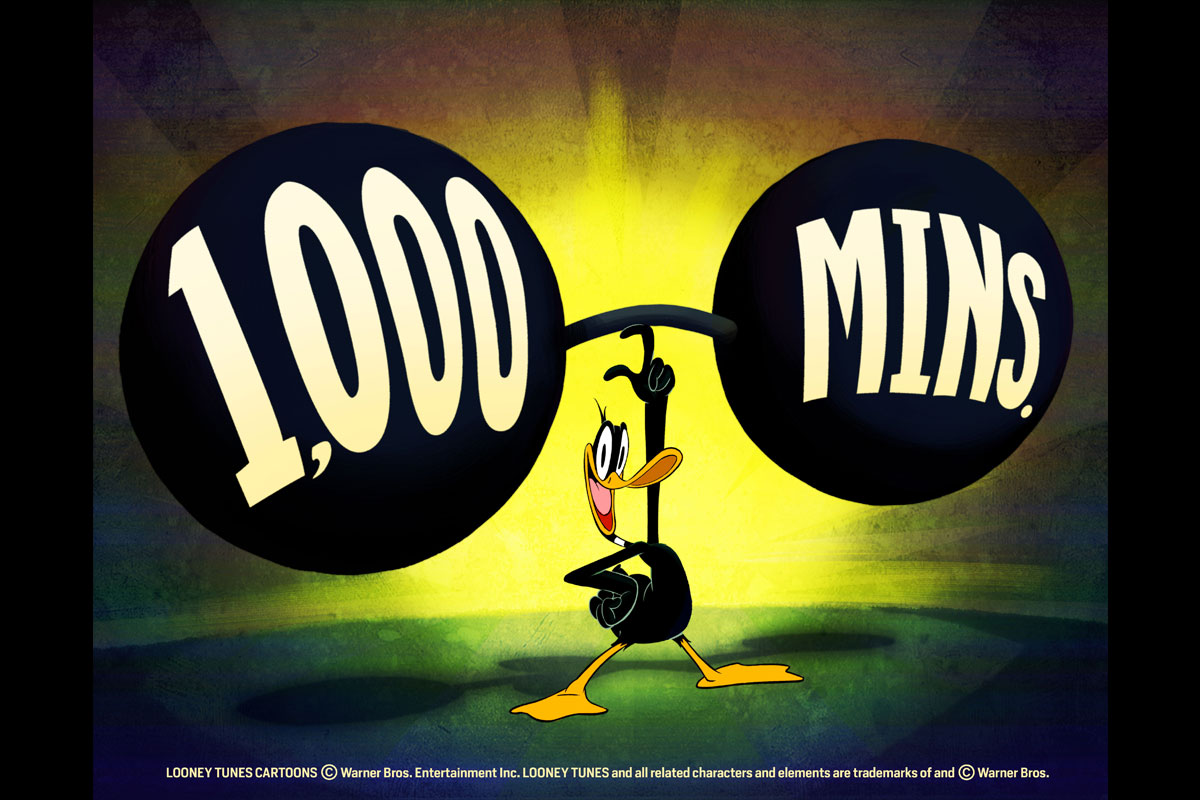 The first title introduced at the program was a revival of the legendary cartoon masterpiece, Looney Tunes, and it will be titled Looney Tunes Cartoons. Peter’s primary vision of the project was to bring the “Looney” back into the “Tune”.

He showed very expressive concept drawings of characters like Bug Bunny, Daffy Duck and Porky Pig by the cartoonists in the team. One innovative idea of the show is that it will be a very cartoonist-driven series. Cartoonists can create a drawing that can inspire a gag, or even an entire full cartoon. He scouts social networking service Instagram for new cartoonists to join the project. He also fully emphasized to the artists the importance of drawing with form, and showed model sheets of Looney Tunes Cartoons characters that included form breakdowns.

He showed an animatic of one of the episodes: The Curse of the Monkey Bird. The audience was roaring with laughter throughout the animatic, and we felt the whole thing was really pushed to the edge as much as possible, and there is no doubt that audience felt like it contained the spirit of the original cartoon series.

Each cartoon will vary from one to six minutes in length, and they will produce 1,000 minutes of all-new Looney Tunes Cartoons animation that will be distributed across multiple platforms – including digital, mobile and broadcast – in 2019.

Teen Titans Go! To the movies

From the globally popular DC Entertainment and Cartoon Network’s animated TV series, Teen Titans Go! will have its first feature film. In this movie, the Teen Titans notice that every superhero has their own movie – except their own.

You can expect a much more theatrical experience to this film over the TV series. Peter particularly noted that in the original TV series, the backgrounds were done with vector graphics in Adobe® Illustrator®. In the new featured film however, the background will feature more hand-painted backgrounds with a much more dramatic composition.

He also mentioned that the film will have a large emphasis on the music, featuring a wide variety of music styles, such as EDM and Rock.

Warner Bros. has granted the development team their entire IP library for use in the film, so be sure to expect a lot of cameos.

The new film is set to release on 27th July, 2018, and will be distributed worldwide by Warner Bros. Pictures, a Warner Bros. Entertainment Company. 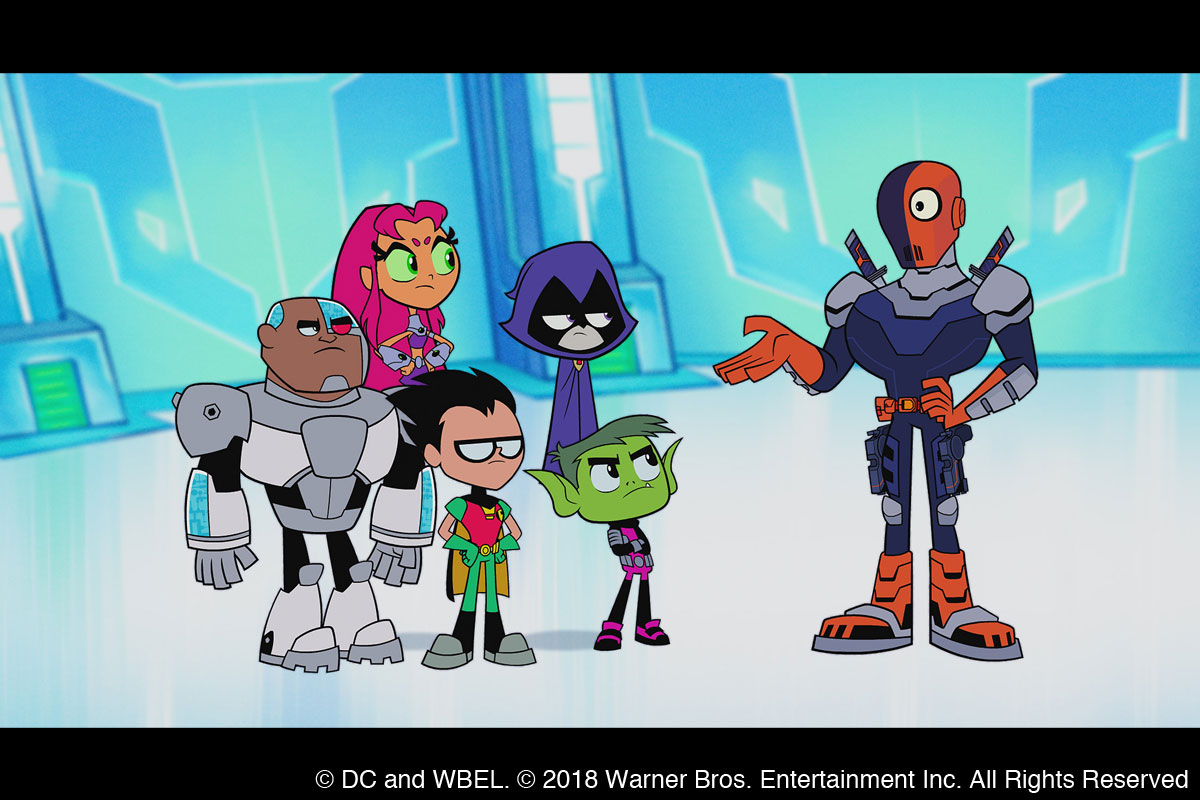 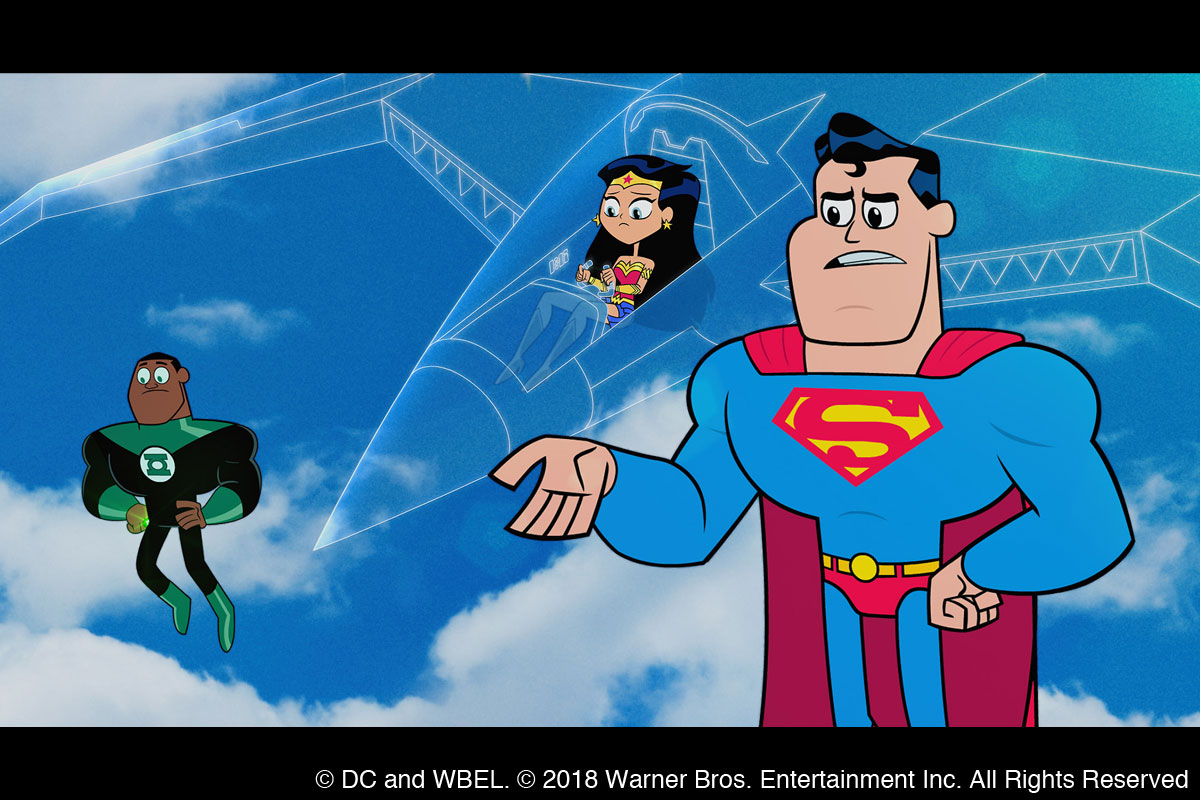 The Lego ® Movie 2: The Second Part

Jinko introduced the sequel of the beloved The Lego® Movie (2014). Phil Lord and Christopher Miller handed over the baton to Mike Mitchell to direct the sequel (Phil and Christopher are still taking part in the film project for screenplay writing and producing). Jinko mentioned that one of the characteristics of the film project is the participation of talented female creators such as Trisha Gum (co-director) and Kristen Anderson (art director).

“The LEGO® Movie 2” reunites the heroes of Bricksburg in an all new action-packed adventure to save their beloved city. It’s been five years since everything was awesome and the citizens are facing a huge new threat: LEGO DUPLO® invaders from outer space, wrecking everything faster than they can rebuild. The battle to defeat them and restore harmony to the LEGO® universe will take Emmet, Lucy, Batman and their friends to faraway, unexplored worlds, including a strange galaxy where everything is a musical. It will test their courage, creativity and Master Building skills, and reveal just how special they really are. 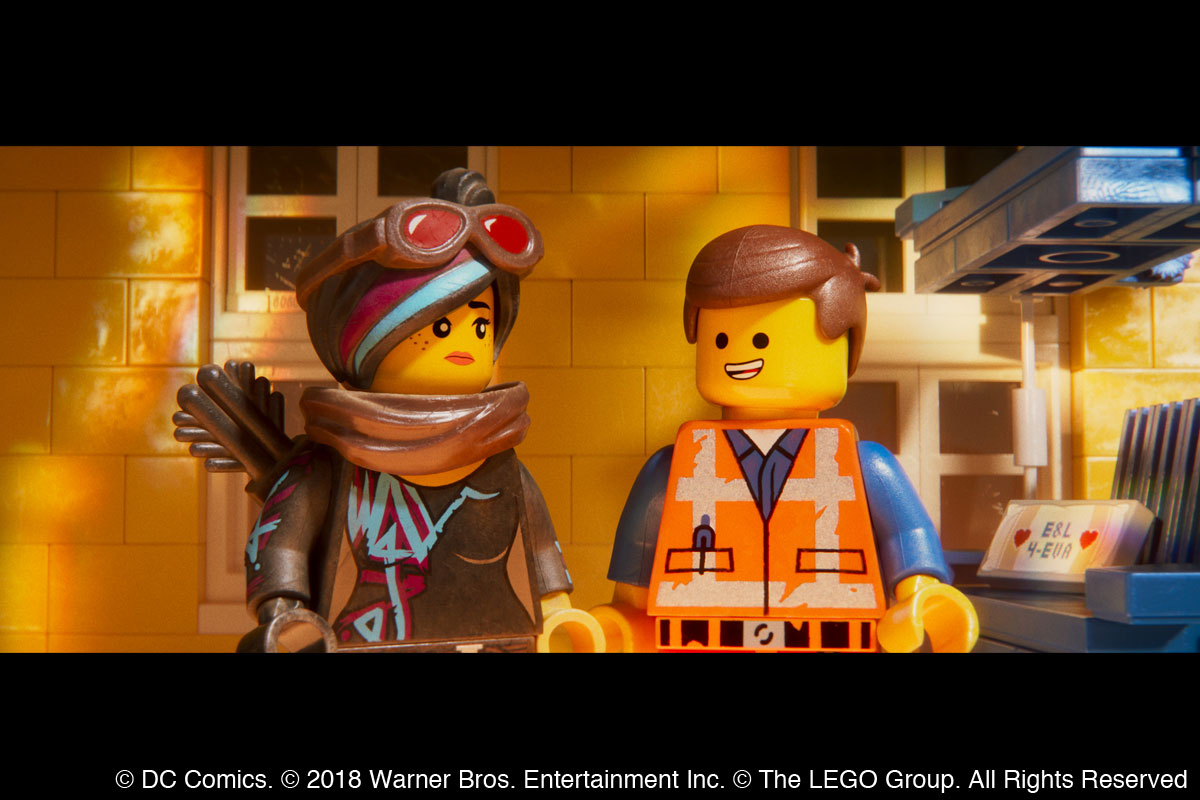 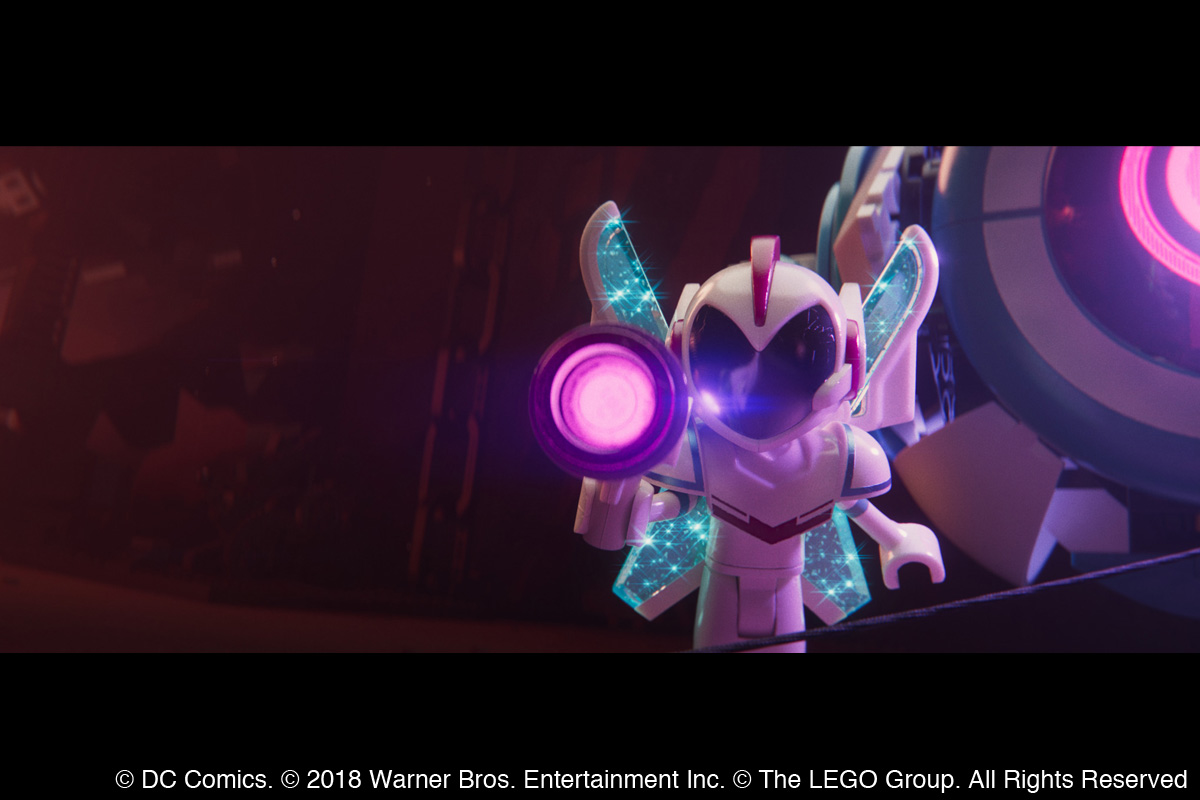 The very talented Karey Kirkpatrick introduced an original IP to be released as a feature film: Smallfoot. He is the director, screenwriter and songwriter of the film. It is a story about a funny role-reversal of yetis and humans: A yeti, Migo, descends from the mountains, and discovers a creature thought to be a tale of myth by the yetis: A human.

Karey explained that one of the technical challenges was creating realistic snow and fur of the yetis, and a more efficient rendering method was achieved for that. Even so, it takes 200 hours to render a single frame. Then the audience enjoyed a clip from the film, a scene which Karey put a lot of humor into. 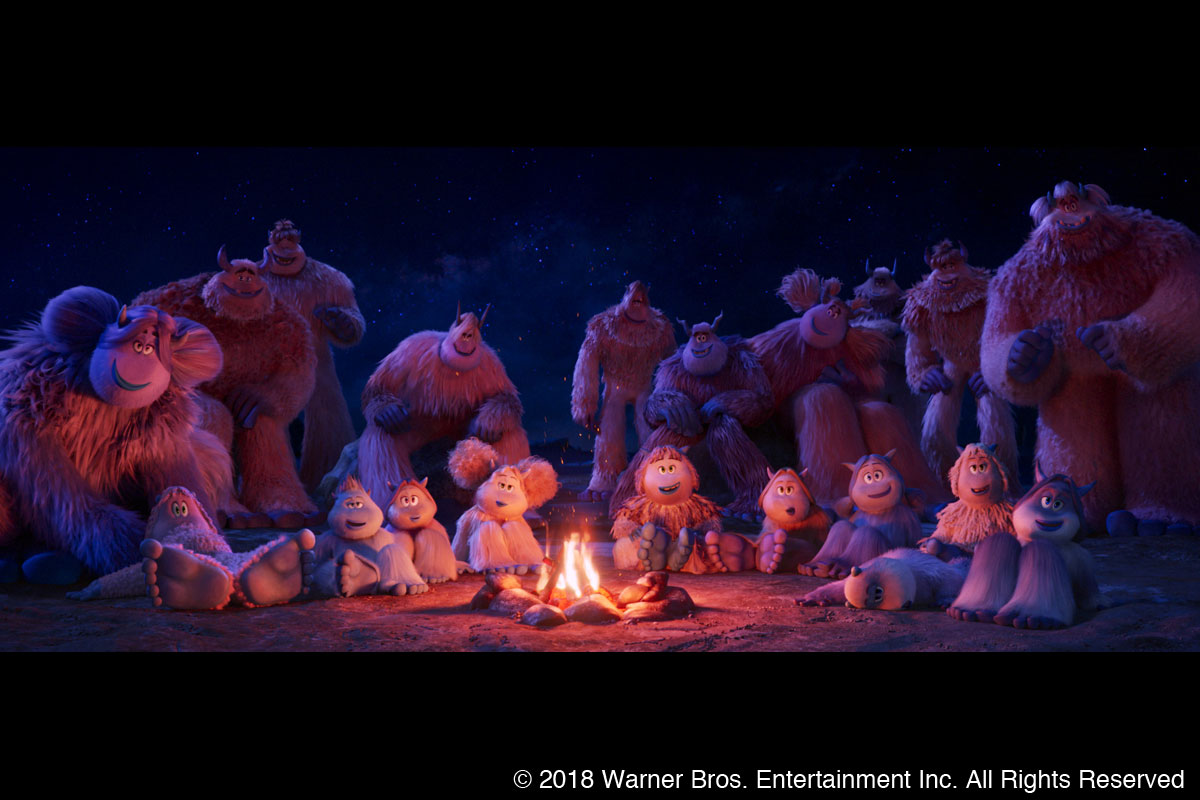 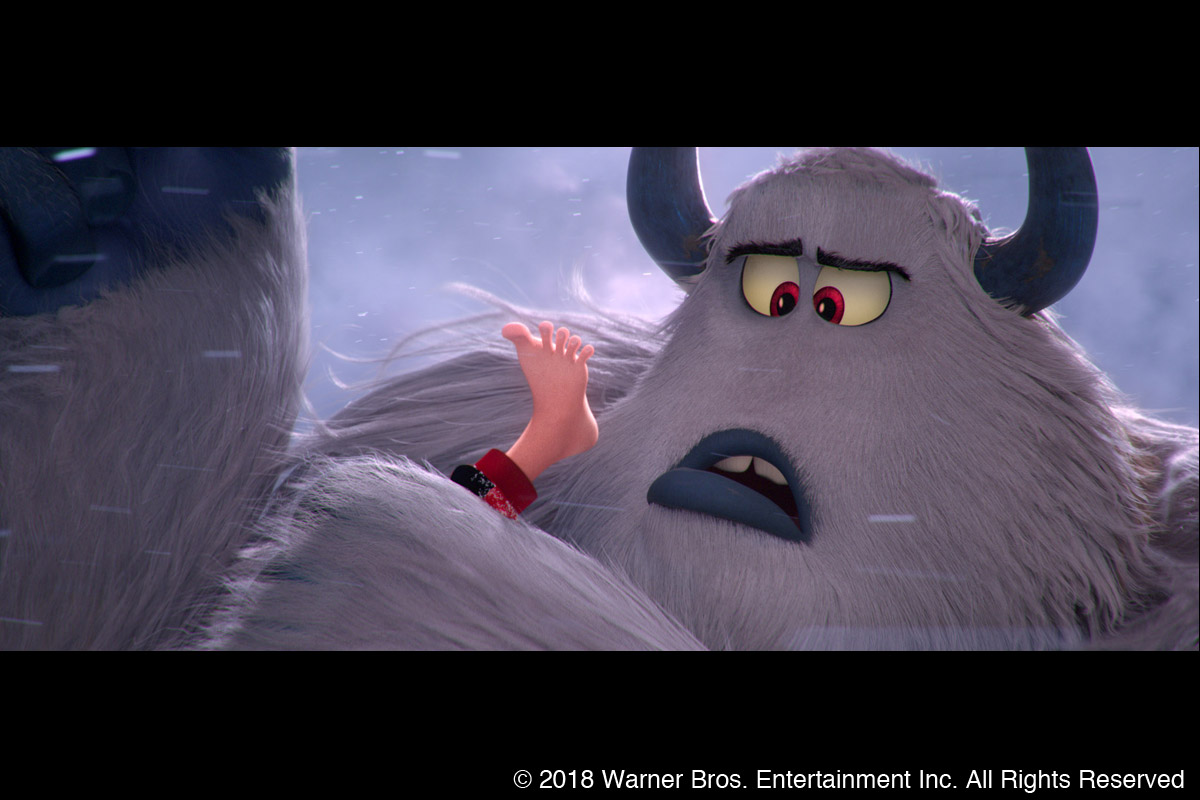