Victorian London in the late 19th century. The city is known for its contrast of extravagant wealth and abject poverty. One night, Lone, a seven-year-old orphan who is captured and hidden in a cell to be sold, has an unexpected encounter: Mary, a prostitute who becomes his only hope of starting a new life. But fate has other plans for her, when Jack the Ripper crosses her path converting Lone into the sole witness to her brutal murder. Soon, he is rescued by a group of traveling comedians: Oldie, Giant, Doc, Bearded Lady, Mute and Ballerina, who tell him about the dark and light of life and help him to solve the most famous case of all time. 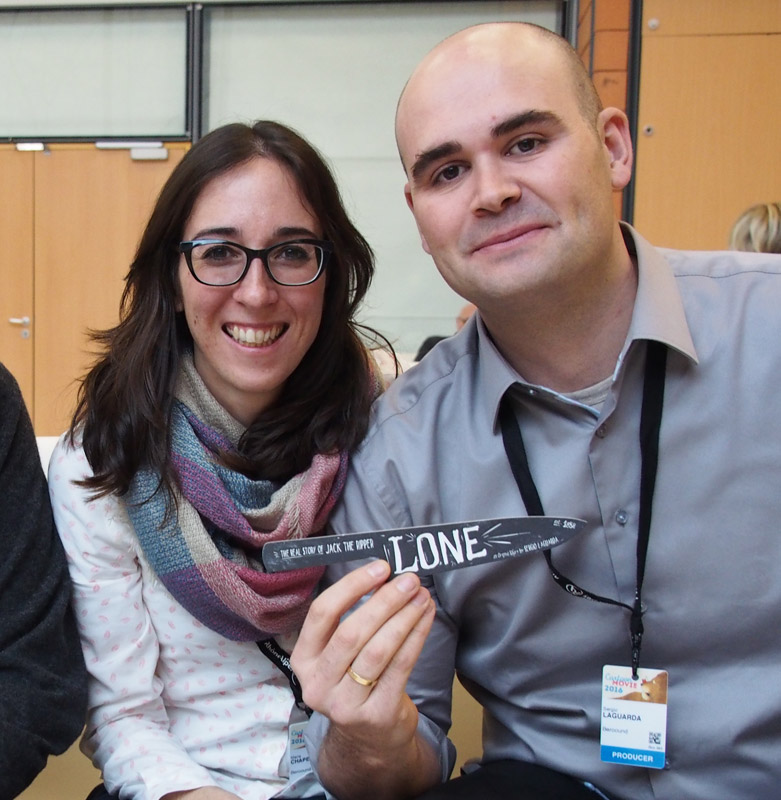 If you became the sole witness of ‘Jack the Ripper’, who was the most horrified serial killer in Victorian London, what would you do? Sergio Laguarda, the producer and director, says that it is the question that led to his original creation of the featured film Lone. It is a story of a seven-year-old boy named Lone, an orphan, who became a witness of the true identity of Jack the Ripper. With support of travelling comedians who are a family and have different skill sets, Lone starts the investigation and adventures across foggy London in the Victorian era. Laguarda lends a fresh perspective to the story of Jack the Ripper with the theme of ‘hope’, and formulates new possibilities and narratives as family entertainment supported by his substantial and meticulous research on the subject.

Charles Dickens as an inspiration

You may wonder how ‘hope’ could exist in the story based on Jack the Ripper. For Laguarda, Charles Dickens is his inspiration for his approach to Lone. Charles Dickens is one of the greatest novelist and known for Oliver Twist, Great Expectations, and A Christmas Carol to name a few. He was one of the first to shed light on the underclass and the poverty in Victorian London, but yet never forgot the humor and hope in his storytelling.

Laguarda says: “Charles Dickens told us about hard times and ‘hope’ in the Victorian era through his works which combined fiction, reality, and a lot of sense of humor. I would like to tell the story like him. If you are presenting the story of poverty and misery in a very hard time, you have to talk about hope in the end of the day to give people the strength to live.”

He continues: “I want to make people aware that people have hard times, but you have to fight and overcome your fears. Charles Dickens said ‘Man never knows what he is capable of until he tries’. I remember my father always said to me, ‘Come on Sergio. Go for it’. So this is what I would like to do through this film.”

The start of the project

The first idea of the project Lone came from Laguarda’s degree work when he was studying at the University of South Wales in Newport, UK. He restructured the whole story line of his degree project that was developed five years ago to make into a featured film.

“The best story has reality and fiction”

Laguarda’s inspiration and idea were developed into a full length animated film by his extensive research. He has been researching and compiling many things related to Jack the Ripper for his film since 2001. His research on the diary of Jack the Ripper, his visits to such as White Chapel area in London, dungeons of London, and the home of Charles Dickens form a strong basis for his world of Lone.

“My main research came from the diary of Jack the Ripper. For example, he writes about what the day was like when the victim Mary Jane Kelly died. I also visited second-hand book shops where I bought many books related to Charles Dickens and Jack the Ripper. I read all books I found which relate to Jack the Ripper. I have all these kinds of information. Then I put all the research outcome on a table to decide what I use and to plan the structure of the whole story line. We are talking about real people, all the victims and Jack the Ripper as real. For me, the best story has to have reality and fiction.”

The visuals Laguarda developed match the story of Lone that took place in the Victorian era. It is not only well refined, but also gives us a mysterious feeling. He explains that his visuals for the world of Lone were in his head from the beginning, yet he did a lot of research to bring reality to the images of the characters.

“For example, I did a lot of research about real comedians in the Victorian times to depict traveling comedians who are depicted as fiction. I am also a big fan of Italian dark comedies such as the film and novel book Scaramouche that talks about the Commedia dell’Arte, with its famous pantomime characters Arlequino, Polichinella, Colombina, Pantalone, Scaramouche, etc. I have many things based on reality that influenced me for the creation of visuals. I really want to have something original and appealing so that I took reality and transformed that.”

This is not going to be another typical horror film of Jack the Ripper. It has an essence of a good adventure story and humor as Laguarda tries to achieve, following the footsteps of Charles Dickens. It may sound like a difficult challenge to make an animated film for a family audience with a story based on Jack the Ripper, but what he presented through his research, creativity, imagination, and most importantly passion, is all promising.

He shows the power of animation and illustration. You can create your own world from scratch to match your story and imagination with animation. That is the beauty of animation and he embraces its power beautifully.

We are looking forward to that Laguarda’s great imaginative world mixed with reality come to life. We hope that we all can join Lone’s adventure in Victorian London one day and have hope for tomorrow even when you witness the worst man in history.