Kubo and the Two Strings is an epic action-adventure set in a fantastical Japan. Clever and kindhearted Kubo ekes out a humble living, telling stories to the people of his seaside town including Hosato, Akihiro and Kameyo. But his relatively quiet existence is shattered when he accidentally summons a spirit from his past which storms down from the heavens to enforce an age-old vendetta.

Now on the run, Kubo joins forces with Monkey and Beetle and sets out on a thrilling quest to save his family and solve the mystery of his fallen father, the greatest samurai warrior the world has ever known. With the help of his shamisen – a magical musical instrument – Kubo must battle gods and monsters, including the vengeful Moon King and the evil twin Sisters to unlock the secret of his legacy, reunite his family and fulfill his heroic destiny.

Kubo and the Two Strings, now in the UK cinema, had its Swiss (German) premiere at the Fantoche International Animation Festival, held from 6th to 11th September in Baden, Switzerland. Kubo and the Two Strings is a Japanese mythology based action-adventure, which centers around a clever and kindhearted boy named Kubo, who sets out on a thrilling quest with Monkey and Beetle to save his family and solve the mystery of his fallen father, the greatest samurai warrior. It was produced by the animation studio LAIKA known for Coraline (2009), ParaNorman (2012) and The Boxtrolls (2014).

Mark Shapiro from LAIKA shared an insight of creative process of this epic film during the session of “Making of Kubo and the Two Strings” on 9th September during the festival. We caught up with Shapiro after the presentation to hear about how this well-crafted film with full of adventures came to life.

Animationweek (AW): How did you decide to make a new film with the Japanese story?

Mark Shaprio (MS): The director of Kubo, Travis Knight spent time in Japan as a child and was immediately taken by the culture, the beauty and the rich traditions of the country. He wanted to marry those ideas, visual references and his love of stop-motion into a deeper story.

AW: Where does the initial idea of the story come from?

MS: The director and the screenwriter wanted to expand upon on that theme of beauty, intrigue – and an epic adventure.

AW: The universe and the story are situated in Japan and based on Japanese traditional culture and thinking. What kind of research did you do?

MS: The extensive research was a wonderful part of the making of the film, in order to honor Japanese tradition and culture. Every idea and every visual had to come from a place of authenticity.

Synthesis of stop motion with 3DCGI

MS: The collaboration was in the details; it is the synthesis of traditional stop-motion with cutting edge visual effects. That created the moving epic – along with the puppets, intricate handmade costumes and artistic sets. All of those elements working in concert creates the inherent on-screen beauty one frame at a time.

AW: How many animators did work simultaneously?

MS: We had thirty animators but over 400 people on the production doing everything from building puppets and sets to conceiving and creating the massive archives of visual artwork: storyboards, armatures, costume design and fabrication…

AW: Before it is animated, was the vision of the world already developed?

MS: Ultimately, the world is conceived and developed by the director, producer, artists and the production design team. Together they develop the look and the feel of the characters and the environments.

The beauty of background art

AW: The background art is very beautiful and magnificent. The scene of the sea was amazing. Could you let us know how you created the background art? What were the difficulties and challenges to create them?

MS: The background visuals have to be as beautiful and accurate as the foreground artwork. Background art needs to be rich in a rich environment, needs to be stark in a stark environment and it needs to be playful in a playful environment. Every part of that is challenging. The accuracy, the timing and the technique all has to be specific. 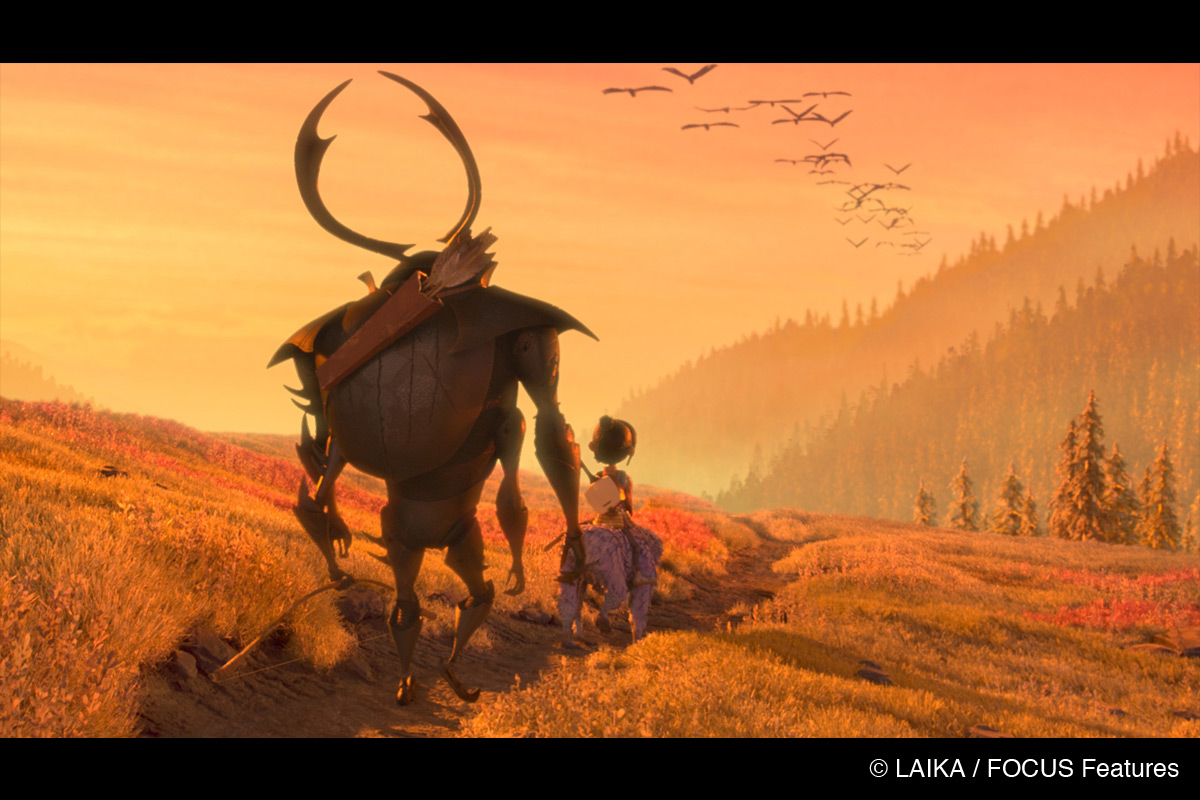 AW: How did you develop the music? In which stage of the production did the composition of the music happen?

MS: The music has to seamlessly tie into every element of the story itself. It must poetically move scenes in concert with the film. The team works with the composer to determine the proper integration of the right music and tone for each particular scene whether it’s an epic opening a battle, a conflict… music should reflect and embrace the animation within the story.

Ultimate experience in the theatre

AW: Could you please let me know what you want the audience to enjoy most or look at in the scenes or this movie?

MS: Personally, the most important thing is the story and how it moves and evolves. When you get caught up in the story and the characters, you care! When you care about things and when you FEEL moments and impact within scenes – that matters. I want people to be excited about the experience in the theatre a day later, a week later, a month later. I hope they are still thinking about how the movie plays in their mind. I want it to be unforgettable, to have it strike them as an epic journey, a transcendent story with wonderful characters and breath-taking visuals.