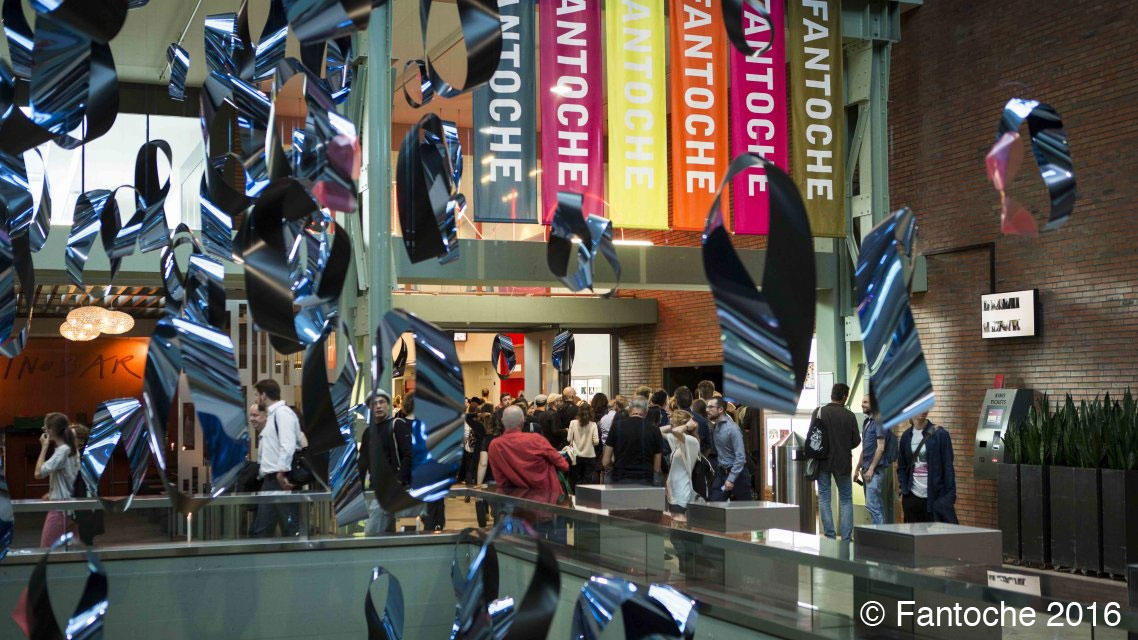 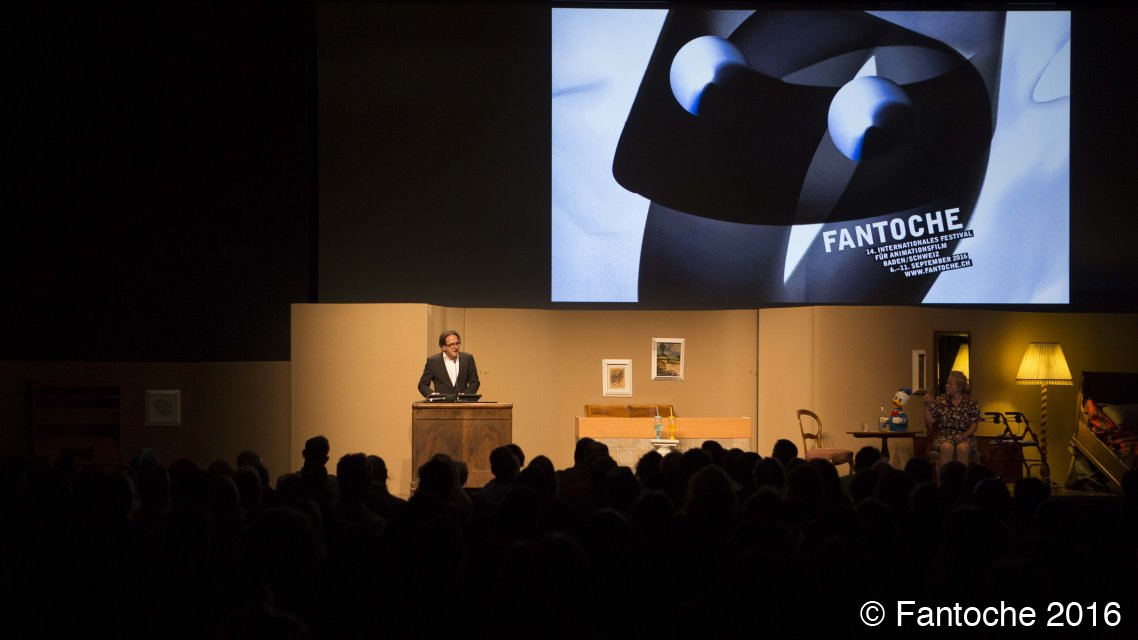 Fantoche, the 14th edition of the international festival for animated films, was held from 6th to 11th September in Baden, Switzerland. Throughout the festival, 14 feature films were premiered and 321 short films from 23 countries were screened in across 6 different theatres, which counted about 24,000 entries. A variety of workshops and exhibitions were all appreciated by festival attendees. Among the premiers of feature films, Ma vie de Courgette and Kubo and the Two Strings were the most popular screenings, according to the festival. 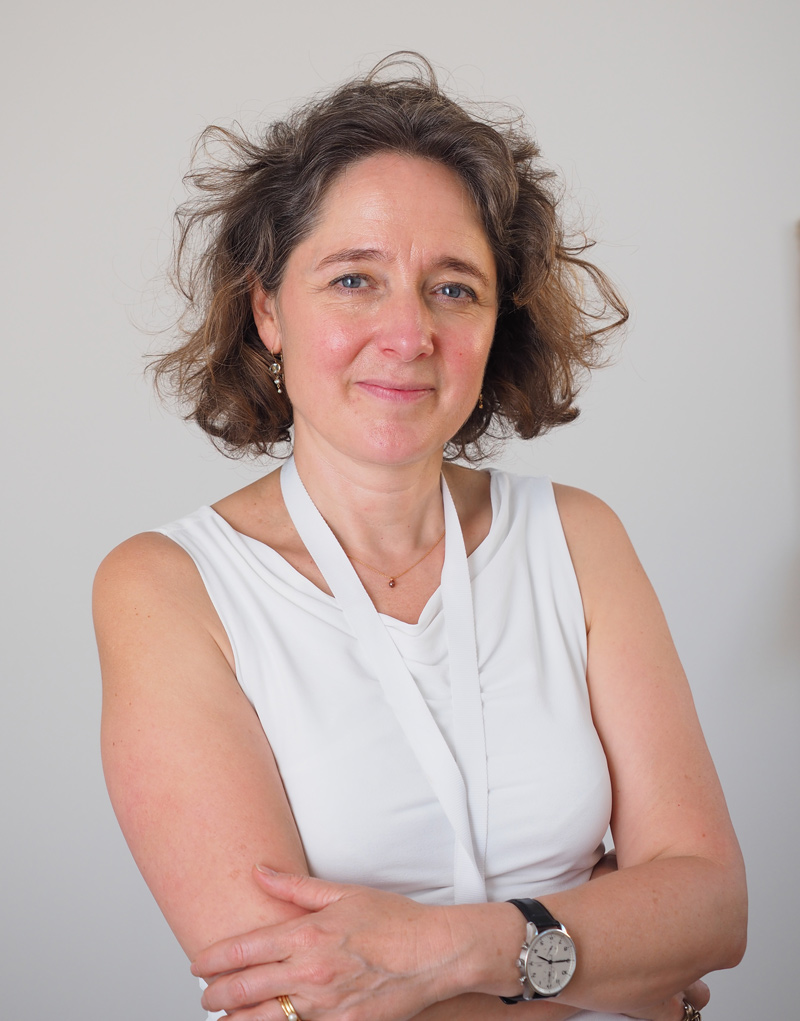 If you go to Fantoche, two things you notice is the diversity of quality films presented, and the intimate atmosphere. Annette Schindler, the festival director, says, “People really do appreciate that. They like to come here because they know that they will meet lots of other artists, filmmakers, and so on. I’m really happy that it works so well to create this atmosphere in this lovely city.”

To have this intimate yet high-standards atmosphere, the festival has a strict selection of the films as Schindler states. “It’s true that we are quite strict. We require a very high level of quality in a professional sense. The audience really appreciates that, which is interesting. The audience loves our competitions and we are able to sell many tickets for it. The same is true for the feature films.”

The festival pays attention to the details that make the festival friendly to everyone. This care helps meet the needs of a diverse audience, from children, families, and students to professionals, who are all welcome to the festival. Schindler says, “For example, one thing that we do, which not many festivals do, is providing the information of the recommended age suitable for each film and film programme at the festival. This certainly helps families in selecting programmes, along with text descriptions provided in the program.”

According to Schindler, the festival also seeks to do something new, but tries to make it recognisable as the same festival. “Since the beginning of the festival, our visual appearance is different every year, but within a recognizable format. Also, since many years we present new developments in technology, media and animation annually and show, which new fields animation is exploring.”

Short Animations as a Core of the Festival

Schindler says what is special about Fantoche among many festivals around the world is their focus on the selection of experimental and authorship work. “It’s the work where you feel that there is a soul, an author, a person telling a story.”

She also said that the festival is providing an important place for animators who want to try experimental and innovative projects. “We’re also interested in filmmakers experimenting with the material of animation, particularly the visual and audio elements, how they connect and drift apart or overlap with visual language, how you can form and develop visual languages, and really push it into the experimental fields. I think this is quite specific about Fantoche. Filmmakers that are courageous, that are innovative, that are bold; they have a very good place in Fantoche; we take care of them; we want to have them here.”

For the first time in this year, the festival presented a “Hors Concours” programme. This is to showcase short animated films that carry especially engaging stories, controversial political statements, and demonstrate technical innovations.

Schindler explains the aim of the programme, “’Hors Concours’ serves to give the audience a wider choice of films from the entries, beyond the competition, such as narrative films, political films, films that have a specific message.”

The “Humanité Animée” programme brought together the most significant questions about humanity and showcased perspectives from the 21st century in five short film programmes, two feature films and an accompanying exhibition.

In addition to the competition of short animated films, the festival has good screening programmes of animated features. They screened a wide range of features such as Ma vie de Courgette, Cafard, Ghost in the Shell: The New Movie, Kubo and the Two Strings, La jeune fille sans mains, La Tortue rouge, and Louis & Luca – The Big Cheese Race.

Schindler explains that their screening of feature films is not a competition. “We select the films that we want to show. We don’t focus so much on purely commercial films. What’s important for us is that the films have personality and charisma.” 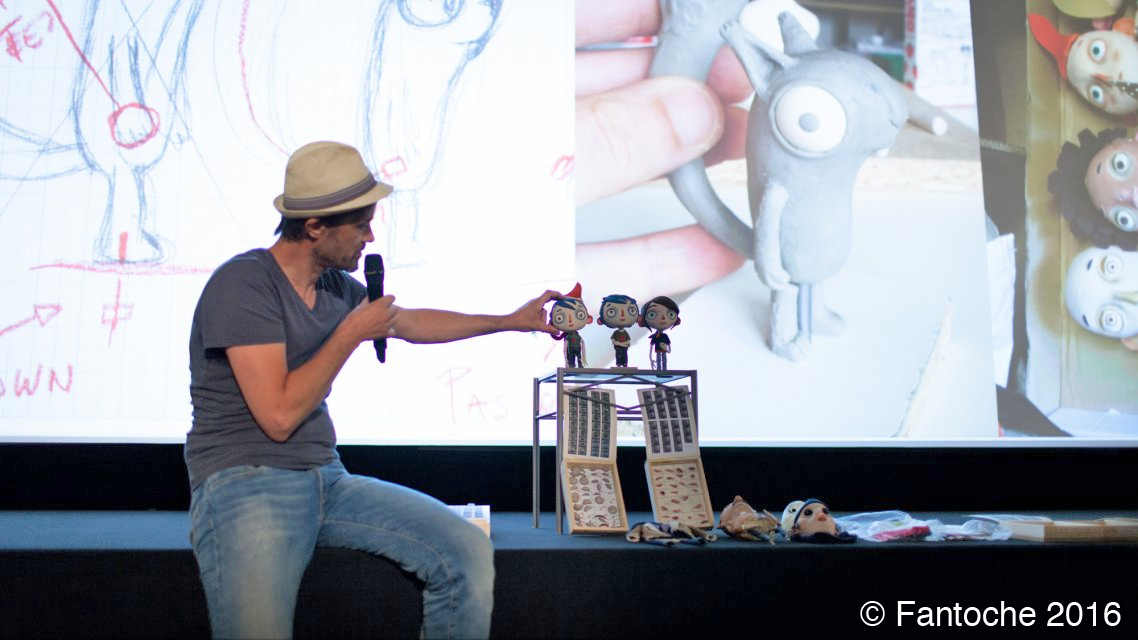 Giving an Opportunity to Children to Learn the Diversity of Animation

For the festival, it is important to encourage children to see different kinds of animation. Schindler says, “For us, it’s important to keep a balance of these different groups. We always have films that are good for children or teens. We have large groups from schools that are coming and want to get to know animation. We want them to learn about independent animation and to know that there are other kinds of animation that are wonderful, really full of meaning, and full of emotions and can complement commercial animation which they see online or on TV.”

Children are given a chance to be a jury to select the film that they like. Schindler continues, “We have a competition programme in which only the children in the audience can vote for their favourite film. It’s important to tell all the participating children that they can judge whether it is a good film or not.” 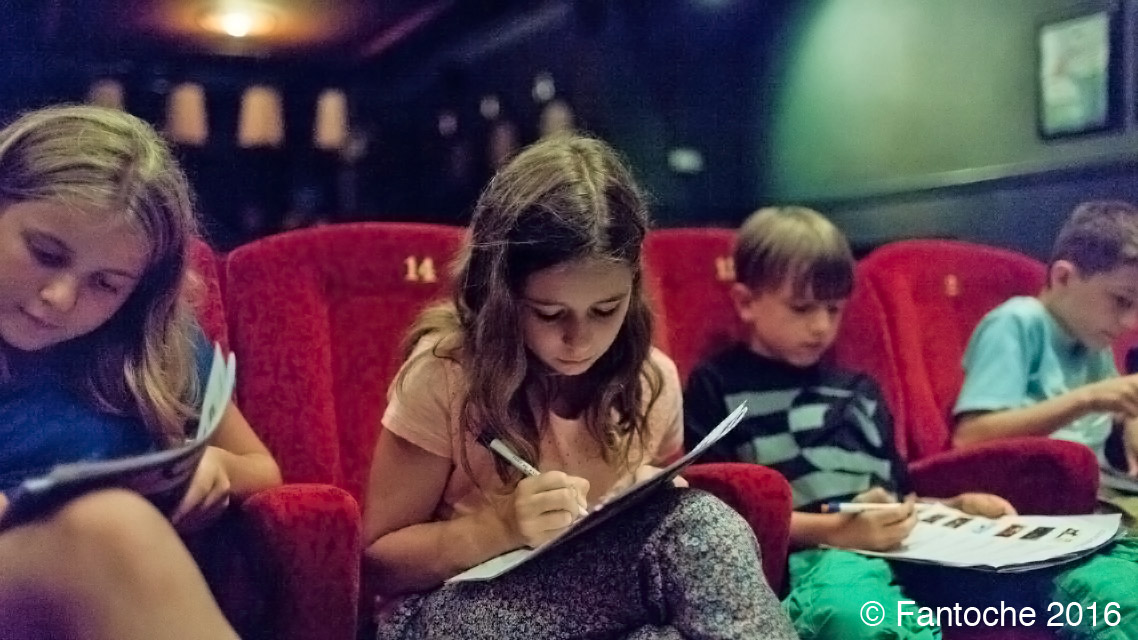 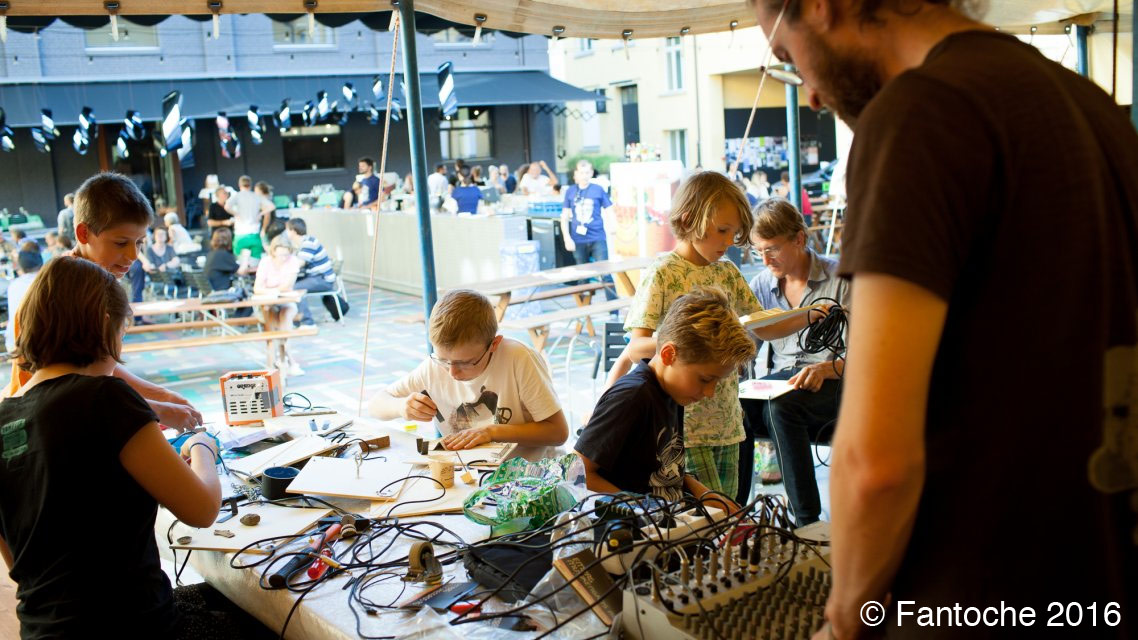 The festival offers a very special experience to the general audience in addition to the screenings of the films. Schindler tells, “The benefit for the general audience is to meet the film-makers and listen to their presentations. You can hear them talk and ask them questions in person. The festival is a privileged place to make such encounters possible. It’s important for us to be a place to raise awareness to the audience that seeing films is just as interesting as learning about the filmmaker and the great experience of the production process behind the films.”

The festival also has a big programme dedicated to professional filmmakers, which is called “Industry Day”. The programme in this year has been expanded to incorporate wider topics, and has enabled the professionals to get in contact with its commercial players such as Swisscom, FREITAG or Stories AG, who made an appearance. The presentation of Simon Otto, Head of Animation at DreamWorks, was one of the popular sessions.

“Animation goes Multimedia” was designed by two curators: Ana Ascencio, jury member at Fantoche 2015 and curator of Mapping Festival in Geneva, and Manu Weiss, Swiss animation filmmaker. They have chosen projects and works from the worlds of Virtual Reality and 360° technologies. 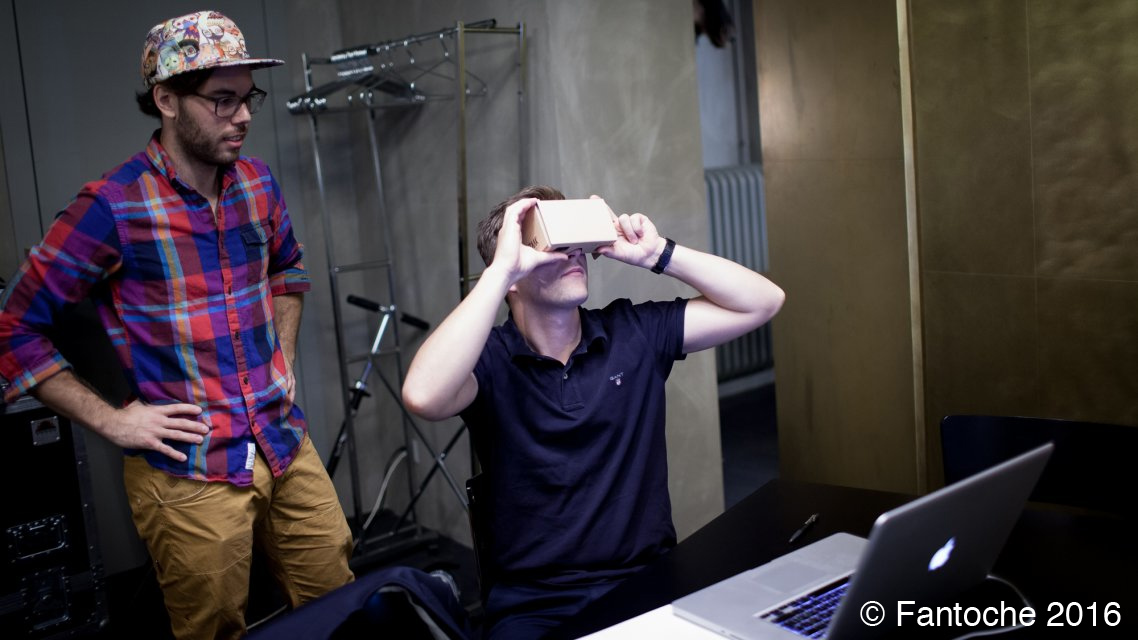 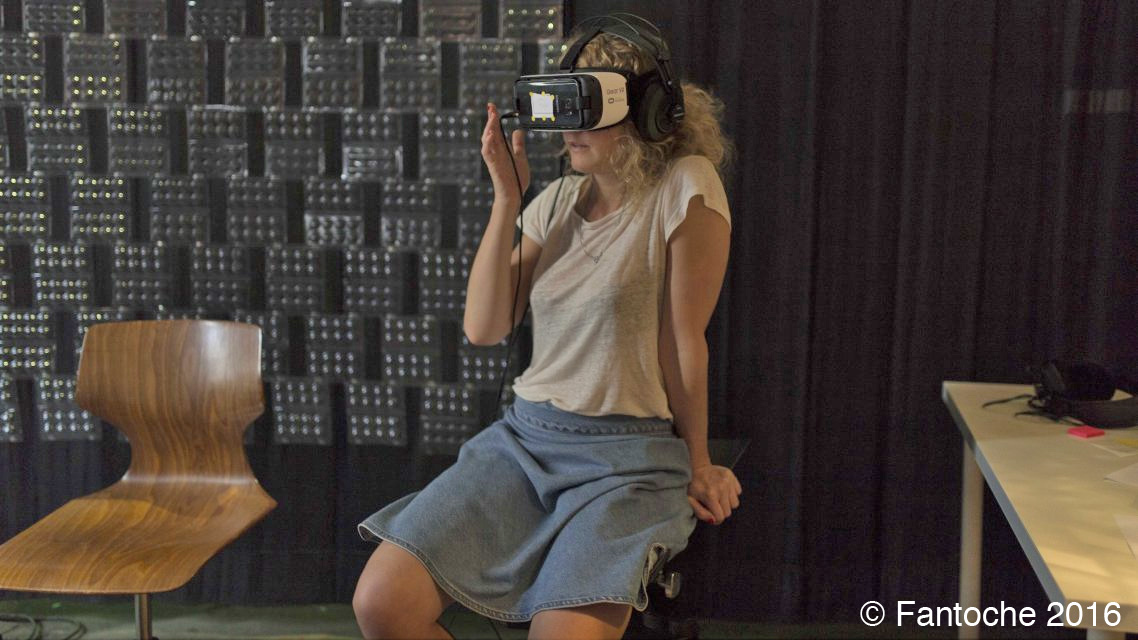 Increase in the Number of Quality Animations from China

Schindler describes that one of the noticeable trends in this festival is the increase of high quality Chinese films. “Chinese films are starting to become more interesting. This year, we have three Chinese films in the international competition. I think that an incredibly strong dynamic is really starting to show in these films. I am happy to have them here present at the Festival and curious to know how the audience likes them.”

The 2016 edition of the festival ended successfully in terms of media response and audience. Schindler talks about the future of the Festival. “We would like to keep this at an international level and expand to have more of the filmmakers present, specifically for the professional activities.”

Another program that she would like to develop is how animation would expand beyond the cinema screens. “There are still many places where animation can expand. This year we showed 360° and VR animation, three years ago it was motion comics and augmented reality, which today we apply in our own programme. We keep searching for new development potential in animation.”

Best Film in the International Competition

“Before Love”
by Igor Kovalyov