Guest Editorial/Issue 05: Animation from around the world – 2017

What has been going on in the Ukrainian animation over 90 years?

To answer this question I will take as a basis the real present case, which is our new project. 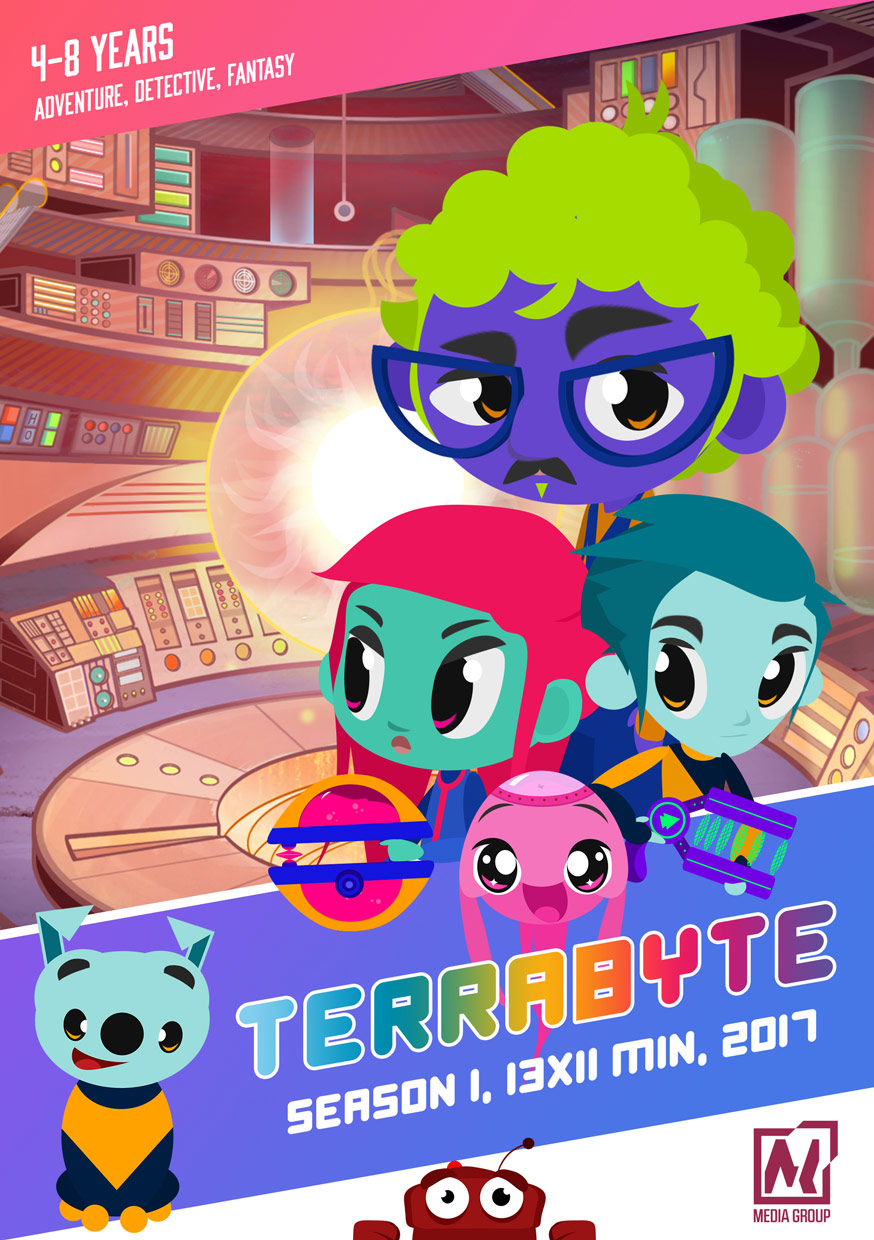 Our MeetMinds Studio production (one of the companies in MK Media Group) about a year ago started producing TerraByte, a 2D animated film for children aged 4-8. Since then, we have created the Bible of 61 pages and immersed ourselves in the search for a co-production partner first of all in Ukraine. I really wanted to create an absolutely national product to take an active part in promoting Ukraine’s animation in the international market, where we have been selling educational, documentary and entertainment content for years.

MeetMinds Studio’s team is aware that the cartoon is a complicated project and we need very strong partners to make a high-quality product and be able to sell TerraByte internationally. The foreign market is very developed in the cartoon production and there is fierce competition. Therefore, we started a rigorous research of the national market. We held a lot of meetings; I think that we have covered our market by 90%, so we can have a general picture of the state of animation in Ukraine. Despite the fact that this year the Ukrainian animation is 90 years old, most companies that theoretically could produce a cartoon do not have enough experience to create content of international quality. I am sure that it is a risk for any company to release a cartoon that would qualify for no more than the CIS market. Everyone realises that in these territories cartoons do not have any chance to pay off or even to reach the breakeven point. However, after meeting our prospective partners, I saw the other side of the coin – many have a great desire to develop this direction, work day and night and enter other markets. For this, we all need to expand our horizons and learn. At the moment I see the only qualitative way out – to co-produce with foreign companies experienced in creating and promoting cartoons. The experienced studios already have established regular customers – broadcasters, who are able (given the large budgets of the cartoon production) to afford a new cartoon; they either invest in a project money or contribute by doing part of the work (more often); such studios are also supported by the government and trusted by customers. If such a production studio signs a contract with you, it is 50% of the project’s success, as they definitely do not start on failing cartoons. But in order to become a partner of such a company it is necessary to turn away from more than one stereotype and to break through the Chinese wall of distrust.

Today it is difficult for Ukrainian companies to find such a partner. For example, MK Media Group has many international clients and contracts with them, but nevertheless, it is hard for us to find a co-production partner now. There is absolutely no confidence to our animation market and, as a consequence, it is necessary to break the ice of this distrust for a long time. Now we are nurturing a special manager who is exclusively engaged in searching for co-production and broadcasting partners for new projects. He approaches this issue thoroughly, after deep analyses of the markets and the idea/concept of the project, its Bible created by world standards and the trailer. We also adequately assess the possibilities of Ukraine in the field of 2D and 3D animated cartoons. In my opinion, here is a list of what our market can do at a good level:

– to develop an idea;

– to do voice acting cooperating in this direction with international companies;

– to do animatic, colorization, clean up, sound design and sound mastering.

To do everything else, we need to learn from the partners while making joint projects, adopting their experience and passing it on to Ukraine. I would like to take this opportunity to ask foreign companies to give a chance to Ukrainian studios, as we have jumped far ahead in the past two years and are ready to go further!

I am confident that 2017-2018 will be a watershed for Ukraine in creating cartoons. In confirmation of this, Ukrainian animators have finally got state support – for the first time Ukraine is represented by a stand at the Annecy International Animated Film Festival, June 2017. The Ukrainian State Film Agency created a catalogue that with over 20 projects, including our 2D TerraByte series.

Also I would like to mention the animation heritage we have now:

Since 1967 – Cossacks, a series of animated films, the running time is 20 minutes.

2003 – The Tram was Going, Number 9, a plasticine cartoon (9.5 minutes), won the Silver Bear at the 53rd International Film Festival in Berlin.

2012 – Eskimo, the first 3D animated series (26 episodes x 6 min). Four seasons have been created so far; the rights to its display have been acquired by the TV channels of China, India, Canada and the USA.

2014 – My country – Ukraine, a plasticine 26-series cartoon. Also there were 4 episodes of The Adventures of Kotygoroshok and His Friends, while the plasticine stereoscopic 3D cartoon The Fish-Tailed Girl (15 min) became an international festival hit.

2016 – the first full-length 3D animation Mykyta Kozhumyaka (85 min) in Ukraine was shown in cinemas. Also there was the 2D animated series Cossacks. Football (26 episodes x 2 min) based on the series “How the Cossacks played football” 1970.

2018 – the premiere of the 3D Ukrainian fantasy film The Stolen Princess (85 min) is planned.

Considering our history of animation, we realize what content is now in demand and in what quality. We are aware of the mistakes, have received enormous experience and absorbed the opinions of experts by coming to many foreign markets. Ukraine is “in trend” and has a huge potential. Now we go in the right direction and are ready to make incredible unique cartoons! We will be happy if other foreign studios join us.

03. [Guest Editorial] Escape Studios: Training the Future of the Industry

08. “Made in Abyss”: behind the story of the masterpiece of the fantasy adventure