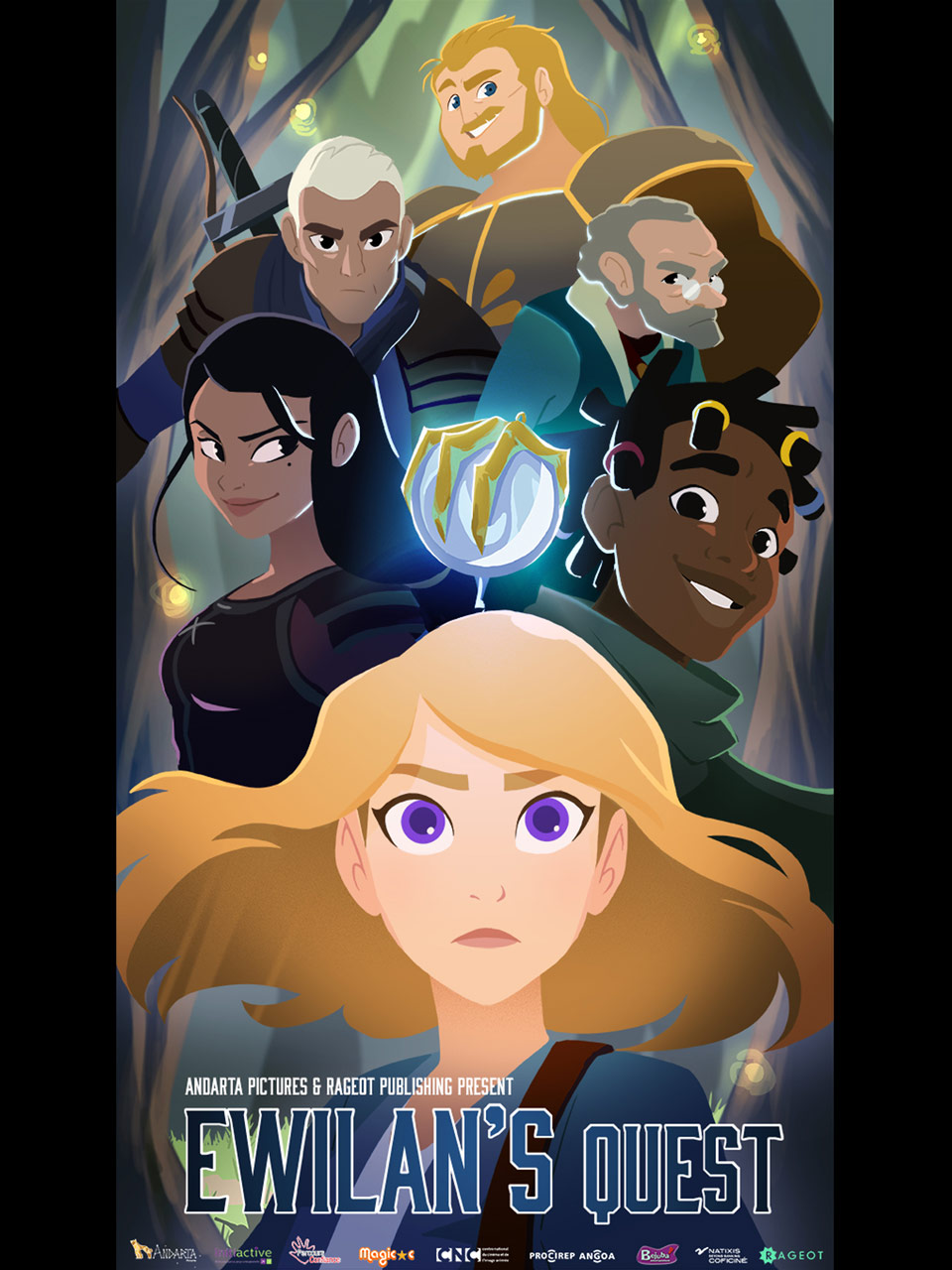 At just age 13, the life of an orphan named Camille takes a dramatic turn when she accidentally gets cast into the world of Gwendalavir. She discovers a world inhabited by creatures as extraordinary as they are dangerous. As she explores it with her friend Salim, she learns not only her true name, Ewilan, she also learns the truth about her roots and her destiny. 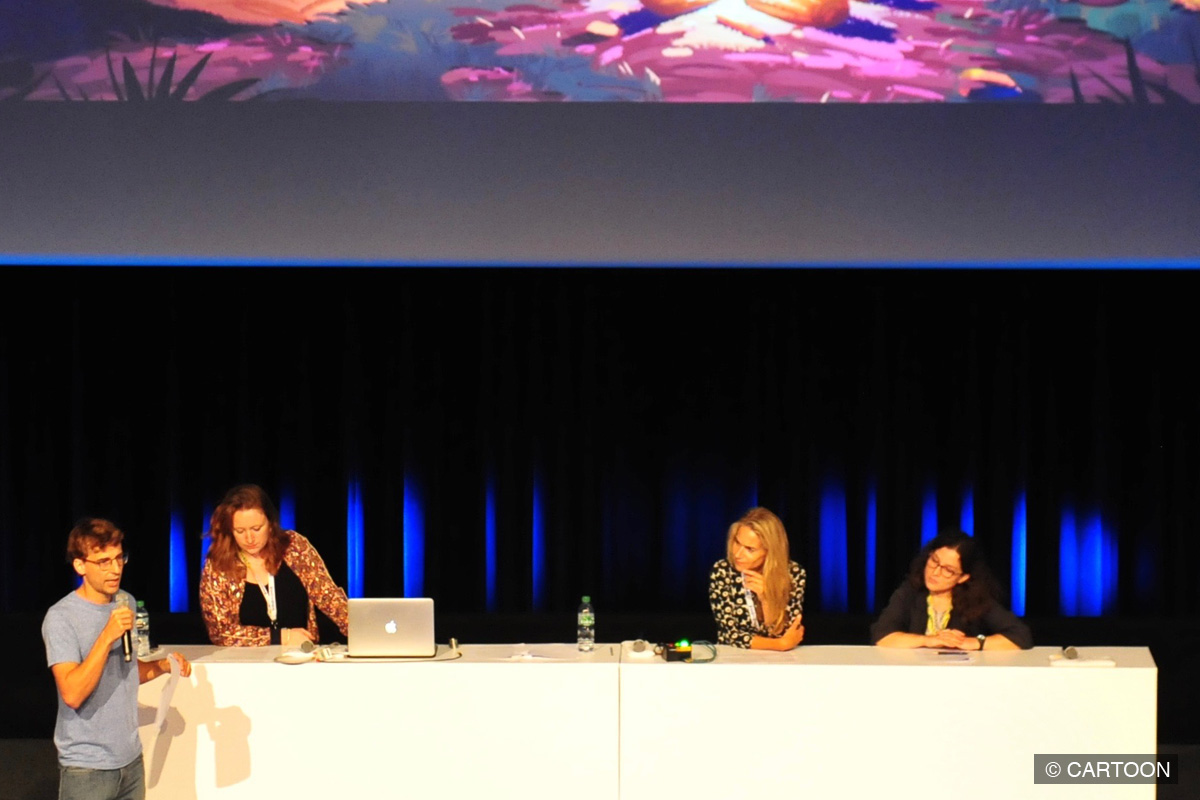 We’ve encountered an attractive trailer of a fantasy adventure animation series project, Ewilan’s Quest, during Cartoon Forum 2019. It is an animation series project based on La Quête d’Ewilan, a popular fantasy trilogy in France written by Pierre Bottero. We can expect a good adventure story in a traditional fascinating fantasy world. Here you can find the story behind the attractive project which we heard from the director and producer of the project.

Animationweek (AW): François, could you please let our readers know about the original novels? What is it about the novel the story is based on that attracted you the most?

François-Marc Baillet: The books were released in 2000 and I didn’t have the chance to discover the novel at that time. Despite being in the shadow of Harry Potter, they received a warm welcome from readers and we now know that it has marked a generation. Thanks to Andarta, I discovered this incredible quest.

I love telling stories of characters getting out of their comfort zones, because most of the time it’s really a discomfort zone. Camille / Ewilan wants to change her life; she doesn’t fit in this world and she has the strong feeling that she must live as something else, something better. To follow this young orphan, with her creativity and imagination, in her quest to discover herself, is truly inspiring.

I have an 8 year old boy, and as a dreamer he has some trouble finding his place in a rigorous school; for me he is a precious link to Ewilan. It’s difficult being an outcast, and telling this kind of story is perfect for inspiring kids. 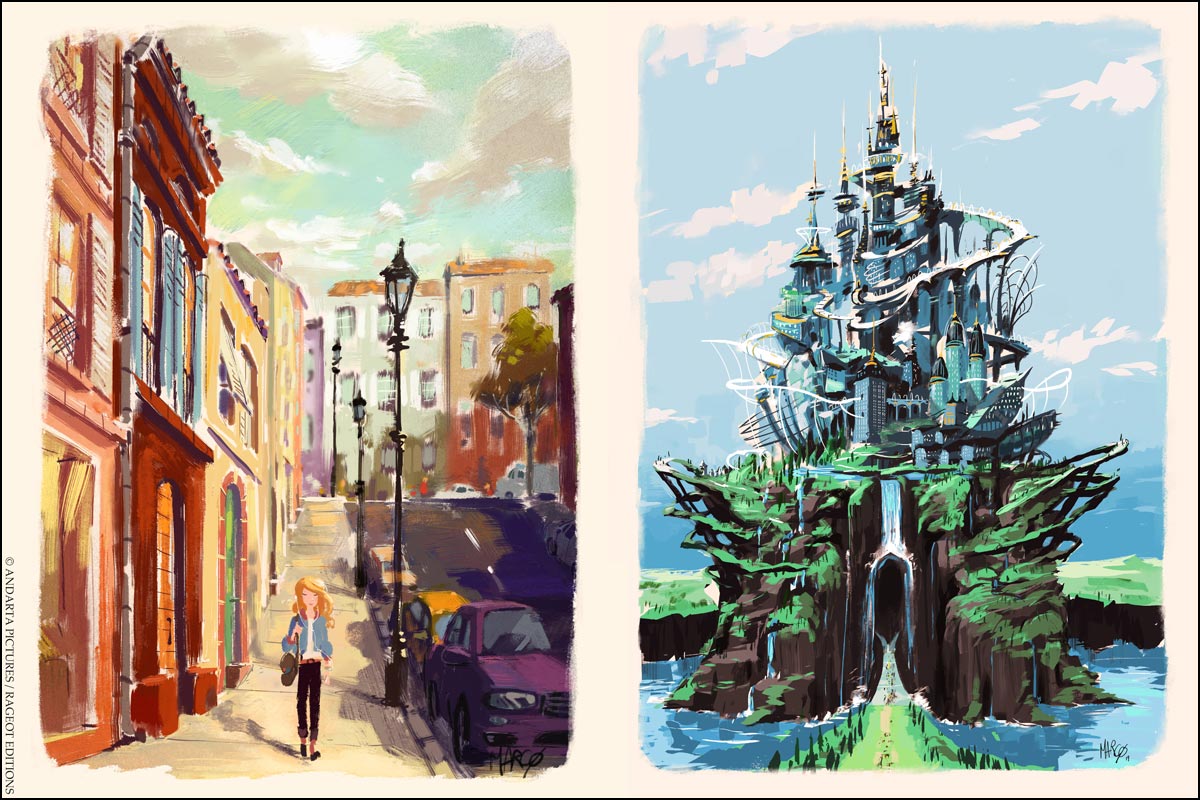 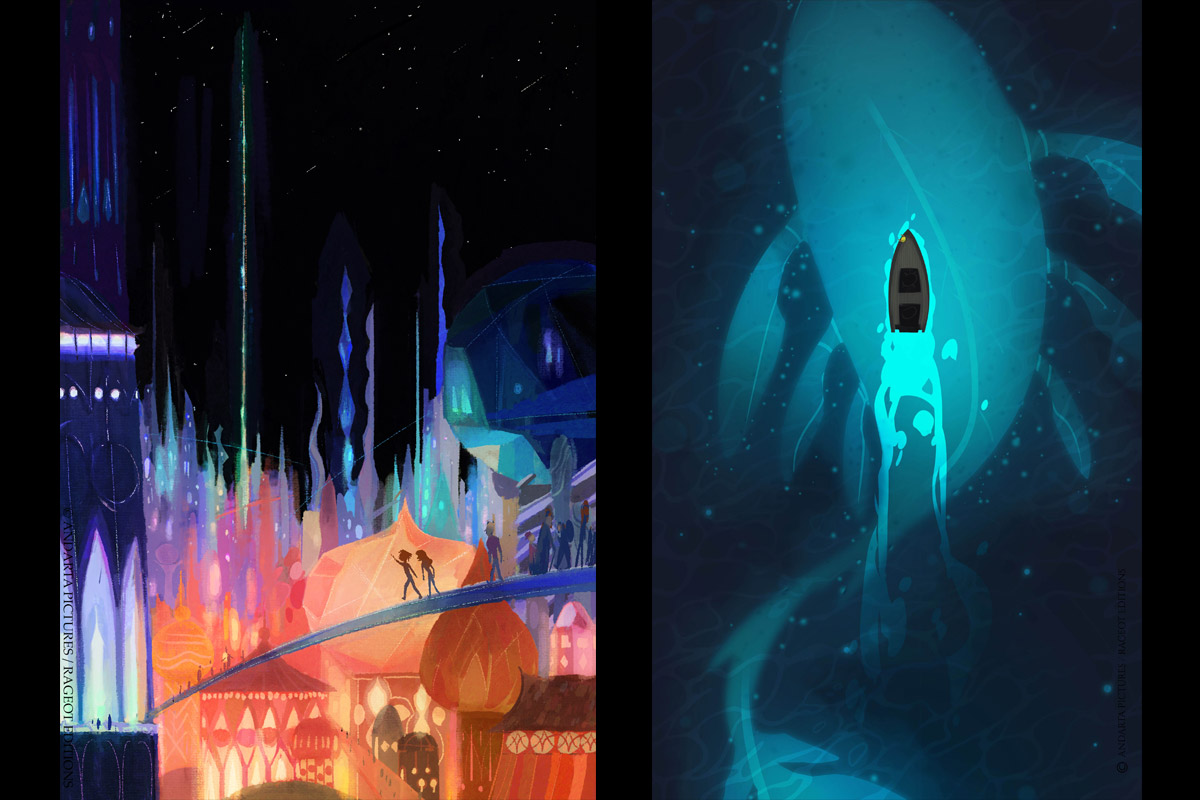 AW: François, could you please let us know the story of the animation series, in brief? You’ve mentioned that you will animate a part of the series.

François-Marc Baillet: Andarta’s goal is to deliver a true adaptation. We want to trust and respect Pierre Bottero’s work, but we also want to share a special vision of it and turn this literary masterpiece in a strong TV series.

This is a story of a young orphan who will discover that she has a unique skill in a parallel universe, where she belongs. While saving this world from chaos, with her new family by her side, she learns self-acceptance and discovers her past.

I’ve met Sophie four years ago and started working with her as a background artist. As she was launching her own animation studio, she asked me to do some concept sketches for Ewilan’s Quest. A few months later, she gave me the opportunity to direct, and art direct, the teaser.

AW: Sophie, how did this project start? What made you decide to animate the novel?

I met Claire* way back when we were high school students in Bourg-lès-Valance in the south of France. From having fits of laughter in math class to tears shed in heartache, she and I became great friends.

While I was learning the trades of animation cinema, my dear friend chose the most beautiful job in the world – motherhood!

Since then, Claire’s children brought us a wee bit closer. Her four daughters introduced her to Pierre Bottero’s trilogies.

The readers’ undying love for this writer prompted Claire to lend me his books, and lending them to me again, and finally buying them for me to force me to read them. Once I had read the first volume, I was under the spell. The universe is rich, well planned, and neatly structured. The characters are endearing, and the narration brilliantly combines adventure and fantasy.

Transported by my reading and motivated by the desire of Claire’s girls to see Ewilan brought to life on screen, I contacted Rageot, a French publishing house. Today, we have joined forces to adapt the novels and make this dream come true for Claire’s girls: Flaly (14), Rosalie (13), Améline (10), and Linaëlle (8).

AW: François, what do you want to express the most by adapting the novel to animation?

François-Marc Baillet: One of the ambitions I share with Sophie is to develop and make a high-quality animated series, both in form and in content. Pierre Bottero has delivered tremendous and very rich work. All the raw material we need is here to make a great series. My role and goal is to create an animated series with a very dedicated team that will inspire our audience, and through our vision will make them better designers of their lives.

Pierre Bottero has a child who is also named Camille, and she is gifted. I’m quite convinced Pierre created Gwendalavir for his girl, a world of freedom thanks to the imagination. What Pierre offered is what I would like to share so everyone can know about Ewilan’s fantastic quest and free themselves, thanks to the power of imagination. 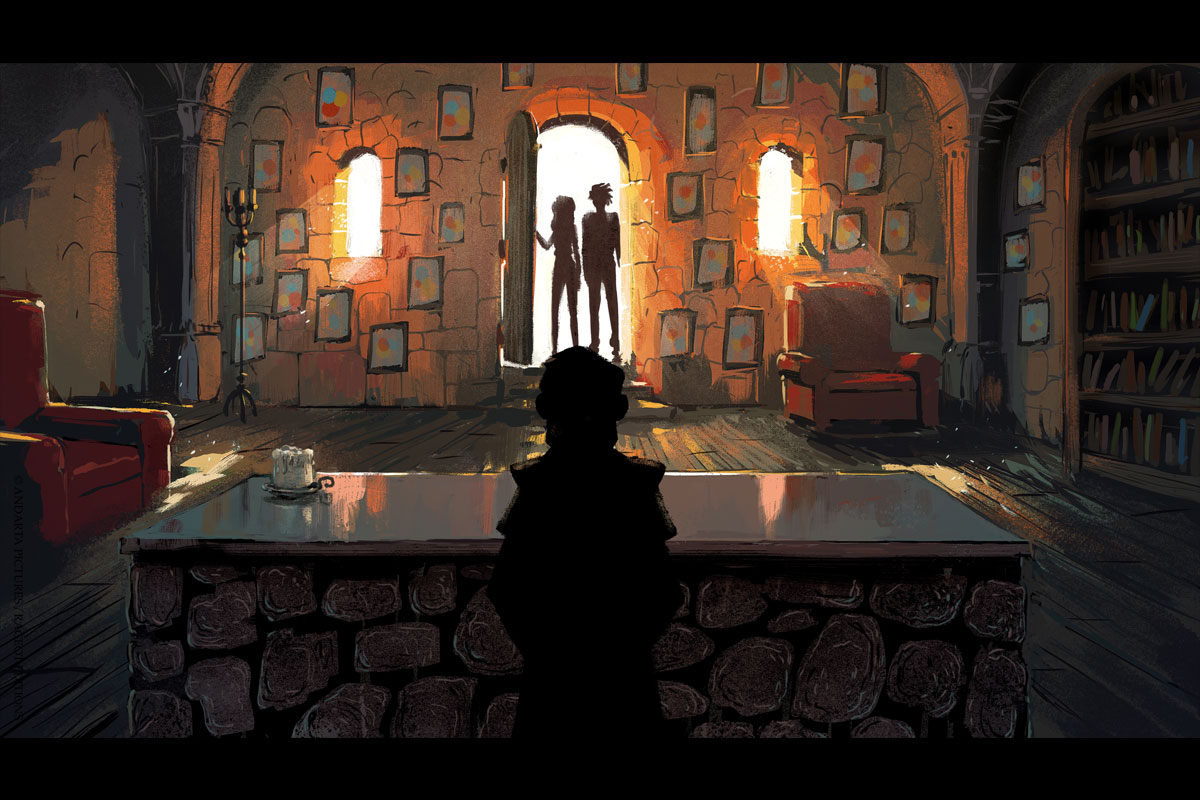 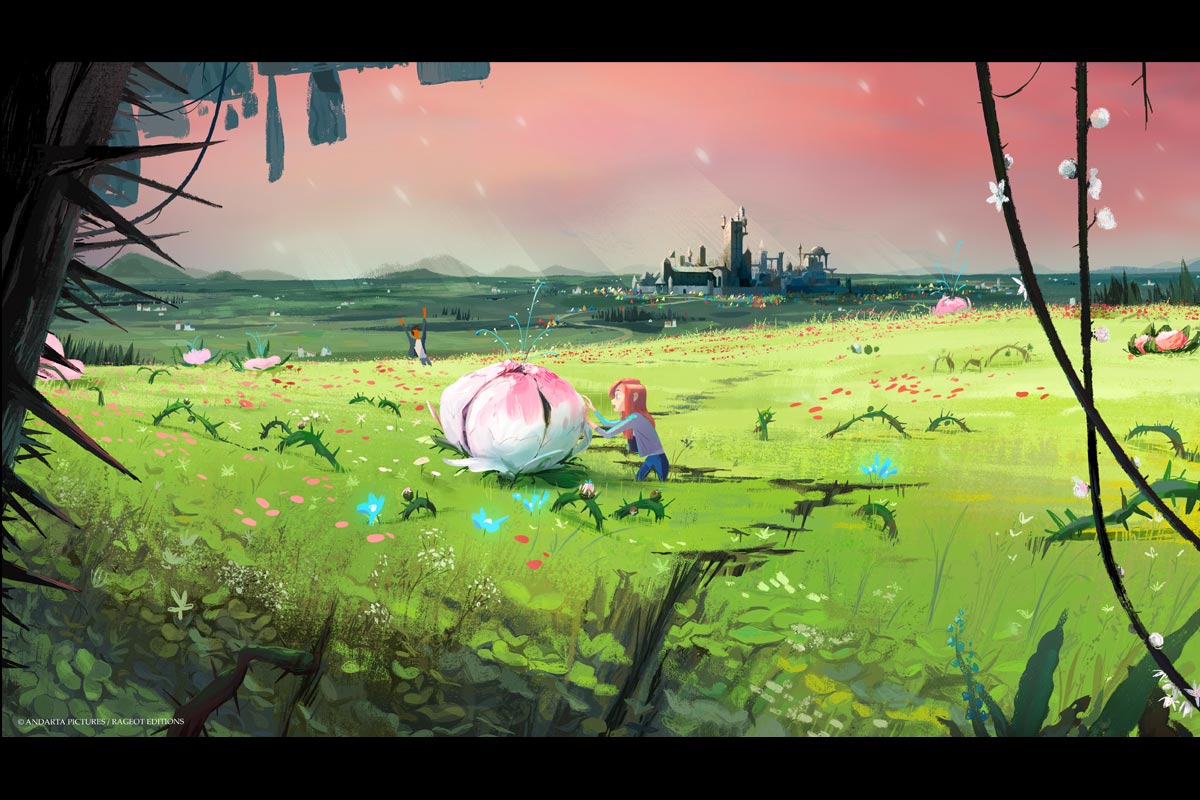 AW: François, how did you design the universe and characters? What did you take care of the most when you designed them?

François-Marc Baillet: The global look of the series is based in the heritage of European illustration, with realistic characters and elegant painted backgrounds with a touch of concept art.

In Gwendalavir, some people like Camille have a special skill: they can draw. It means that they can think about an object, decide in their mind what it is going to look like, refine it, and then it appears in reality. It’s quite obvious we’re using 2D animation as we’re talking about designers.

We chose not to outline the characters, which is usually done in 2D animation. We want to be able to use light and shadow to attain perfect integration of the characters into the sets. It will also allow me to reserve the outline as a graphical element to clearly identify when characters are using their designing power.

I had the chance to work with a great team who helped me get great designs for the show. We had a very nice surprise when we started recruitment: people who applied for work on the teaser were not only amazing artists, but some of them were also big fans of the books growing up. Next, my job was to gather all of these skills and passions to bring you and your kids to Gwendalavir to follow Camille in her journey.

AW: Sophie, could you please let our audience know the unique selling points of the project or what you love the most about the project at the moment?

Sophie Saget: This project promises to be a splendid human and artistic adventure. Beyond that, it will provide quality viewing content for our children.

In this day and age, where entertainment is king, we would like to help children think philosophically in order to build and live out adventures via these coming-of-age stories. We want them to feel the full palette of emotions while watching our shows.

Ewilan’s Quest is an epic. It brings us marvel and helps us grow. This adaptation project quite naturally belongs to the desire to be elevated. 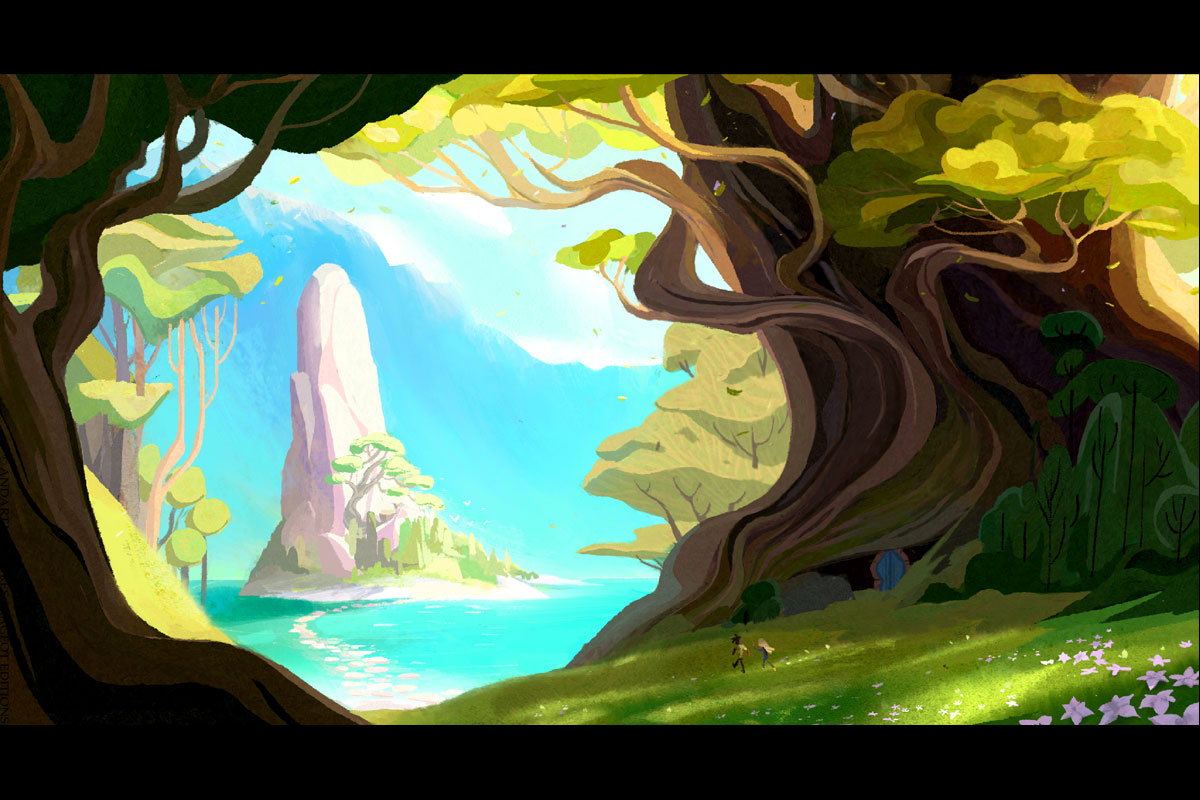 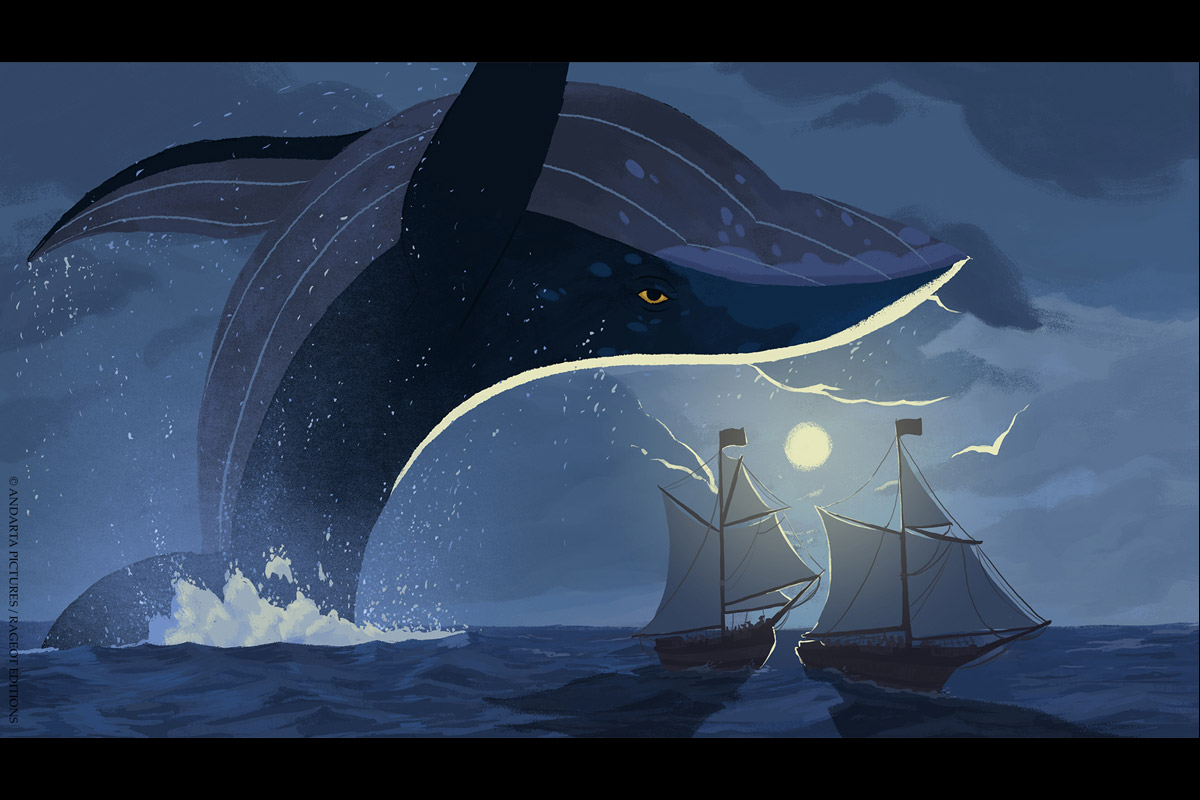