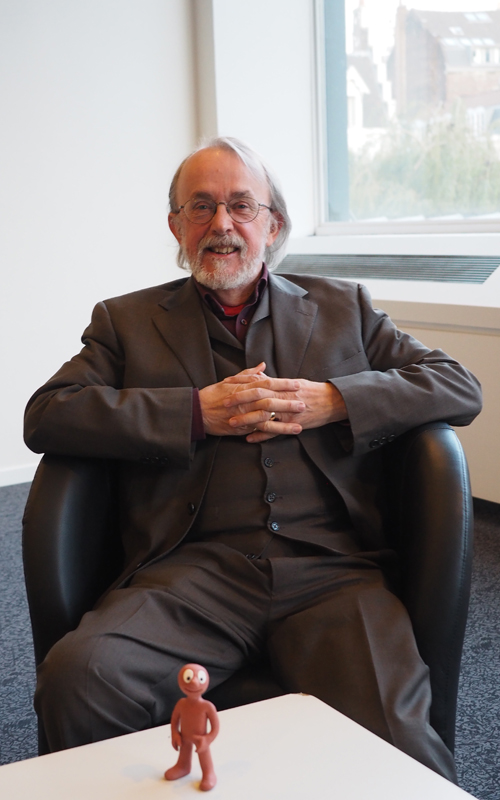 As you know, the first Emile Awards Ceremony was successfully held at Le Nouveau Siècle in Lille, France on 8th December 2017.

Just before the ceremony, we had a precious opportunity to have a short interview with the president of the European Animation Awards, Peter Lord. We are honored to share his words with you.

Hideki Nagaishi (HN): What do you think is the significance of having a new animation awards in Europe?

One of the most important aspects of this awards is to celebrate those people who are not normally celebrated. If you go to Annecy, yes the directors are there, directors who know each other around the world, and they can prize it. That’s very nice, but behind the directors, there are tens of thousands of animation professionals. These awards is also about them, so it’s about people like storyboard artists and sound designers and so on. Those people who don’t normally have a chance to be recognized. That’s the idealism.

Another idealism is to have a strong sense of community. Then what does it mean? I hope it means that we have a chance for opportunities to find partners in the adventures, meeting and sharing ideas. For most of it, it is a sense of community, the identity in community. I have felt it very strongly in my life in my first time to Annecy. I discovered that we were only Britain, working in England is the only thing we can do, so then we found an international community partner, and the socializing seems to be great.

The optimism is to grow, become stronger, and have more people join next year. I want to do it again and feel part of it.

HN: How was your impression of the nominated works for the first Emile Awards?

Peter Lord: It’s very impressive. In a deliberate way, this European Awards has incredible diversity. It has a great diversity with great ambition and fabulous design from my personal observation. It’s fantastic to see them on a big screen. Not only films, but also TV programs deserve that big showcase. I’ve been hugely impressed and there are a lot of nominations from both France and England, and that’s not anyway planned by what the juries have chosen. Again, I hope that in the future, the nominations come from more and more countries. That would be great.

HN: What do you want the Emile Awards to be, in the future?

Peter Lord: I want it to be essential, in the front of people’s minds, and fun as well. I think that’s quite important. This is not a solemn idea. This is meant to celebrate. It is meant to bring people together. I hope for a sense of competition across Europe and there would be fun in the competition. People who are competing meet for the first time ever. This year, there are 16 awards. I think there would be more because this is the first time. We don’t want the audience to be exhausted by nominations. This is an experiment, but a very good start. So, my vision moving future is to be bigger and more popular, and to be seen as an irresistible place that film makers want to be in.

01. [The first Emile Awards] The winners

05. Work as a Character Designer: Tsukasa Kotobuki talks about the character design for “Mobile Suit Gundam: The Origin”