06. Pixel Challenge: Create a short animation in only 48 hours

It is recognized as one of the most influential events, which focuses on a wide range of digital knowledge (video game, animation, web, artificial intelligence, augmented reality, healthcare, education, insurance and more) among Francophone countries. More than 100 activities and over 200 conferences are planned to be taken place at the venues all over Québec City during this week. This year, over 25,000 international attendees are expected from countries like Canada, France, United States, Belgium, Senegal, and Guadeloupe.

You can have opportunities to discover and experience all forms of digital products and events in the planned programs during the week. We picked up three major events which attracted our attention: 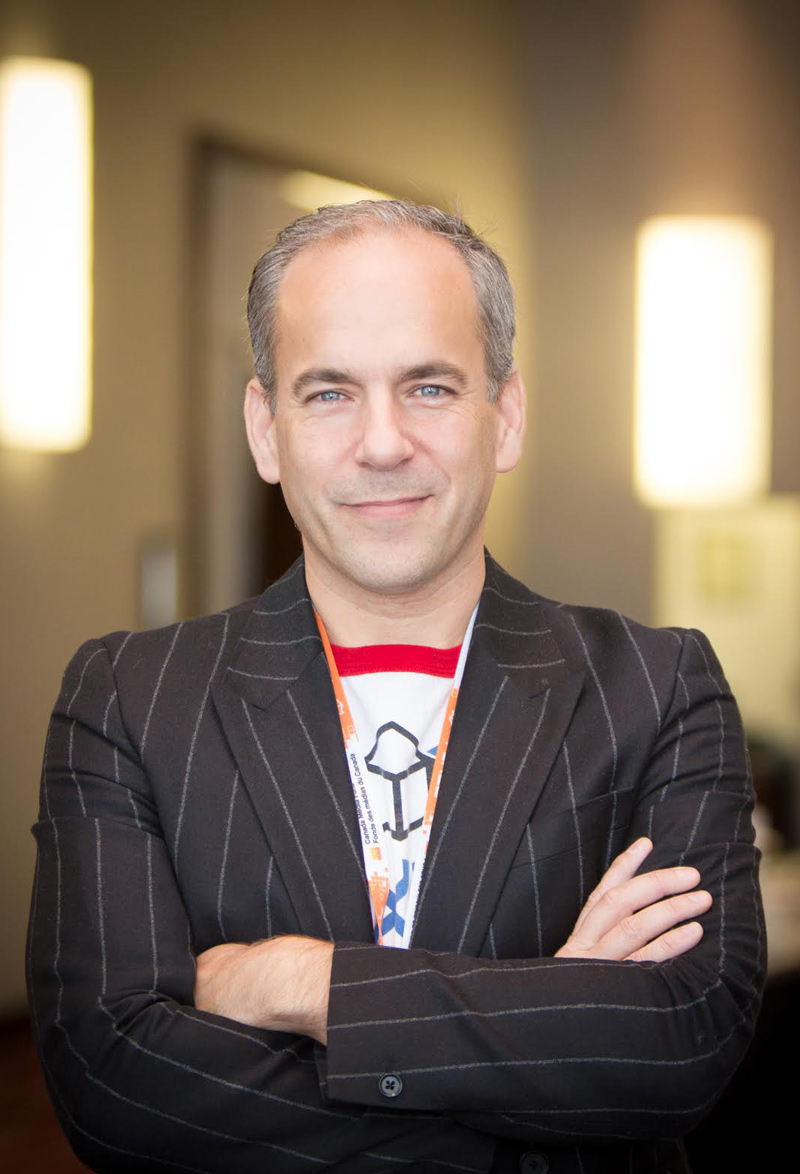 Animationweek (AW): Could you please give us an overview of the Pixel Challenge? And what are the unique points of the program?

Louis Leclerc: The Pixel Challenge is an international competition for creators of video games, short animations, music, sound design and storyboarding held in Québec City. Teams of participants have 48 hours to design an original work based only on a theme and to showcase their full talent.

The high points of the competition are the announcement of the theme at the start of the race and the prize ceremony, which naturally takes place after the judges’ deliberations. The competition itself is an exciting moment in the lives of the participants, but also a tiring one. They don’t get much sleep, but they’ll always remember their unique experience.

I call it a “competition”, but I really should call it a “co-opetition”, because the teams help each other. In fact, creating relationships is one of the goals of the Pixel Challenge. And it works!

AW: How did the Pixel Challenge start and what outcome are you expecting?

Louis Leclerc: It’s an interesting story. It began when the video game industry in Québec City wanted to show people that it was possible to work in the industry. An event was created to demystify to the general public that this industry that could actually lead to a career. The name of the event, which I organized in collaboration with the video game industry, was “Ma Carrière en Jeux”.

The event was repeated in the subsequent years, and four years later its content and form changed. It became an outdoor game jam that we called “Bivouac Urbain”. Then a few years later, the idea of creating an event to bring together animation, video games, music and sound design sprouted. That’s how we got to the Pixel Challenge, the largest digital creation competition in Canada!

What’s unique about the Pixel Challenge is how we combine elements to allow participants to concentrate intensely: meals, chair massages, dormitories, etc. We’ve thought of everything so that competitors will be free to give it their all. We expect them to work in a friendly atmosphere that fosters mental exertion and lets their creativity flourish.

In practical terms, we expect the event to at least partly fill the labour market needs of employers in the digital entertainment industry. We also want the networking to bear fruit and establish and cultivate strong relationships, particularly internationally. That’s what we are focusing on this year.

AW: In relation to question 2, what outcome has the Pixel Challenge gotten so far?

Louis Leclerc: The Pixel Challenge has come a long way since the first competition. Participation increased 280% from 2013 to 2017, and we expect around 400 participants this year. The “Music and Sound Design” category, which had few entries in 2013, is soaring! Our work to enhance appreciation of this sector seems to be bearing fruit.

More and more people are coming out, both creators and digital entertainment companies. The latter are becoming more and more involved. We are happy with their commitment, and also with the Pixel Challenge’s growing reputation here and around the world. The winners from the past few years have made places for themselves in attractive companies or founded their own. Some have even sold their video game or games abroad and their firms are growing! It’s a very important factor in our pride.

AW: What kind of feedback or professional connections can attendees expect to develop by attending this event?

Louis Leclerc: The HR departments of a number of studios use the Pixel Challenge as a place to ferret out talent, so that participants can make connections with future employers and find partners for a project in particular. The participants in the Video Game – Student category can take advantage of the mentoring offered to them. They will meet experienced mentors who will teach them so much. It’s a truly enriching experience!

AW: In terms of the short animation competition, who do you think should attend and what kind of participants are you looking for?

Louis Leclerc: The competition is getting more popular every year. The teams are better prepared than before. Their production pipeline is all ready, and they are only waiting for the theme!

We’re looking for creative participants who aren’t afraid to jump into the abyss and to be daring! We love it when they want to excel and to explore a new way to create. You have to admit that it’s rather unusual to create a short animation in 48 hours!

AW: Could you please let us know your future vision of the event?

Louis Leclerc: We plan to add challenges to those already in the program. We’ve been thinking of a Pixel Special Effects Challenge, a Pixel Concept Art Challenge and a Pixel Digital Comics Challenge, for example!

We also are looking for digital creators from around the world to come here and work together. We will be working hard to attract a larger number of countries to participate and to allow them all to use their own cultures in order to bring to life their shared passion for storytelling.

01. [The first Emile Awards] The winners

06. Pixel Challenge: Create a short animation in only 48 hours