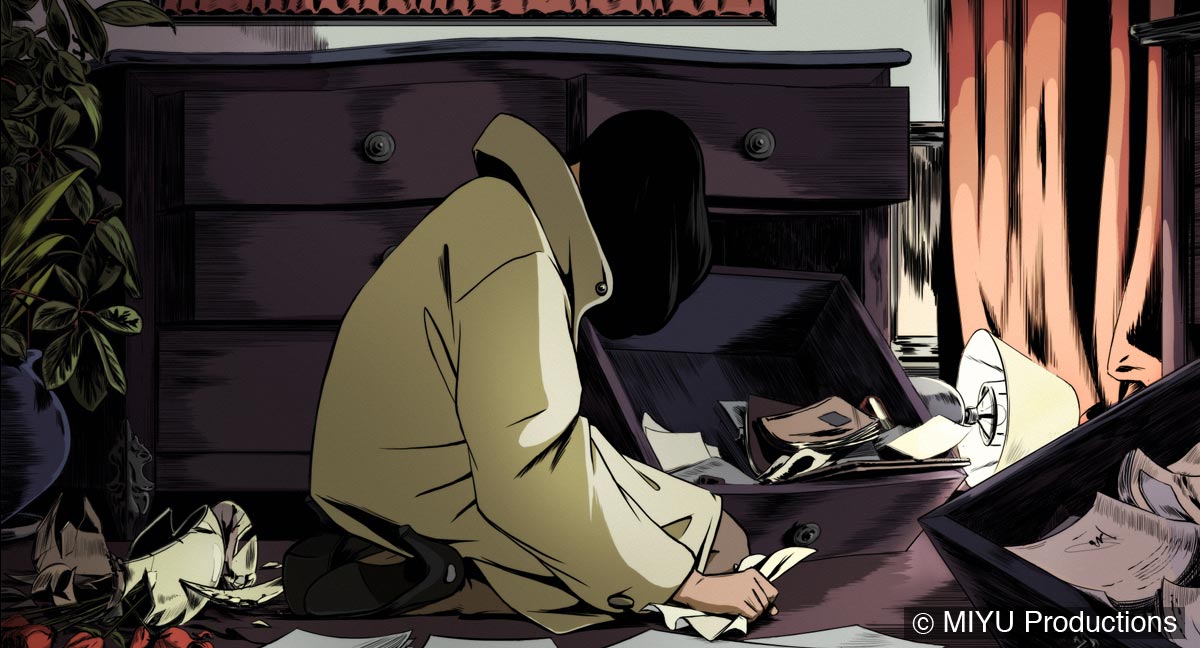 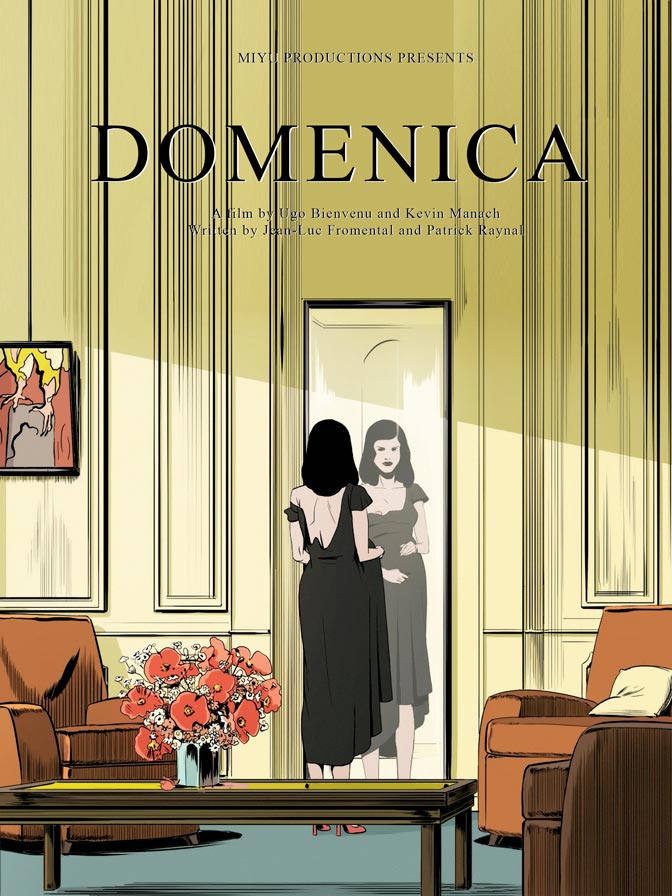 How far can a thirst for art, greed and ruthless ambition lead a vulnerable soul? This is the story of Domenica who became a character like the evil women in H.G. Clouzot’s masterpiece “Diaboliques”. The story tracks down how Domenica married Paul Guillaume, the greatest art-dealer of her time, how Jean Walter, her second husband and well-known architect, reached a dubious end, and how she put a contract out on Jean-Pierre, her adopted and unloved son. Inspired by true events, Domenica is a tale of beauty, cruelty, deceit and murder revolved around the most famous 20th Century Modern Art collection.

Behind the glorious modern-art collection in Musée de l’Orangerie such as Cézanne, Picasso, Renoir, Matisse, and Modigliani, there was a woman named Domenica Guillaume. She was at the centre of the scandal that shook the French art scene in 1959 with its sensational charges of blackmail, forgery, and an attempted murder of her former husband Paul Guillaume, among other crimes. Young talented directors and experienced writers are teaming up to bring Domenica Guillaume to life, led by Emmanuel-Alain Raynal, a producer at MIYU productions.

A creative team with young talents and experienced writers

We asked Pierre Baussaron at MIYU productions why they chose Domenica for their featured animated film. He explains that there are several reasons and says: “The main reason is that the idea came to Emmanuel to develop this story as a film for Ugo Bienvenu and Kevin Manach, as it was a story for them, for their style and vocabulary. This idea was reinforced by the idea to tell this story of famous art figures, of famous paintings using a graphic vocabulary, kind of a ‘mise en abyme’.” Their work experience with Ugo Bienvenu and Kevin Manach is now more than five years and made more than ten to twelve projects together from short films and music videos to documentaries. To name a few, Ugo Bienvenu and Kevin Manach have worked together on a music video Jabberwocky – Fog and a short animated film Maman, which was selected in various international film festivals.

They also are trying to cultivate a new market with Domenica being aimed for adults as Baussaron describes that it is their passion. “We share a passion for animation at MIYU Productions and we want to push animation where it is still discrete, but shows a very promising future, such as an animation feature for an adult audience. Films like Anomalisa show that there is room for that, and we think that it’s the early beginning of a new kind of cinematography.”

As Domenica is Bienvenu and Manach’s first feature film, they decided to get experienced writers on board and Baussaron explains: “It’s our first feature film, the biggest project we have with Ugo and Kevin. We proposed them to direct the film and went to look for experienced screenwriters. As this is the first feature film for MIYU productions and the two directors, we needed solid people to write it and bring some credibility. When Jean-Luc Fromental and Patrick Raynal answered ‘yes’, that’s how it started. Then, we got help from CNC and worked on the trailer.” 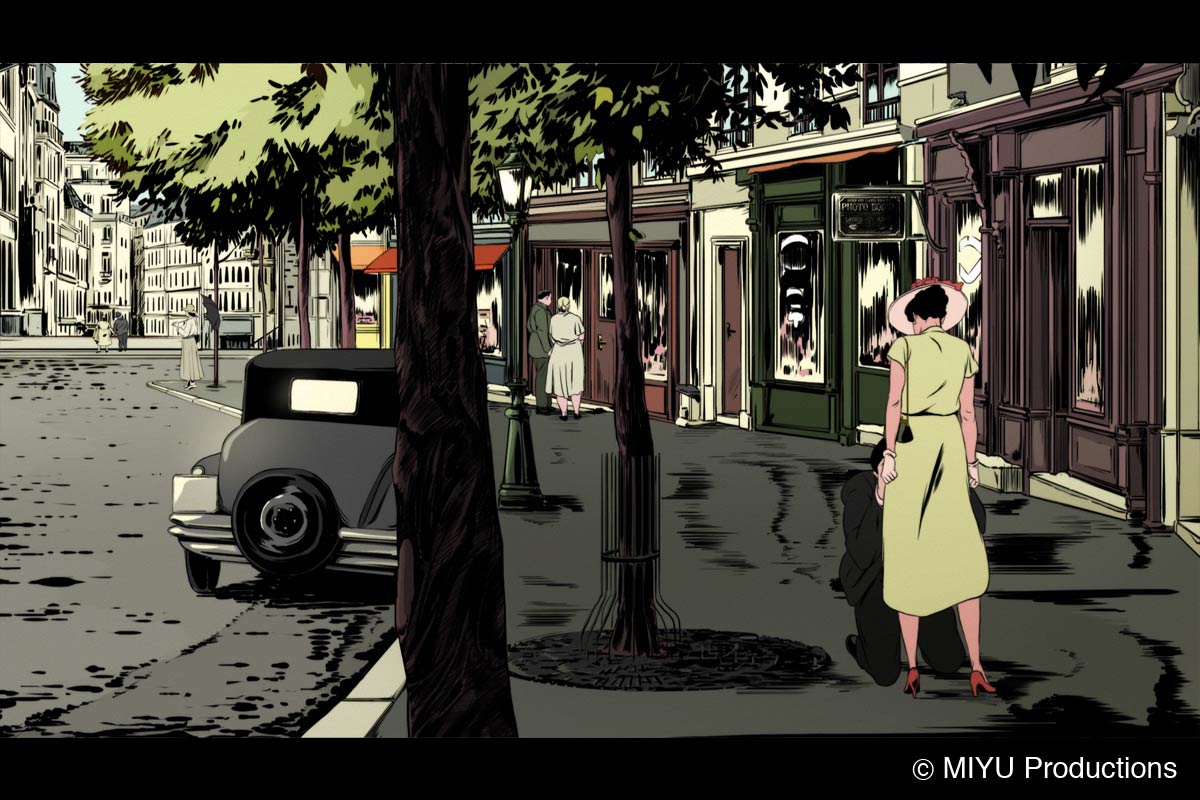 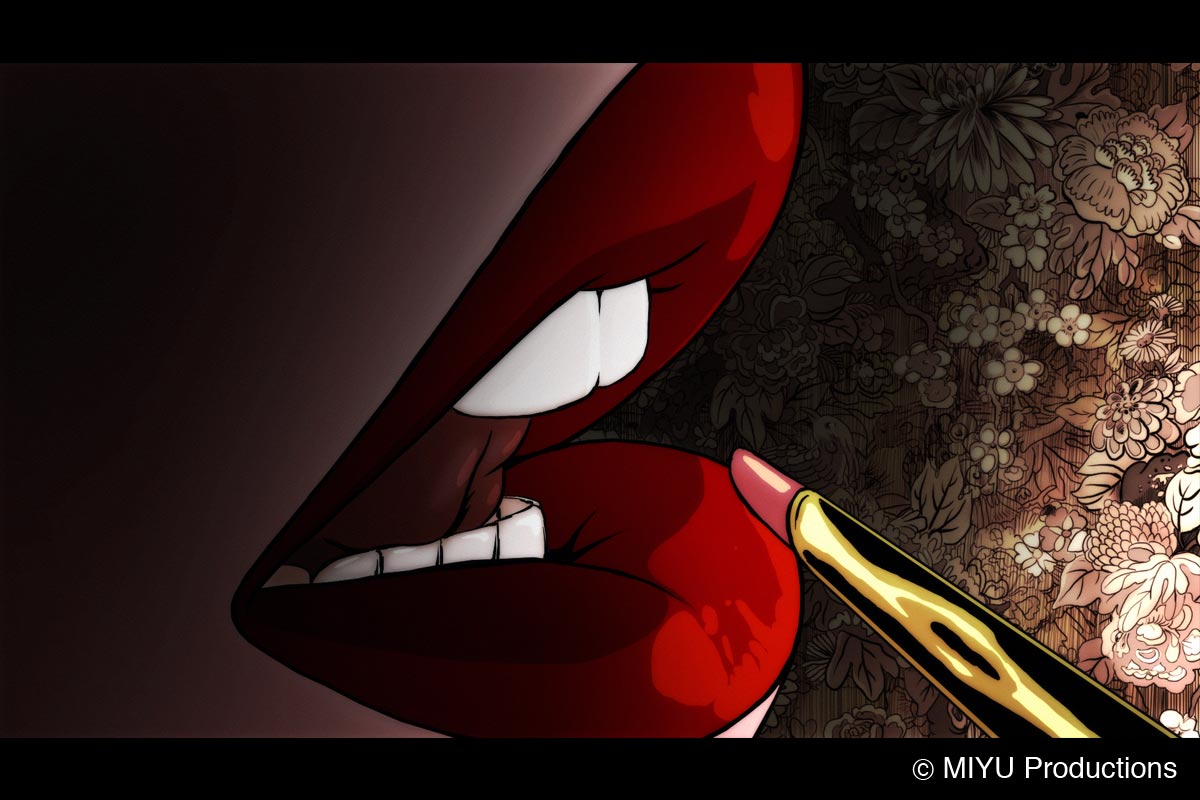 Good chemistry among the team

There could be some difficulty when there is a generation gap among the team members. Contrary to our speculation, Baussaron told us that it is actually working really well. “There’s a lot of confidence in each member in the projects. Screenwriters mainly provoke ideas and they really relate to them. It’s not like they are only doing script or don’t want to hear anything else. I think everyone understands very well what others want. The directors are pretty happy with what they are offered. There’s good chemistry among the team. We are now at the stage where we invite people such as distributors to read the third version of the script and give us feedback.”

Ugo Bienvenu and Kevin Manach are known for their own original artistic style that is reminiscent of comics in the 40s and 50s, but yet contemporary and stylish. At the presentation, it was explained that they tried to replicate their original style digitally using TVPaint as their first attempt. Their artistic style and approach are maximized with the power of experienced writers and they beautifully created the universe of Domenica. It was revealed that the music used in a trailer is composed in Russia, which adds layers and dignity to the story. It is planned to be 90 minutes long with the budget of 7 million euros. It is scheduled to be in production in early 2018, and released early 2020. 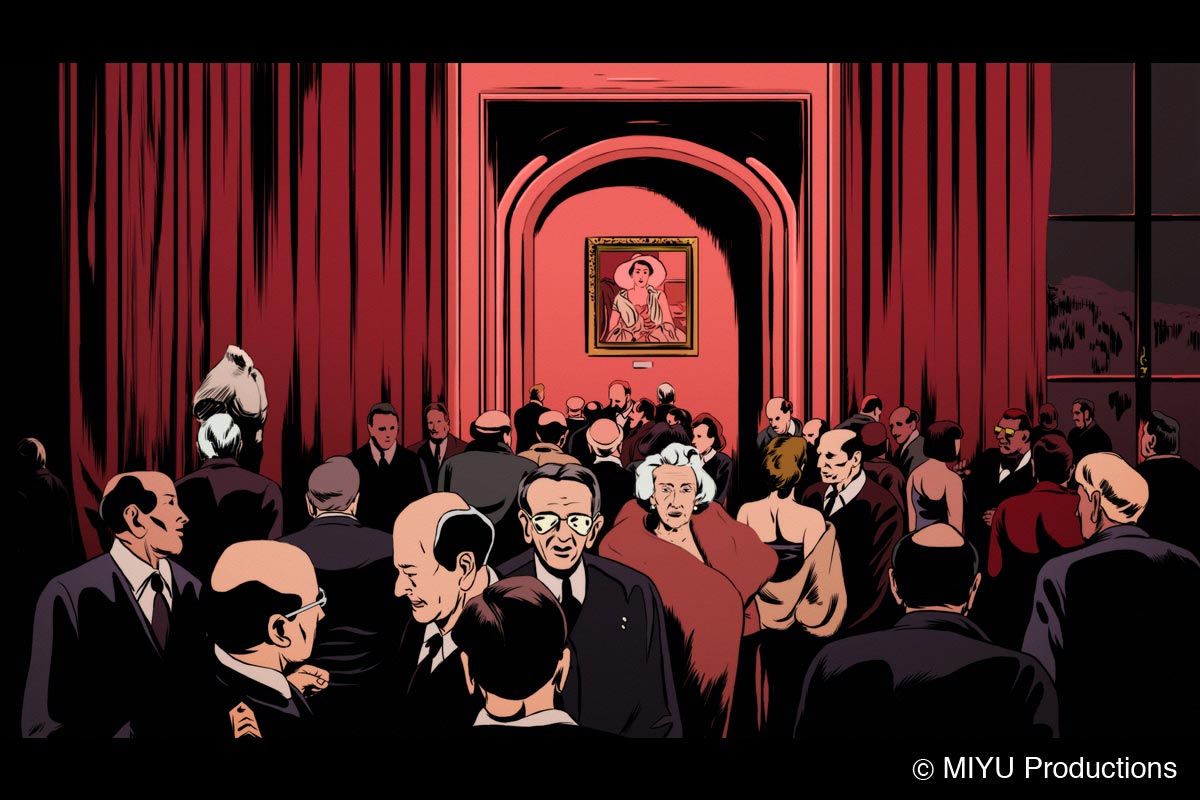 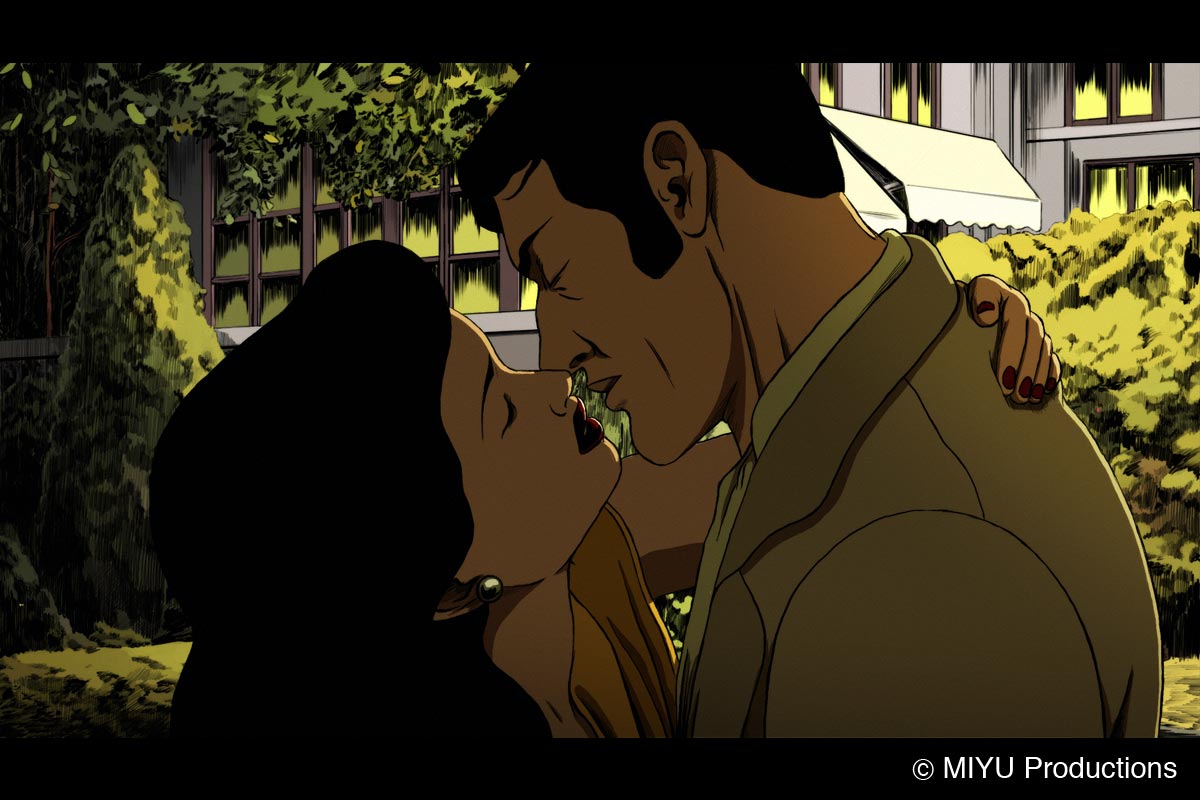 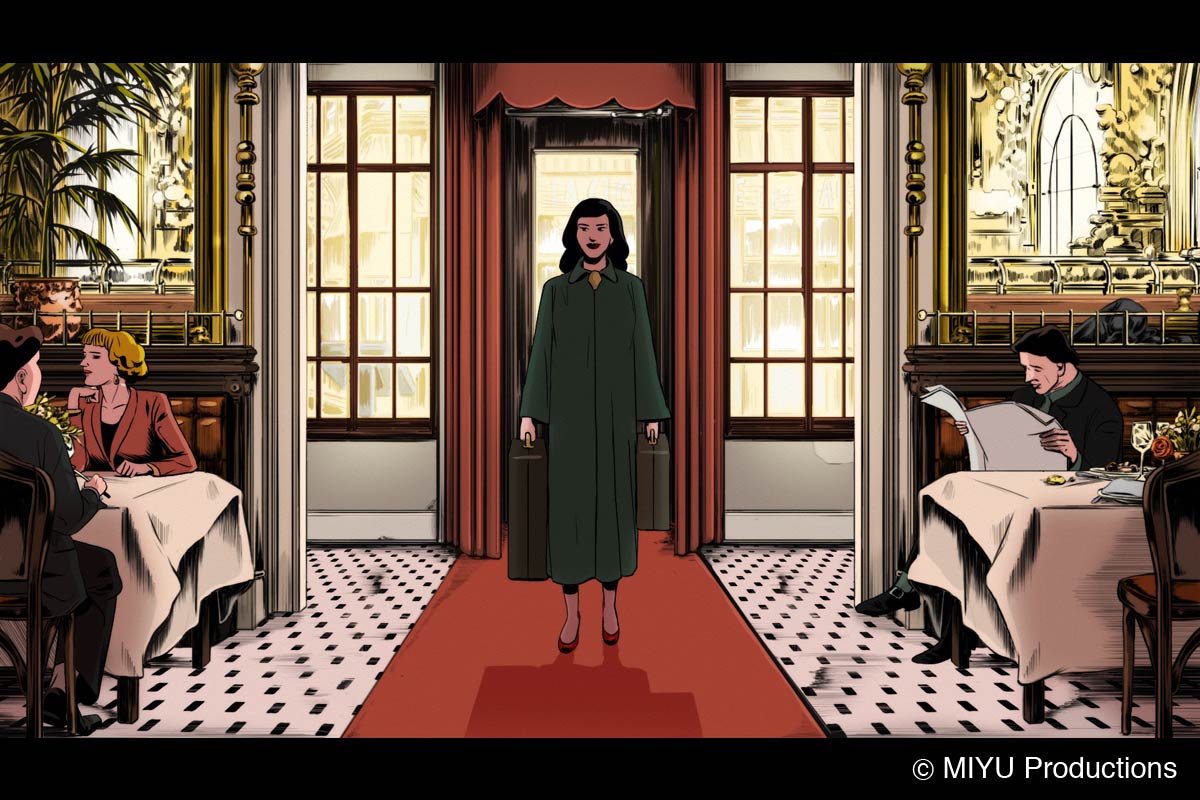