In a magical forest, there stands a tree that grows dreams as its leaves. Two lovable wood sprites live in harmony in the treetop, until a cootie arrives and turns everything upside down. The tree’s inhabitants will need to team up to prevent a catastrophe and save the dreams. 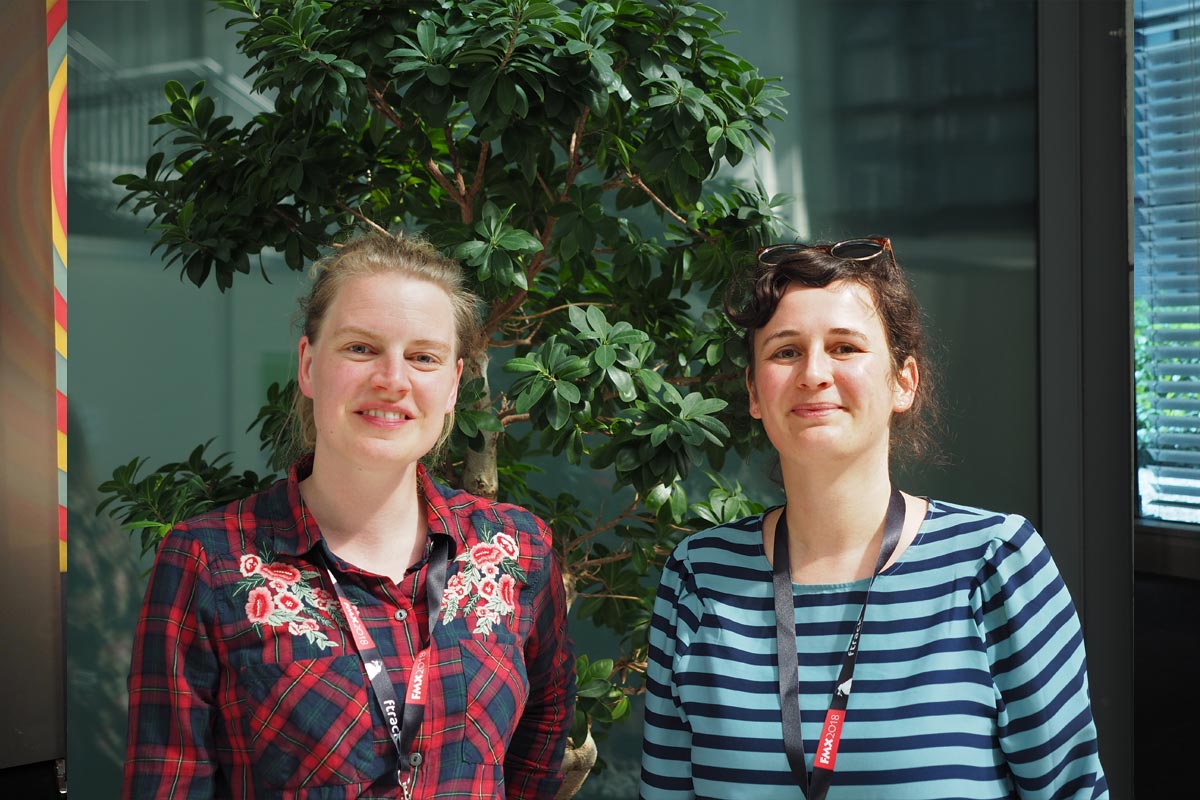 Animationweek attended Animation Production Day (a part of The Stuttgart International Festival of Animated Film 2018) this year for the first time. 48 animation projects were selected and over 700 pre-planned, one-to-one meetings were conducted to find co-production partners, distributors, and broadcasters.

I was able to meet an aspiring film project Der Traumzauberbaum and hear about it from the producer, Anna Guddat and the director, Theresa Strozyk.

Der Traumzauberbaum is a film project based on very famous narrative songs of the same name in Germany, which were released in 1981. Since then, the story has been catching the hearts of a lot of children and their parents for a long time, not only in Germany but also in other European countries, such as Switzerland, Austria and Poland. The LP/CD of the narrative songs has sold over five million copies in Europe. Live stage shows based on the songs are constantly sold out. Lots of kindergartens and primary schools are named after Der Traumzauberbaum characters.

Hideki Nagaishi (HN): How did the project start?

Anna Guddat: Like a gift from the heavens, the author of the original, Moni Lakomy, gave us the rights to put her work on the big screen. Since Theresa and I were both raised with these beautiful songs, we had easy access to this content. We are happy and proud to work on this cute, little universe of the magical tree and its inhabitants, and we enjoy every moment we spend on Der Traumzauberbaum.

HN: Could you please let us know about the story and main characters of the original songs, briefly?

Theresa Strozyk: The original story of the record features two wood spirits as the main characters who take care of the leaves of the tree, which are the dreams. They have a magical tuning fork that can activate the leaves and make the dreams fly to their receiver, the children. Each leaf contains a song, and each song tells an individual story, featuring many funny characters.

The script needs to integrate the well-known songs into the story of the two wood spirits. The original story already held the passage of the two wood spirits angering the grumpy cloud shepherd, who is responsible for the rain and the little river. Consequently, the magical tree is running out of water and once it runs out, all its colorful leaves – the dreams – will dry up and turn into nightmares. The two wood spirits have to soothe the cloud shepherd to get the rain back and save the magical tree. Respecting nature and the environment are themes which are becoming more and more prominent these days.

HN: Will the film follow the original story faithfully, or will some original elements be added to the film?

Anna Guddat: The original creators of Der Traumzauberbaum produced as of now four sequels, and within the sequels and the live stage performances, a new heroine was added to the story: Agga Knack, the wild dream cootie, which is massively popular with the audience. Since she wasn’t part of the original story of 1981, we wished to add her to the script, as she brings in great potential as an antagonist. This influenced the entire dramatic composition of the original story. 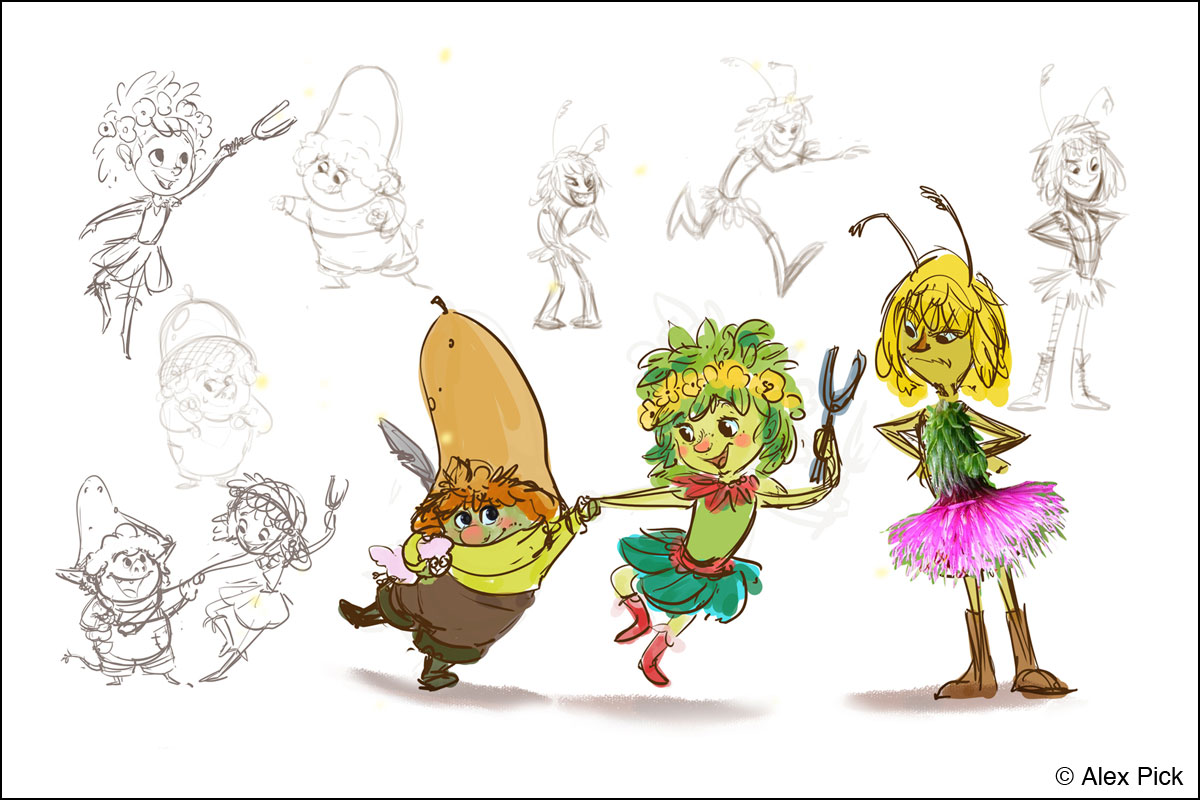 HN: How are you developing the visuals for the film?

Theresa Strozyk: We can start from scratch, because the story of Der Traumzauberbaum has never been featured in a children’s book or any movie. We don’t have to consider any older designs for our characters. There is the very well-known cover of the record, and we will take that into consideration, but apart from that, there are no visuals that we have to follow, so we can create a unique world for our movie.

HN: What is the unique selling point of the project?

Anna Guddat: That is for sure the quality of the songs, which are, by now, handed over to the third generation. Not only by composition, but also by the quality of the lyrics. They prove that, by still being played in kindergartens and kids spaces throughout Germany, they didn’t lose a single bit of charm within the past 40 years!

Theresa Strozyk: I think the idea that there is a magical tree that grows dreams is very poetic and very unique. Its a surprise that it has not already been done before in an animated movie. And of course, animation and music are always a winning combination.

HN: Could you please let us know what stage your project is at now? And what kind of support, such as co-production partner or distributor, are you looking for?

Anna Guddat: We are in the script development. We guess we need one more draft before being able to access development funding. We would like to find regional partners for character and set design. Later, we are aiming to access media funding to finance the teaser for marketing and financing reasons. We already have our distributor attached, and we are currently negotiating with other partners from the industry.

HN: Could you please let us know the attractiveness of APD from your experience?

Anna Guddat: APD is a great experience, because access to the players of the industry is so efficient. Also, coming from live action, I am overwhelmed by the very smooth atmosphere within this convention. We fully enjoy participating at APD!