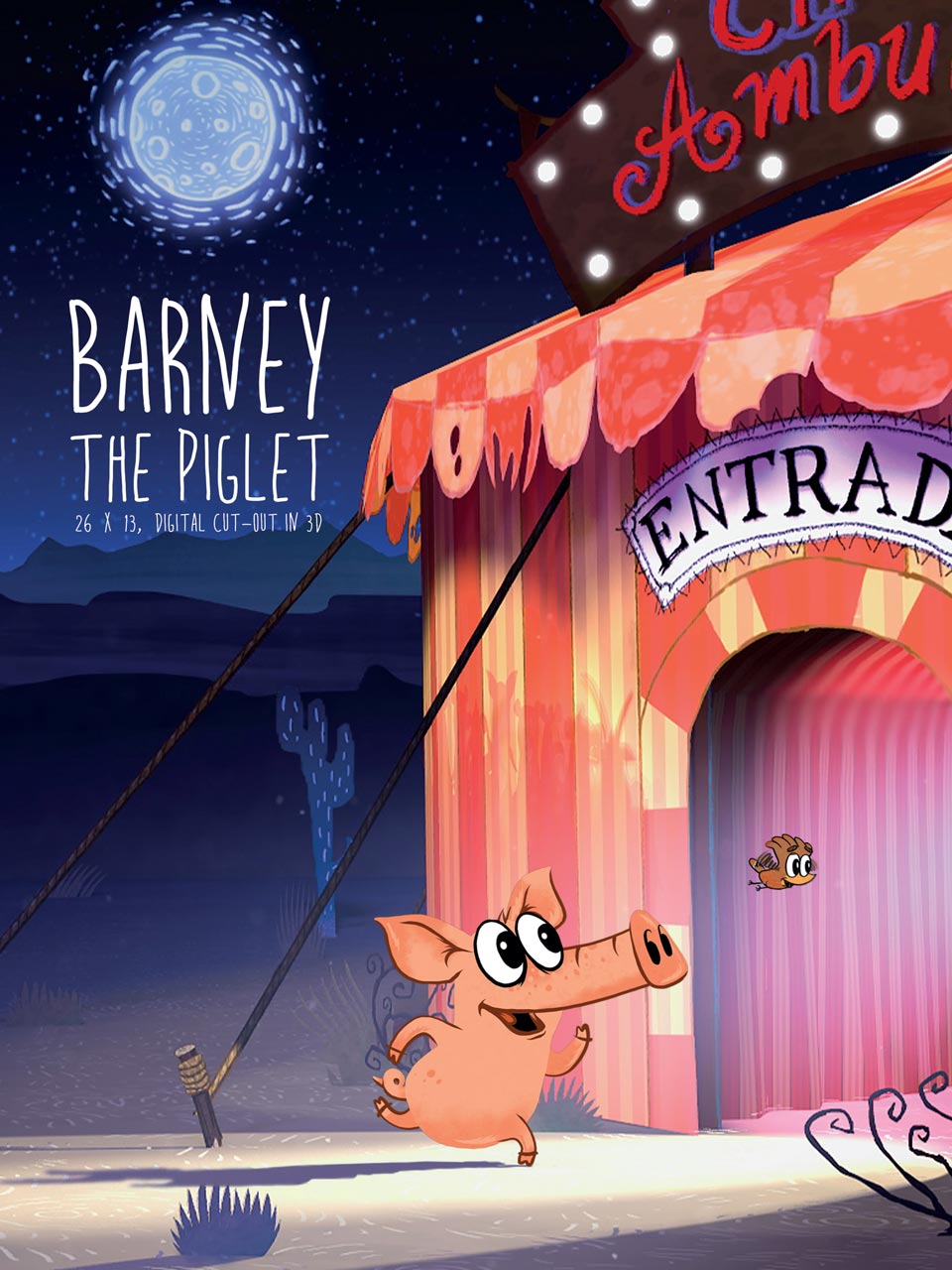 Barney would be a normal piglet if he didn’t have the longest nose in the world. His nose is so long that everybody gives him a hard time. Especially, his evil cousin Bruno who spends holidays on Barney’s farm. It doesn’t take long until Barney becomes the poor underdog. But fate brings him a good friend, a sparrow called Rascal. Together they set off for the adventure of their lives. Barney has to find the Great Snout who knows the greatest secret of a true Hero. Legend says he will only reveal it to the one whose heart is pure. 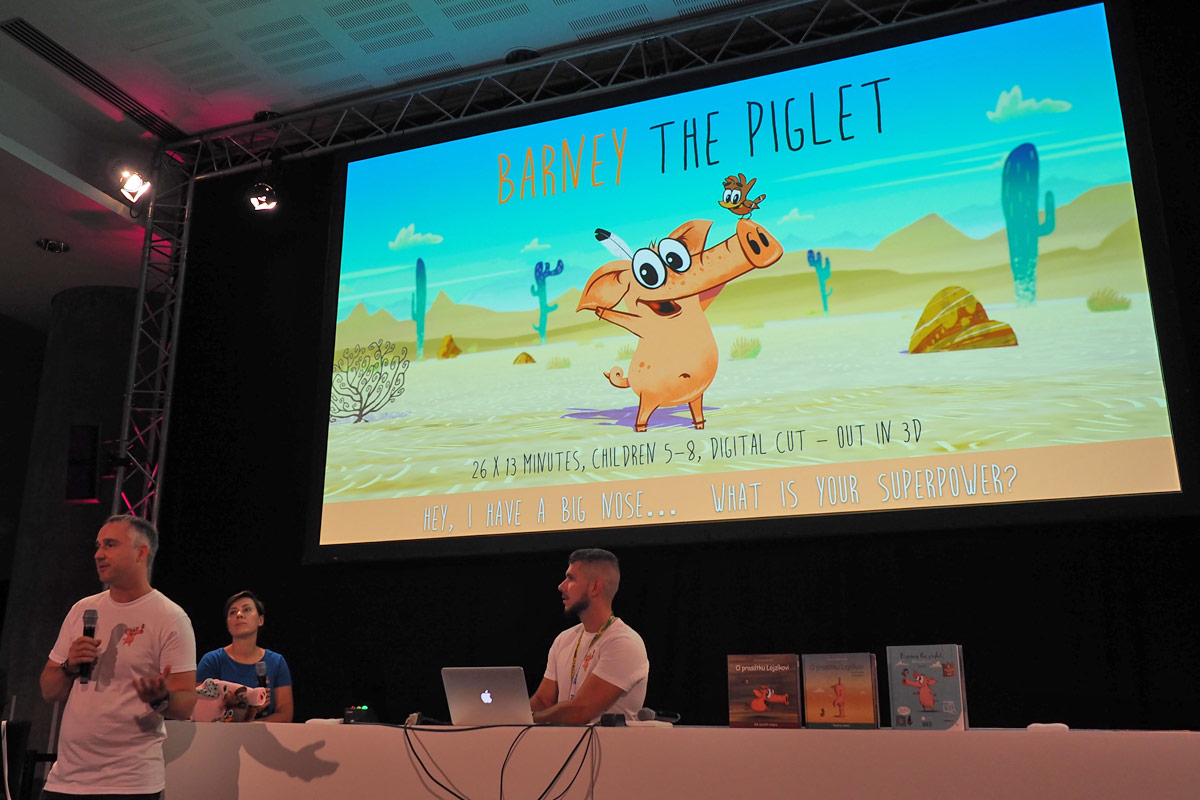 *: You can find more information on the official website of the project

Barney the Piglet is the project which we believe has one of the most attractive visuals among the 85 projects pitched at Cartoon Forum 2019. It is an animated TV series project, with a target audience of children 5 to 8 years old, based on the classic children’s books. The story is about Barney, a cute piglet with the longest nose in the world, and his adventures with Rascal, a sparrow.

The visuals of the series is a combination of charming 2D digital cut-out animation and beautiful 3D CGI background art. The stand-out visuals invited us to dive into the world of the story. We interviewed the producer Martina Šafářová and the director Pavel Ondrašík to share the story behind the project with you.

Hideki Nagaishi (HN): Could you please let us know the theme and topic of the series, in brief?

Martina Šafářová: Barney is a small piglet with the longest nose ever. Because of this, at home he is an underdog. But his pure heart and love for old heroes and legends leads him into the biggest adventure of his life. Along the journey, he finds out that his long nose might actually be a superpower. So, in a way he becomes a hero himself. 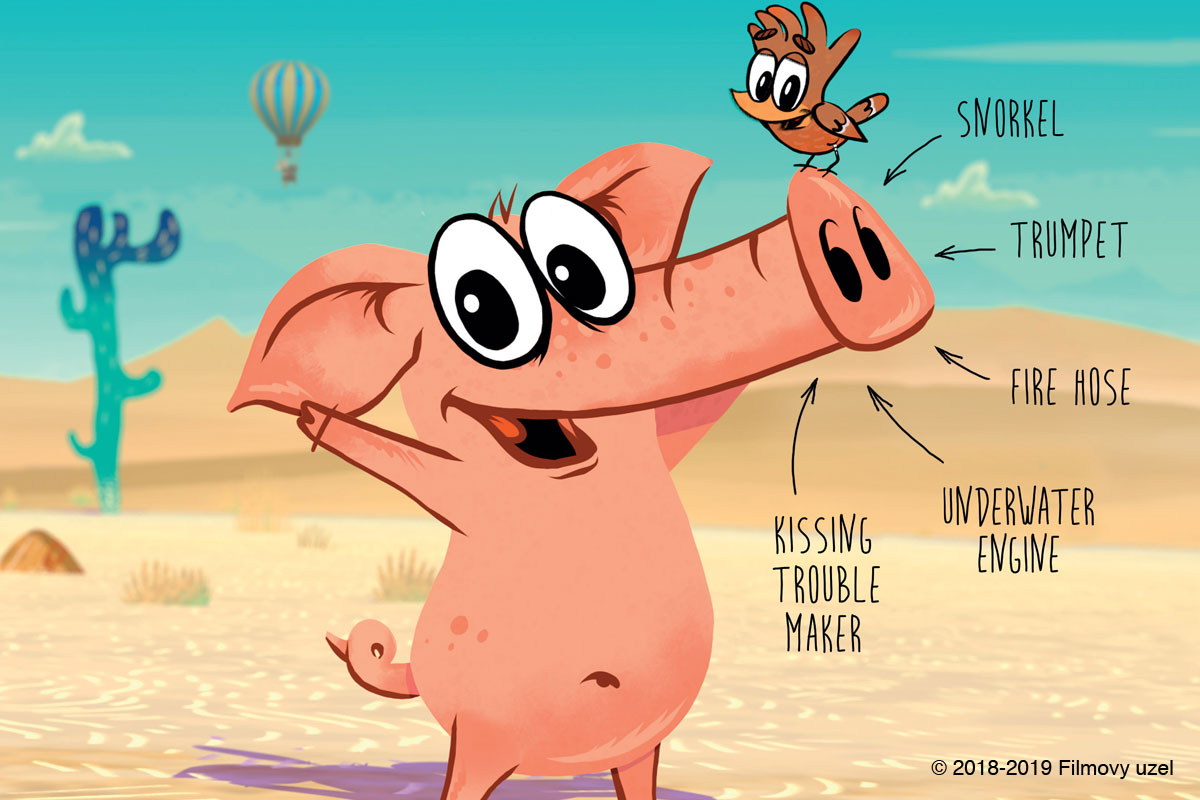 Pavel Ondrašík: Once I was sitting on a very boring meeting, scribbling something down, not knowing what. Suddenly, I looked at the paper and there was a sketch of a little pig with a long nose – Barney. For the rest of the meeting, I was just thinking: what a life he must have! Together with my wife, we came up with a story of Barney searching for his identity among other long-nosed animals. 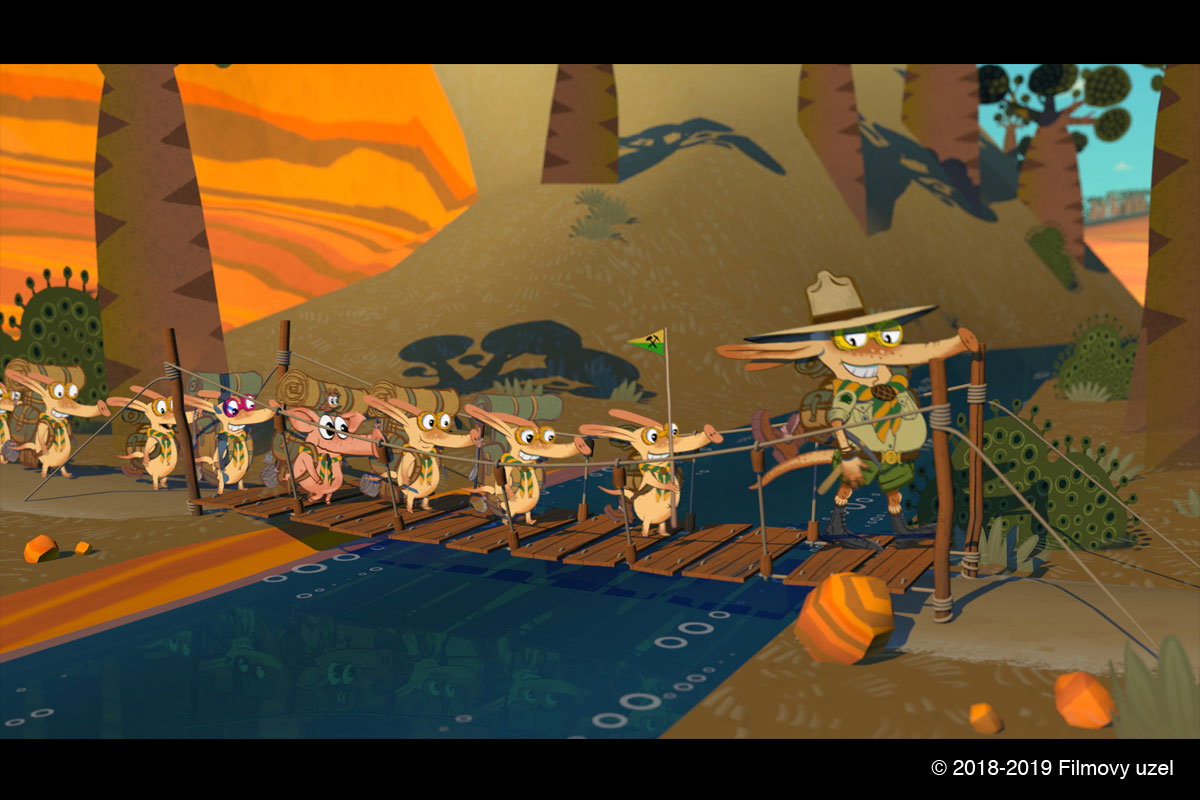 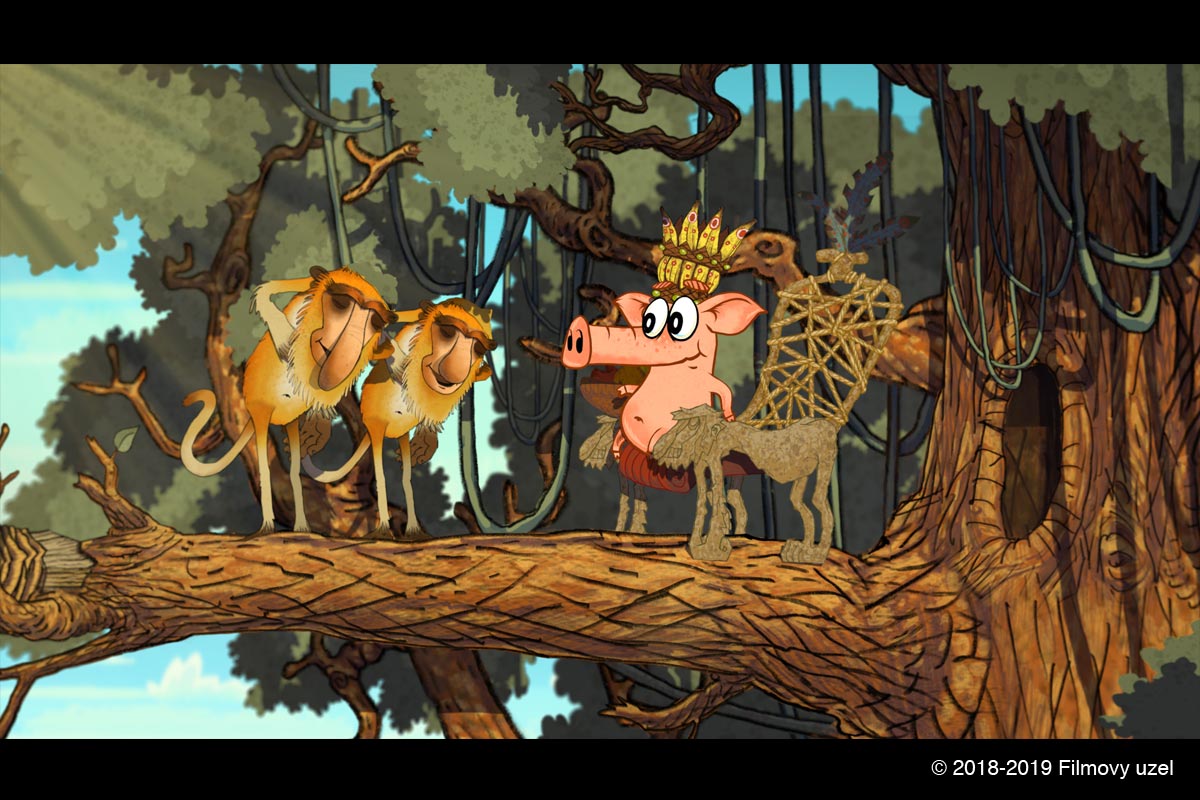 HN: What was the main reason for your decision to animate the original story?

Pavel Ondrašík: I believed in Barney’s potential from the very beginning, and if you look at him, his character just begs to be animated. For years, I was a lead-animator in a 3D feature production, so naturally I was thinking about animating Barney. I love animation, so it was not a hard decision.

HN: I think that the visuals of the animation, with the combination of the 2D cut-out style characters and 3D backgrounds, is cute and attractive. How did you arrive at that visual style? What were the things you took care of in developing the look?

Pavel Ondrašík: I developed this style nine years ago. I was working on a 3D feature as a lead animator and I suggested using this technology to create an animatic. The director was not able to imagine how this could work and wanted a standard low-poly 3D animatic. So, I put the technology into the drawer and there it remained for years.

When Barney came along and the book was published, I thought to myself: This is a chance for my invention. I did not want to convert the drawings into 3D models but I wanted to animate them directly. But coming from 3D production, I wanted to use some of the advantages of 3D such as depth of field, motion blur, parallax scrolling and camera movement. It is more difficult to do that in 2D.

Unsurprisingly, I am also a huge fan of Karel Zeman, the giant of Czech cinema, who used flat objects in 3D space in his classical movies. His stage design has been an influence too. Filmovy Uzel in Zlin, Czech Republic, the place where we produce Barney today, is in the same building where Karel Zeman worked. 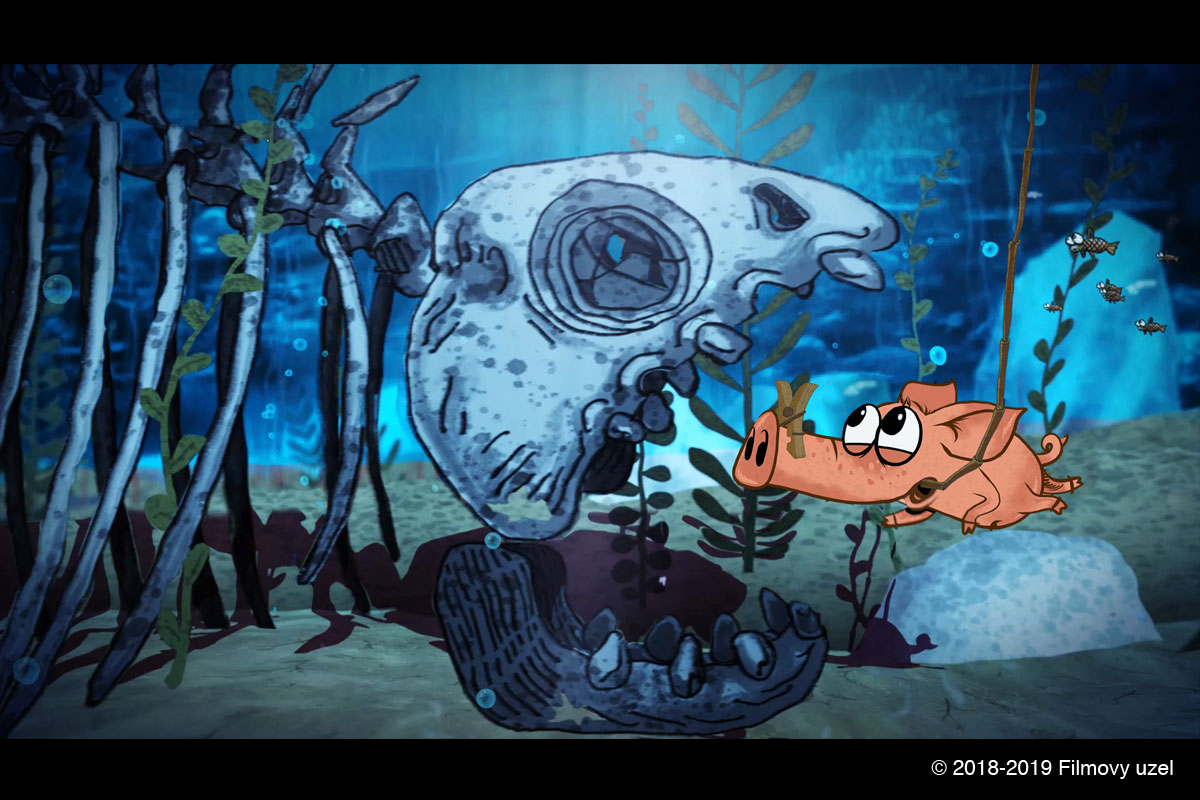 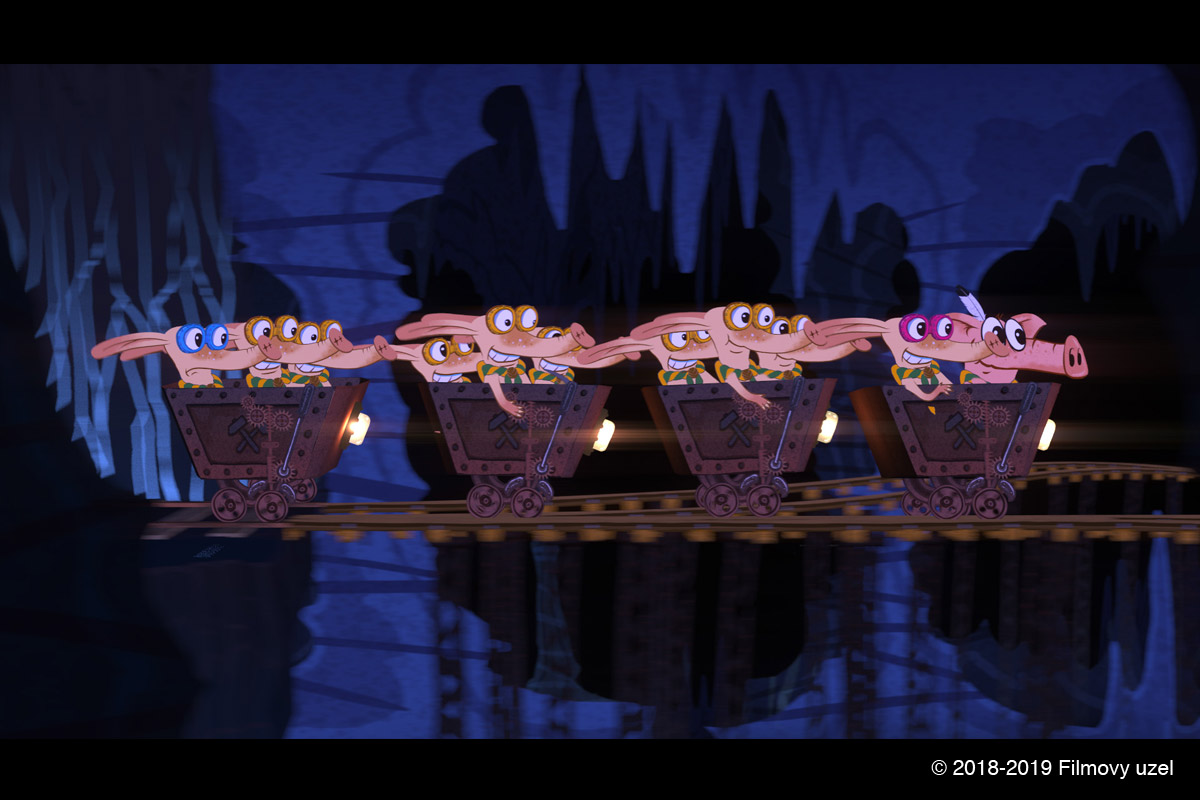 HN: What kind of experience do you want to deliver to the audience through the series?

Martina Šafářová: I want to tell kids that we are all unique and original. But we all need to learn to appreciate our uniqueness. And our inner hero is there to be awakened.