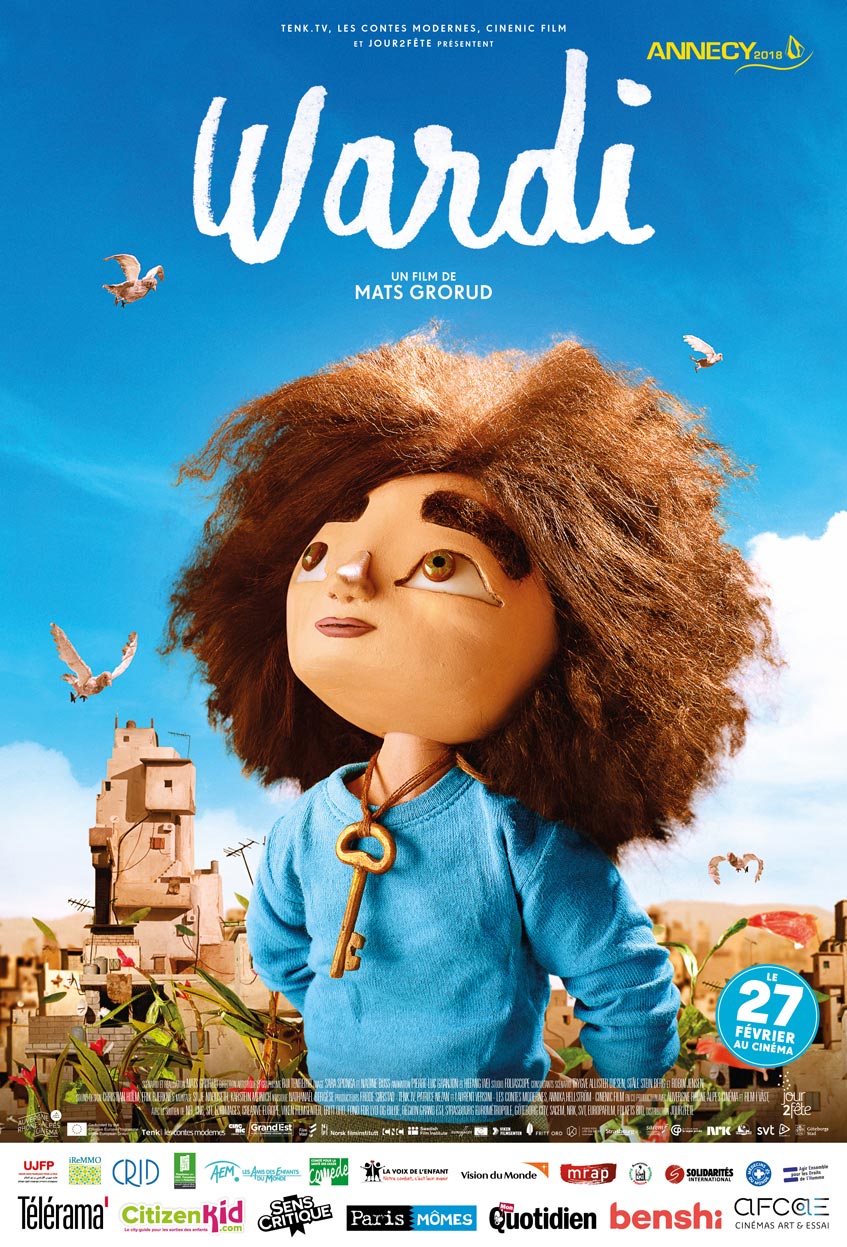 Beirut, Lebanon, modern day.
Wardi, an eleven-year-old Palestinian girl, lives with her whole family in the refugee camp where she was born. Her beloved great-grandfather Sidi was one of the first people to settle in the camp after being chased from his home back in 1948. The day Sidi gives her the key to his old house back in Galilee, she fears he may have lost hope of someday going home. As she searches for Sidi’s lost hope around the camp, she will collect her family’s testimonies, from one generation to the next. 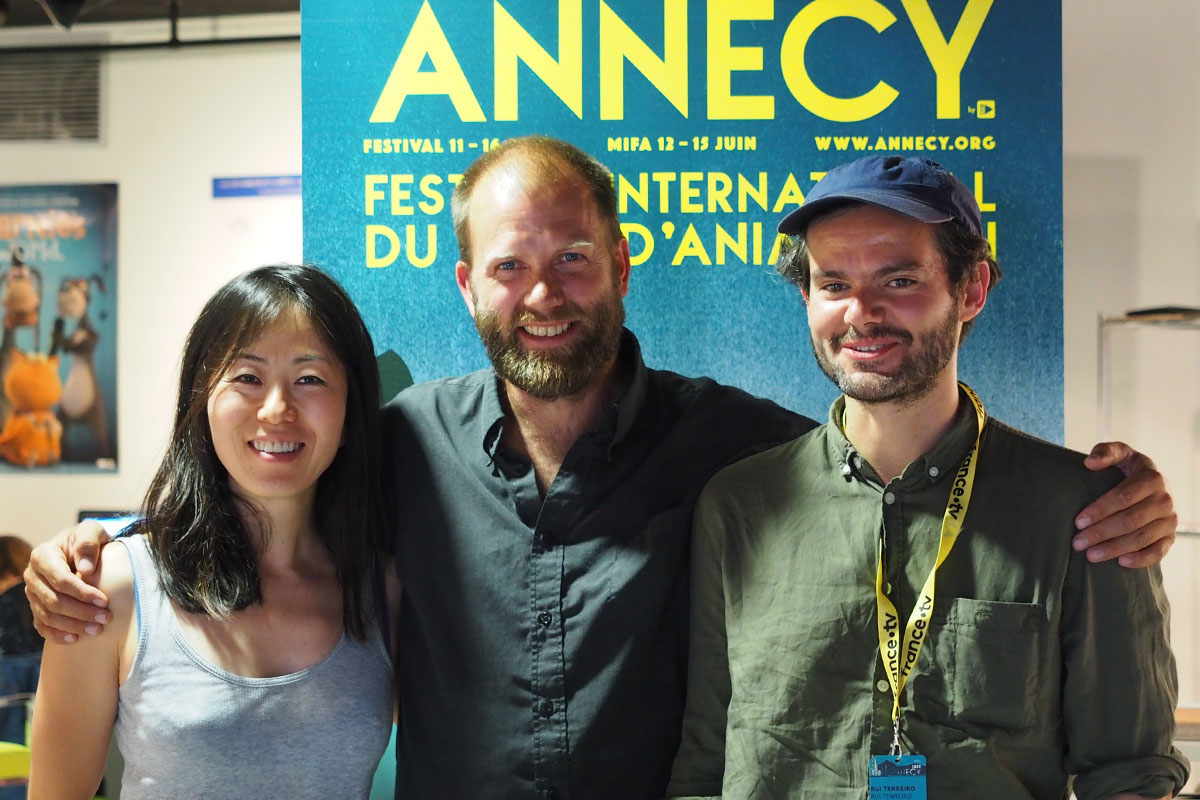 The Tower is an animated film with both stop-motion and 2D animation scenes, which tells a story of the hope of Palestinian refugees. The events of the film were based on real interviews with Palestinian refugees in Beirut, Lebanon. A passion project from the director, this film portrays with great sensitivity the horrific reality the refugees have faced in their 70-year history, whilst always carrying their hope.

Animationweek (AW): Where did the initial idea of the film come from, and how and why did you start the project?

Mats Grorud: When I was small, my mother was a nurse and she used to work in Lebanon during the wars in the 1980s, so I was always listening to her stories and seeing pictures from the camps of Lebanon. When I become old enough, I myself spent one year doing animation workshops in different camps and teaching English in the camp of Bourj el-Barajneh, in Beirut. It was a natural wish and choice for me to animate what I saw and experienced in camps, and the stories I’ve heard. This project started in 2001, and from 2011, after we had a production company, we started working on developing a script and characters, and financing.

AW: Could you please let us know a little bit about the making of the film? How did you develop the story, characters, and visuals?

Mats Grorud: The story is a hybrid between fiction and a documentary, so the development of the story took a long time to find the right balance between them to make the real stuff work in the dramatized film. It’s a written script based on my experiences and interviews, but the film itself is fiction, based on documentary sources.

In terms of the visuals, I worked closely with the art director, Rui Tenreiro. He is a Mozambican living in Stockholm, Sweden, and I really like his artwork, so we found our way. One challenge in the film was to combine two animation techniques, stop-motion and 2D animation. We needed to find a common visual style for the two techniques because we would make it into one film. We worked with a French studio, Foliascope, with Pierre-Luc Granjon for the stop-motion part and Hefang Wei for the 2D part. So, it’s a close collaboration with the three artists and me. 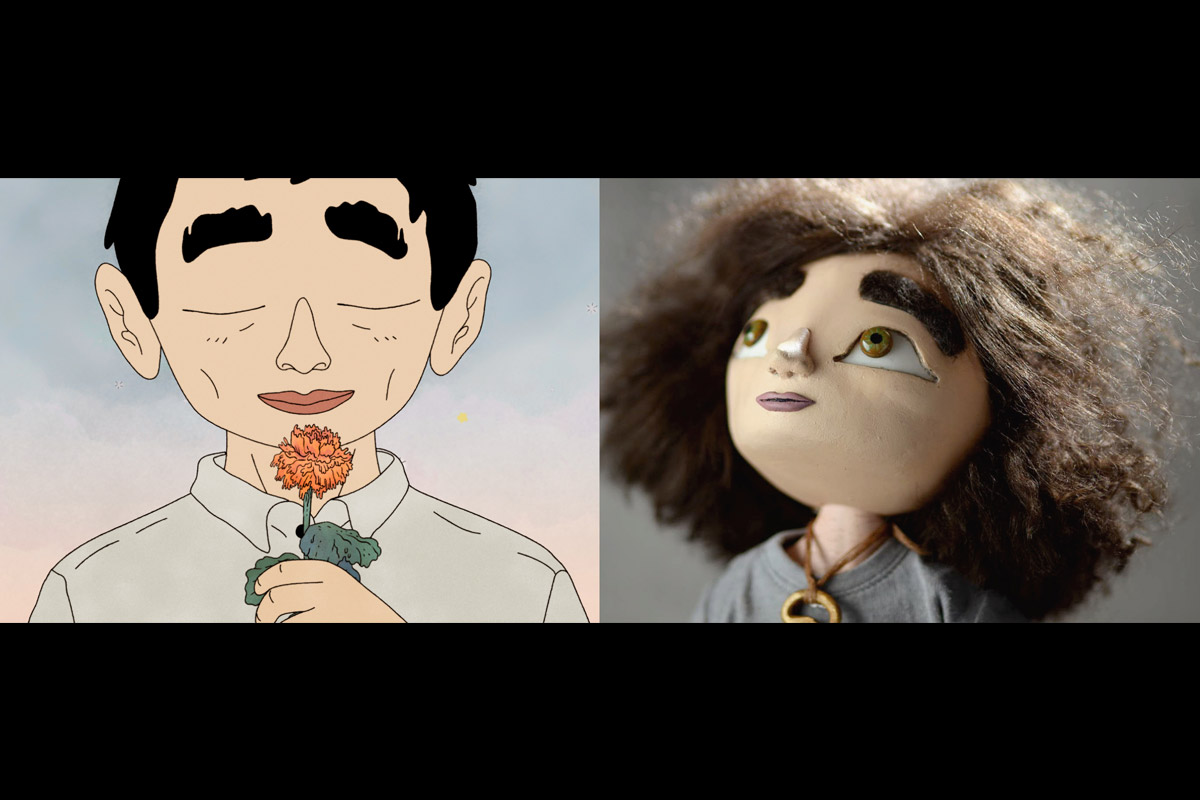 AW: How do you take people’s real experiences and translate that into film?

Mats Grorud: The two main animation techniques in this film, 2D and stop-motion, had a slightly different approach in each. I had a much closer relation with the stop-motion part, because it’s really about my experiences living in the camp and what was happening around me. And, with the dialogues, it was much easier to know what I wanted to show.

The difficulty of dramatizing it was finding the balance between how much should be documentary, and how much to make it into a movie that is engaging and draws people in, and letting the journey of Wardi be real and something that people cared about.

It was my first feature script, so it was quite a challenging task, but I had good help from the editor, the scriptwriters and the storyboard artists, who were really important to how I found the way.

The way of making the flashbacks in the film was a little bit different, because I didn’t experience them myself and I didn’t have much writing material for the scenes. So, I based it on interviews done in person or from historical sources. I tried to find the essence of a certain thing that I wanted to show, and fictionalize it with fragments of real things. I showed it by straying from the documentary part into the fiction part. Shedding some light into what is the truth in the story helps when you fictionalize it.

AW: How did you make the characters and events in the film emotionally convincing?

Mats Grorud: The only way I could make sure that we made something that worked was by letting the team bring their experiences. I realized early on that, if we want this film to be great, it’s not about my ego as a director, it’s about creating a space where the team feel confident and that the film is also theirs.

Although we had the storyboard, I was quite open to input throughout the process, working with Pierre-Luc Granjon and Hefang Wei, to see if our plan works.

I was open to both of the animators, and I found to come with their input if they felt there are ways that we can make it better. It was, until the end, quite a lot of work-in-progress. Even towards the end, we would change things, and Hefang would snap me out of it because we needed to make a picture we didn’t yet have!

AW: 2D Animation was used when the relatives describe their past. What was your reason of using 2D for those scenes?

Mats Grorud: I’ve used this technique before in my films, where I combined drawings for some scenes and stop-motion for others, so for me it was a natural choice. It is also a practical choice, such as in recreating the camp in the historical space of Beirut in the 50’s and 60’s, at different stages in time.

We felt the 2D drawings gave us this tool to be connected to what was real. We could easily draw details based on references and how things looked. It gave us this chance to be close to reality, which is what we wanted for the film.

Since I was collaborating with Wei, it was from early on that her style had the visual language I wanted and it was important for the film, so I brought her onto the project and see if we could do something unique for our film, based on her quite graphic style, and to have the peers’ input on the stop-motion and 2D world.

We wanted the flashbacks to not just feel like a history lesson, we wanted to try and explore the psyche of what happens to people in war situations, and we felt that the drawings made it much easier to visually base from. We have the visual freedom in the drawings to go to where we want. With the puppets, due to their physical nature, you are more stuck.

So, for a number of reasons, we felt that the drawings were a good direction to take. 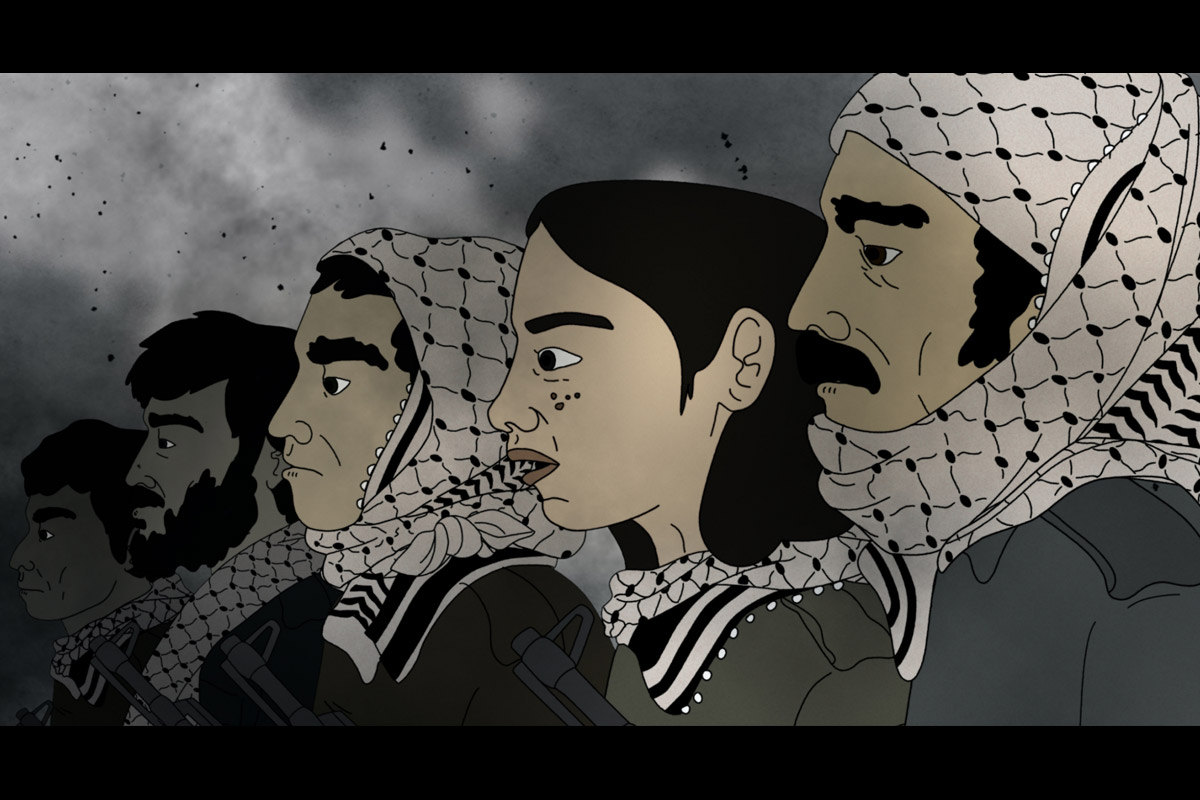