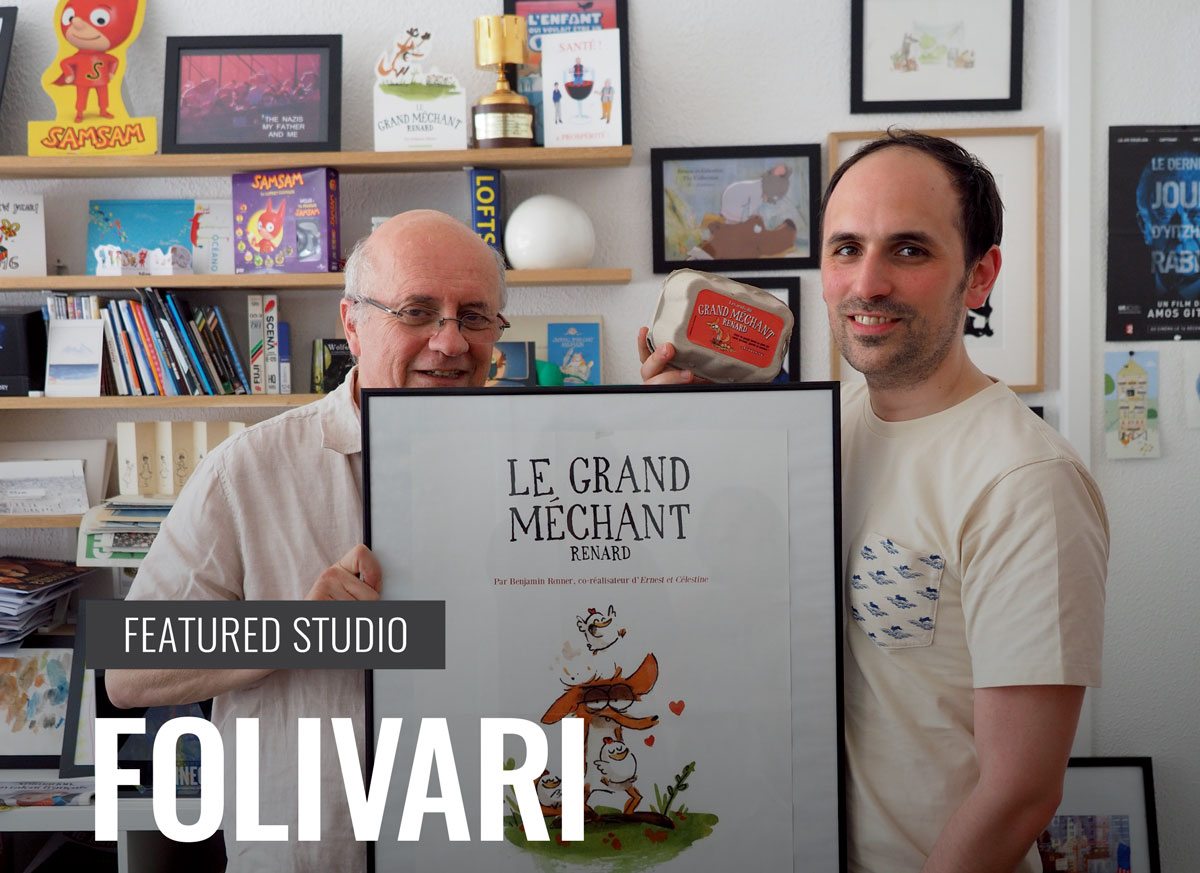 Didier Brunner is the founder of the Folivari animation studio, and a successful producer, who cultivated and led the French animation industry for decades by producing many masterpieces. His latest production is The Big Bad Fox and Other Tales... He told us that every animation project starts with love and passion for the story and creator. This special interview article covers the story behind his great works. Benjamin Renner will also be joining us to talk about his creative journey with Ernest and Celestine and The Big Bad Fox and Other Tales… as a director. 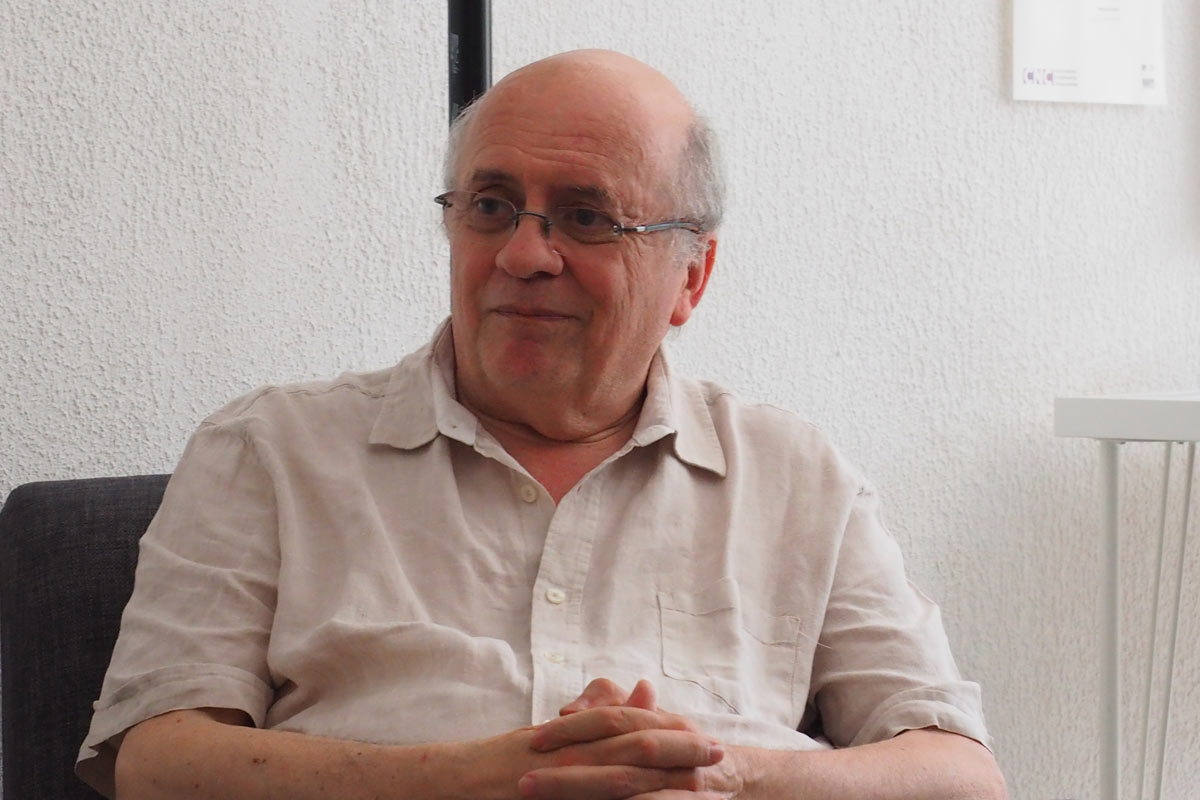 From 1987 to 2013, Brunner introduced and produced a number of major animated features such as Kirikou et la Sorcière, The Triplets of Belleville and Ernest and Celestine, while developing animated series for television. In 2014, Didier Brunner sold his former animation studio Les Armateurs and created his family company, Folivari.

Didier Brunner is a four-time Oscar nominee, for four different films: The Old Lady and the Pigeons, The Triplets of Belleville, The Secret of Kells, and Ernest and Celestine. He has won prestigious awards on several occasions. He received the César Award for Ernest and Celestine and won the award for best European producer at the Annecy International Animated Film Festival. He also received the Winsor McCay Award at the American Annie Awards, for his lifetime achievement.

Starting a career in animation

Brunner recalls the beginning of his career in animation as “an accident of life”. He says, “Before I came to the animation world, I was an Assistant Director and Director of commentaries and live-action educational films.” His first animation project starts from his adoration of the sketchbook on cats from Théophile Steinlen, the famous French artist. It was two-minutes x 26 episodes for La Sept, which became a TV network, ARTE, later. Brunner says, “I asked talented animators and an animation director to make their interpretation of each sketch.”

Brunner remarks, “All those old and very charming silhouette animation films from Michel suddenly gave me the crazy idea to propose to Michel in producing a new silhouette animation project, which has three tales in the TV special format of 26 minutes. We could finance it with Canal+ and Channel 4 with a great British producer, Clare Kitson. We made a beautiful TV special named Les Contes de la Nuit (English title: Tales of the Night).”

Soon after, Brunner discovered that Michel Ocelot’s approach is too artistic for a TV series. At that time, the kind of animation French TV channels want are series of action and adventure, inspired by Japanese Manga. So, Brunner decided to change his path and told Michel Ocelot, “I think for TV, it’s over. We would never succeed in financing your project with the funding from TV companies. Perhaps we could try to make a movie, for cinema.”

This became a turning point for Brunner. After suggesting the idea to Ocelot of changing the format to films, Brunner received a script from him, which becomes Kirikou et la Sorcière (English title: Kirikou and the Sorceress), one of the historical masterpieces of French animation.

Brunner still remembers the feeling that he had after receiving the script and illustrations: “It was amazing, incredible, beautiful, and with very expressive design. I immediately felt that I had in hand a great film project. Michel and I decided to try to find the funding to make this film. At that time, animation for cinema in France was complex and non-existing.”

According to Brunner, it has been a great difficulty with this project to find distributors or investors in France, due to its strong artistic challenge at that time. One of them is in the opening scene: It is the nativity of a little African baby, who is the main character of the film, that Ocelot wanted to keep. Another one is having the women and children in the film be completely nude, which could be perceived as provocative. Brunner said that Michel told him, “I want the film like that. I don’t want to dress the women and children because my film takes place in Africa in the 19th century, an old time.” As a producer, Brunner tries to create the film while keeping in line with Ocelot’s artistic direction.

Brunner recalls, “Canal+ was a channel that wanted a film to highlight its differences compared to the other channels. It was at the very beginning of Canal+ and they came on board for this project. We also got the funding of the selective commission subsidies named ‘Avance sur recettes’ from the French national film centre*1.

*1 the official name is “The National Center for Cinematography and Moving Image (CNC)”.

Brunner also found a Belgium and a Luxembourg producer, and the budget for the film project reached €3 million. With that, they all decided to start making the film. However, during production, they found themselves going over budget. It is their first animated film, so they were close to failing the project. However, Brunner found a good distributor who places a minimum guarantee for international rights and helped them finance for the rest of the project. Brunner says, “Canal+ had put more funding than at the beginning of the project, so we could have enough money to finish the film.” 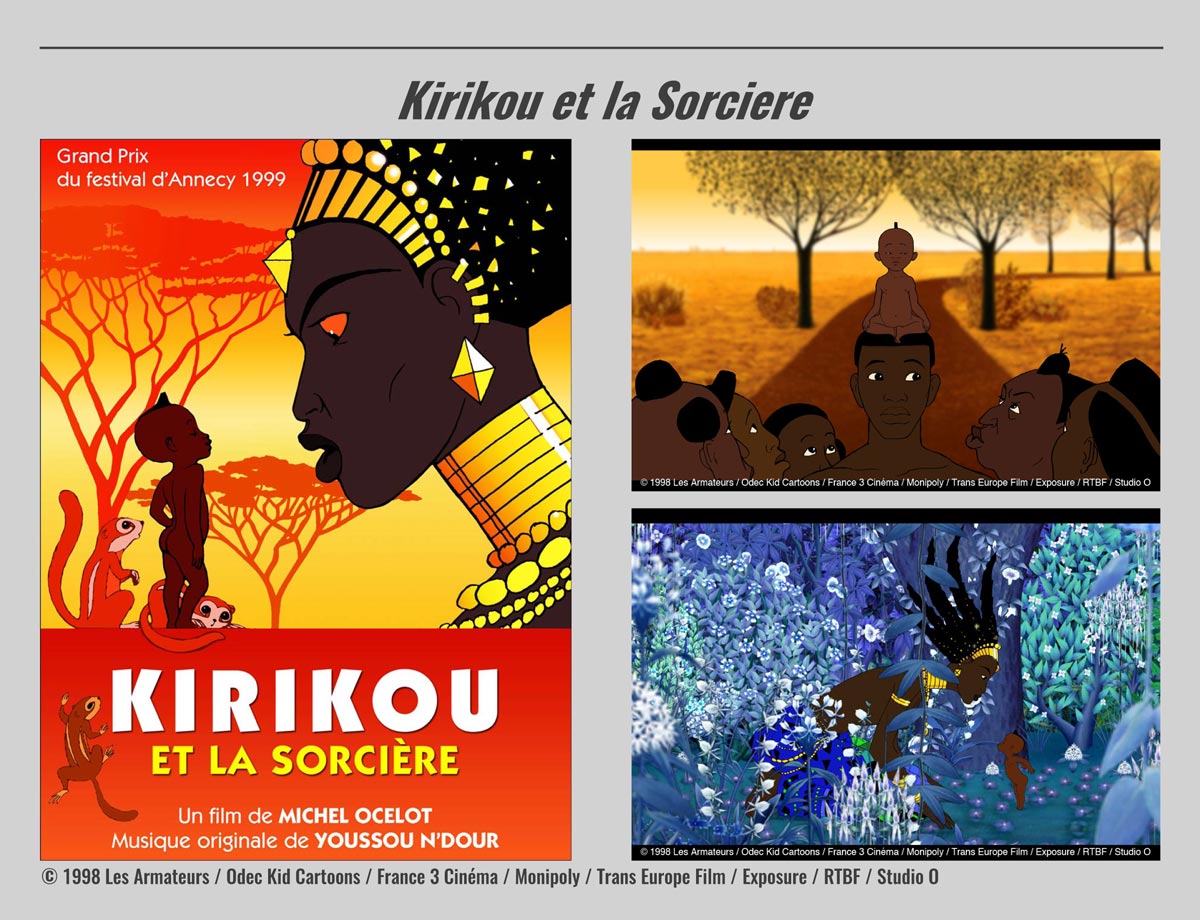 The unexpected success of the film

When the film Kirikou et la Sorcière was completed, Brunner had to find a French distributor to release in theatres. He met Marc Bonny from Gébéka Films, and Marc took the risk of investing in this challenging film project by deciding to distribute, advertise and market the film. The number of opening theatres in France was less than 60, which was a very small release according to Brunner.

In spite of its small release, the public’s response to the film was much better than expected, and ended with more than 1.5 million ticket sales in France. Brunner remembers: “The people were very enthusiastic and the theatres became full. Then other cinema owners wanted to have the film in their theatres. It was a surprising success.”