07. “The Extraordinary Voyage of Marona”

The Extraordinary Voyage of Marona 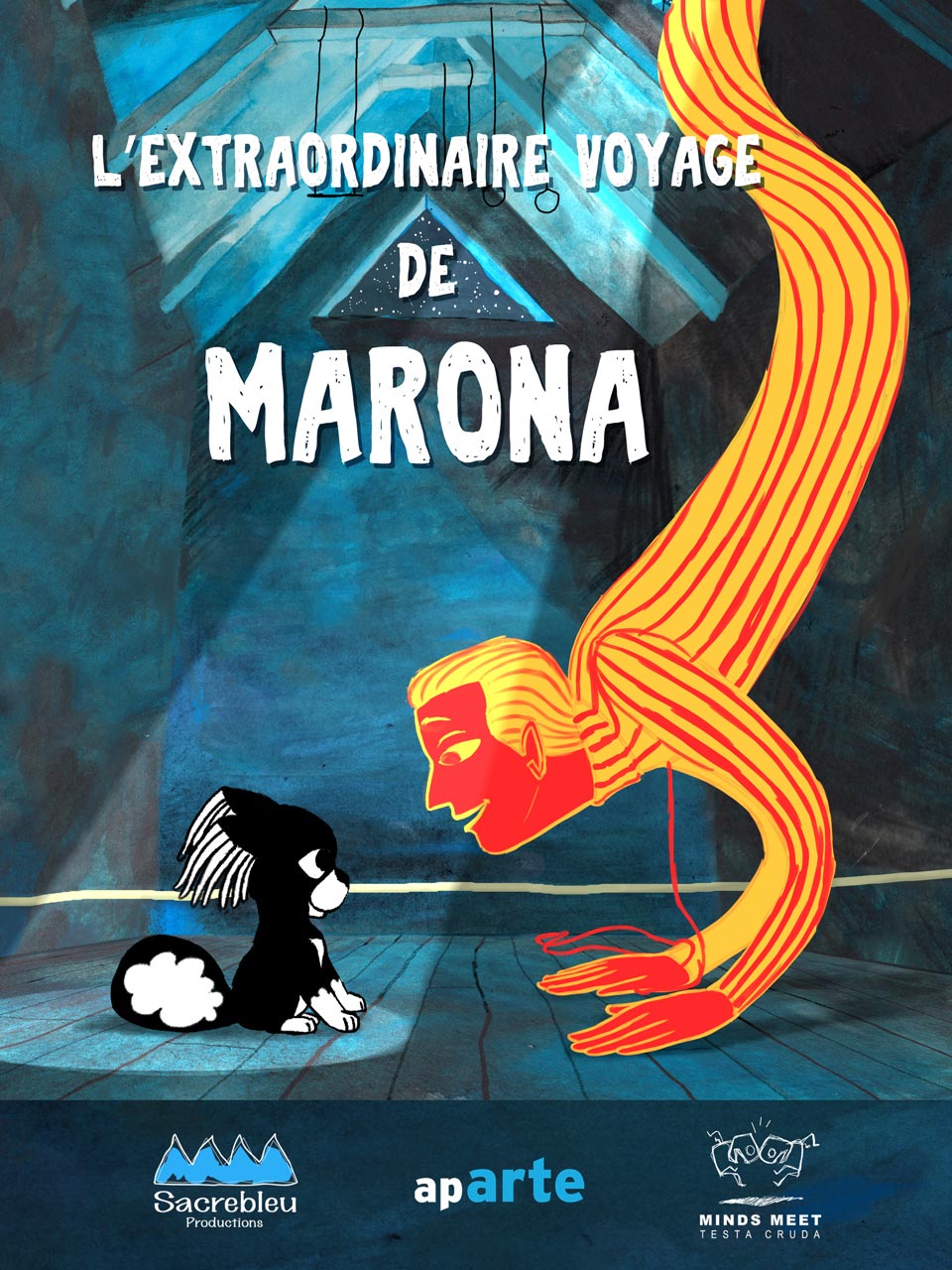 A victim of an accident, a small female dog is remembering her life, and her different masters that she has unconditionally loved. With her unfailing empathy, her story is a contemporary tale of love. 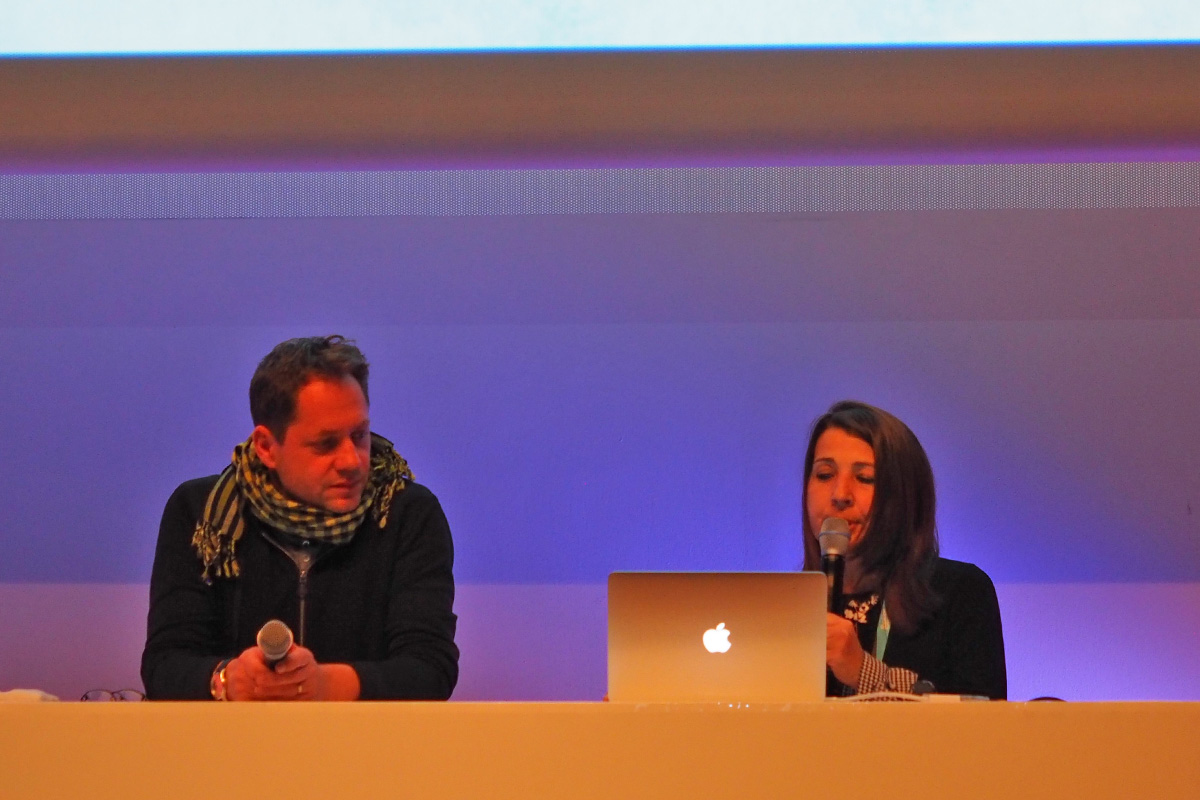 The Extraordinary Voyage of Marona is an animated film project that invites you to a very unique and fantastical visual world. It was pitched during Cartoon Movie 2017 and returned to Cartoon Movie 2018 with new visuals. They showed some animations, which were work-in-progress, and all of them were very impressive. The movement of characters, composition, and camera work of each scene are totally free from the rules of our real world. I felt that I could dive into Marona’s story and her experiences more deeply and directly. The completed film will be promising. I heard from Anca Damian, the author, director and producer of The Extraordinary Voyage of Marona about how this fascinating animation is developing.

Anca Damian: The story was inspired by a true story: I saved a female dog, who actually is now named Marona, in 2014 in the streets of Bucharest, Romania. I tried to find someone who would foster her, as I have a male dog and she was in that period where she could get pregnant. She is a very special dog and changed every family where she was kept for some weeks. I was doing my film The Magic Mountain (2015) at that time, so that I was very busy and needed to travel a lot and also take care of my dog. But I couldn’t disappoint her, so I really took care of her till she was adopted (and even afterwards). This experience is the source of the script for The Extraordinary Voyage of Marona. The script was written with the huge help of my son, Anghel Damian.

HN: How did you develop the whole story with many interesting characters and very original artistic visuals?

Anca Damian: The ingredients for my story which I believe are emotion and humor. The animators of our project told me after they know me that I always break the drama with a joke, such as with life, and is paradoxical for me.

Regarding to the visuals, I approached Brecht Evens, who could define the characters with his strong visual style. Brecht introduced me to Gina Thorstensen and Sarah Mazzetti, two brilliant illustrators, who are working on the backgrounds of the film now. Except for Gina, who has worked as visual artist for music clips, Brecht and Sarah hadn’t had any experience of working on animation. So, they are bringing a fresh visual approach to this film with their fantastic individual talent.

I always work with a visual concept and references, but while collaborating with true big artists, I always receive more from their touch and… That can’t be explained in words. But it is just brilliant. 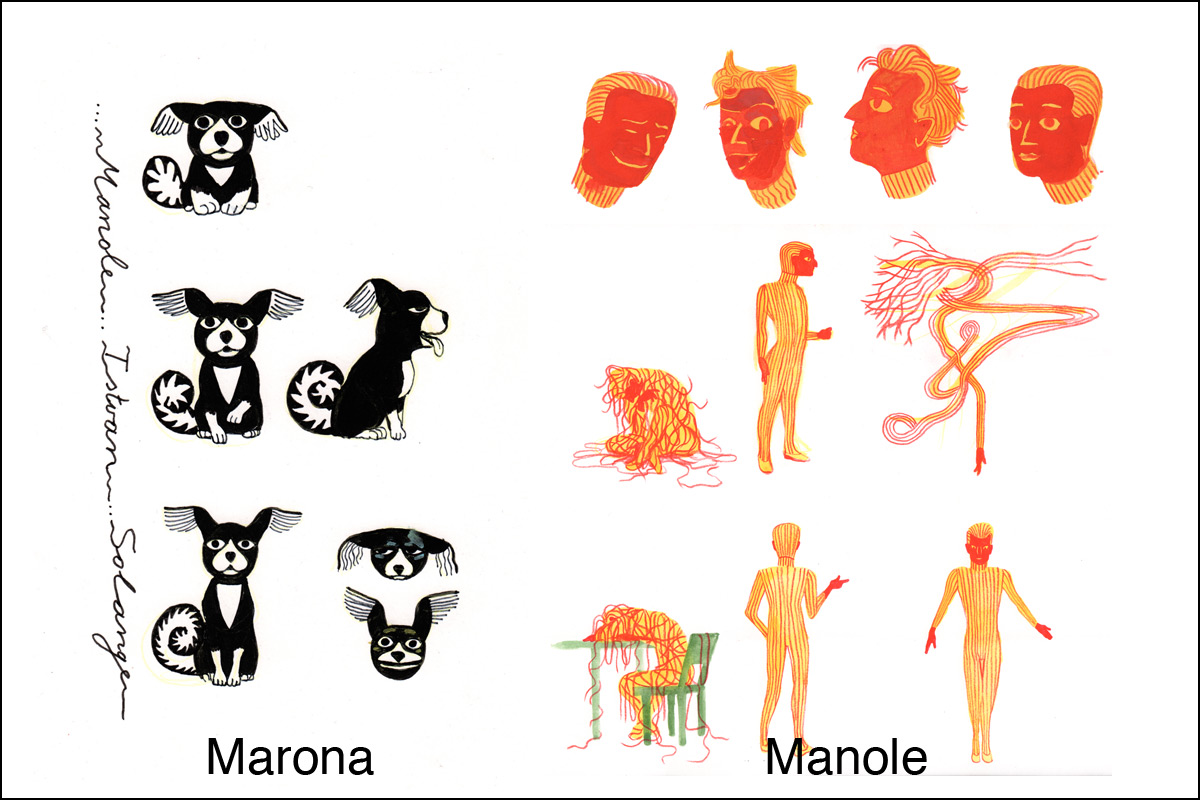 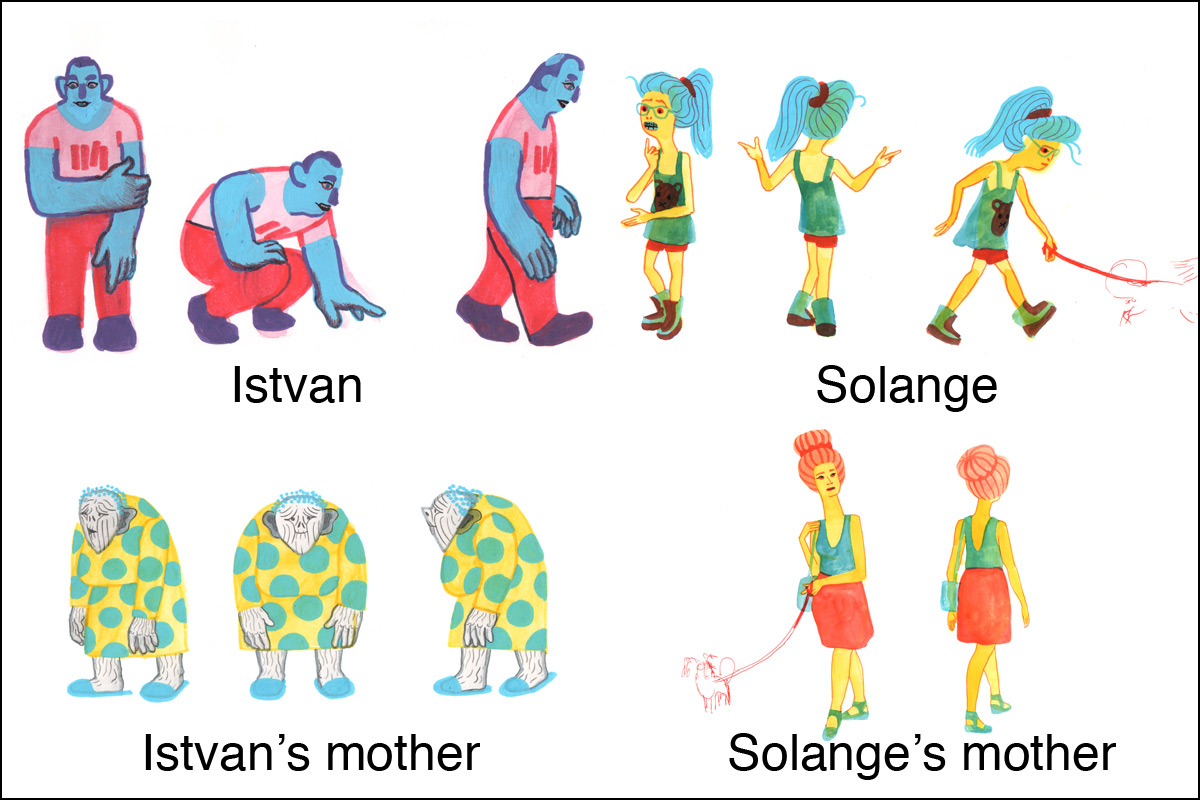 HN: Could you please let me know how are you developing very unique actions of characters, screen compositions and camera actions? Those are really fantastic.

Anca Damian: My way of working is based on having small animation teams, and I try to involve artistically each animator. I dedicate a particular character to each one and develop the character with them. We discuss with references to push each character further, to make them stand on their own. We talk to each other for each shot in all stages of the animation. I give feedback to each animator and I get input from them. I am grateful for their artistic involvement, and then wonderful energy starts to develop between us. These make the project come alive.

To start with, the animator Dan Panaitescu is in charge of one of the main characters, Manole, the acrobat. He is a brilliant animator, very creative and productive. I deeply appreciate him as an animator and as a person. The red lines in the visual design concept of Manole by Brecht, were the energy of the character and we needed to define how he moves and how he is. When I found the serpent acted by Bob Fosse in The Little Prince (1974), this reference opened the door to give Manole this fascinating character and life in the animation.

The animators for the three ages of Marona (each time she is with three different masters: Manole, Istvan and Solange) are Claudia Ilea, Marjorie Caup and Mathieu Labaye. Hefang Wei and Paul William are the animators for Istvan. Nicolas Rolland animates Istvan’s mother. Chloe Roux animates Solange. The animator for Solange’s mother is Stephanie Cadoret. Jerome Daviau is responsible for the Grand Father. And the team for the sets are Sergiu Negulici, Alizee Cholat, Jimmy Audoin, Michael and Frederic Palmers. It is a team spread across Europe: Romania, France, Belgium, Norway and Italy. The film will gather each individual contribution in a whole that I love to orchestrate. A lot of work, but very rewarding and fun. 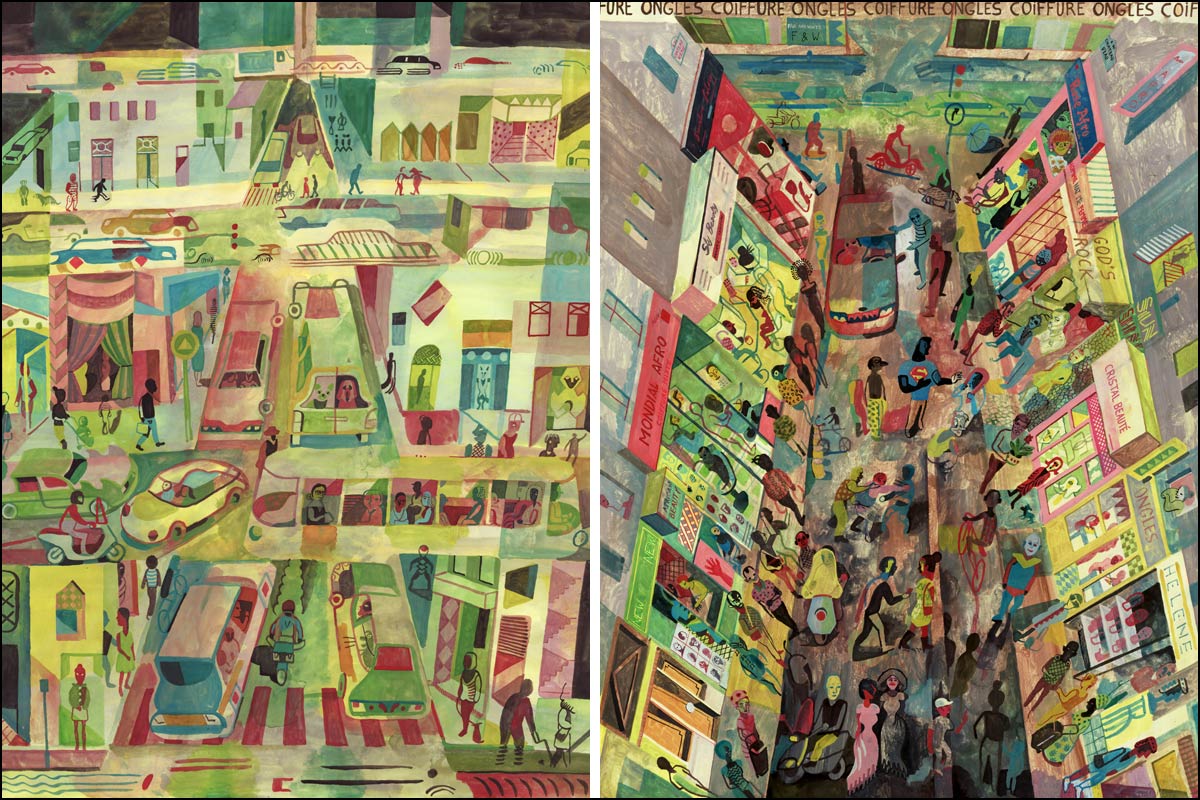 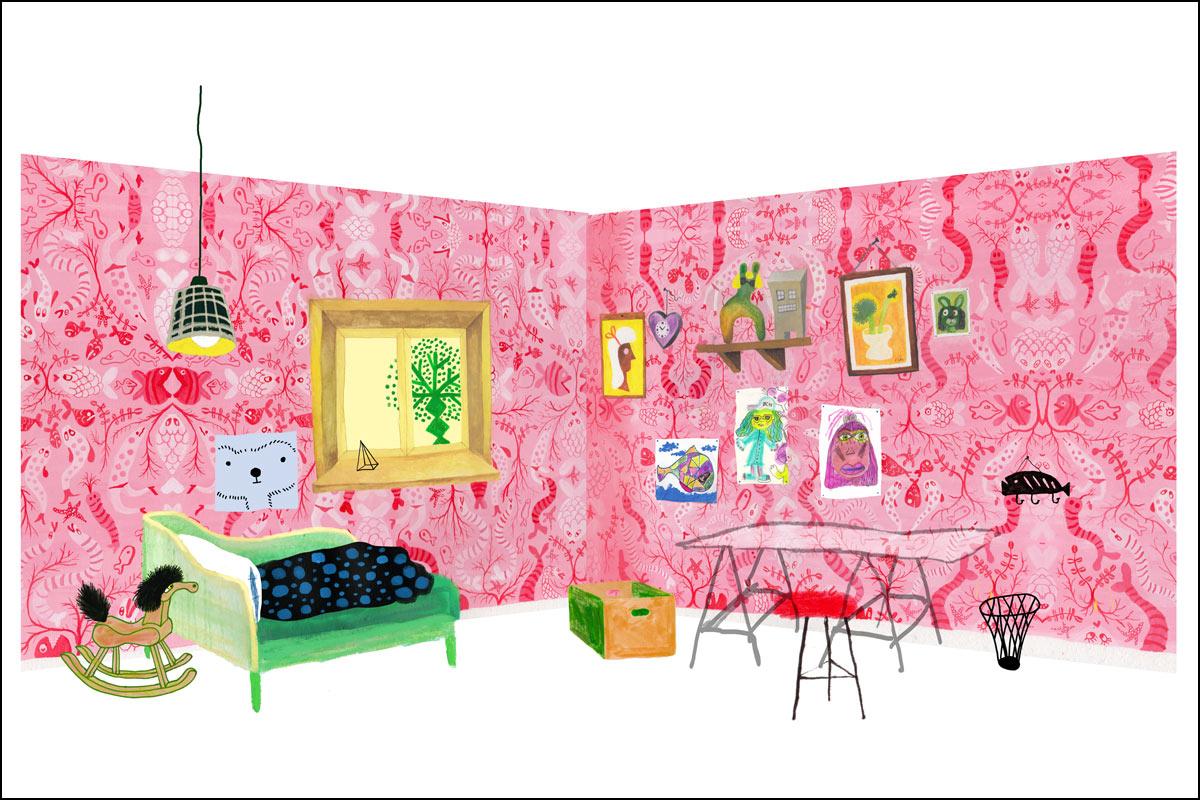 07. “The Extraordinary Voyage of Marona”