DreamWorks Animation and the director of Madagascar invite you to meet a most unusual baby. He wears a suit, speaks with the voice and wit of Alec Baldwin, and stars in the animated comedy, DreamWorks’ The Boss Baby. The Boss Baby is a hilariously universal story about how a new baby’s arrival impacts a family, told from the point of view of a delightfully unreliable narrator, a wildly imaginative 7 year old named Tim. With a sly, heart-filled message about the importance of family, DreamWorks’ The Boss Baby is an authentic and broadly appealing original comedy for all ages.

DreamWorks Animation’s new family comedy animated feature The Boss Baby, inspired by the best-selling picture book by Marla Frazee, is a story of the most unusual baby who arrives to Tim’s home in a taxi, wearing a suit, carrying a brief case, and speaking with the voice and wit of Alec Baldwin. The baby, Boss Baby, is actually a spy on a secret undercover mission, and only Tim, an imaginative 7-year-old boy, can help.

We had a special opportunity to interview with the director of The Boss Baby, Tom McGrath. 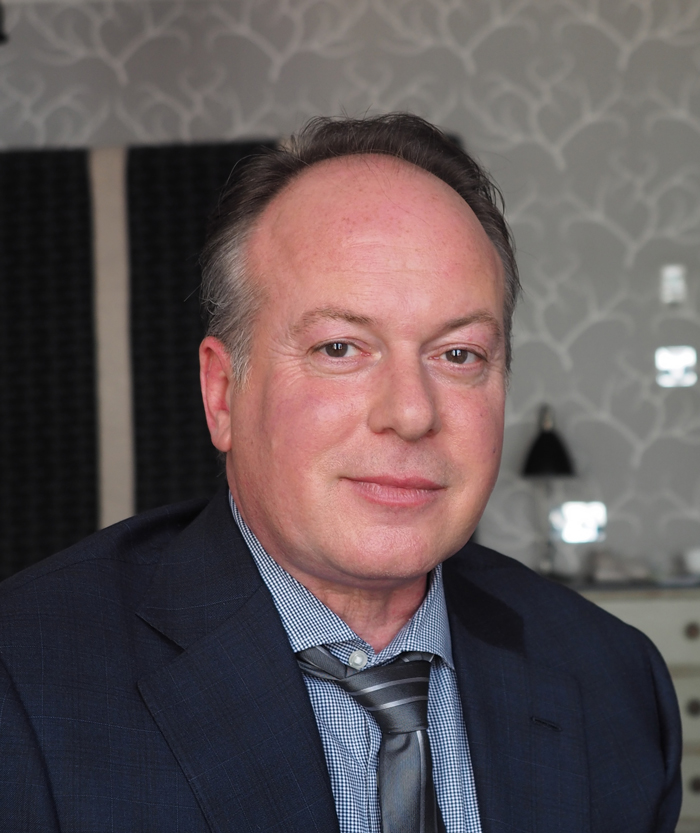 Developing a Movie of No Other Kind

Hideki Nagaishi (HN): What was your first impression when you read the original children’s book? What about it inspired you?

Tom McGrath (TM): When I just finished the movie Megamind, I met a development executive Damon Ross, who went to a book fair and found this book by Marla Frazee about a baby in a suit. At that time, they just acquired the book because they thought it was interesting. I had the same interest. I felt that it is really original because I’ve never seen any baby movies or sibling rivalry stories before. It was a great metaphor for any parents when they get a baby that is a boss and they take over the house.

The book was small, but a really great springboard to build a bigger story of. The studio got me together with Michael McCullers who wrote the Austin Powers movies, and we just started brainstorming. There is a great theme of rivalry and competitiveness; what if the babies were competing with puppies, where do babies come from, maybe they come from Baby Co., and puppies come from Puppy Co., there is a rivaling kind of cooperation, much like Microsoft and Apple, something like that. The more we explored it, the more ideas kept coming.

The Joy in Animation

HN: The acting of the characters in The Boss Baby is comical and made children laugh a lot when I watched the film at a screening event for families. What kind of things did you take into consideration to make them so comical and fun for kids?

TM: Usually, when you write a script, sometimes a film could turn into talking heads. We really wanted to make the animation fun, expressive, and make the characters move in a funny way, because that’s the joy of animation. It’s a character of your life. When I learned animation in making a film as a student, you learn animation by using no dialogues at all and telling the story with no sound. So the rule of animation is that it can be entertaining when the sound is completely down. So that was our inspiration.

When we look back at our heroes like Chuck Jones, Tex Avery, and Bob Clampett, and the squash-and-stretch style, as well as particularly those animations with characters that have very large whites of their eyes with very small pupils, I’ve seen that so many times that we wanted to do larger soulful eyes so that they can emote more and emphasize the accents, so the acting would really be a big part of the movie. We really designed our characters to suit the story in every way.

HN: There are very funny gags that adults were able to enjoy at the screening event. I think it attracts wider generations. How did you keep the balance of all the funny parts to make it possible to attract both children and parents?

With animation, it is easy to think that your kids can enjoy the physicality of it or the story of it as the same as parents, but the one thing we did notice is that there are so many different points of view that you can play off of, whether you’re the kid in the movie, The Boss Baby, a parent, or even the jokes about the corporate workplace. There were always points of view we could add to the movie and some of those jokes play with the parents and the kids.

HN: The characters and background art look rather simple compared to a more realistic style. What were the thoughts behind it? What were you aiming for?

TM: Simple is harder. I think we went back to our roots of animation when it felt more painterly. I started to realize that in a lot of animated films, there is so much on screen, you don’t know where to look. The philosophy with old-school animation is to lead the eye where to look. Sometimes with paint, you can let the background fall away. The difference is that if you know art, it would be between the realism painting movement, and the impressionist painting movement. We’re going for the impressionist painting movement. As it’s so simple, there’s actually more scrutiny to make stuff look simpler. When it’s detailed, you can add a bunch of detail to it and it hides bad composition. We’re doing something very simple, and the style is actually more artistically challenging.

HN: Why did you cast Alec Baldwin as the boss baby?

TM: When you look at the drawing and looking at the baby in a suit and you think of voices, Alec Baldwin just came to mind. I worked with him on Madagascar to play Makunga the lion. It was a very small part, but he turned into a bigger part because he was so funny and he would improvise. Having worked with him before and knowing that his voice is such a rich voice, it’s funny if it’s coming out of a cute little baby. The combination of those two is just really funny and everyone got the idea. In fact, I took a baby from Megamind and took lines from Alec Baldwin from 30 Rock and had an animator animated that, and everyone who saw the clip laughed at it.

Challenges as a Filmmaker

HN: Have you faced any difficulties during the production? If you did, what were they?

TM: I think that for the challenges as a filmmaker, there are two parts to this question. One is that we had so much material that was really fun and funny, but we have to cut it down into 85 minutes for the benefit of the movie. That was very challenging, but at the end of the day, you have to make choices.

The other thing was just to make 400 people do the same style of animation. The great thing about DreamWorks is that we can do different styles, like How to Train Your Dragon is very different stylistically from Madagascar. When it comes to The Boss Baby, it’s getting everyone on the same look. So, we actually developed our own school for anyone who came to the movie to understand the design theories of the 60’s shape languages and put together even books of materials so anyone who came to the movie would get to be on the same page.

HN: What’s the most memorable experience of creating this film, this time around?

TM: So many great milestones. I think the first time we started to do a test of what the fantasy world would look like, and started developing them in 3D stereo is really exciting, because the imaginative sequences were an original concept that we want to put in the movie to show, but we didn’t have the software to do it, so we were developing it. I think seeing that and knowing we could do it was very exciting. These things take a long time to do. After storyboarding them, when you see your first animation of the character, that’s like a big moment after a period of “oh, can’t wait to see it!” We always have these really great milestones of what the different artists that come on the show get you through, in the five years of making the movie.

The Power of Animation with Storytelling

HN: Could you please let us know your favorite scenes in the film?

TM: My favorite scene is the ending. There’s no dialogue and is really all just music and visuals. I think that’s the power animation has with storytelling. You can have a character stop talking and play emotionally, and to me, animation is a salvation of all mediums: acting, theater, music, and dance. There is one sequence that incorporated all those mediums, and it was the emotional payoff to the whole story. To me, that it is the closest to my heart because we actually started the story with the ending, and tried to figure out how to make that payoff emotional.

Open Your Ears and Your Heart

HN: What is important for you when you direct a film for it to be good?

TM: As a director I’d say, to allow people to play in your world and cheerlead them, and support the idea that there are no bad ideas, and letting other people contribute, then they get passionate about the movie as well. You want everyone to be passionate, so I say open your ears and your heart to other people’s ideas.