The much-anticipated sequel to the worldwide hit family film finds Paddington happily settled with the Brown family in Windsor Gardens, where he has become a popular member of the community, spreading joy and marmalade wherever he goes. While searching for the perfect present for his beloved Aunt Lucy’s 100th birthday, Paddington spots a unique pop-up book in Mr. Gruber’s antique shop, and embarks upon a series of odd jobs to buy it. But when the book is stolen, it’s up to Paddington and the Browns to unmask the thief…

We can meet the extraordinary bear Paddington in cinemas again. The sequel of the globally successful heart-warming family film based on Michael Bond’s widely world-renowned British classical children’s literature returns to cinemas in the UK on 10th November 2017.

One of the amazing features of the film is how charmingly Paddington moves and acts. So how did this lovely main character Paddington come alive in the film? We could have a rare opportunity to interview Glen Pratt, the visual effects supervisor of Paddington 2 from Framestore, one of the top VFX studios in the world, to hear about the story of the making of Paddington from the technical aspects of 3DCGI on 6th November. We are happy to be able to share his words with you.

Animationweek (AW): Could you please let us know the role of Framestore and yourself in the film project?

Glen Pratt (GP): I, Framestore, was involved from the first one again. We were brought on again to revise over 1,300 visual effects shots for the entire job. Around about 750 were animated Paddington shots. So, I myself hadn’t worked in the first film but I was involved from the beginning of pre-production through the shoot, post and that process. There was Pablo Grillo who’s done animation director from print. He was there from the first film and he came through with the second visual effects supervisor that was there throughout the shoot and post production as well. And so we were the core to our teams. Then, all of that work finished just last week.

AW: How many people were involved?

AW: Is that to bridge the time difference? You’ve got a team on hand no matter what time of day.

AW: Are there any new challenges or things that you had to revisit when making Paddington 2, such as modeling, texturing, etc?

GP: Essentially, Paddington had been updated as a visual effect asset, so he had an entirely new groom; his fur behaves a lot better in this film as opposed to the last film.

As well as that, we had the baby Paddington feature in the beginning of the film, where it was quite a complex groom job, because he was in water. So there were a lot of challenges there and also just the actual look of designing him for those shots to make sure that he still looks appealing and cute. We got to the reveal of him being when Aunt Lucy grabs him at the end. There were a lot of decisions between the Framestore team with ourselves that we had to slowly arrive at, bit by bit, in concepting how he would look when he was wet and fluffy. 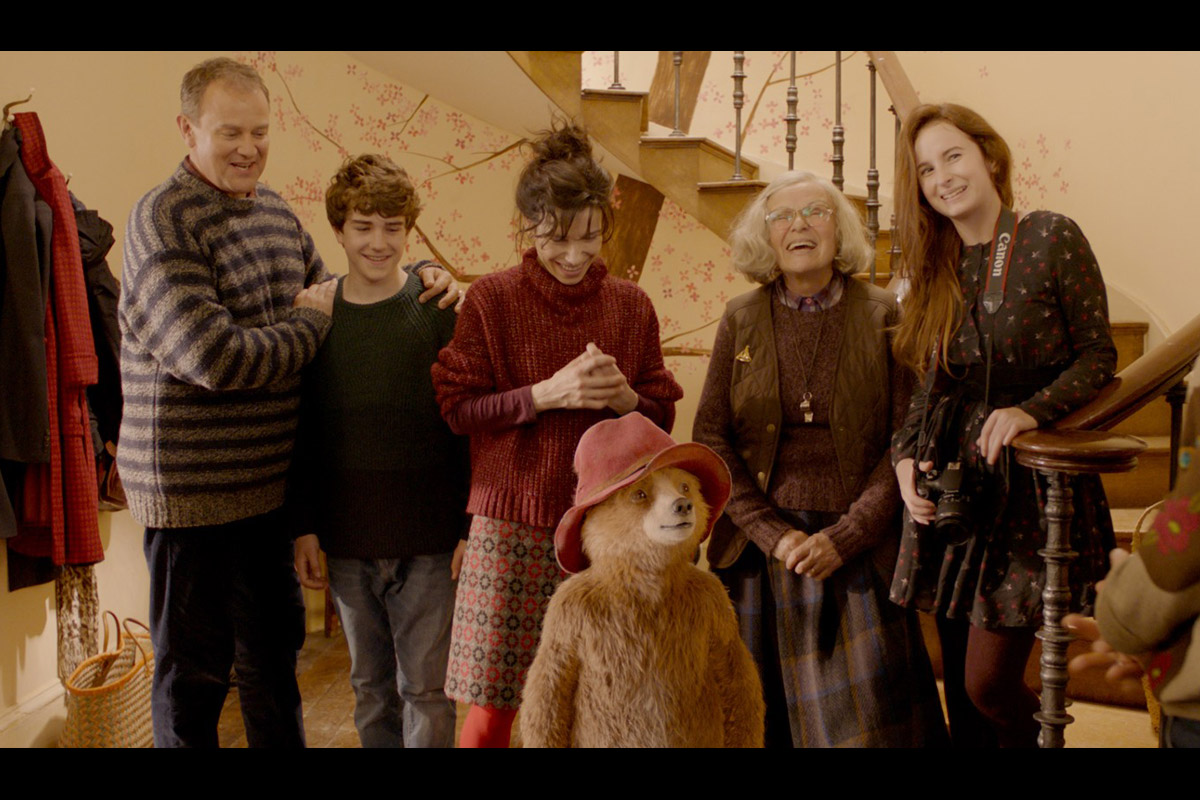 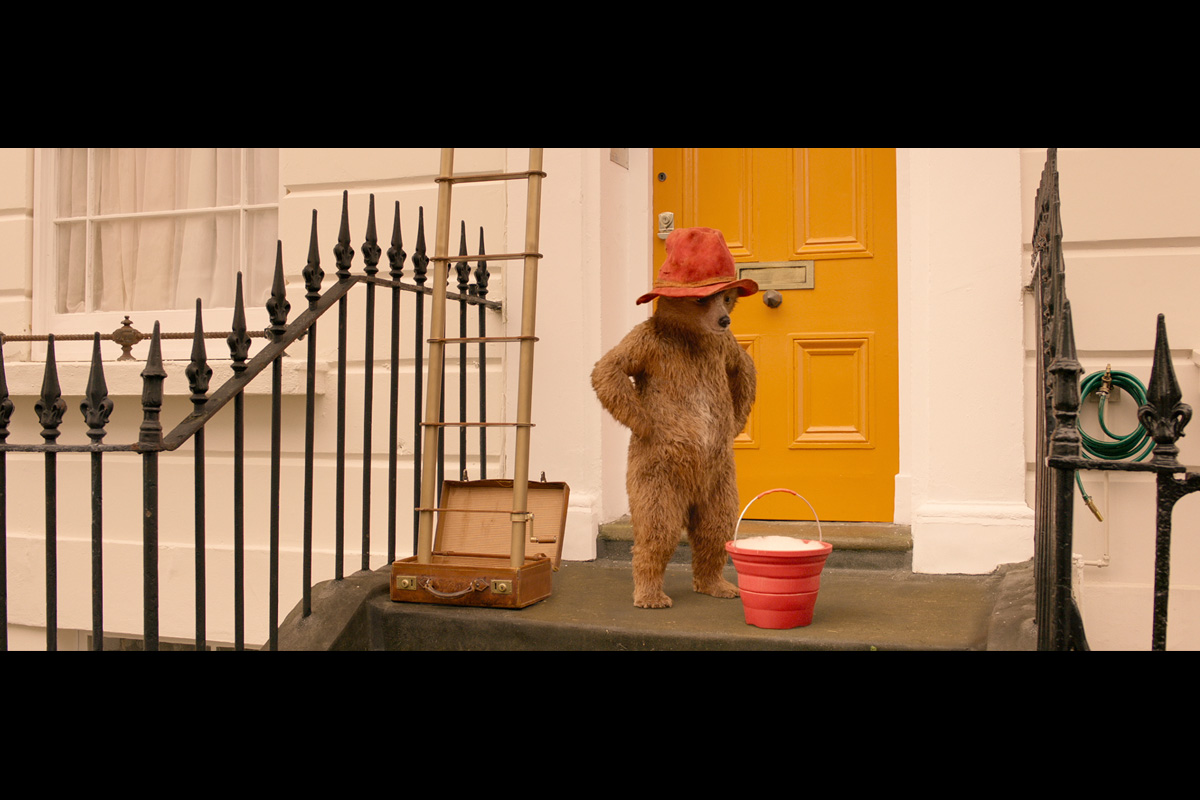 AW: How did the line of communication work? Was there a regular back and forth between you, Framestore, and Paul King in regards to the direction of the project?

GP: Pablo Grillo and Andy Kind worked closely with Paul on the first film. I was then brought in on Paddington 2. I got to know Paul through pre-production and then through the shoot on the main unit. We were all there through post production back at Framestore, where Paul was actually based for a little time. They then moved in just around the corner from our offices. Paul would be in 2 to 3 days a week, and by the end of the job we were meeting with him daily and just talking through the work. That was process that we were all comfortable with and it worked well for Paul and the other film makers. It was very collaborative in that regard. He was very open to our requests to get his feedback. It was a very beneficial for us to have a relationship like that.

AW: Was that something new for this film?

GP: No, I think there was quite a bit of that in the first film as well. It was something that Paul was comfortable with and we were comfortable with. It worked well. I think the results of that show because we got a lot of input from the director which was really helpful for the animation team.

AW: Paddington has such lifelike facial features in the film. We would love to know what kind of challenges Framestore faced in the process of creating a model with those lifelike expressions, and how you overcame them?

GP: It’s not so much the modeling, but it’s more that the animation team had a lot of core things to reference, so that they can place their work in something real and tangible. For Paddington, we used multiple references, and there is often cases where we look at Ben Wishaw’s voice recording as a key reference.

We had a professional performance artist, Javier, which Paul had worked with on the first film, who was present throughout the shoot. He would often help the actors on set understand what Paddington would be doing. Equally during post-production, we would set up sessions where we would shoot content to use as a separate reference.

Paul would give us performance capture content as a reference to help the animation teams make sure that there was enough coverage. There were multiple areas of input into what the basic animation of the performance would be. 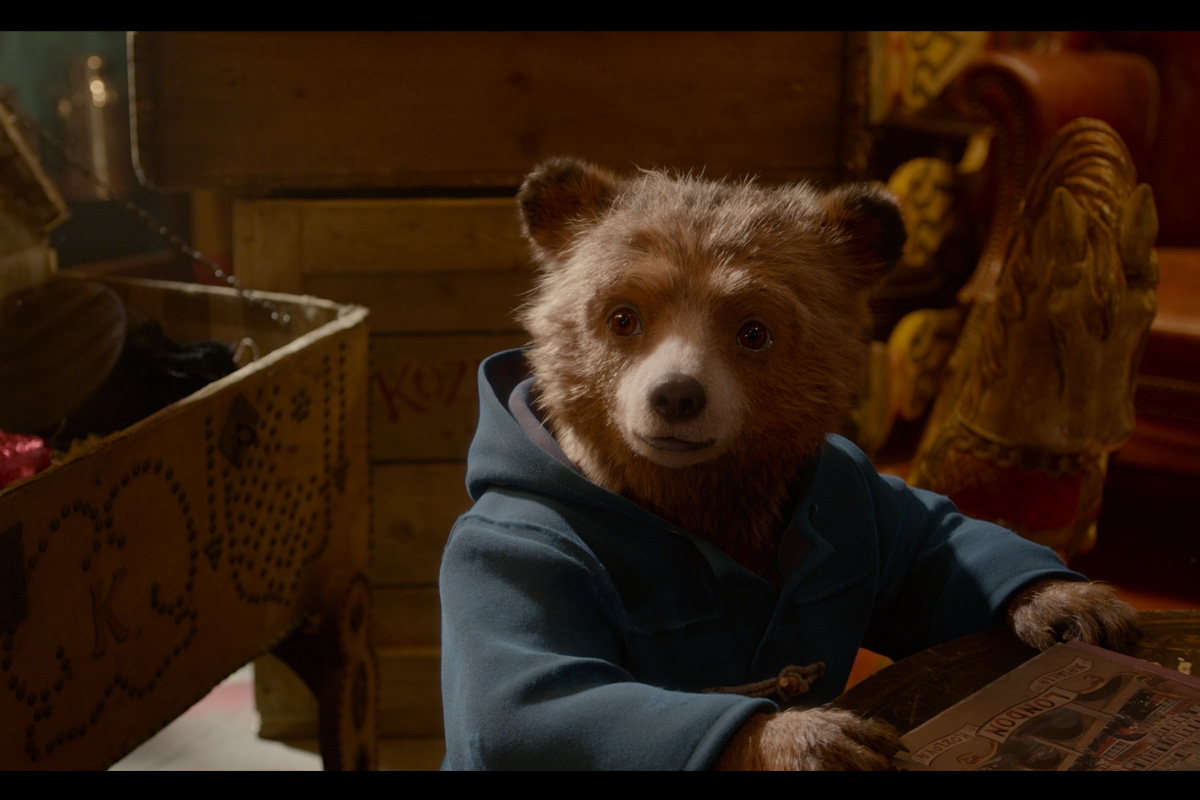 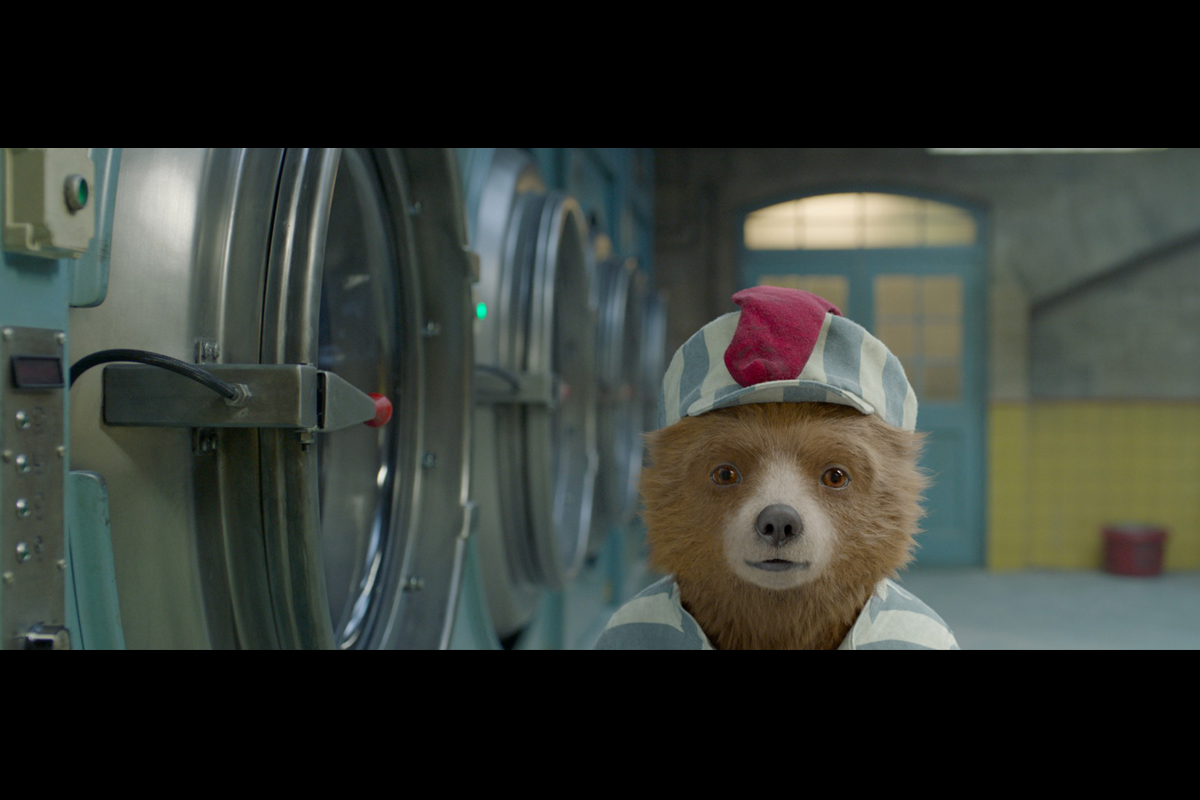 AW: Could you tell us more about the technical aspects linked to the lighting, and the balance between the live action shooting on set and how you replicate the lighting in CGI?

GP: When we’re there actually shooting on the day, there’s a number of processes that happen that we try to keep as invisible as possible.

We were always filming ‘witness’ content that captured the set up itself, so we can understand where the lights are on the sets in relation to the camera. As well as that, we capture HDRI (high Dynamic Range Imagery), which give a high dynamic range to create a light model of that scene at that time. We also then get the traditional silver balls, as they call them, where you have a globe which is one half reflective chrome, and the other half a matte grey, which gives us a reference in front of the camera with a Macbeth Chart, which is a color chart that allows the lighting team back at Framestore to pick up the necessary data to replicate the lighting conditions on set at that particular time. We have a lot of very talented artists at Framestore that can use that data as a casting point for the lighting geometry.

We would then take that content and ask ourselves, “does it look right?” We would then push forward and try to lock a continuity for him through a scene. We would have one lighting set up that would work throughout the scene providing a continuity of how Paddington looks from scene to scene.

AW: Were there any new challenges that came along that you hadn’t experienced from the first film?

GP: Yes, one scene that we had that was quite tricky was when Paddington was on top of a train being buffeted by the wind. We had to push the simulation of the fur to make sure that it felt like he was in a lot of turbulence as you would be on a train at high speed.

That was probably one of the more challenging things to realize. Additionally, we had to make sure his hat and coat behaved in a way that looked real but at the same time honored the original Paddington design. It was a fine line to tread, to get that right. 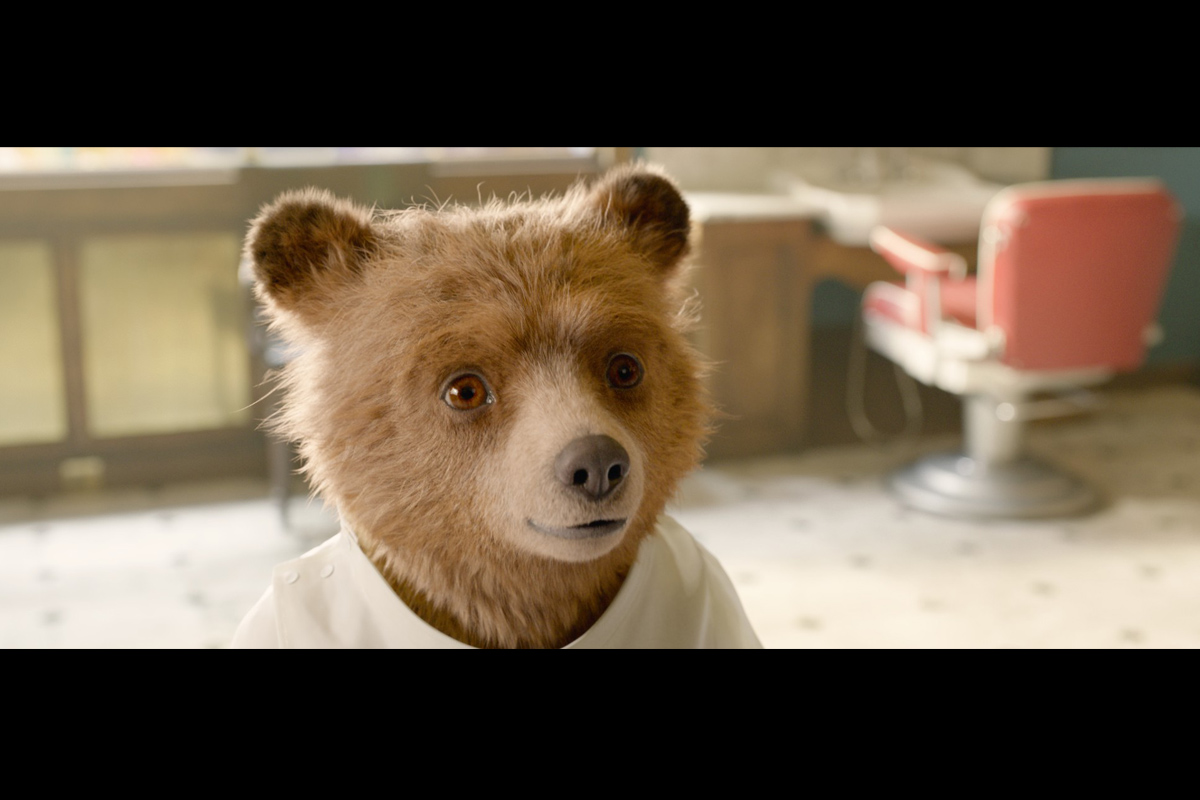 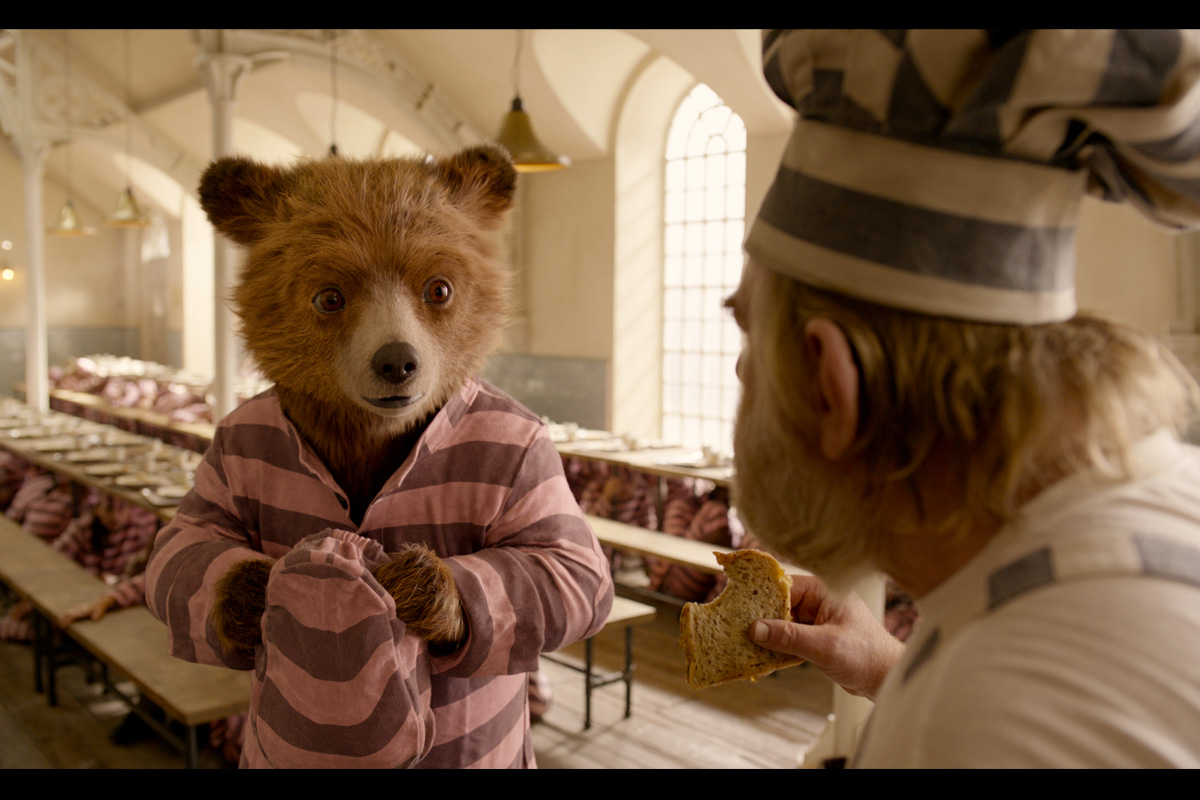 AW: What was your favorite scene that you worked on?

GP: The scenes in the barbershop were challenging because we had to create a vibration effect on Paddington. We had to do a lot of testing to make sure it looked right and was funny at the same time.

Also, there are multiple scenes in prison that were challenging, in addition to the scenes where Paddington interacts with the pop-up book. They were all challenging sequences that took many, many months to realize.