At MIPCOM 2016, we had the opportunity to hear from Vick Wang, the director of Engine Studios in Taiwan, about his studio and current landscape of the Taiwanese animation industry. We hope this interview will help you grasp the overview of the Taiwanese animation industry, and hope you could meet them at MIPCOM 2017 to find out about his studio and Taiwan yourselves. 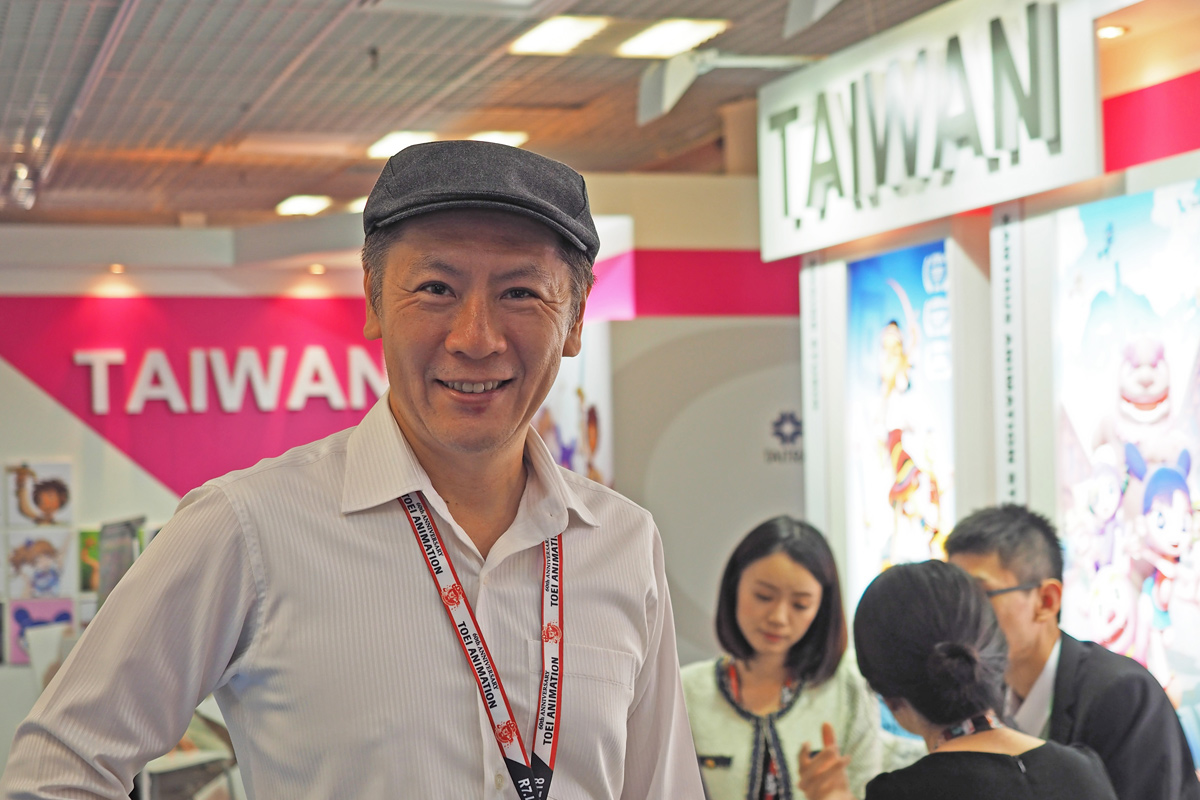 Animationweek (AW): Could you please briefly introduce yourself and your studio?

Vick Wang (VW): My background is being an animation director. I started my animation career in New York, USA. I majored in computer graphics there and worked for a post-production company. Then, I came back to Taiwan about 20 years ago. Since then, I live in Taiwan and work in the animation industry.

I started working in Taiwan as an animation supervisor, then I became a commercial director and started a small animation studio with some partners, which later became one of the largest animation content developing companies in Taiwan. We have made CGI animation TV shows MuMuHug in 2005, but soon after I feel that animation contents are not only for cinema or TV these days, it should maybe be with audiences in a public space or on a new media platform, and I really wanted to try that, so I left the studio and founded a smaller creative studio called Engine Studios. We’ve made art work like a panorama interactive animation, which was exhibited at galleries such as Taiwan Art Museum and National Palace Museum. Of course, I’m still working on some original TV series and developing animation films with my studio. Our new TV series is Go Go Giwas and the on going film project is LAQI.

AW: Could please tell us what you think about the Taiwanese animation industry?

VW: In a way, production, service based studios were grown and they are world class now, but I can’t say Taiwanese animation industry is growing steadily. Over these past 20 years, we are having a tough time making original IPs because of the scale of the market size in Taiwan.

AW: But we can see information about some animation titles at the Taiwan booth at MIPCOM 2016. They are original IPs, aren’t they?

VW: Yes, most of them are original IPs. This is a licensee show, so that we try to bring new projects and pitch. Taiwan started to come to MIPCOM and have a country booth since 2005. At MIPCOM, buyers buy ready-made products, but at the beginning, all Taiwanese studio, which participated MIPCOM, thought that this is the place to pitch projects and get co-production opportunities or get funding, so all of them had prototypes, not products. From 2007 or 2008, we could bring here some completed products and started sales here. We have been learning from this MIPCOM exhibition.

AW: What do you think are the characteristics of Taiwanese animation?

I think that we’re still learning story telling in different formats. There are animation festivals in Taiwan and small teams or small studios or students attend with their short films and those don’t become films or TV series products generally, but they have good experiences by telling story with short films.

In terms of the Taiwan booth in MIPCOM this year, I think what we can appeal with is 3D animation, CGI. And some young studios focus on traditional 2D animation. Many of them work with American and Japanese clients for their TV series as service oriented studios, by this opportunity they have recruited and trained many good animation talents.

AW: What do you think about the future of Taiwanese animation?

VW: We will try to reach international partners, especially Asian partners like China, Japan and Korea etc., because our local market is just not enough for supporting animated featured films. I think that co-production with different countries would be one of the better ways for creating the possibility of making a featured film project and extend potential market.