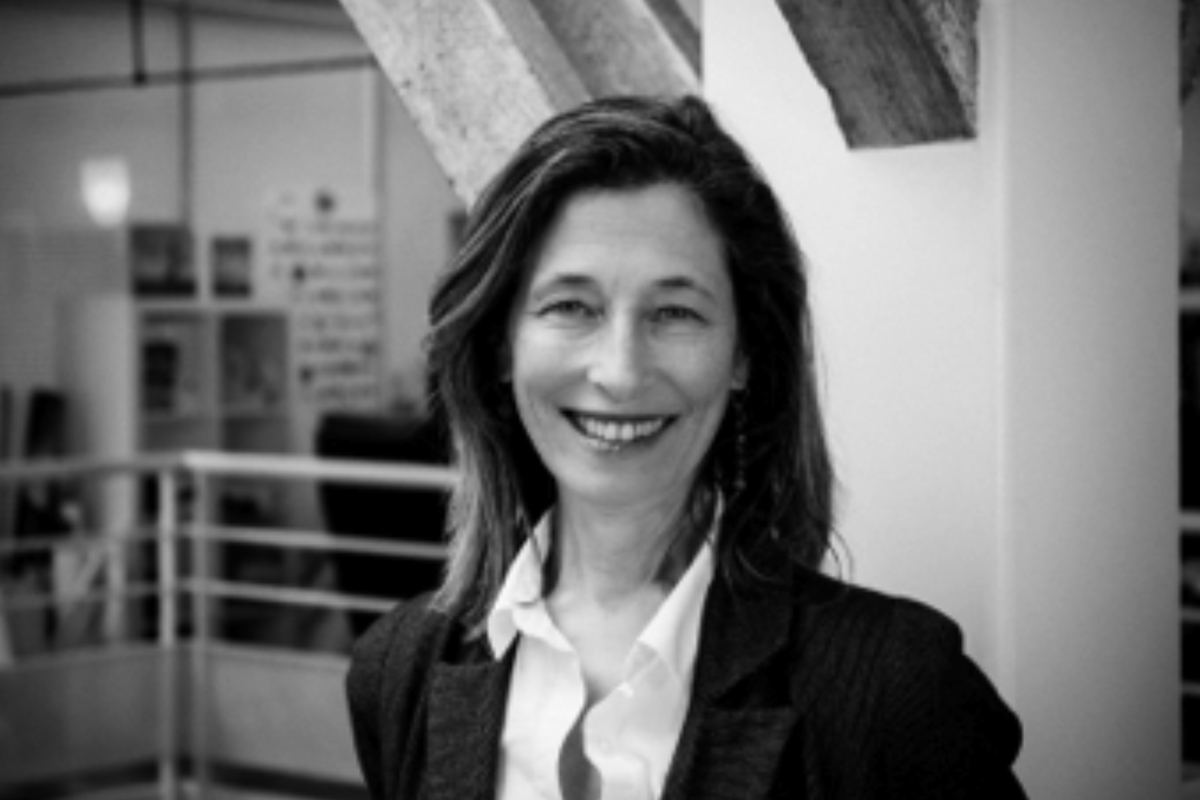 Starting with the Emmy® Awards nominated TV series Angelo Rules (now in its 4th season), to the recently launched animation series My Knight and Me, winner of the Golden Plaque award at the 2017 Chicago International Film Festival, TeamTO has been producing high quality CGI animation titles from France for the world. We had the privilege to have an email interview with Corinne Kouper, Producer and Co-Founder of TeamTO. We are happy to share the insightful story of their studio, including the animation business in Europe and US, and their exciting new projects with you.

Rapid growth of the studio

Animationweek (AW): Could you please introduce your studio with its brief history?

​Corinne Kouper (CK): TeamTO was founded in Paris in 2005 by my production partners Guillaume Hellouin, Caroline Souris, and me. Since its launch, we have grown in size, geographical footprint, and reputation, becoming one of the leading CGI studios in animation today. Our original staff of 23 multiplied ten-fold by 2008 when we opened a second studio in Bourg-Lès-Valence, France. The number of our staff doubled again by 2015, when the Valence studio moved into a new 11,000 square foot, state-of-the-art facility. Today the company has a team of 360 people across its two French studios, and field offices in Los Angeles, USA and Beijing, China.

Prior to setting up TeamTO, Guillaume and I co-produced Disney’s Rolie Polie Olie, the first ever CGI preschool series, with leading Canadian animation producer and distributer Nelvana. Guillaume and I, and the series, won several Emmy® Awards and gave us a singular expertise in CGI. This, together with a lot of investment in both technology and R&D, is at the heart of TeamTO’s exceptional production quality and unique visual style.

A most sophisticated and advanced CGI TV production studio

AW: Could you please let us know the characteristics of your studio and major animation works?

CK: TeamTO has established itself as one of the most sophisticated and advanced CGI TV production studios today, thanks largely to our targeted strategy. Firstly, we manage every aspect of the production pipeline in our own studios in France, allowing for minute control of quality, at every step and in real time. And secondly, since the beginning, we have invested heavily and consistently in our assets: studio facilities, technology and software, R&D, and creative talent.

TeamTO is both a creator of original premium content including Emmy®-nominated Angelo Rules (208 x 11’, four seasons), Oscar’s Oasis (78 x 7’), and My Knight and Me (52 x 11’), as well as a third-party service studio for massive hits such as: Activision Blizzard’s Skylanders Academy; eOne’s PJ Masks; Disney’s Sofia the First and Elena of Avalor; Ubisoft’s Rabbids Invasion; and Nelvana’s Babar and the Adventure of Badou. 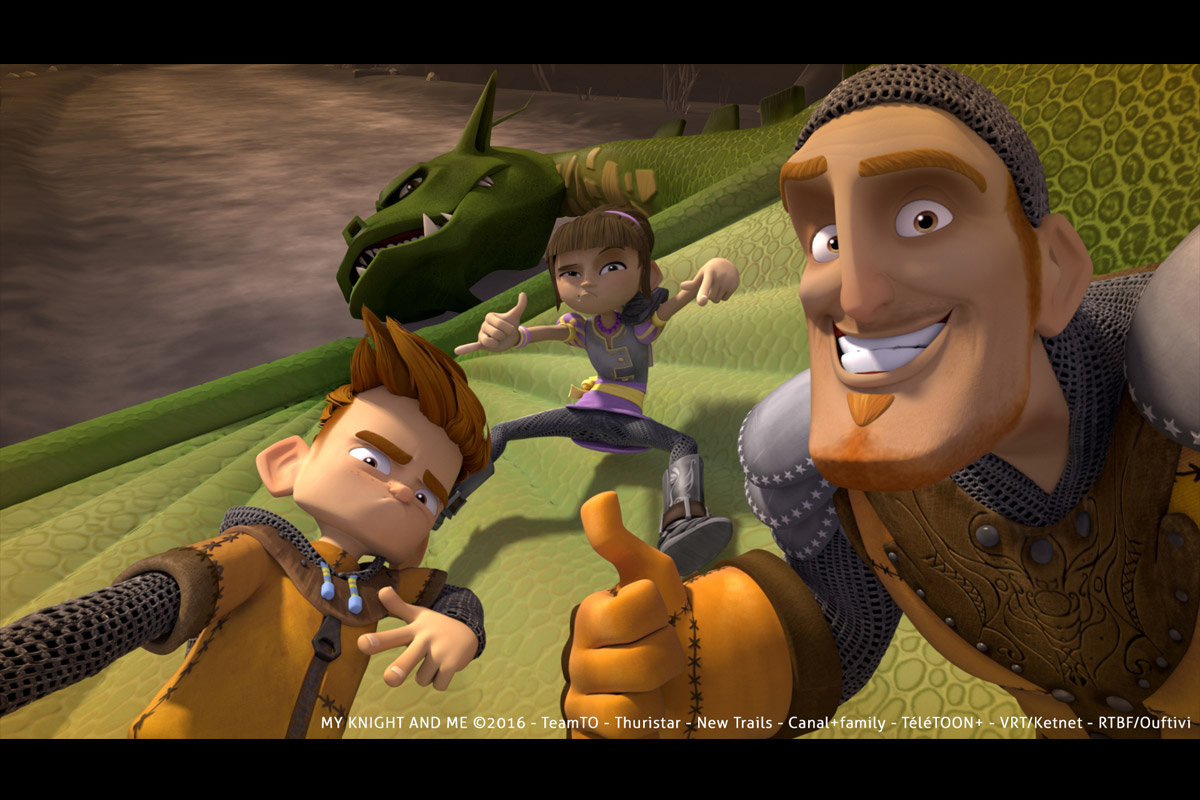 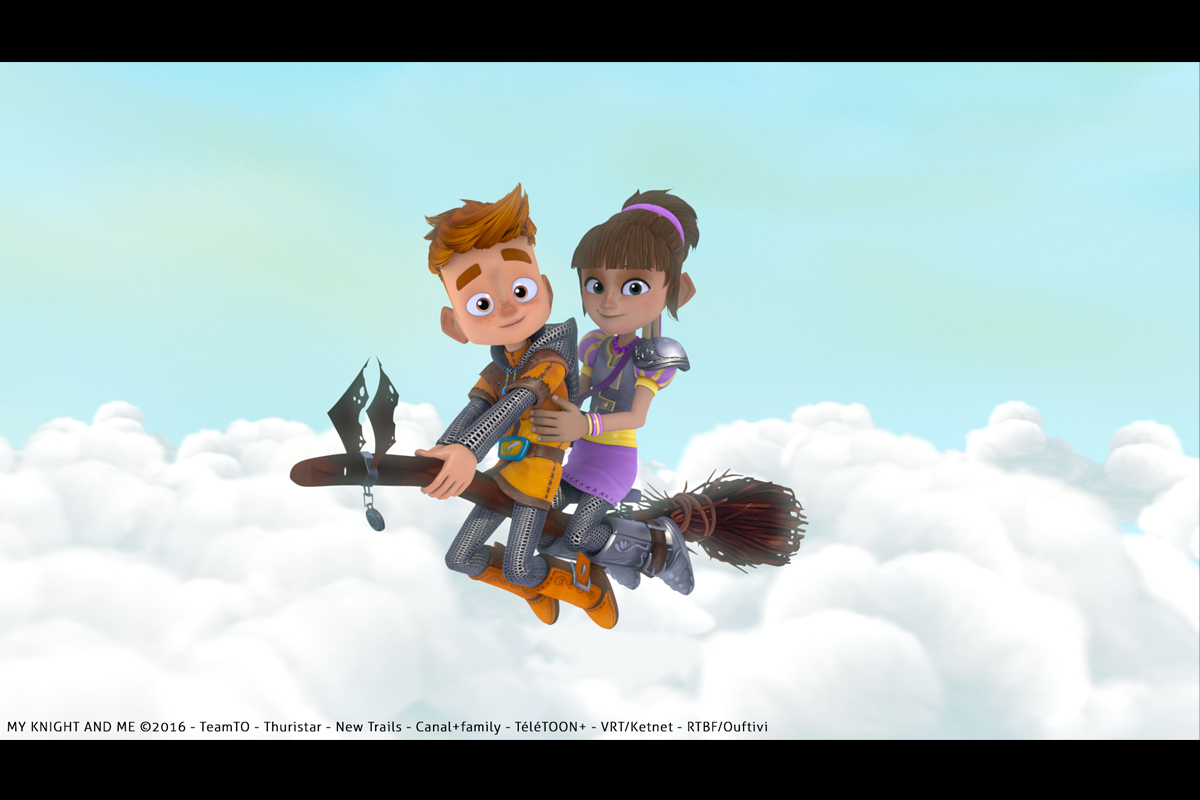 My Knight and Me

AW: Could you please let us know the story behind the TV series My Knight and Me? How did the project start and develop? Where did the initial idea of the story come from?

CK: We produced Joeri Christian’s first animation series Plankton Invasion in 2011 in co-production with Canal+, a French broadcaster who also acquired Joeri’s short film 850 meters, produced by his Belgium company Thuristar. Sophie Boé from Canal+ suggested developing a series based on the short and we were happy to be involved since we had already collaborated and developed the concept with Joeri and Thuristar.

This wacky, comedy-adventure series revisiting the Middle Ages has been very successful with kids today, and is already getting great ratings in Europe and the US. TeamTO Games, our digital unit, and Thuristar are currently developing a mobile app as well as a console game based on the show. 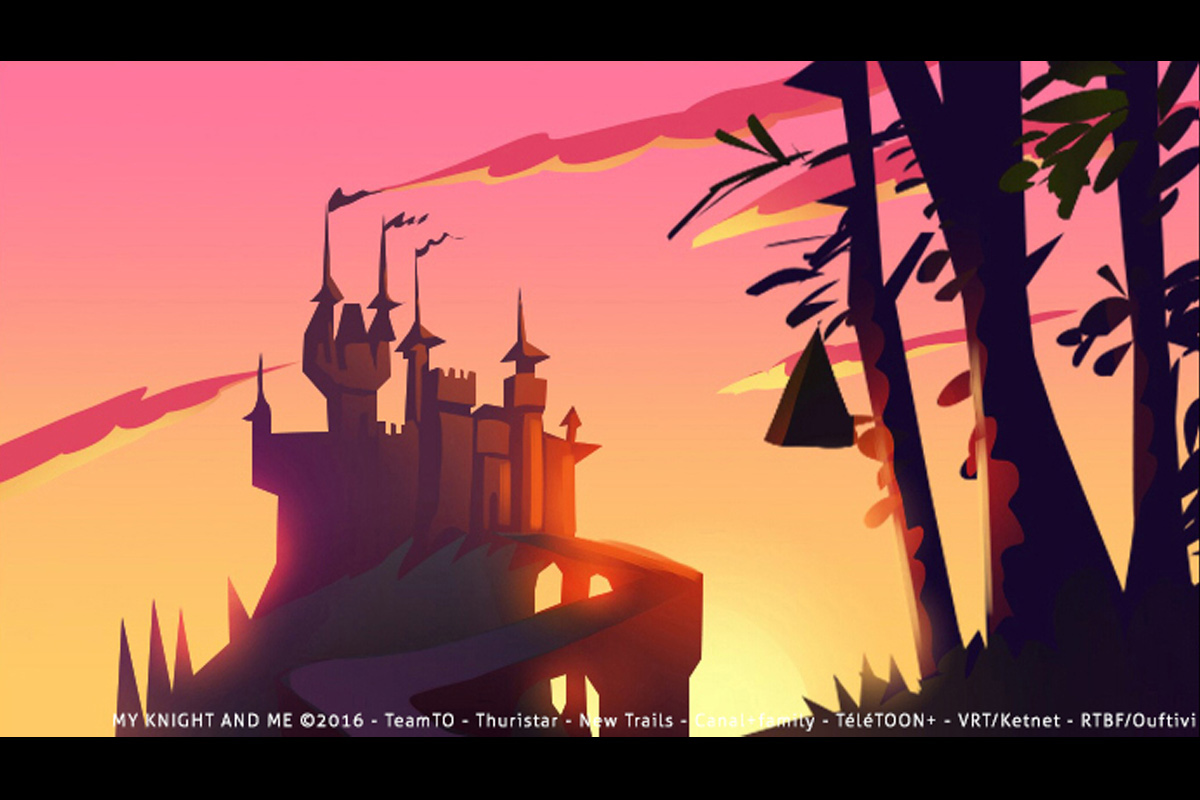 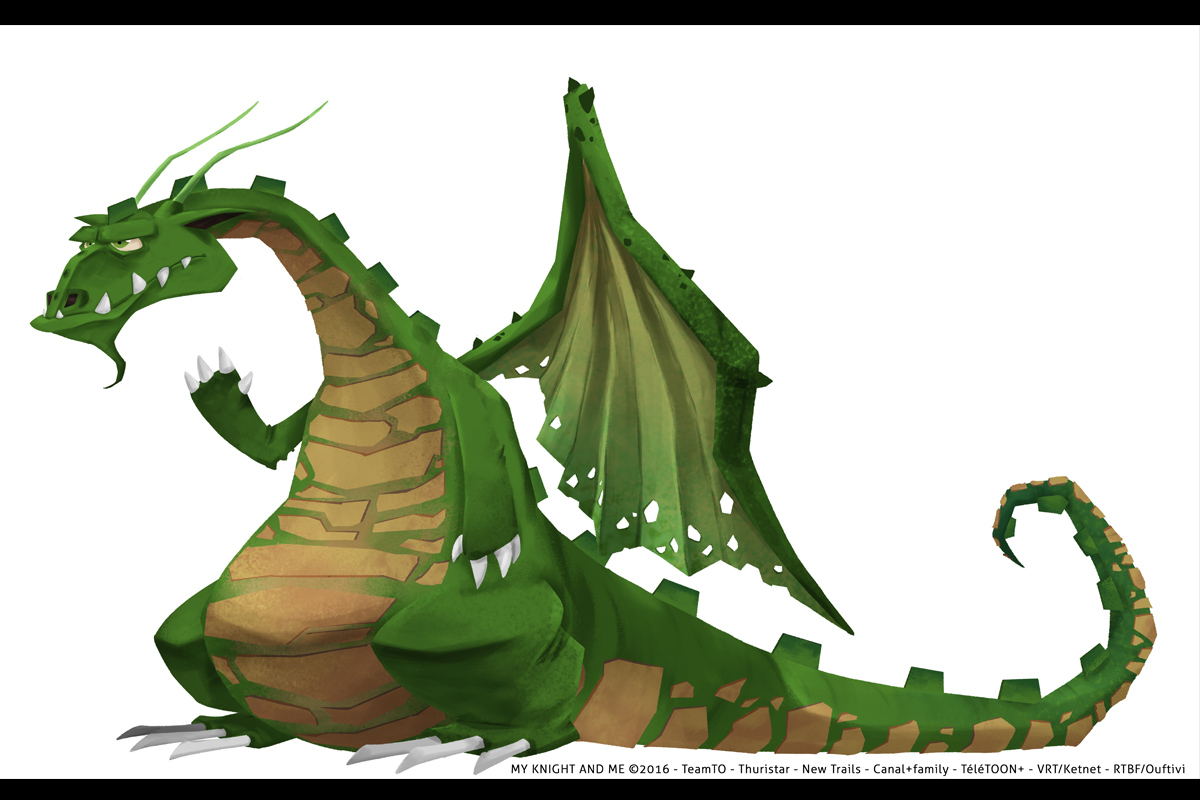 Reaching the US market

AW: You have successfully distributed your titles to the US market and Netflix. How did you approach them? Did you do anything special to meet the market demands?

CK: The US is a very important TV market, financially and creatively, so we always develop our series with American perspective and partnerships in mind by, for example, always using North American story editors and animating on English tracks. Also, we set up an LA office 5 years ago with industry veteran Lenora Hume, who has a very close relationship with Disney Studios. Lenora’s US network and presence in LA were instrumental in landing projects such as Skylanders Academy and TeamTO’s feature film Yellowbird, (featuring top Hollywood talent Seth Green, Elliott Gould, Christine Baranski and Dakota Fanning, and released theatrically in 35 countries).

As a result of TeamTO’s well-known quality and our US partnerships, our shows now open doors and receive serious consideration at American and international broadcasters. And as we raise financing through French co-productions and international pre-sales, our shows enter the US (and global) markets right away with a very strong pedigree.

AW: Do you find any differences between the US and European market? If so, what are they?

CK: The two markets used to be quite different, but recently the tendency has been towards a general increase of quality in European programs. This is possibly a result of the multi territory networks’ line-ups in local markets, and the fact that more and more European shows now include North American writers on their teams…Still, each territory in Europe remains quite different in its tastes. Local traditions and cultures play a big role in the shaping of local brands, which often don’t travel well at all.

The main differences between US and European styles are still in the pacing (which is faster in the US), and the level of comedy infused in the storytelling. Also, European programing has a tendency to be less curriculum based.

AW: Could you please let us know the future plans of the studio?

CK: We are continuing to expand both our facilities and our production slate. New seasons of PJ Masks, Skylanders Academy, and Angelo Rules are all in full production. On top of that, we have several series of our own in development and preproduction (Take it Easy Mike, a dialogue-free animated version in a “lol pet” video style; and Jade Armor starring a normal teen girl who gains epic powers with an ancient family suit of Jade); and several new co-productions and a film in discussion. And finally, following the huge success of the Angelo Rules online games, we are also adding more projects to our digital slate. As a result of this very significant work load, we will be moving our Paris studio into a larger space in the coming year.