Shooom, a baby owl, hatches just as a storm turns the bayou surrounding her tree upside down. No sooner has she fallen from her nest, then the little fledgling totters off into the mangrove, pushing a second egg from the brood along with her. Come hell or high water, she’s determined to find a mother… even if that mom turns out to be an alligator or a raccoon! 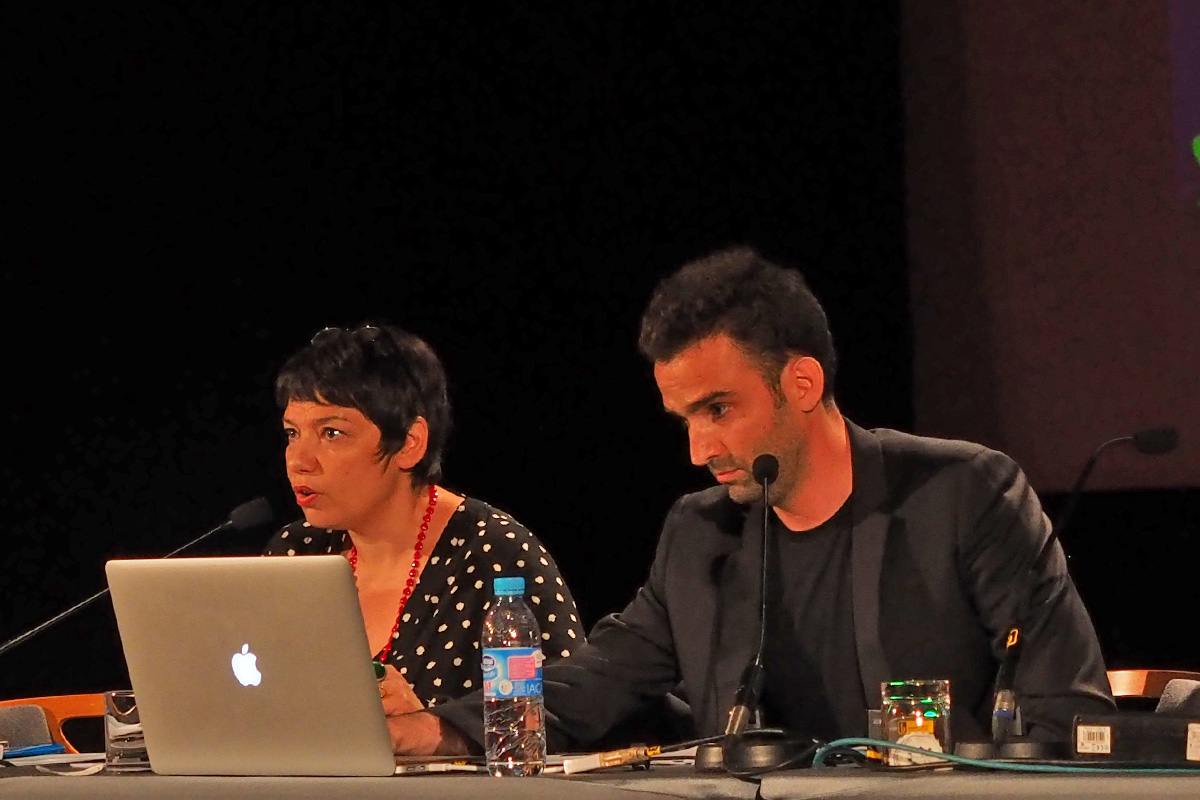 Shooom’s Odyssey is a 26-minutes TV animation special project, which was pitched at Cartoon Forum 2017. It is an adventure story of owlets told with beautiful visuals as you can see in the trailer. In particular, the expressions of light and light reflections are fantastic and give us a soft and kind impression, which match the Shooom’s lovely adventure story in nature. We could hear about the attractive animation project from Julien Bisaro and Claire Paoletti.

Hideki Nagaishi (HN): Where did the initial idea of the project come from?

Julien Bisaro: At the beginning, the project was different. It was a very short film for VR in which a little owl and the second egg of the brood were lost in the bayou and meet a hunter. In the end, the project did not happen.

Claire Paoletti: We decided to take over the project to a 26’ format in order to have time to develop the characters, their strong brotherly relationship, and an original story and world in an adventure for young children.

HN: How did you come up with attractive characters for the animation?

Julien Bisaro: My previous short film titled BANG BANG! is for adults and there is a lot of non-speaking realistic animals in it. We keep that in mind for Shooom’s adventure. We wanted to continue in this way in a story where the main characters are animals. We can understand them without them talking. Their expressions (grunts, squeaks, etc.) become a real language that children could easily understand. For this creation, we are working with a fantastic sound designer who did a great job on the teaser: Gurwal Coïc-Gallas.

Claire Paoletti: The story itself is not anthropomorphic, but when the situation needs it, the characters may have some human reactions.

Julien Bisaro: For example, the squirrel, who drives us to Shooom’s nest at the very beginning of the film, have some human reactions in his acting in front of the owlet, but it is only to explain the situation. We are taking the same direction with the beginning of the story; there is a storm, and we are putting human beings and animals on the same level.

HN: Could you please let us know what is your favorite part of the story or character at the moment?

Julien Bisaro: What a tough question! I love all the film as I wrote the script with Claire, did the storyboard and the animatic as well. It’s maybe the scene at the end. The two children send the two owlets back to nature and in their way to say goodbye, I try to find a mirror effect between them. I want to put the emphasis on their affectionate link. The human brother and sister are very careful with each other like the little owl brother and sister. I want to show that brotherly love could transcend species.

HN: How are you developing the visuals of the beautiful universe of the film? The kind, soft and warm lighting throughout the trailer is very impressive.

Julien Bisaro: I make the visuals more like painting or gouache. I work with light in black and white at the beginning on the animatic. I draw light, shape and shade to find a composition at the layout background process. After that, I work in color and keep the touch of a paintbrush on the final visuals. The paintbrush touch is a little bit rough, because I would like to give relief to the picture in a less realistic style.

Claire Paoletti: The backgrounds are inspired by the Bayou and the Louisiana coast in America. It is a place where some very typical landscapes as wetlands and interesting animals like alligators can be found.

HN: What message or experience do you want to deliver through this animation?

Claire Paoletti: The main theme of Shooom’s story is that one can survive a difficult situation and find a new family at the end of the journey, even if the path is not easy. Even if you are alone in your life and having your little brother to care of, you could find a new home, a new mom… A female raccoon could become your mother, which is the case for Shooom and her brother! Adoption is at stake here.

Julien Bisaro: To us, it’s a way to speak about step families on an animal level. A simple story about finding maternal love beyond species and convention.