The Process of Making Background Art

What kind of things do you care about the most when you draw background art for animation? What kind of meetings would you hold with a director and layout/animation director, in terms of staging?

Background art is, first of all, based on storyboards. We discuss with the director and layout/animation director on how each scene going to be. It’s not that background art is leading something, it’s more of building it up through meetings.

For example, in the animation titled Kimi ni Todoke (2009), based on a girls comics, there was a scene in the classroom after school and we think about things such as “What kind of lights would it be, after school in the classroom?”, “The lights would probably be turned off”, “What kind of natural light would it be when the sun is close to setting?”, then we decide the basic scene setting as “The sun will set in about two hours”.

In the middle of the scene, there is one where a main character reveals her true feelings toward her loved one. So, we think about what kind of background art we would draw for that scene that expresses that well. It could be like, “Let’s change the color to meet the change in feelings, not following the natural course of daytime”, or the director may order a background with his vision and it becomes a matter of our skill on how to respond to it as a professional background artist. For some directors, they might ask, “Just a normal background”, as an order. I think that it really depends on the animation title. 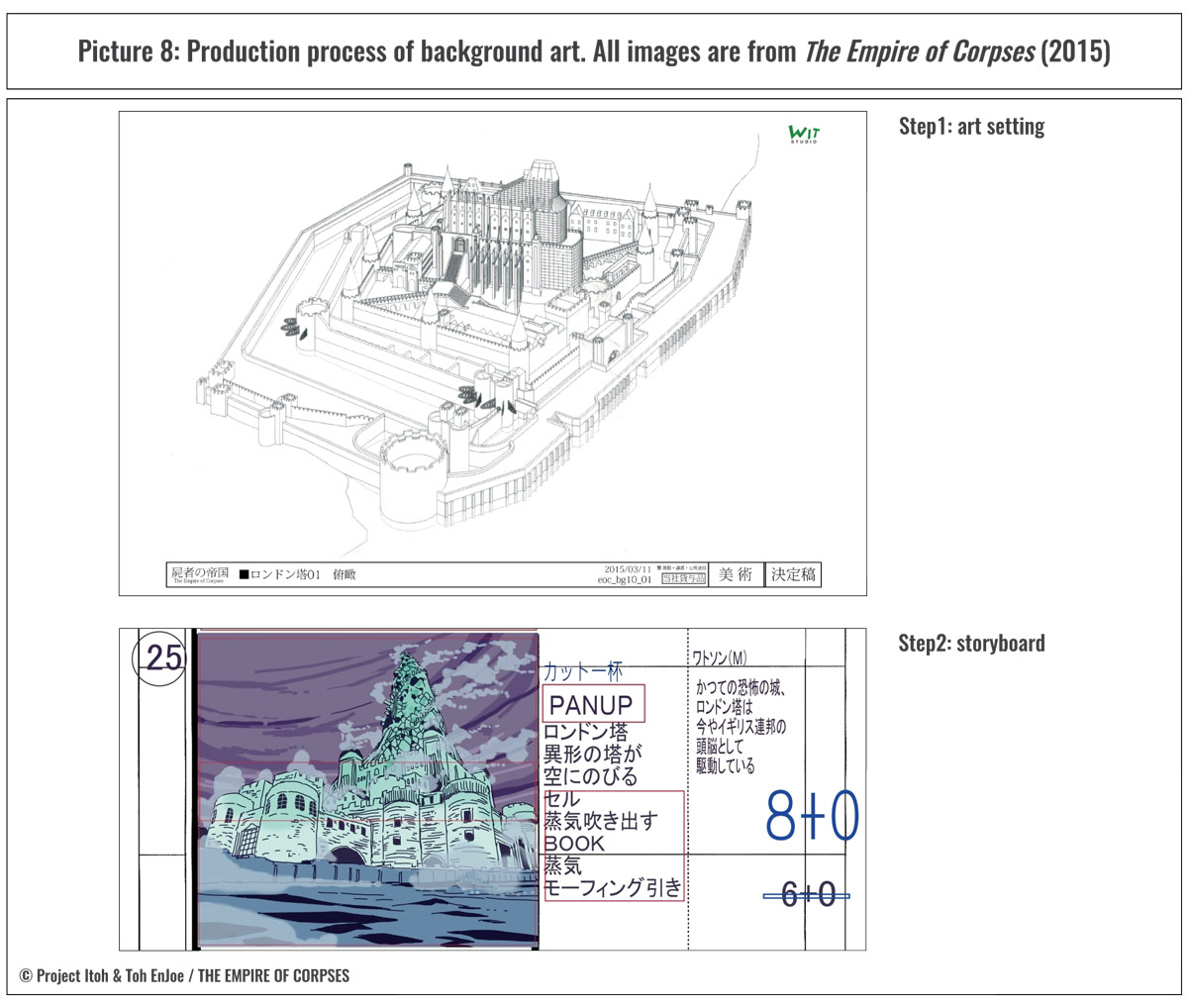 The animation production workflow is not necessarily the same between Japan and the West. Could you please let us know the production process of background art in the case of Bamboo studio, briefly?

Because production time is very limited, there is no way to have additional takes, and discussions among creators have to be the shortest time possible. In the case of producing animation weekly, most of the time, you really have to get only one final take at the next step after just one meeting. To be able to make a decent visual expression that is needed for it to be a product, it is often worked out like “It would be fine like this”, based on the experience of each staff had on a tacit understanding.

I think that our experiences in responding to this limitation in budget and time leads to the Japanese’s own expression in animation and all the creators share its unspoken rules. This would have led to the Japanese animation’s own stylistic beauty.

In which stage of the project does Bamboo Inc. start taking part, as an example?

In a step before us, there is a section called “art setting”, where designs are completed with line drawings. They often take part in the project from the scenario writing phase.

Next, when the art setting and scenario become mostly ready, a director starts working on the storyboard. This is when we start participating with our work on an “art board”, such as deciding the color for each scene or drawing an atmosphere not depicted in line drawings.

When both layouts and art boards are ready, we begin to draw background art for each cut. At the same time as we are drawing background art, keyframes and in-betweens are drawn based on layouts and then colors are painted onto them. When everything gets together, the next step is compositing, as in compositing cels and background arts (Picture 8).