1. The Secret Life of Pets holds its world premiere

Illumination Entertainment and Universal Pictures present The Secret Life of Pets, a comedy about the lives our pets lead after we leave for work or school each day. The film is produced by Chris Meledandri, founder and CEO at Illumination, and Janet Healy. It’s directed by Chris Renaud (Despicable Me, Despicable Me 2), co-directed by Yarrow Cheney and written by Cinco Paul, Ken Daurio and Brian Lynch.

Date and time: 8:30 pm on Thursday 16th June with the director Chris Renaud and the co-director Yarrow Cheney. English version with French Subtitles will be played. 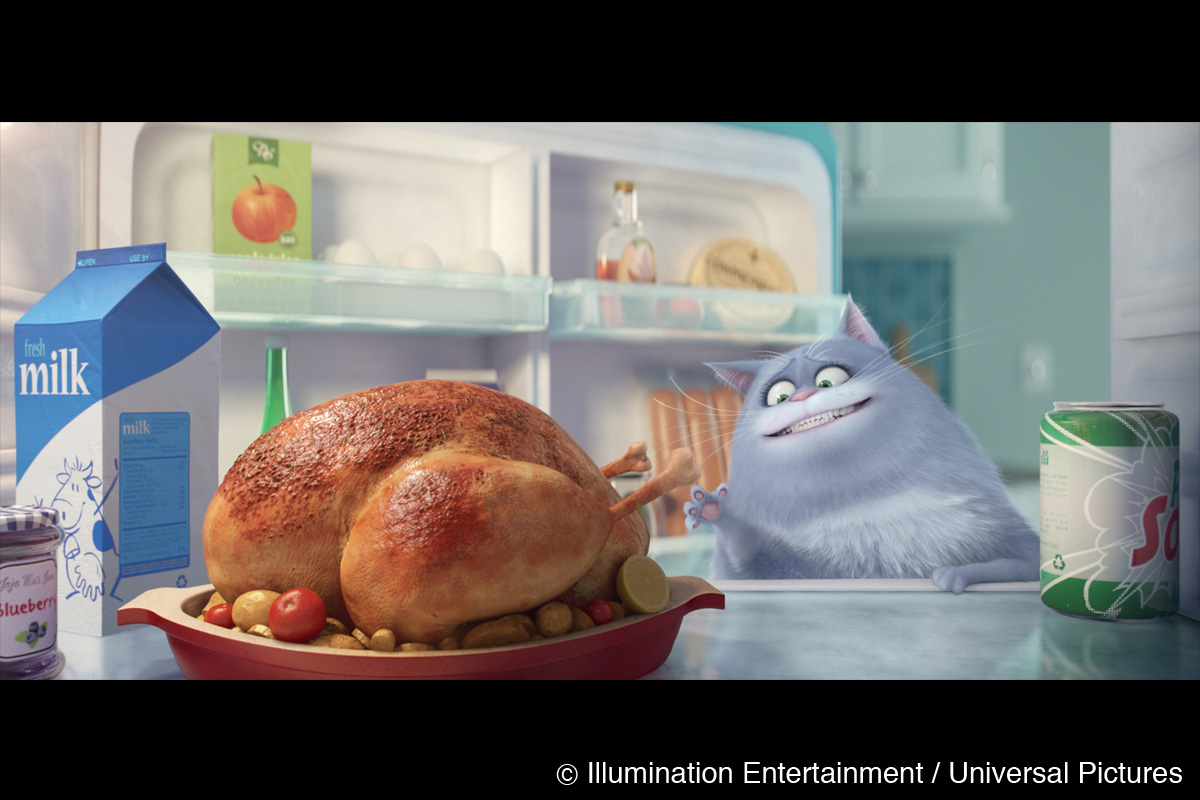 Walt Disney Animation Studios does the world premiere of their new short Inner Workings and shows never-seen footage from their upcoming feature Moana at the Annecy Festival 2016.

It will be presented by the filmmaking team of Ron Clements and John Musker (The Little Mermaid, Aladdin, The Princess and the Frog). Moana features an adventurous teenager girl who sails out on a daring mission with help from demigod Maui to prove herself a master wayfinder and save her people. Clements and Musker will unveil new artwork and work-in-progress sequences from the film, and showcase the extensive research their team conducted to bring authenticity to their most ambitious production to date.

Walt Disney Animation Studios will also showcase the world premiere of the new short film Inner Workings, presented by director Leo Matsuda (story artist, Big Hero 6 and Wreck-It Ralph) and producer Sean Lurie. Inner Workings is the story of the internal struggle between a man’s pragmatic, logical side and his free-spirited, adventurous half. Created by a small team at Walt Disney Animation Studios in a unique, fast-paced style that blends CG and traditional hand-drawn animation, the short explores the importance of finding balance in daily life. The film will be presented in theatres as an opening to Moana.

In the Annecy International Animated Film Festival 2016 (Annecy 2016), French animation is going to be in the spotlight for the first time under the theme of “French animation-the mirror effect”. It will be presented as a reflection of how the world perceives French animation. In this article, we take a close look at the programs.

For those who are interested in French animation, this would be the best program to learn about French animations from various angles. 13 programs and 5 documentaries will be presented and a Panel Discussion will be held.

7 French classic animation shorts, which were released between 1908 and 1999, will be played.

2: Rhythm, Chaos and the Universe

Wiktoria Pelzer, Film Programmer at Crossing Europe Film Festival, will present 13 animations which she selected to pay homage to her favorite arts of sounds and images.

The selections by Ron Diamond will be presented. 10 shorts will be screened.

Composer Andrea Martignoni has prepared this programme to highlight the importance of music that plays in French animated shorts. He selected 7 shorts.

This will feature TV series for children from the 1960s to today. You can watch 10 great TV series.

It is the screening of two TV Specials, Houndini and Verte.

7: The Best from Schools

Shelley Page, Head of International Outreach at DreamWorks, picked up 15 graduation films in the past 15 years from 9 different schools to celebrate the diversity of talents from France.

The re-mastered version of André Lindon’s The Invisible Child (1984) will be shown. The film was not widely shown due to its name of the title. The main character decides to become invisible after falling in love with a kind of mermaid he encounters during a summer holiday by the sea.

The Festival selected a few French productions from the great pool of works that were not chosen for the Official Selection. Five short films, two graduation films and a music video are going to be presented.

Matilda Tavelli from the Lani Wever Schaer: Animatou (the international animation film festival in Geneva) will present her 10 favorite animated shorts for Children that were produced in France.

Marco de Blois, curator and programmer at the Cinémathèque Québécoise in Canada, seek out a delightful visual experience similar to the films directed by Norman McLaren, director of such films as Begone Neighbours and Pas de deux Dull Care, in Canada.

This program will present 6 short films, which have influences from Eastern Europe or co-produced with Eastern European countries.

13: French animation in the 21st Century

Jean-Paul Mathelier’s documentary Le Rêveur éveillé is all about writer and filmmaker Jean-François Laguionie including his animated features The Painting, A Monkey’s Tale and his latest film Louise (Louise will be screened at Annecy 2016).

Paul Grimault made a lasting impact on the French animated feature with The King and the Mockingird.Jean-François Laguionie and Jacques Colombat contributed to this documentary.

During the course of this documentary by Romain Delerps and Alexandre Hilaire, we visit Folimage, Les Armateurs, Prima Linea and so on and hear what producers and teachers talk about recent creative adventure.

In Romain Delerps and Alexandre Hilaire’s documentary, Florence Miailhe, Christian Volkman, Benjamin Renner and other filmmakers present the individual approach to their work, whether traditional or a new trend.

Panel Discussion: From the game-changing 80s up till today

5 highlights of the Panel Discussion