A new feature film from the KonoSuba: God’s Blessing on this Wonderful World! franchise, based on the million-sold hit novel series of the same name by Natsume Akatsuki, will be theatrically released in 2019.

KonoSuba is a fantasy comedy adventure story of four, very unique main characters, Satou Kazuma, Aqua, Megumin and Darkness, who form a party and adventure together to earn bounties (with a lot of humor!). The total sales of the original novel series recorded 8.5 million copies as of March 2019. Two TV series were developed so far: KonoSuba: God’s Blessing on this Wonderful World! (2016) and KonoSuba: God’s Blessing on this Wonderful World! 2 (2017).

A video game lover and stay-at-home Kazuma Satou, whose life should have been ended by a traffic accident, is reincarnated into a parallel fantasy world (Aqua, a goddess, is taken along with him).

He is very happy with the realization of the reincarnation, thinking “I will enjoy a long life as an adventurer in a parallel world that looks like an RPG game and try to become a brave hero!” Soon after that, though, troublesome things start to befall him such as forming a party with three people who have high abilities but with very large character defects: Aqua, a lazy goddess who causes a lot of trouble, Megumin, an wizard who displays bad Chuunibyou characteristics, and Darkness, a female knight who has non-stop delusions, being deep in debt, being brought to a trial for a charge of attempting to overthrow the government, suppressing an executive of the demon king’s army, and being actually dead sometimes…

One day, a girl of the Crimson Demon Clan, Yunyun, rush into Kazuma and his party members and they froze when they hear Yunyun’s bombshell announcement:

“I want to have Kazuma’s baby!”

They ask about Yunyun’s situation and hear that her birthplace, “Crimson Demon’s village”, is facing the risk of extinction.

They head to Crimson Demon’s village to chase Yunyun who starts a journey to save the village.

Kazuma and his party face the greatest crisis!

What is the future of Kazuma’s life (who is a rather banal adventurer…) in the parallel world!? 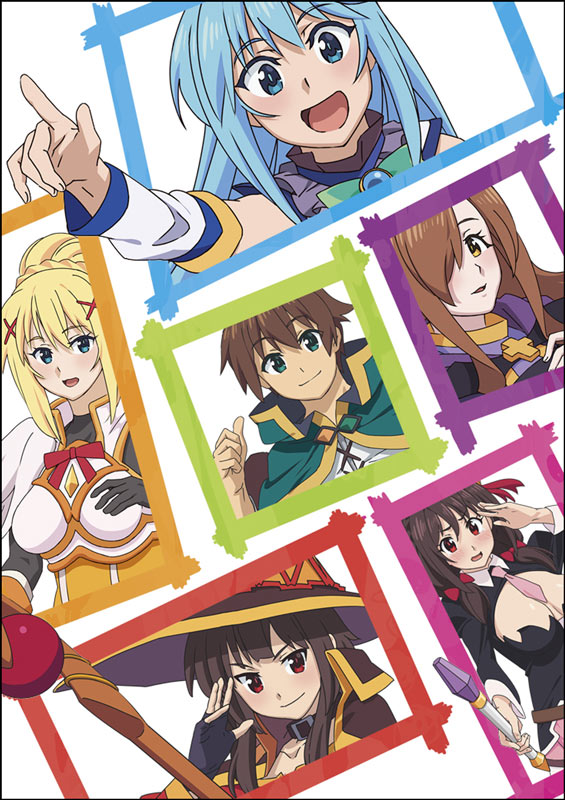 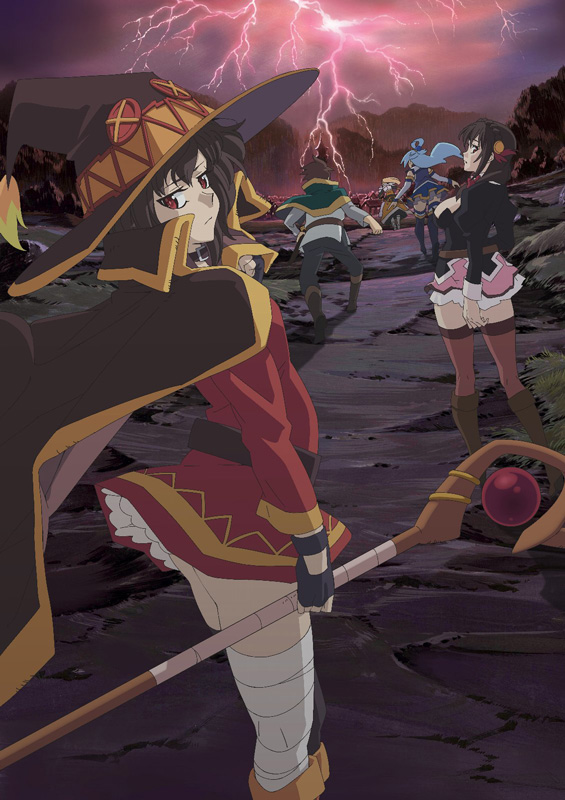 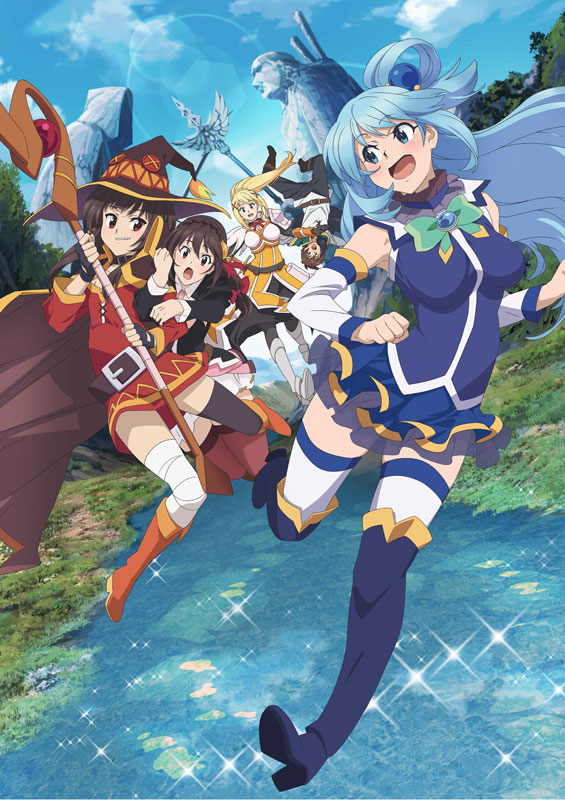 Some screenshots from the second official teaser 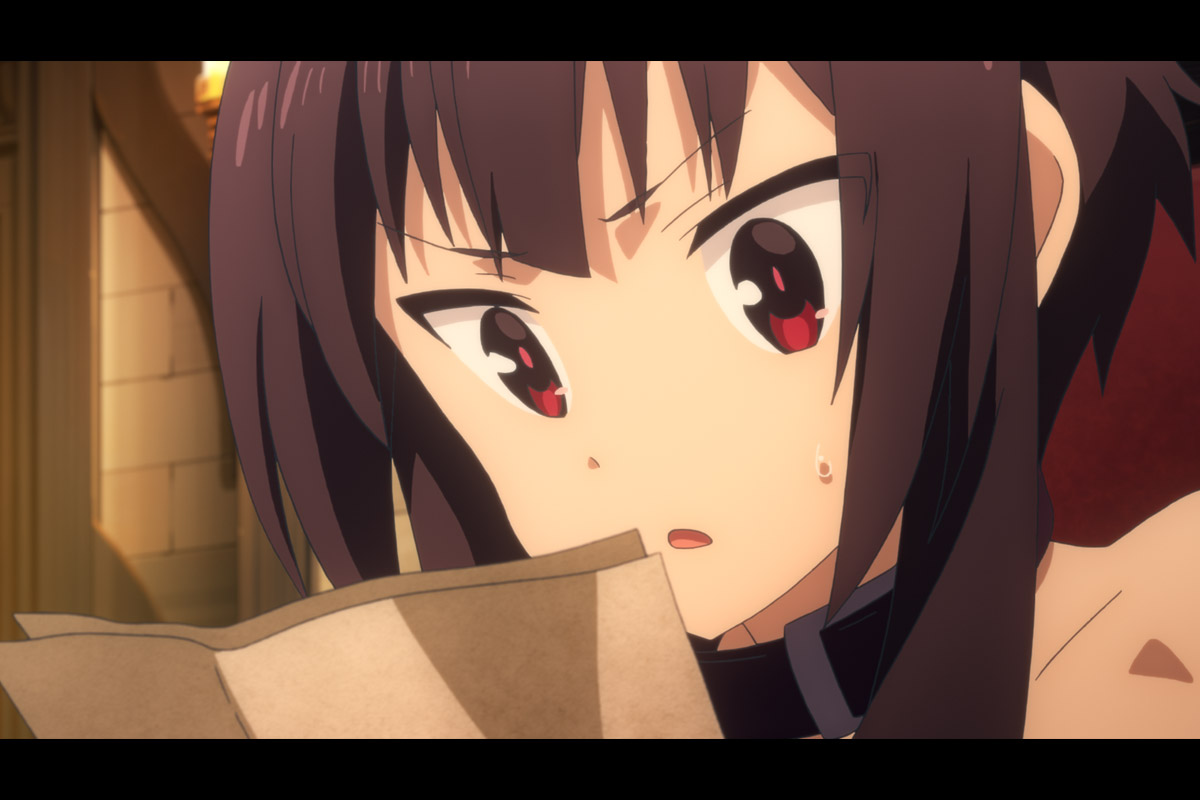 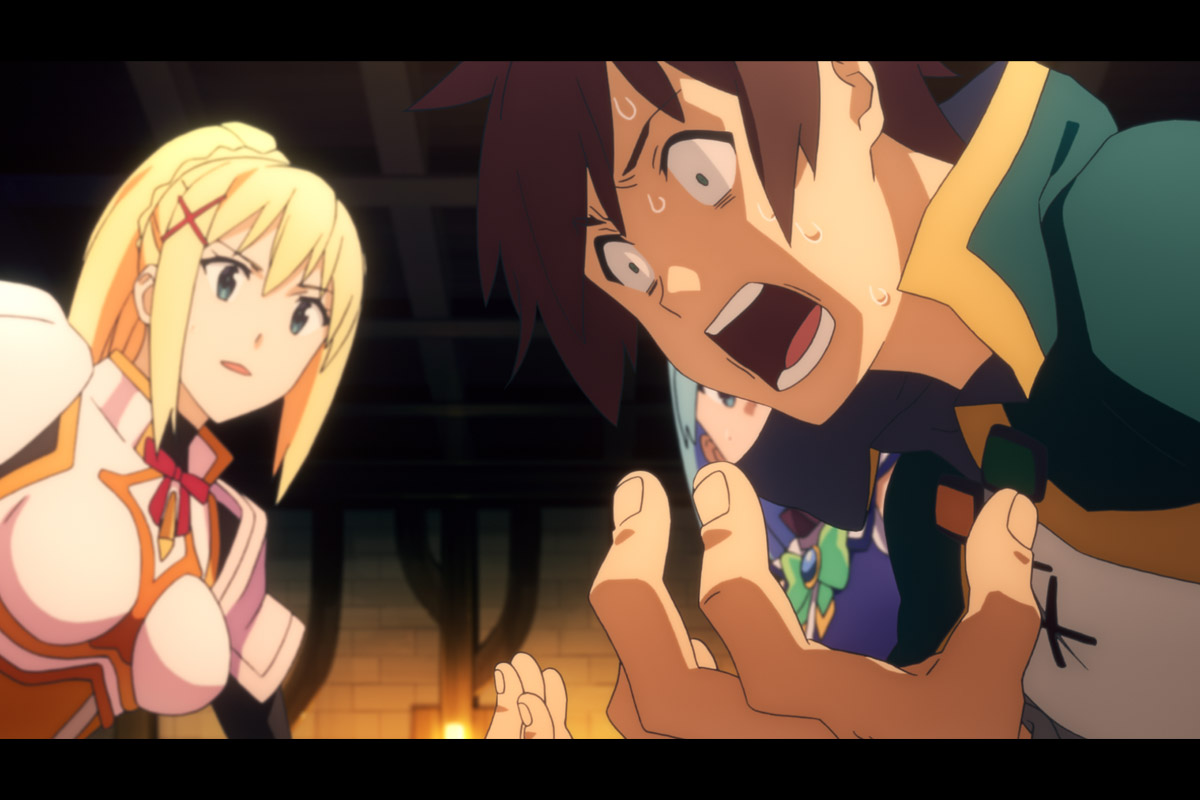 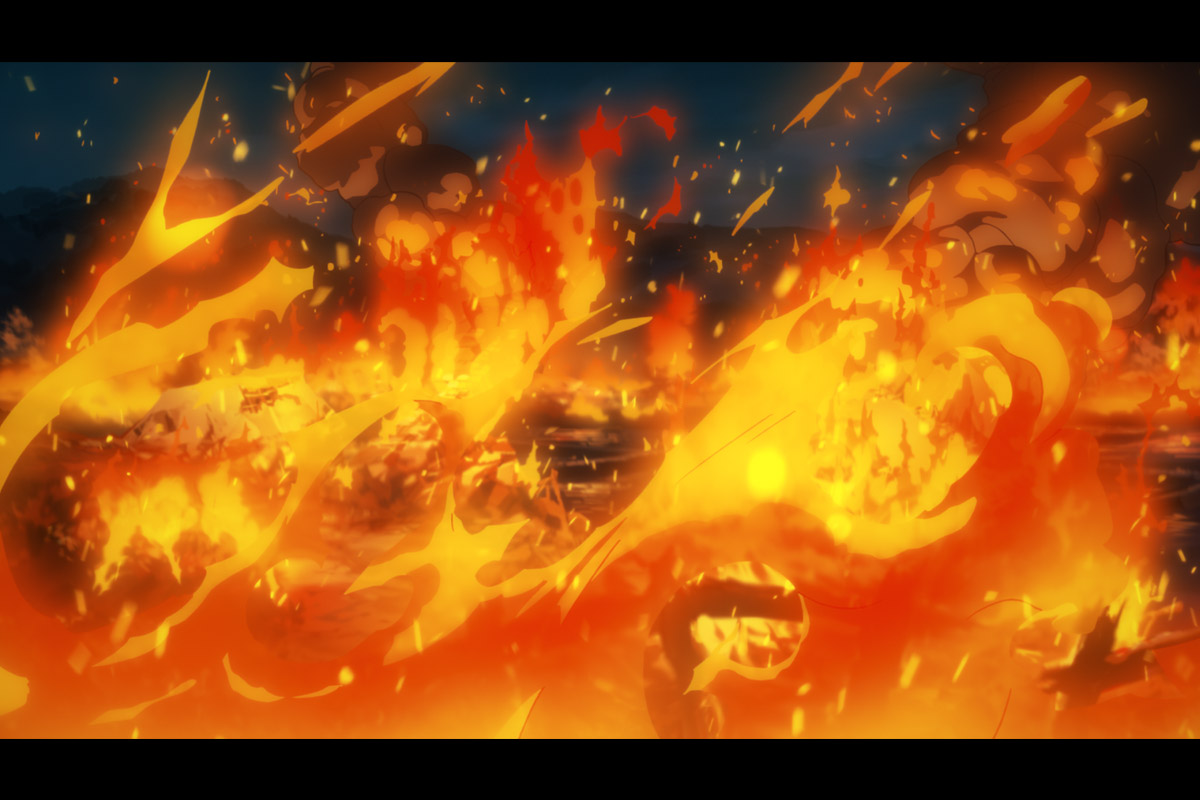