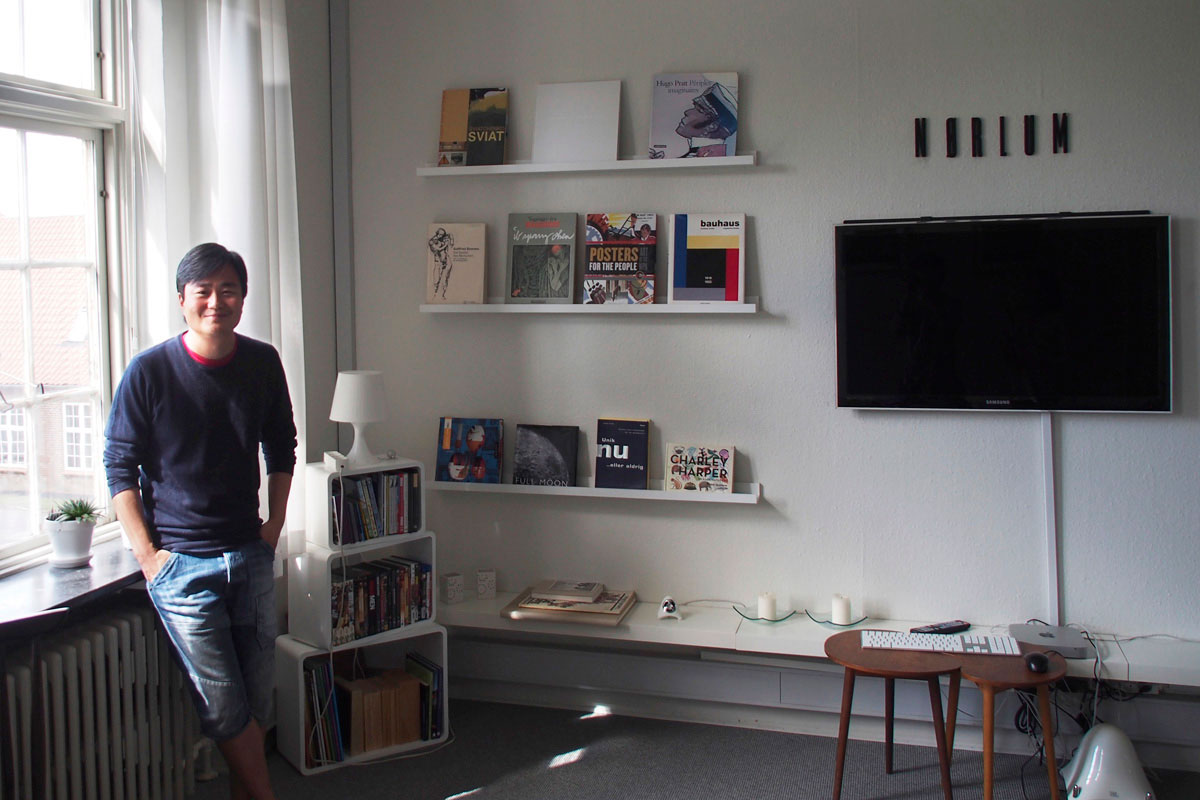 The Animationweek editorial team visited Nørlum, the animation studio in Viborg Denmark and interviewed Claus Toksvig Kjaer, the Producer and Partner at Nørlum. We also glimpsed behind the scenes of their two beautiful animated films: Song of the Sea and Long Way North. It is our great pleasure to be able to share his view, passion, and future plan of their studio and their great work.

Introduction to the Nørlum animation studio

Nørlum has one of their studios in Arsenalet, which is a cluster of independent creative businesses in Viborg, Denmark. At the entrance of the studio, two beautiful posters of their work welcomed us (Picture 1). Once we were inside the studio, we could relax with a feeling of being welcomed (Picture 2). Every animator has a large-sized interactive pen display and it seems to be an ideal and comfortable place for them to concentrate on their creation (Picture 3 and 4).

He is the Producer and Partner at the Nørlum animation studio. Recent co-produced films of his studio includes Song of the Sea (2014) which was nominated for Academy Award for Best Animated Feature at the 87th Academy Awards (2015) and Long Way North (2015) winning the Audience Award at Annecy International Animation Film Festival held in June 2015. 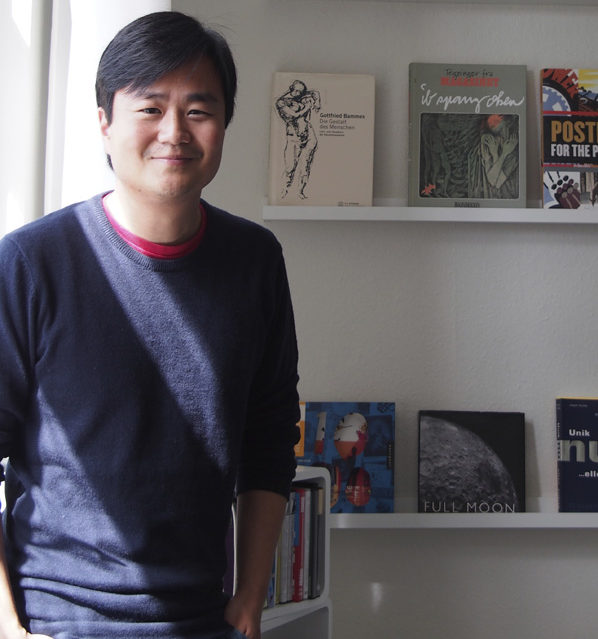 Inspired by animations in childhood

Animationweek (AW): Could I ask you about yourself? What made you work for animation? Compared to other media, what part of animation is attracting you as a medium?

Claus Toksvig Kjaer (CK): I think this comes from my childhood, where I watched a lot of animation when I was small. I watched all the cartoons that you probably know, like Mickey Mouse cartoons. Actually, one of my favourites is a Japanese film, My Neighbour Totoro (1988). So Hayao Miyazaki, of course, was a big influence. He made so many good films. So all those things combined influenced me to work in animation. I loved Tex Avery, he created Droopy. I liked those kind of short films, which are really funny. He took animation into a really weird and awesome place. The Road Runner was moving like the speed of lightning. I thought it was genius. I grew up with all these kind of things. These films inspired me to do animation.

When I wanted to study animation, we did not have Internet. It was hard for me to study because it was not such a normal education. Now it’s much easier. Back then, when I said that I wanted to be an animation producer, people said that you can’t have the education in the same way as you become a doctor, a lawyer or a teacher. So I studied as a 2D Animator at The Animation Workshop. It was before they moved here. Back then it was just a small school with only 40 people in total. It certainly feels like a long time ago.

“We were interested in 2D animation for Feature films”

AW: What is your role at Nørlum? 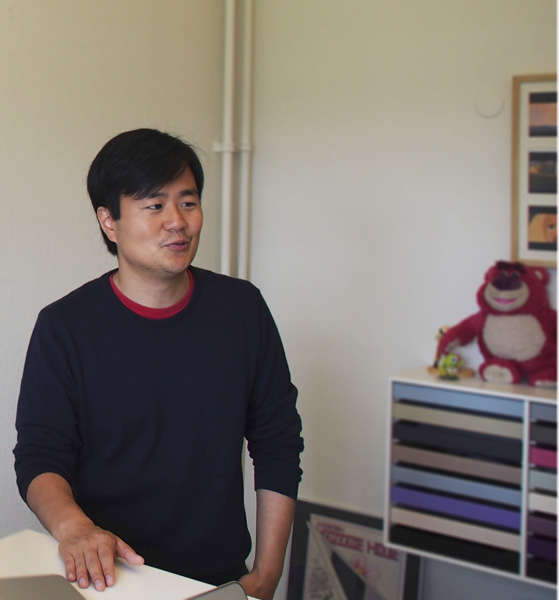 CK: I’m one of the owners. We are three people that run this company. Myself and there’s Frederik Villumsen in Copenhagen. We are just starting in Canada. We have a Canadian partner, Jericca Cleland, who joined us a few months ago. So we have three offices, Copenhagen, Viborg and one in Vancouver.

AW: Could you please tell us a little bit about your studio? What do you think the major characteristics of your studio are?

CK: We are 2D digital studio. We haven’t done any CGI at all. We have done only co-production feature films in 2D. We’ve done Song of the Sea and about 35 minutes of the film. It’s quite a lot of the movie. We spent about a year doing that much of film. We then moved on to the title Long Way North. We did 36 minutes of the animation, clean up and colouring. It’s actually about half of the film as the film is not that long compared to Song of the Sea. This is also 2D. We did that in Flash®. And Song of the Sea was created in >TVPaint® (∗1) Ireland, Luxembourg, Denmark and composited in Belgium. TVPaint is similar to Toon Boom® (∗2). It is a software to do 2D films. It’s still done by computers but not like in Maya® (∗3) or 3ds Max® (∗4) or anything like that. We don’t use any of those. We draw everything on a Cintiq® (∗5), as you saw. This is very nice. Nowadays most work in CGI, but we draw. We are a 2D animation studio. I think that there’s nothing different from Japan in this regard. We just don’t use paper. We still draw everything, but direct on the screen.

∗1: TVPaint® (http://www.tvpaint.com/v2/content/article/home/index.php?lang=en) is a software for 2D animation.

AW: Could you please share a little bit of your studio history?

CK: We are still young. We still consider ourselves as a young studio because it’s 5 years old and it’s very small. In these 5 years, I think we did quite well. We tried to find the projects that were visually interesting to me and my partners’ and great ideas that translate well into animation.

We think that we chose projects carefully because in a way you can do whatever you want when you make an animation studio. Some do commercials, films, series, shorts, games and so on. When we started, we discussed what we were interested in. We were interested in 2D animation for Feature films. We started to look at films which we think were good in our opinion. We obviously looked at Tomm Moore’s The Secret of Kells. The artistic style was very intriguing and I’ve known them for ten years. There was an opportunity to co-produce with their studio. They have a really high standard. Because 2D is not common any more, there’s not many projects to choose from. We picked some partners who had a good level of quality. We wanted to do a film each year. But because it takes so long to finance and make, we have made two so far. The aim was to have a film every year in production.

Advantage of being based in Europe

AW: You said that it’s getting more common to create animation with CGI. Is it getting difficult to find 2D animators?

CK: I think we were lucky enough to have a good network. A lot of 2D animators are in France. France is one of those countries that still do 2D. They do four or five 2D features each year. When 2D animators in France were not working on projects and waiting for the next film, we could approach them. France is so close to us. It’s not so hard to go as it’s only one hour and a half by plane. I think that’s a major advantage to be in the Europe. If we were in the US, it may be harder. I know that in the US there were many 2D animators who don’t work now because they don’t prefer to do CGI. So they were doing 2D commercials or TV series. Some travel to Europe to be part of 2D feature films because TV series are usually not feature-film quality. I think we are lucky to be in Europe because 2D is still going strong.

Being part of every decision making as producers

AW: What kind of animation work have your studio worked on? What was your studio’s role in each project?

CK: We are part of the producing team in every project. We have not yet been a Service Studio for hire, meaning we are not like a studio to be paid in that way. This may be good if you have to keep a production team. This is not how we run ours. The way we work is to co-finance the films. It makes us co-producers. This is a really nice way because this means that we can actually make decisions during the process. We have the meetings before the films starts. There are going to be all the people like other co-producers and finance people. We decide who the best team is going to be for making a film and how we do that. This may be two years before the film starts. We can be a part of every decision because we help financing. We also help decide where the films are going to be sold, discuss things like “target groups, festivals, branding for different countries?” or “do we decide depending on the review we get?”, etc. So the films that we are involved in really doesn’t come to an end, the journey at least. It’s kind of a continuous process like financing, pre-production, production and post-production. Even after the film is released, we still get involved. We still go to everything because we co-finance. We financed about 10% of the entire budget for Song of the Sea and created approx. 40% of the images you see on screen.