Animationweek editorial team had an interview with Chris Colman, the founder of China Animation & Game Network (CAGN). Our interview was held at Central Saint Martins, the University of the Arts London. This is the place where Chris Colman pursued his passion and studied MA “Character Animation” before starting his journey in China. It is our great honour to be able to share his experience being in China and what he is discovering and developing.

Starting a career in animation and moving to China

Animationweek (AW): Could you please tell us about yourself? What lead you to a career in animation?

Chris Colman (CC): Like most people, my love for animation began when I was a kid. When I got older, I studied graphic design and after that was working as a designer in the art departments of films and TV shows in London. Although I was enjoying the work, I felt that something was missing. I decided to pursue what I really wanted which was to start drawing again and creating characters. I was always interested in performance as well. I used to act a lot at school and university and I wanted to try and bring that performance into some characters and see what I could do with it. So I went to Central Saint Martins (CSM) to study.

AW: Then, you moved to China. How did it happen? 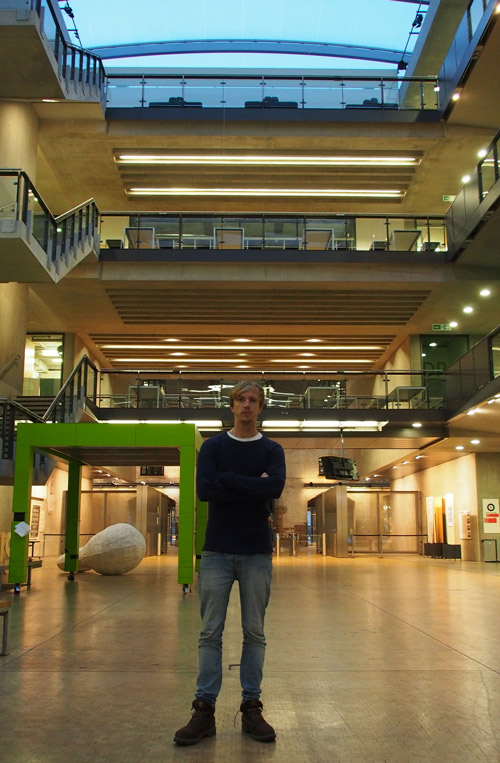 CC: After graduating from CSM, the opportunity to go to China came along. Some former graduates of the CSM course a few years before me had started a studio in Shanghai. I sent my reel and portfolio, they liked it and invited me to come out. That was pretty much five years ago now.

I worked at that studio as a 2D animator and lead character designer for children’s shows. I was helping them come up with character designs and story lines. After a year or so there, I met Robin King, an educator best known for founding Sheridan College’s Computer Animation course. He had been invited to start a high-end animation training school by a Chinese investment group and I was intrigued by the project, so I joined him. My role was all encompassing, with a key aspect being about making connections with the industry. Part of this network building involved organising live events, which led to the start of the China Animation & Game Network (CAGN). Alongside all that, I got to know the founder and editor-in-chief of AWN.com, and gradually started working with him to build a network, research and then start writing articles about the Chinese animation industry. In early 2015 I started working with a company called Shanghai Premium (SHP). One of their main focuses is an online magazine about the craft and creativity in China’s growing advertising industry. A large part of that is about postproduction and visual effects, both for movies and commercials. So through all this I ‘ve had the chance to gain a bit of an understanding about certain aspects of the industry here. 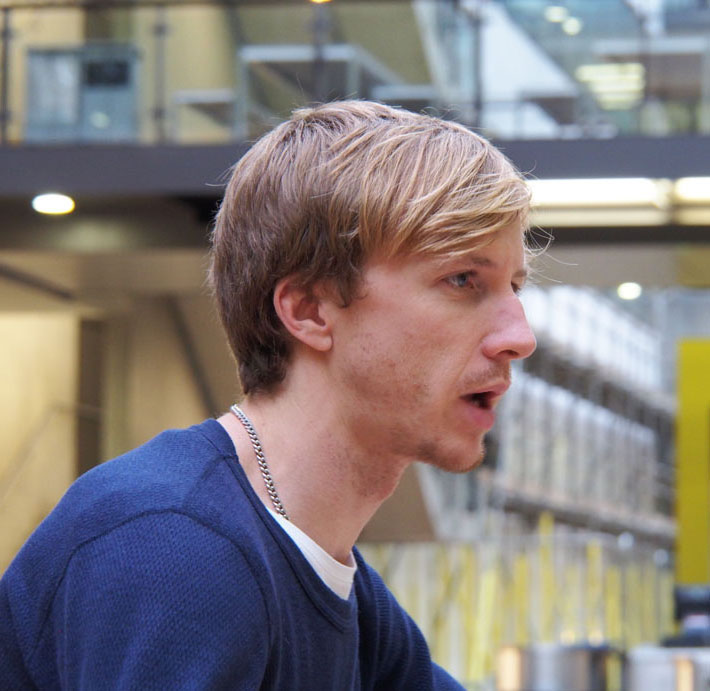 AW: Why did you decide to start CAGN?

CC: I have found myself in the position as a kind of an industry observer, involved in different areas, connecting people, networking and hopefully having some useful opinions and ideas about the industry. There are so many things going on in the Chinese animation industry, I think it’s useful to have that outside perspective, to look at the whole industry and try and take an overview. It’s a vibrant but at the same time quite chaotic industry. There aren’t the systems and the organisations in place that you have in the West to bring it all together. CAGN started life as a pure networking tool. We started organising these quite small events in bars, fairly indiscriminately inviting people, whoever we could find working in the animation and game industries.

AW: How did it evolve?

CC: The aim has evolved to be less about pure networking and more about showcasing good work and learning, so that the people that come to events, not only will they have the chance to meet people and make some new connections, but mainly they’re going to see something that they wouldn’t have seen elsewhere. We’re relatively small scale at this point but intend to keep growing the events to be bigger and bigger. We have some exciting plans for 2016.

AW: Could you give us an example what the event is like?

CC: As an example, take our first event. We picked ten short animations that were shown at the world’s main animation festivals, like Annecy or Ottawa, and invited around 100 people to come to a bar, watch the films and have a chat. But for one more recent event, we wanted to showcase some Chinese independent animation so we tracked down the filmmakers. All kinds of different people came that night. It wasn’t just animation professionals or game professionals. It was people working in the advertising industry or writers and people who are interested in creativity in general. People wanted to see what kind of themes and content would be created by Chinese filmmakers because a lot of people weren’t really familiar with what is going on here. The filmmakers were extremely enthusiastic because there really wasn’t any other place, or very few places, for them to show their work inside China and certainly nowhere else that they could present their work to an audience that was so diverse – with Chinese, foreigners, professionals and students from all kinds of different disciplines and levels of seniority.

AW: How did you spread the word about your events? How do you market in China?

CC: We tend to do it with (China originated SNS app) “WeChat”, which isn’t used in the UK really. WeChat is probably the best way, because things go viral very easily. I make a post and put it on my ‘Moments’, which is like the Facebook wall. People can look at that or you send it directly to the people you know in your address book who’ll be interested in that event and they say “oh cool”, they send it to their friends and it just explodes. If you’ve got a cool event, the word’s going to spread very easily. It’s like Facebook, Twitter, WhatsApp and all kinds of other services all put together.

CC: Probably the most interesting thing and also the thing that’s most common when I meet people in China, is that drive to find original IP. Creating characters that will become really successful, well-loved, and hopefully applied to films, TV shows, commercials, comic books, whatever. Like Disney did with all their characters, and Marvel did with all their characters. They can apply those characters to theme park rides. Hotels can use those characters for co-branding. Malls, apps, you name it. Some companies are bringing in outside expertise from the West. Some teams are setting up development studios, entire studios in America to try and develop concepts and projects. 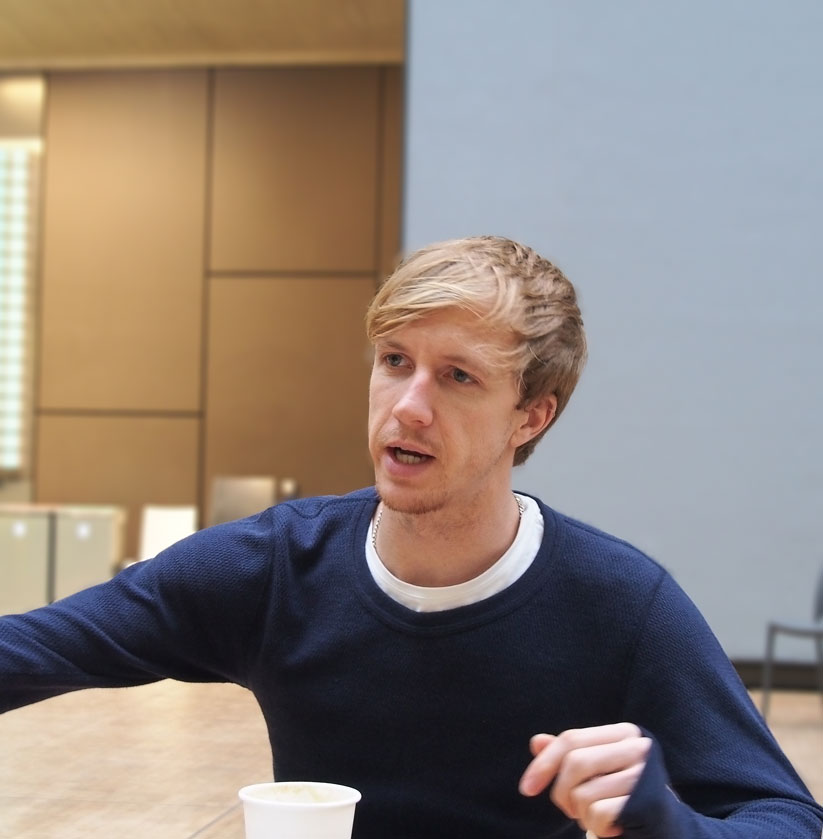 AW: What the situation of film and TV animation in China?

CC: Film is where the money is. It is hard to make money directly from a TV show. Stations pay hardly anything to buy content. The way that you make money from TV shows is you put them on TV, build a following and then you can sell ancillary products like toys or games or perhaps books. That’s how you make money from those characters. Film is where the big money is potentially and so there are a number of studios now that are chasing that prize.

AW: How about online? I heard that there are so many online streaming platforms equivalent to YouTube.

CC: Online animation is a big topic at the moment and lots of directors and creators are seeing that as a way to monetise their products. Online animation is maybe an easier way to develop your audience. You can get out there much more easily. There’s a number of directors who are creating characters and little shows and some of them are becoming really popular. 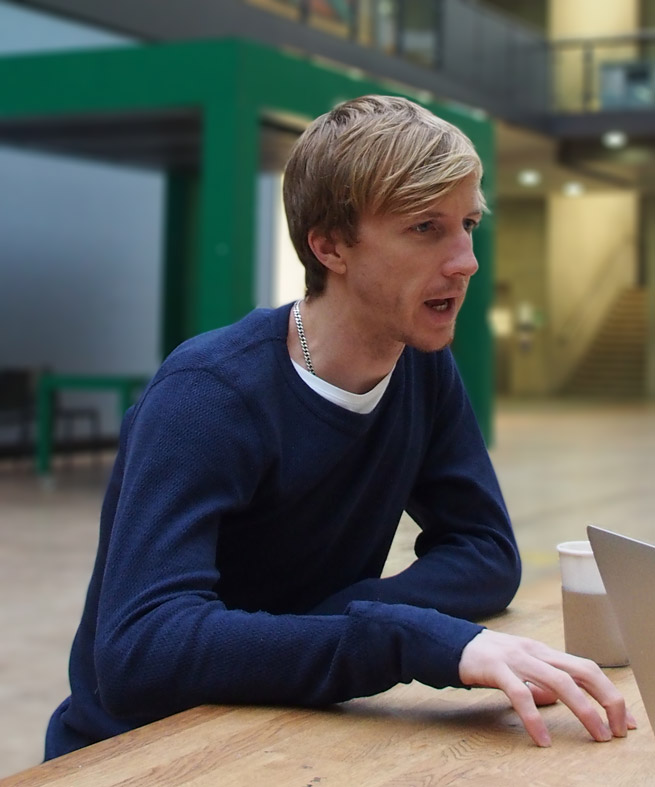 AW: What do you think about the strengths of China?

CC: One thing that China has in its favour is a great desire to learn, find success and improve the quality of what they’re doing. That’s a really noticeable thing. They’re in a rush to catch up. They want to be world class. They want to make great content. That’s probably one of their biggest strengths and if in China you want to do something, really do it, things can happen very quickly. They mobilize very quickly. They get things happening and that’s a good thing and a bad thing. It can lead to things being a bit rushed or the staff having a bit of a difficult time sometimes or things being done in a less than perfect way but it’s more like trial and error, like, do it, get it done, finish it. That wasn’t really good, let’s do another one. Keep doing like that.

AW: I heard about a number of news on co-production between Chinese studios and Western studios. What advice would you offer to westerners looking to co-produce in China?

CC: Obviously in China there’s lots of money floating around. These investors are looking to invest in good projects, so Western producers know if they come to China and they meet the right people there’s a chance they will get a lot of money and crucially, access to the huge China market. I’ll say generally speaking, if you want to co-produce with a Chinese studio and this goes for anywhere in the world I suppose but especially in China, communication is so important. You cannot assume that people understand your meaning and they’re going to do exactly what you say. You’ve got to obviously trust that studio completely. You’ve got to have a very clear understanding and how it’s going to work and then you’ve got to have a very clear communication with that studio. It really depends on the project and how it works.

AW: What things do you think are going to be hot in Chinese animation industry and what are you looking forward to for the future of the industry?

CC: The hot areas are film and online series. I can’t look too far into the future, it’s hard to say but in the next year or so I’ll be really interested to see the films that come out. I’m looking forward to seeing a film come out that’s very unique. It doesn’t have to be about China or a Chinese legend or something. It just has to be from a creator, a local creator that’s got a unique idea, a unique vision. That’s what I’m most hoping to see.

The best way to catch up with the situation in China

AW: Are there anyways to know what’s happening in China for the people in the West?

CC: I would say download WeChat, then join the CAGN WeChat account and look at CAGN’s WeChat feed. We publish general animation news and information about the events we do. If you know nothing about Chinese animation that’s a good way to just learn a little bit in English. There are going to be more events coming in 2016, so look out for those. You can read some of my articles on AWN.com – click my author name ‘Chris Colman’ – and you can see the list. For more news about the China advertising industry, which includes a lot of animation and postproduction stuff, check out SHP+ (shpplus.com).