06. ABC Animation: High quality Animation to the World, from Japan

‘Asahi Broadcasting Corporation (ABC)’ is one of the major Japanese broadcasters, broadcasting TV and Radio programs to the whole area of Japan through their network, based in Osaka. ‘ABC Animation’ was established to take over the service of the animation department in ABC in July 2016. ABC Animation’s business covers the planning, producing and sale of animation titles, including the hugely popular Pretty Cure franchise. They are also actively expanding their activities internationally.

The Animationweek editorial team had the opportunity to interview with Masayuki Nishide, the CEO of ABC Animation, at MIPCOM 2016 to hear their policy, involvement with animation production, and their future plan. 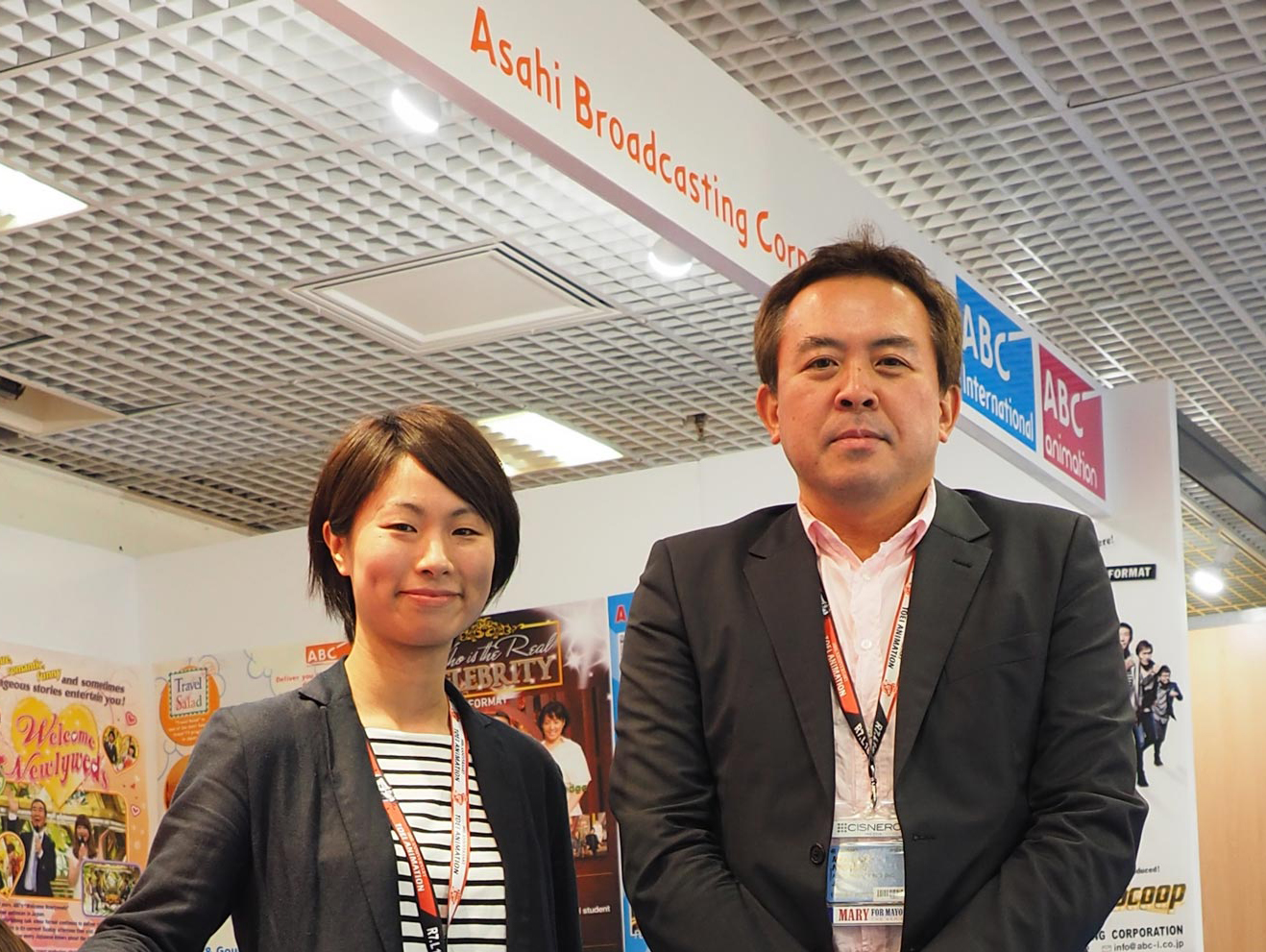 Animationweek (AW): Could you please tell us how you got involved in animation work?

Masayuki Nishide (MN): After working on many different projects at Asahi Broadcasting Corporation (ABC), the TV broadcaster, I moved to the animation department of the company about ten years ago. Then, we established ABC Animation this year.

Conventionally, Japanese broadcasters did not have many animation programs so that my first few years at the Animation section at ABC was to work on just the Pretty Cure franchise. We have started to produce the animation series aimed at a young adult audience as a midnight segment of program, and sell them to oversea markets since 2012. It resulted in successful titles like Free!. This year, we took part in a theatrical animation film project A Silent Voice, which is not based on any TV animation series, as one of the producers.

Structure of an Animation Project

AW: What is the relationship between Asahi Broadcasting Corporation and ABC Animation?

AW: Could you please tell us how ABC Animation participates in projects of the Pretty Cure franchise?

MN: One of our main roles is ideation and planning. For instance, we think and suggest the outlines of the new Pretty Cure series, which will be broadcasted next year, such as the key concept, the number of main characters, what the main characters are trying to fulfill through the story, and so on. Then, we develop the scenario with Toei Animation while paying attention to the broadcasting code in Japan. When we have the final version of the scenario, we entrust Toei Animation to proceed to production like storyboarding, etc.

As one of a broadcaster’s group companies, we provide audience information such as the analysis of ratings to the project team. In terms of marketing information, it is more of a role of an advertising agency rather than us in the team.

AW: So, were ABC Animation, Toei Animation and the advertisement agency the main members of a new Pretty Cure series in the early stage of the project?

AW: Japanese animation projects tend to adopt a financing system called “Seisaku Iinkai Housiki”* to produce. What do you think about the system?

*: Forming a production committee with companies across certain industries such as a broadcasting company, animation production, publishing company, advertising agency, toy company, etc. They fund and share the IP.

MN: It’s the same as an opinion talked by many people generally, but I think that the benefits we can get by adopting Seisaku Iinkai Housiki are reducing the financial risk of each company and the best use of each company’s strength for better content and its marketing.

AW: I would like to ask about your global business activity. Do you have any difficulties in exporting animation titles? Do you have anything that you focus on in terms of oversea expansion?

MN: What kind of content would be popular is different depending on the country and region. Some markets may prefer animation with good-looking characters, but others might like ominous horror or suspense story thrillers. There are also countries who may prefer a story of pop idols or action stories, the royal road of Japanese animation. It could be said that identifying each market’s preference could be difficult. And what the market prefers is different by each region so that we keep our eyes open to find a good licensee in each market, who is working hard. To be honest, it would be easier to sell worldwide distribution rights to one company. However, we would like to do business with licensees, who face a particular market faithfully. For example, in terms of licensees in Europe, there are many licensees in Germany and France, who have an understanding of Japanese animation and are good at appealing each animation titles to their audience. That’s the reason why we are in MIPCOM now.

AW: What do you think about international co-production?

MN: Of course, we need to achieve a sufficient level of TV-viewer rates in Japan, first of all. Among the titles we produce, I think we can still say that animation titles for children, which we merchandize, are dominant in the Japanese market, but viewer rate for animation is in a gradual decrease in recent years. In particular, animation programs, which are broadcasted in the whole area of Japan, haven’t achieved a good rate, so that we are facing difficulty in acquiring a slot of broadcast times in our national broadcasting TV programs for animations now. To respond to this situation, it is not that we do not think about the possibility of international co-production outside of Japan with eyeing on OTT (over-the-top) SVOD (subscription-funded video-on-demand) platforms such as Netflix, Amazon Prime Video and YouTube Red. Having said that, we do not have any ongoing concrete co-production projects and there are many things that we need to consider such as differences of culture and working environment among countries and regions, or whether it is best to co-produce with Europe, Asia or America. So it is something that we will consider as a next step.

AW: What kinds of animation do you want to plan and produce in the future?

MN: We want to create an animation for kids, which could be a classic in the world. It is an animation title which could be enjoyed by everyone, either boy or girl, or being produced in Japan or international co-production. As I am coming from a broadcasting company, I would feel the biggest happiness if the animation was enjoyed by as many people as possible.

AW: Could you please tell us animation titles that you would like to introduce globally, or give us a message to distributors and animation studios overseas, if you would like?

MN: We introduce several high quality animation titles every year that we can license with confidence as represented by titles such as A Silent Voice, which are produced by top studios and artists. I think that we are becoming progressively a more trusted partner by competing on quality not quantity of our line-ups. Our customers are spreading worldwide, right at this moment.

06. ABC Animation: High quality Animation to the World, from Japan