HN: Could you let us know what were your stylistic intentions behind having some of the animation (notably the characters) remain in black-and-white?

Verica Pospíšilová Kordić: Color is quite important in the film as each color of the brain and the background represents Sylvie´s given role. In order to keep this as clear as possible I left the characters in black and white. Only Sylvie´s hair bears color, and this is because I wanted the color red to symbolize the force of life secretly lying in Sylvie that was never lived or shown. Sylvie was also visually inspired by my Mom who dyed her hair with henna, leaving it looking reddish.

HN: I’m interested in the story behind the music creation for the film. How did Filip Nebřenský join your film project and how was the collaboration with him? What did you take care in the most for the music in the film?

Verica Pospíšilová Kordić: The film has no dialogue as I wanted to put the emphasis on the sound. My plan was to use, but not overuse, realistic sounds. After trying real birds singing for the the second main character of the film, namely the bird, my husband, who is a musician and an editor, and I came to the conclusion that it would be best to replace this realistic sound with a woodwind instrument. And because Filip is a terrific woodwind instrument musician and also one of the band-members in the band where my husband plays, we asked him to make the music for the film and he accepted. The collaboration with Filip was wonderful, although at times difficult due to the fact that this was a very low-paid project for Filip and he had to work on other projects at the same time.

Aside for not wanting to overuse the realistic sounds I wanted for the foley effects to be somehow incorporated into music, to create the melodies of their own (for example, the typewriter at the office). I also wanted for the individual sounds to come together in the end, to create this big mish-mash and in that way support the chaos occurring in Sylvie´s life. Filip fantastically managed both of these requirements and I am very happy to have been able to work with him.

HN: If you have any animation creators who has influenced your style of animation, could you please let us know about them?

HN: What do you think is the attractiveness of 2D animation as a visual medium to tell stories for you?

Verica Pospíšilová Kordić: I love drawing and I find it very natural to express my thoughts and emotions through line. I tried working in 3D animation and computer cut-out animation in the past, but these computer techniques had always drained me because mouse-clicking never really felt like animating to me, even if the outcome would turn out well. Drawn animation (whether it be on paper or on a tablet) offers a lot of possibility for play, for transformation and morphing. I love the “messiness” of it, when you leave the line unclean. I love the dynamics of it, as the line becomes thicker, then thin, then thick again. And I love the line´s incredible ability to communicate an idea, even if it is very simple. The drawing makes me feel alive; that is why I think my future projects will definitely be drawn. 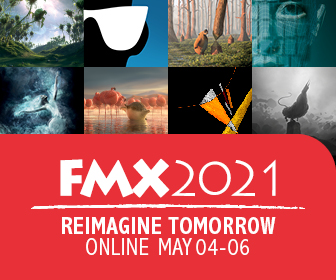