Chayé says that it is a long process to reach the final character designs from the start of the project in 2005. Some basic character design ideas such as not having outline and a nose with some graphic lines were out there, but the design evolved along the way.

Taking Sasha as an example, Chayé says that he has a lot of influences from his previous works that he was involved with. “It was more instinctive. I went to work as an assistant director to Brendan and The Secret of Kells, and I was influenced by the work of Tomm Moore. It started to evolve a little bit to simple shapes and to working with graphic shapes. Then, I went back to work as assistant director for Le Tableau. That also gave me some influence. At one point, I started to outline the characters, and my friends said to me, ‘oh, that’s really nice!’ I felt that it was interesting and I had to push in that direction. I’ve been developing this technique in parallel, while I was an assistant director”.

The Importance of a Production Pipeline

While Chayé was working on different projects, he started realising the importance of the production pipeline. He invented a pipeline to complete the work with Flash. He used Flash for the storyboard, layout, animation, and coloring. The only part where they did not use Flash is for coloring backgrounds, which are done with Photoshop, and compositing in After Effects.

Han places importance on Flash by saying that Flash saved them not only time but helped them make a film more economical. “It was a very important software for us, because the movie didn’t have a big budget, and to draw animation drawings like Long Way North without outlines, it takes a lot of time, because it’s almost like painting the character. We had to find solutions to be more economical, and Flash helped us a lot in order to respect the budget.” 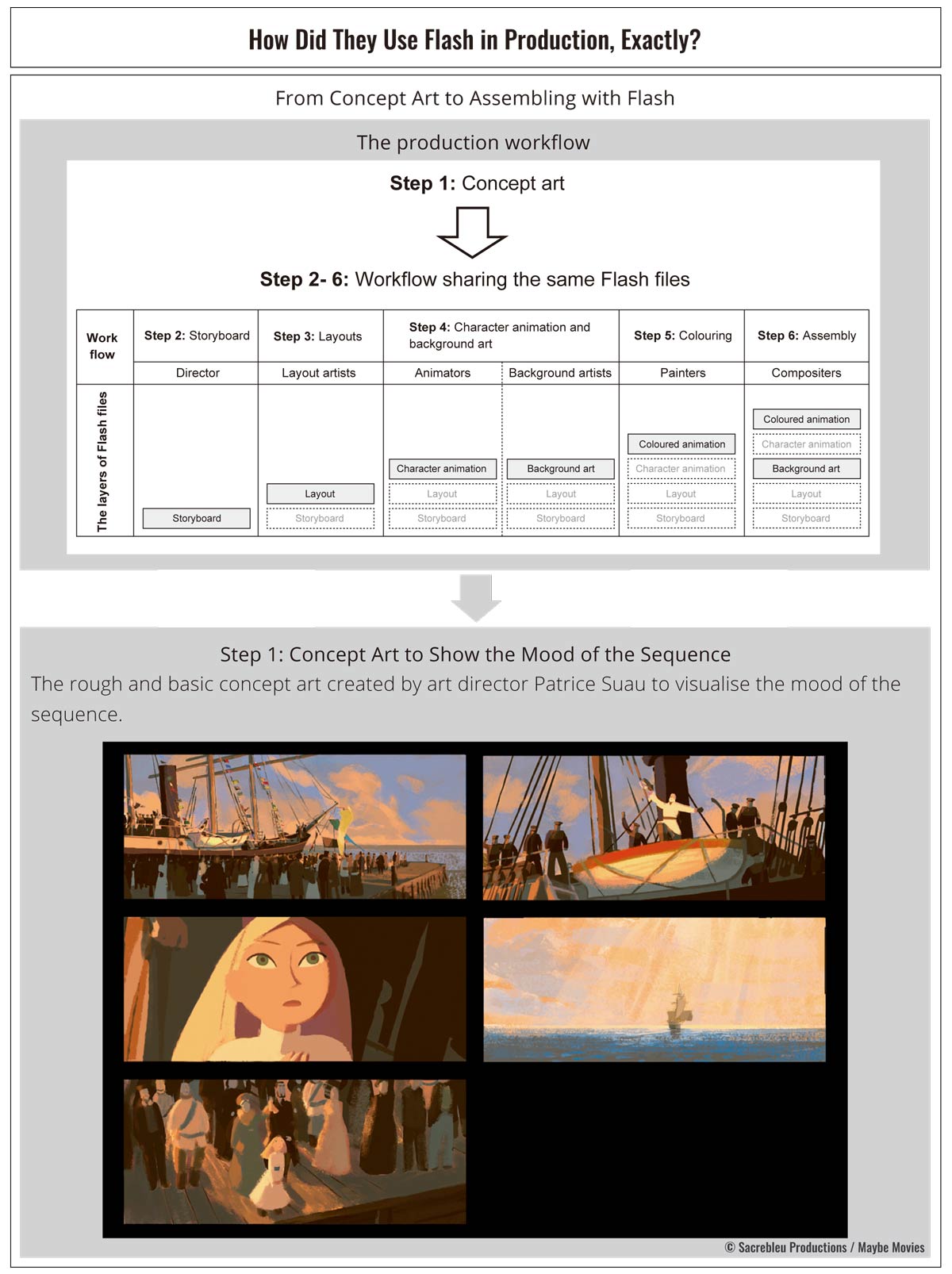 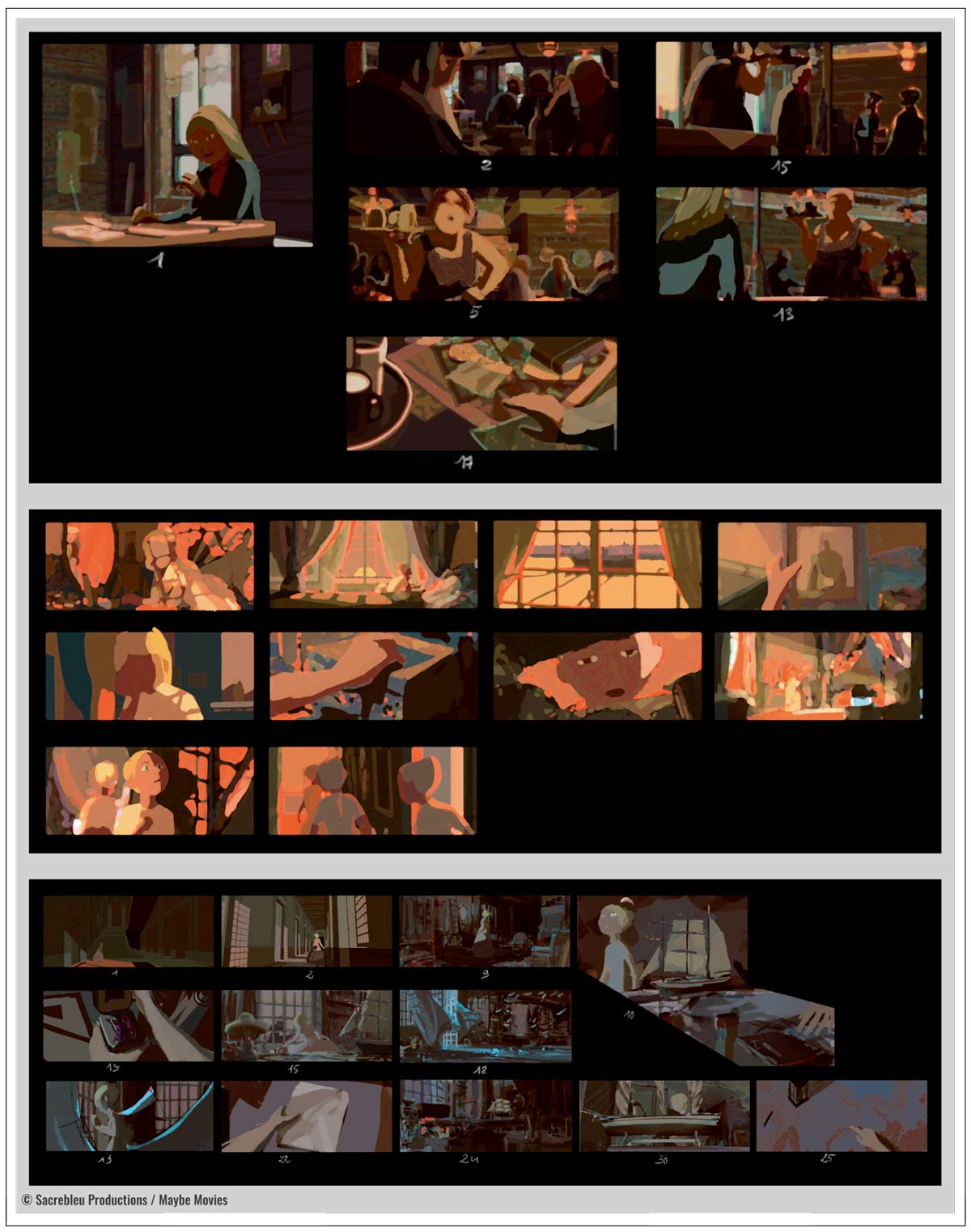 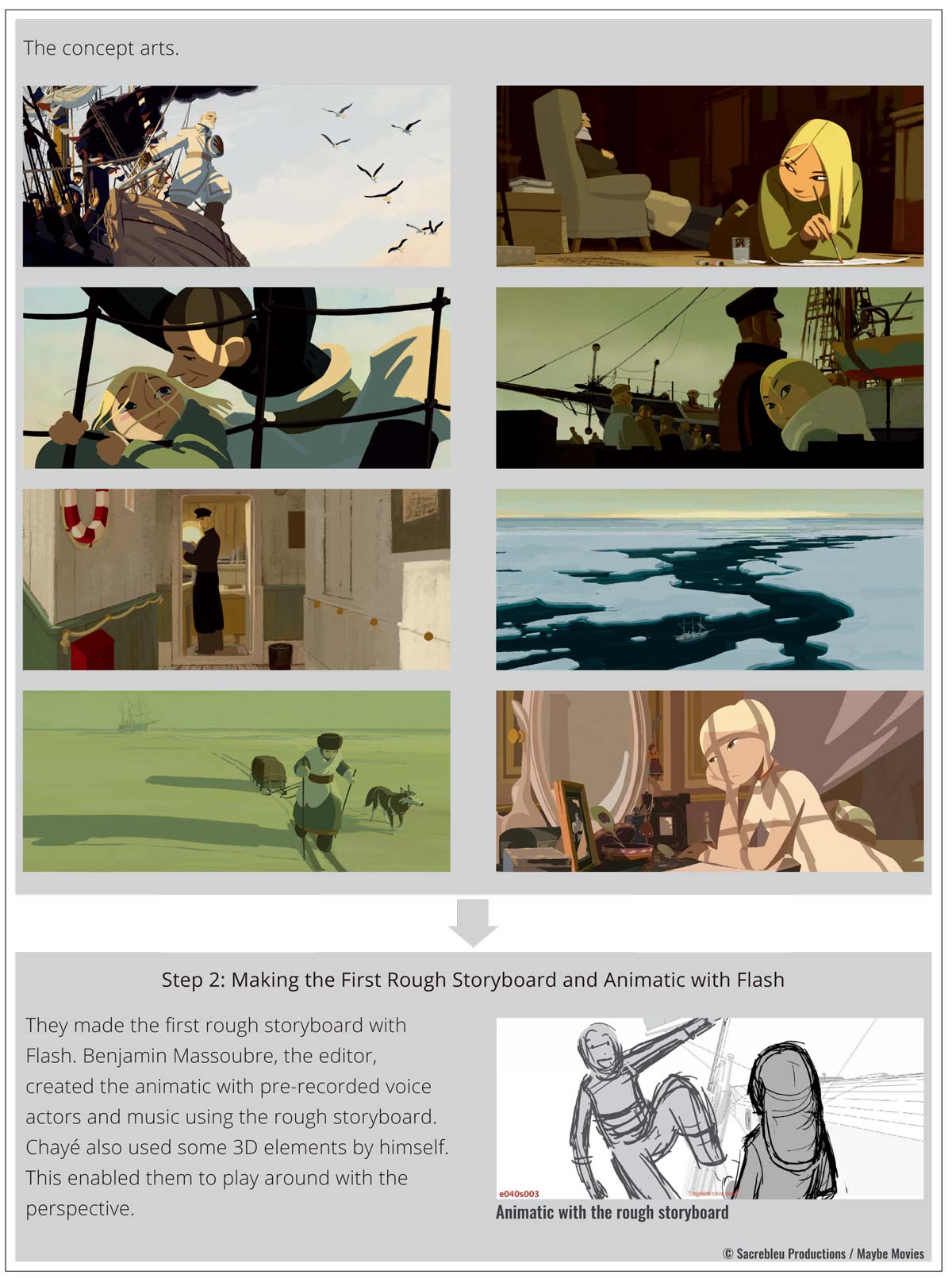 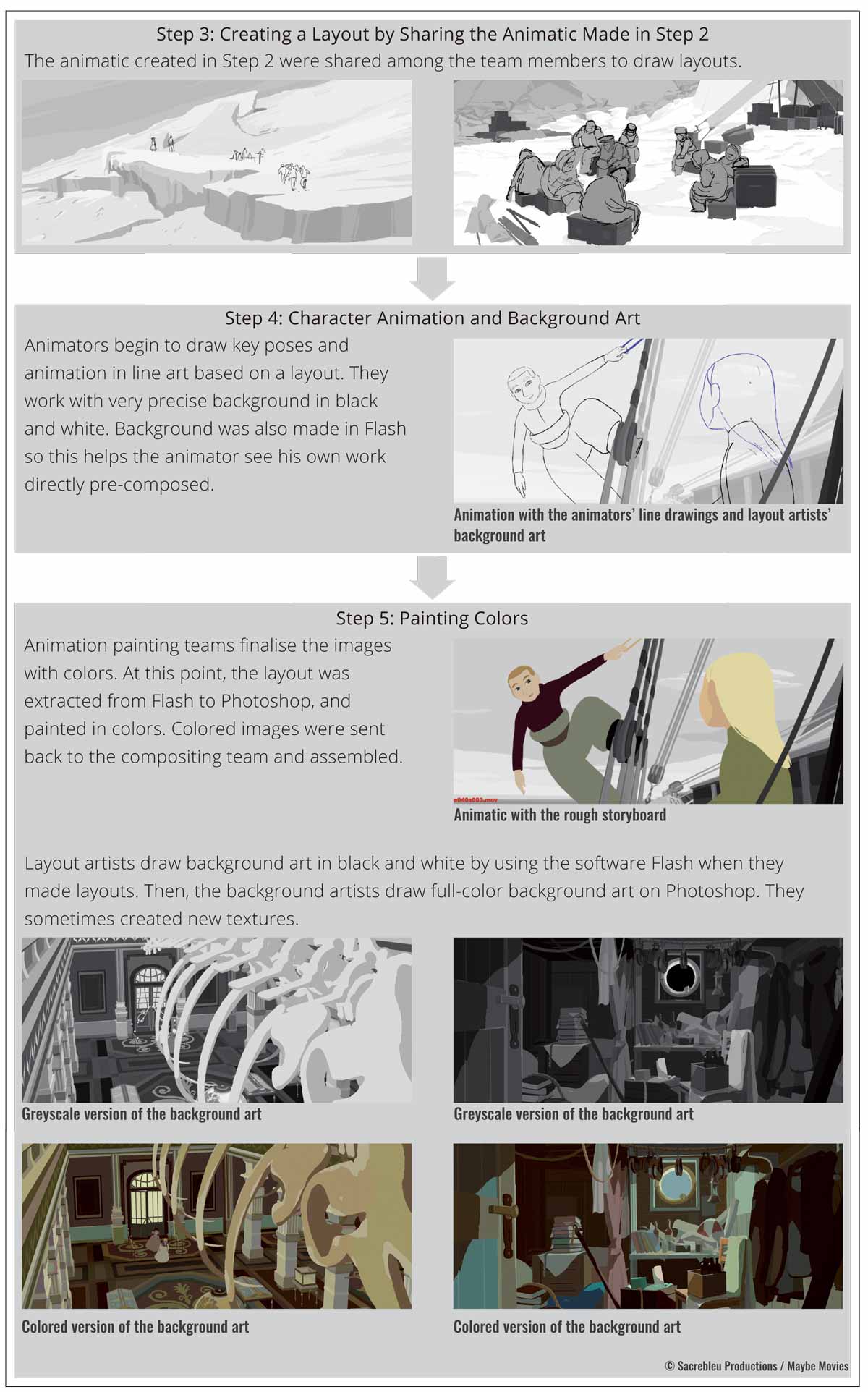