Pushing Beyond their Own Limits

With A Cat in Paris, from the beginning, they wanted to push their limits in terms of their style. All of the graphics were influenced by French comics (“bande dessinée”), as well as by the Belgian artist Hergé who created The Adventures of Tintin and his drawing style “La ligne claire”. Felicioli says, “The style found in Bande Dessinée is very developed and rich, it’s a great influence to me along with Fine Arts. The idea with A Cat in Paris was to have mixture of both. My initial idea was to make a film that looked like a moving painting. Alain’s psychological stories were a good opportunity to do this.”

Felicioli also tells that he had influence from other art forms like comic artists, namely Jacques de Loustal and Lorenzo Mattotti, and painters such as Modigliani, Picasso, and Bonnard.

One of the amazing characteristics of A Cat in Paris is the smooth yet unique animated movement of characters. For Gagnol, animating the drawings of Felicioli is very natural to him. “Jean-Loup’s drawings correspond well to my way of animating. His drawings are very dynamic. I used his curves and exaggerate them. I also tried not to lose the character and the meaning of the scene by not exaggerating the movement too much. It is very important not to lose the sight of what we want to tell”.

On the other hand, it’s not an easy process to animate. Gagnol continues, “The graphics of Jean-Loup is very difficult to animate and we also had a lot of trouble of keeping it intact. It was sometimes difficult for animators to understand the internal logic of the drawing. It must be said that there was no model-sheet and each layout became the model to follow”. 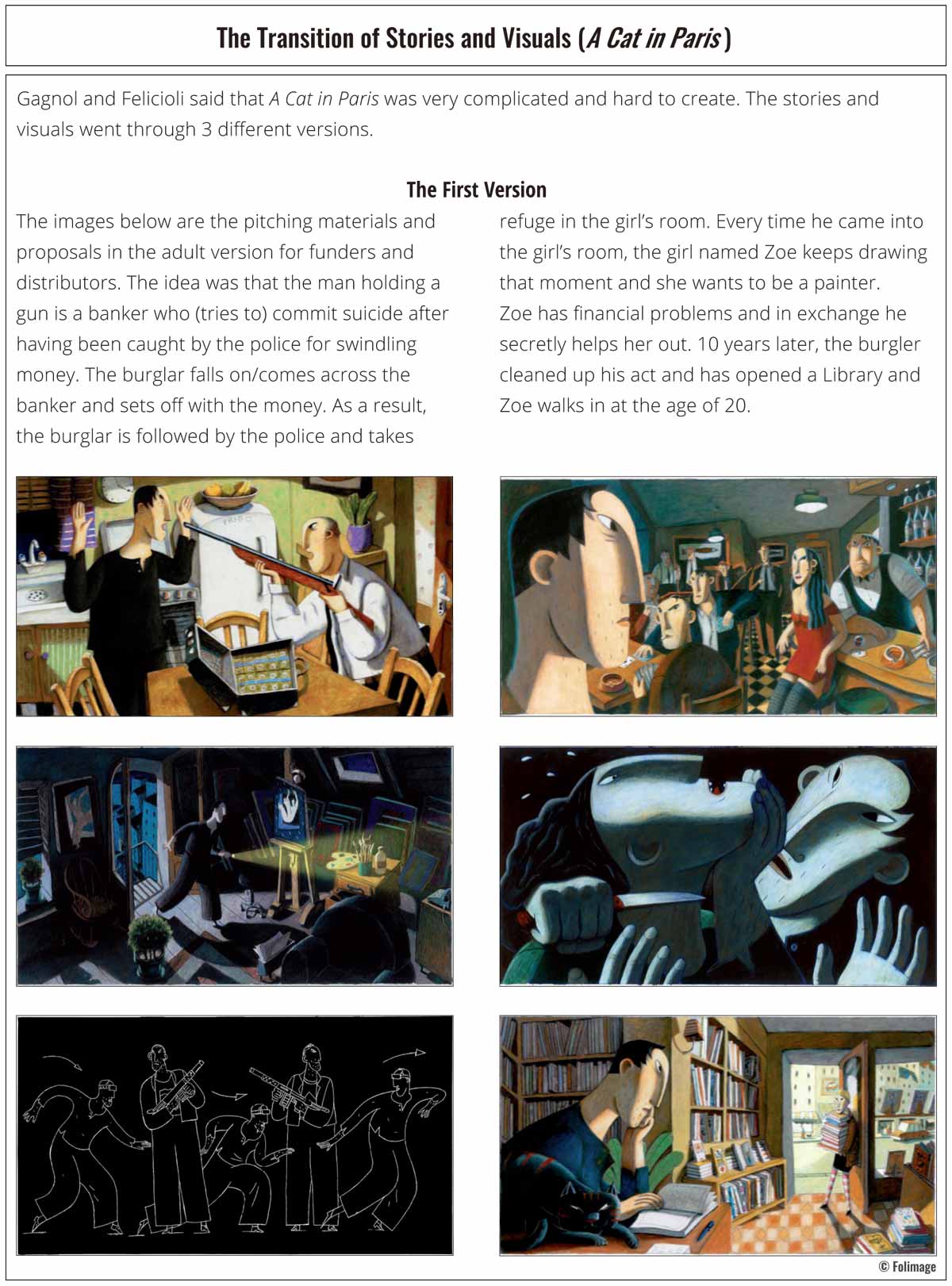 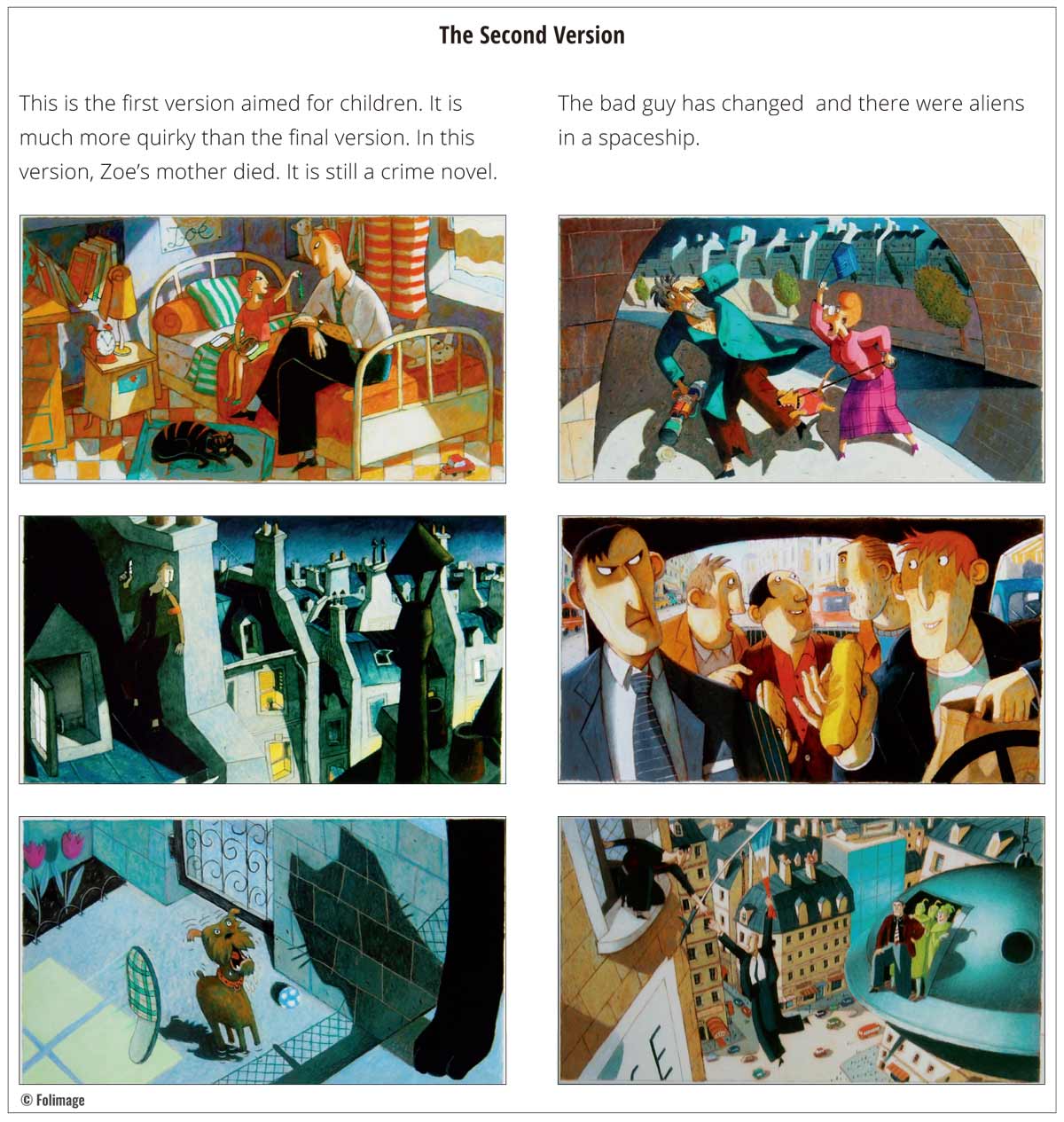 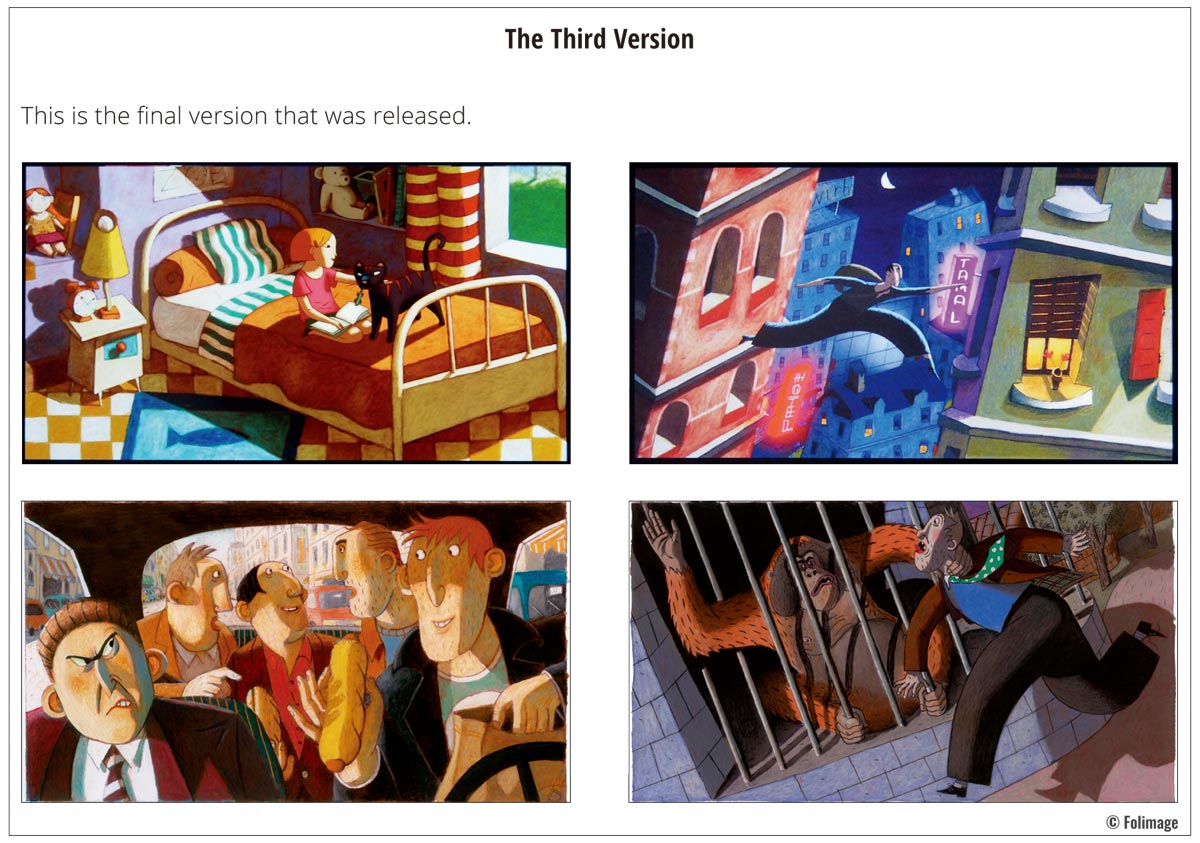 The music is memorable in A Cat in Paris. Gagnol and Felicioli made an animatic first using pre-existing music and this gives Serge Besset, the composer, a general direction. Gagnol describes Besset’s music as “very virtuoso and composes melodies directly with us. We sometimes ask him the impossible (a cheerful music and sad at the same time) and the miracle is that he gets there!” Gagnol says that discussing other films also serves as a reference for the mood and feel of the scenes.