The Attractiveness of the Original Story

HN:  What attracted you about the original novel? And how did you try to express those attractive points in animation?

Hiroyasu Ishida: It is difficult to pick one thing and say “this caught my heart”, because the original novel has many points of attractiveness. A variety of elements frame the story, such as the main boy character, boyhood, “Onee-san” (the adult woman), encounters with the unknown, and so on. I feel that they make the story as an enigmatic phenomenon, which is a mixture of many different story genres.

I can simply say, “The main boy character or Onee-san entrances you”, to explain the reason why the original story is fascinating. Actually, that’s how I answered in some interviews. However, now that after quite some time has passed from the theatrical release of the film and seeing the audiences’ reaction to the film to some extent, my analysis is that the indescribable sensibilities of childhood that you experience in your juvenile years, which I also experienced during my childhood but couldn’t put into words because I was a child, were expressed indirectly by a unique way of blending a variety of pieces, which constitutes the film’s story. That is the attractiveness of the original story.

So, when I was developing the structure of the film’s story, I couldn’t omit any elements in the original story easily. It was quite difficult to make the film with a simple story line. Actually, I think I can say that the real goal of this film was not making a simple story.

There are many pieces in the film that center around people’s childhood, and no one’s childhood could be called the definitive childhood experience, so I think that each of the audience can easily find something they can relate to in their own life.

By the way, I’ve heard from a producer that Hidetoshi Nishijima, who was the voice actor of Aoyama’s father, had said, “It is a film where people can find something that they can relate to, something they’ve experienced in their childhood”, after he watched the final film.

If I picked a different novel as an original story for the film project, which enabled me to say the theme of the story simply, like “friendship” or “love”, this interview might’ve proceeded more smoothly (laughs). 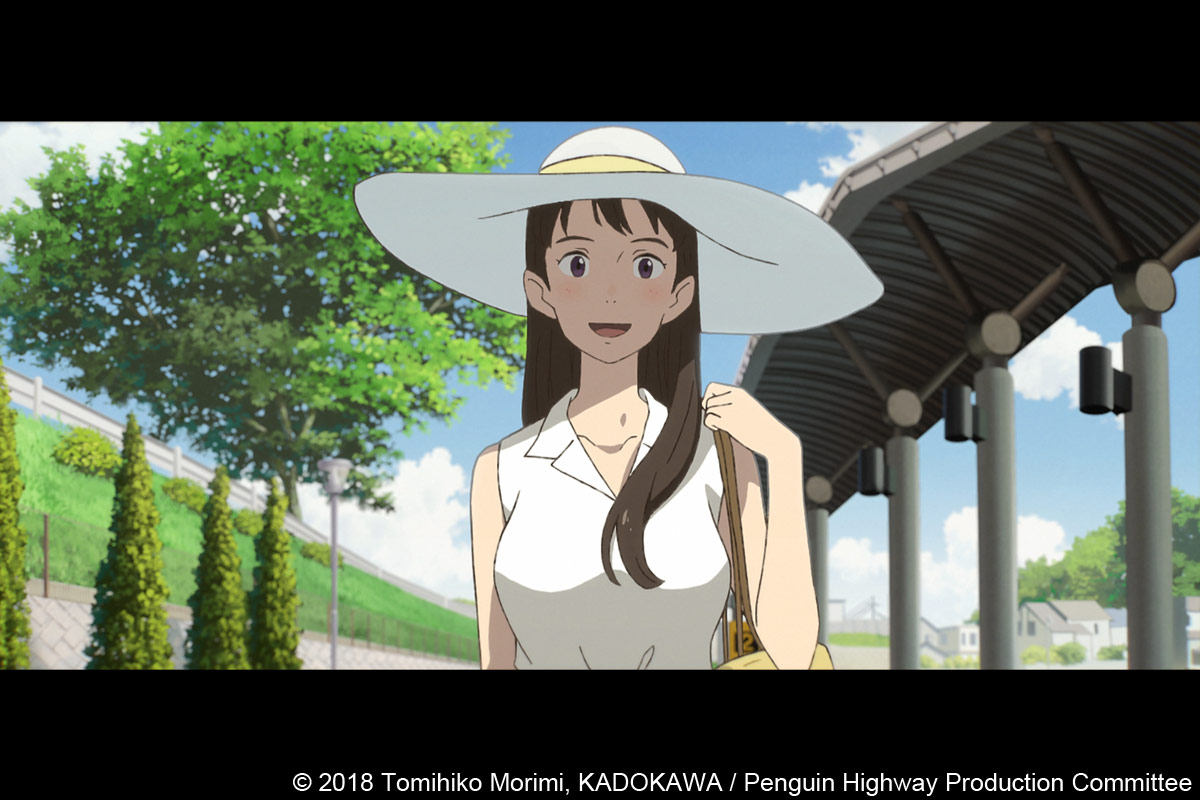 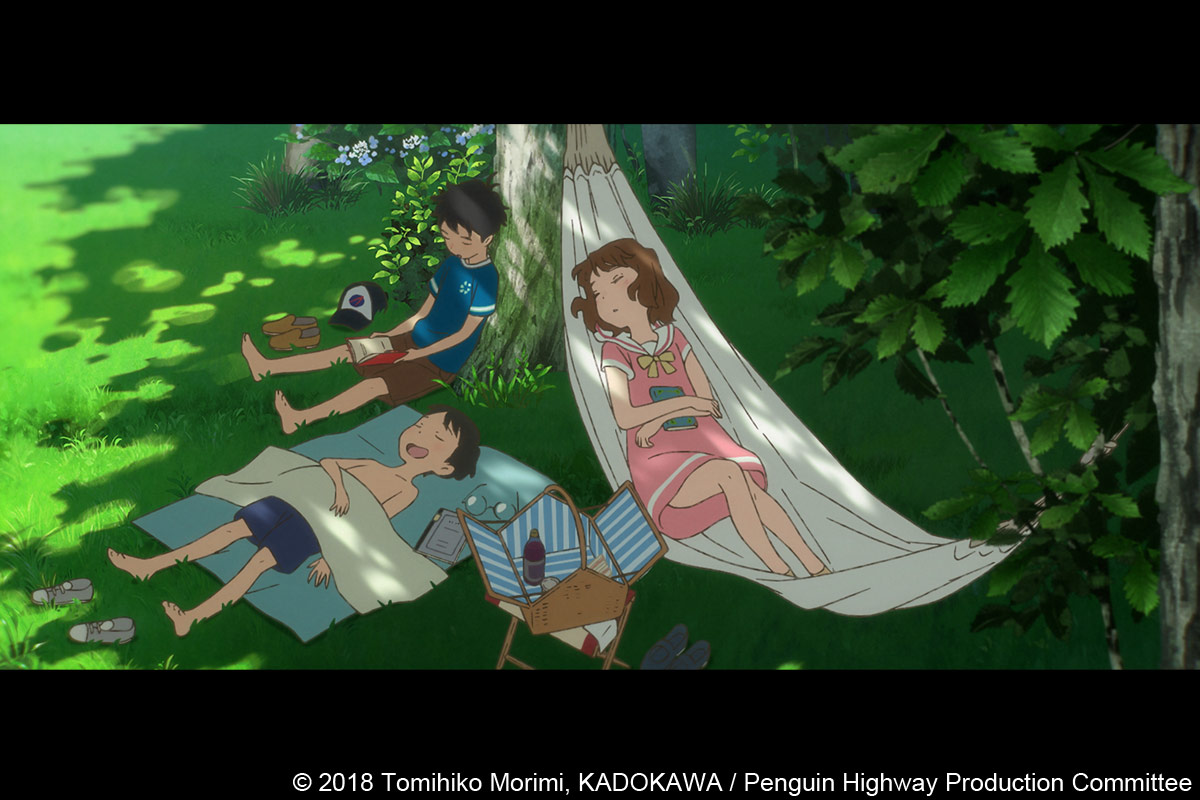 Collaboration with Author and Scriptwriter

HN: Did you talk or discuss with the author of the original novel, Mr. Morimi, anything about the content of the film throughout the development process?

Hiroyasu Ishida: Mr. Morimi’s stance on the film was basically leaving everything about the film to me. So, I talked with him a few times about the content of the film, up until the film’s completion.

I met him once when we got the permission to cinematize the novel from him by showing our second proposal. At that time, there was almost no opinion and advice from him to me, but he only gave me his opinion about the vision of Aoyama as a boy genius. On the other hand, I asked him some questions but his replies seemed to be about trying to remember things from the original novel, like “What was that about in my novel?” He is a novelist who releases new titles one after another. For example, when the TV animation series Yojouhan Shinwa Taikei was on the air, he released Penguin Highway. So, I think he is the kind of person who lives in the moment, focusing on the work he is currently writing at that time.

After the meeting, Mr. Morimi gave me no particular requests for the film. I asked him only one question about the story, which is about the part of solving mysteries in the story. His answer to the question was a bit of advice without any clear instruction, “My original story was a bit complicated in that regard, so please feel free to simplify them in the film”, and left it to me.

Mr. Morimi is a man of a few words, so I thought what he gave his opinions on were particularly important points in the story. I took time to find the direction on the vision of Aoyama being a boy genius and how to solve the mysteries in the film’s story. The mystery-solving part relates concomitantly to the journey of the story from the beginning. So, I struggled to think thoroughly about that, and then found a unique answer for the animated feature.

HN:  What was it like working with the scriptwriter, Mr. Makoto Ueda?

Hiroyasu Ishida: Mr. Ueda knows well about Mr. Morimi because he did the series composition*5 and scriptwriting for a TV animation series titled Yojouhan Shinwa Taikei (English title: The Tatami Galaxy) based on the novel of the same name written by Mr. Morimi, and he wrote the script for the animated feature Yoru wa Mijikashi Aruke yo Otome (English title: Night Is Short, Walk On Girl), which is also based on a novel by Mr. Morimi.

Here’s a story I’ve heard from Noriko Ozaki, a producer from Fuji TV: Mr. Ueda personally deigned to praise my short film titled rain town and he kindly sent a message to Mr. Morimi: “He is the director of rain town, so he is totally fine”.

Like a matchmaker, he kindly supported building a good relationship between Mr. Morimi and me.

Additionally, Mr. Ueda gave me a lot of helpful and useful advice, like “I think Mr. Morimi surely wants to do this kind of thing here”, even though Penguin Highway is a different type of novel compare to Yojouhan Shinwa Taikei and Yoru wa Mijikashi Aruke yo Otome. After our first meeting in person for Penguin Highway, I had Mr. Ueda come to Tokyo from Kyoto every few weeks for meetings. Outside of those meetings, he also sends me his plots via email many times and I reply to him all my thoughts about his plots, like “I would like to have your idea in this part/scene. On the other hand, in terms of your idea about that part/scene, I’m thinking to direct in this way”.

I had the impression that Mr. Ueda likes to think of ideas of short stories and materials for the side and back stories. He has been trying to suggest me new ideas for the story from his unique distant point-of-view from the original novel while I was developing the structure of the film’s story based on Mr. Morimi’s original story. I felt that he indeed gave a variety of wonderful ideas to me, as much as possible. So, there are quite a few great ideas by him, which I sadly could not use to make the running time of the film within 2 hours.

When Aoyama takes a note, he organizes information into what looks like a scrapbook by using an index and tags to classify them, which was also Mr. Ueda’s idea. ‘Onee-san’ doing research by herself was another idea he came up with, but we couldn’t use it in the film.

Mr. Ueda not only put many of his original ideas into each of his plots, but also gathered his ideas into collections of ideas that he couldn’t use and felt that it would be good to have for the film as well.

Each plot he sends me, he would kindly attach a collection of ideas at the end. His ideas ended up amassing into a huge amount of information, so I can’t remember them all now (laughs).

*5: It is a role for TV series development in the Japanese animation industry for controlling the structure of the story throughout a series. Generally, an experienced veteran scriptwriter takes charge of this position and designates scriptwriters for a series and manages them by working closely together with the director and producer(s).

HN: You and Mr. Ueda developed the whole script for the film gradually by sharing each other’s ideas and exchanging each other’s opinions every time the script reached a certain volume, I suppose?

Hiroyasu Ishida: Yes. I shared with Mr. Ueda my impressions and opinions about the script he wrote and original ideas he suggested. I would also ask for his opinion when I gave him my new ideas, then he would reflect them into the script. We repeated this workflow over and over.

It was very comfortable to work with Mr. Ueda because he kindly answers to all my questions and requests, whatever they were. 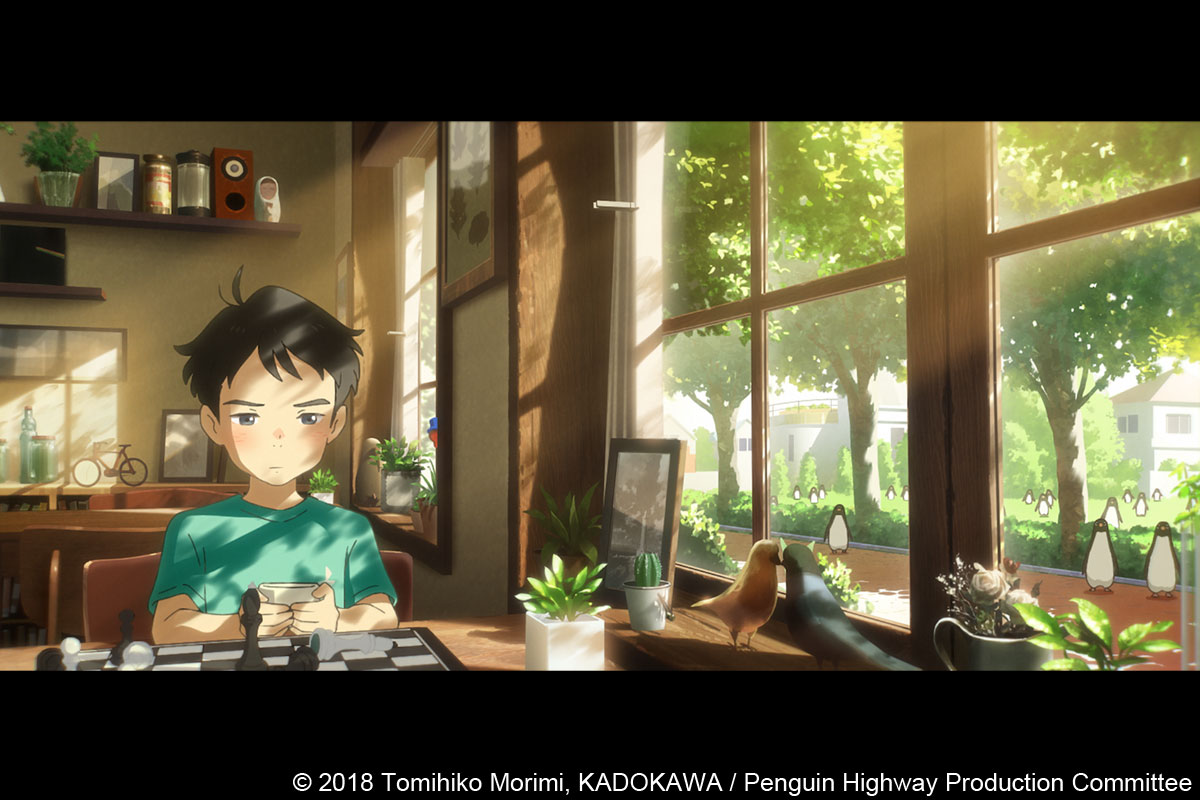 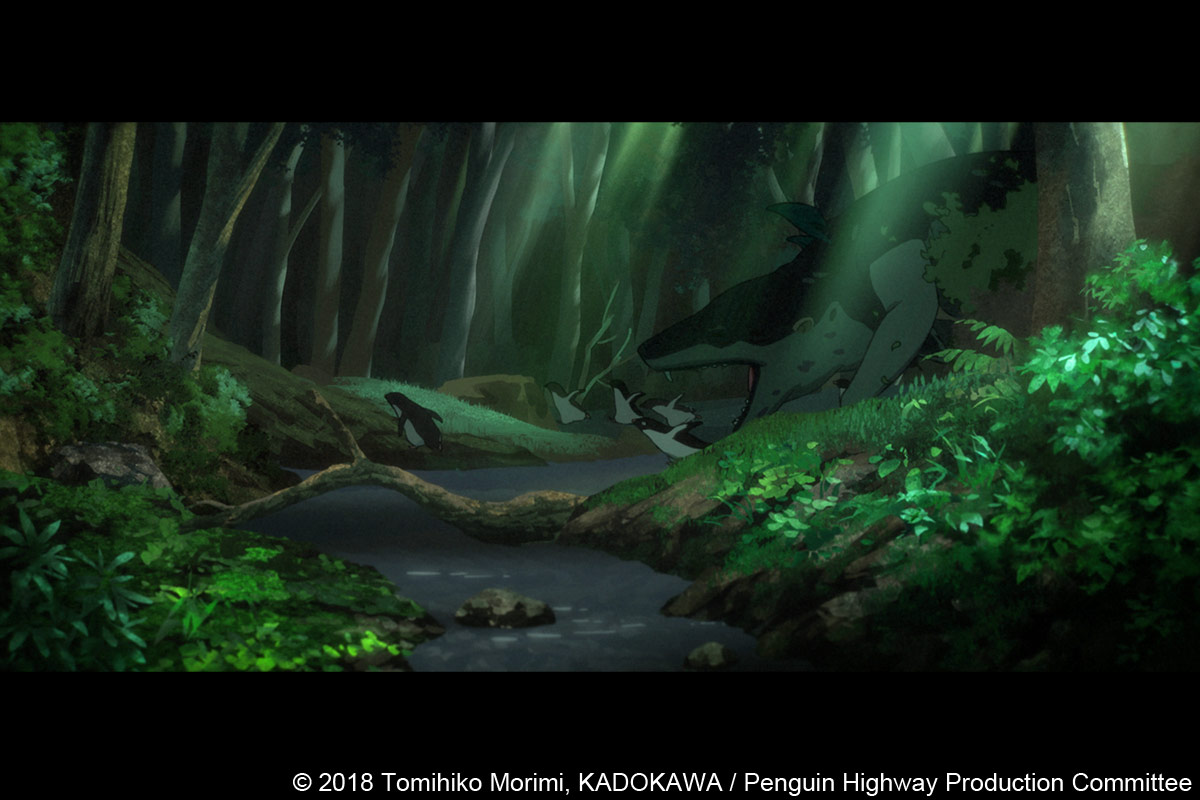